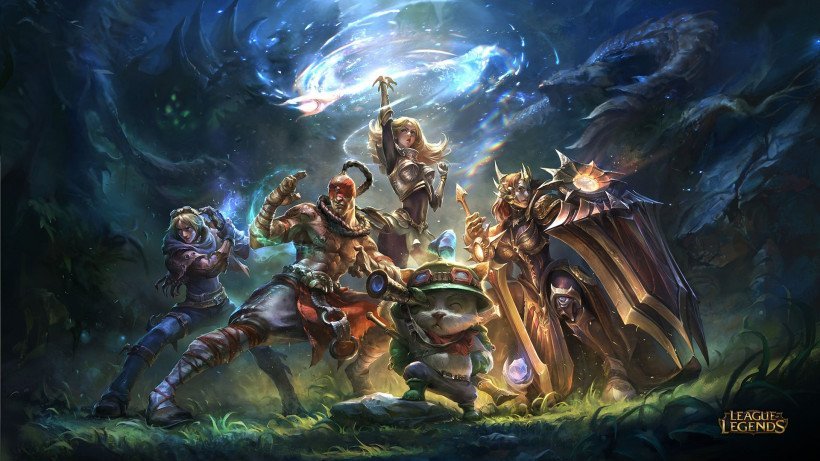 Gloss over the kingpins of eSports and you’ll definitely go face to face with League of Legends. Of course, being a game that has been boarding players for almost twelve years, it only makes sense for it to be a respectable titleholder within the online community. And while many have since stepped up to the plate in an attempt to dethrone the 2009 arena phenomenon, none have quite managed to amass a similar level of acclaim, despite the popularity spike bolted to the genre.

Pushing back to 2002, Blizzard’s Warcraft 3: Reign of Chaos was what inspired the League of Legends that we know and cherish today. Of course, at the time, Warcraft 3 was just about opening up to inspire the likes of Dota and other ambitious works. However, after Riot Games acquired Steve Feak (Dota: Allstars) to help flesh out a standalone title, the work was fast-tracked, and League was finally born. Push forward several years and the MOBA gem found itself sitting upon a throne of everlasting success. Even in 2021 — LoL still reigns supreme without a rival to shy over.

League of Legends: In a Nutshell

League of Legends follows a 5v5 pattern, where each time takes hold of a base on either side of the map. Each player assumes the role of a “champion”, all possessing a specific wheel of abilities. By combining the abilities and mapped-out resources, each faction can work together to destroy the opposing Nexus in order to claim victory. However, to reach each Nexus, both teams must shovel through the three connecting paths that link the two encampments. Along the way, of course, is a flow of Minions that flush out of each camp, as well as a jungle brimming with neutral monsters, turrets and inhibitors.

After each player fills the shoes of one of the available champions, the only option moving forward is to snag kills and hoard gold to purchase new items, and experience to upgrade levels and abilities. Of course, being a game that revolves around efficiency, time is a crucial factor in which each team must battle it out for the throne. Levels and abilities must be acquired with haste, as one minor fallback can lead to the opposing team claiming the win. The first to rid the rival of their central hub dominates the board.

To put it simply — League of Legends is played on PC. However, Riot Games did release the game for Mac users in 2013, with the added ability of cross-play. Unfortunately, the player base surrounding the OS front does only pick up a fraction of the overall population, rendering the Mac platform somewhat unworthy of competitive tournaments. And so, going by that, a typical bout will resort to Windows to host the series of matches.

Of course, Riot Games did go on to develop the mobile version of the game, League of Legends: Wild Rift — though that’s another story altogether. All you really need to know is that the PC user base is the bulk of the overall residency. Mac users, on the other hand — not so much. But that’s pretty standard in the gaming industry, to be fair. No offence, Apple fans. We’re simply going on facts here.

Being one of the biggest and most played games in the eSports domain — it comes as no surprise when we clock the enormous figures that lap around each passing tournament. Take the League of Legends World Championship, for example. Although declining in overall numbers in terms of recent prize pools, LoL still stacks upwards of a few million dollars in each passing packet. And that’s just one tournament, amazingly enough. As for the remaining bouts littered around the globe, well — the player base isn’t exactly starved of competition that’s for sure.

League of Legends has been lining pockets and dishing up sellout events for well over a decade now, sealing its place as one of the most influential multiplayer games ever made. Even in 2021, as Riot Games branch out to new worlds and fresh concepts, LoL still stands at the forefront of their evolving portfolio, with content forever being packed into its long-standing legacy. 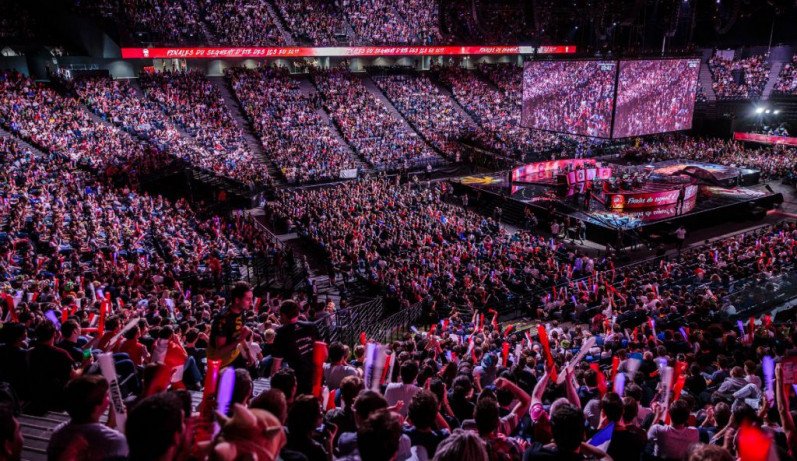 League of Legends pulls in some of the biggest crowds ever seen in the eSports world. Evidently.

First and foremost, League of Legends is best soaked up through live streams, which you can find on almost any corner of the gaming world. Twitch, YouTube, LoLEsports — to name but a few. Each of these jam-packed platforms is flooding with past tournaments, current play-offs and local bouts built between professional teams. Plus, LoL rarely ever sees a slow season, meaning you can access content 24/7, with tournaments being held almost every week. And then some.

Another major thing to take on board is the gameplay itself. And believe us when we say — League isn’t exactly an easy game to follow. At least not from a spectator view, anyway. Of course, the concept is relatively simple regarding the Nexus, though the number of details laced between champions and camps can be a little confusing for a newcomer. And so, going by that, physically playing the game for yourself can only increase your chances when sinking into the betting domain. Do that, and perhaps spend a boatload of time digging through the professional teams and individual stats — and you’re on the road to success. Hopefully.

Ready to place a bet? Well, you’re in luck. Take a gander at almost any betting site and you’ll quickly notice League of Legends sitting merrily somewhere alongside the banner. Of course, it wouldn’t hurt to reel through the player stats and odds before committing to the wager. But that decision ultimately lies with you. Good luck!

Finished with League of Legends? Looking to gain an edge elsewhere? Why not take a look at one of these:

Related Topics:BettingeSportsLeague of Legends
Up Next