How to Play Keno for Beginners (January 2023) - Gaming.net 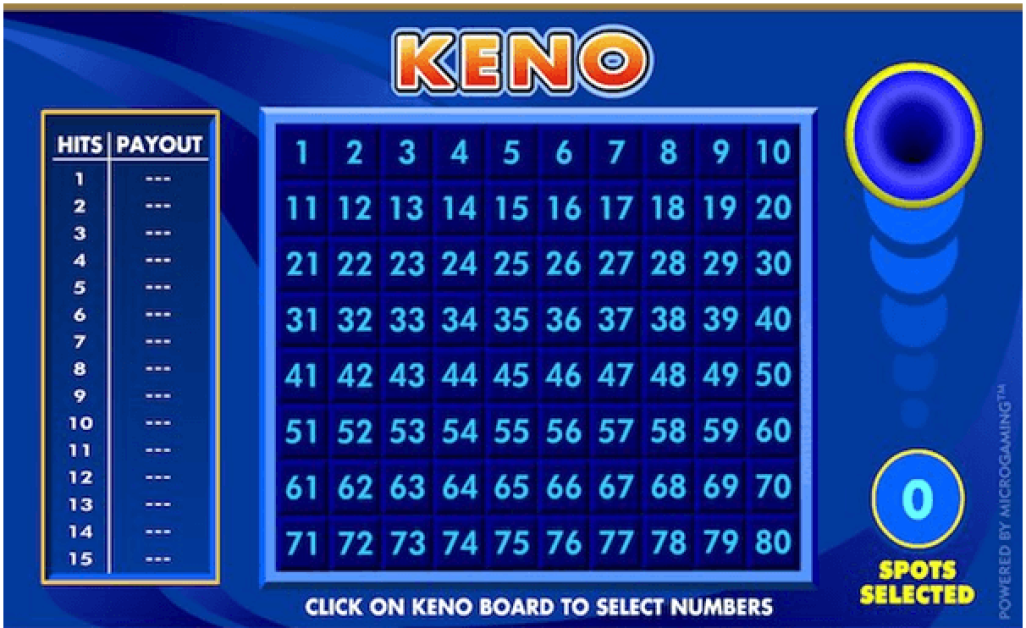 The modern-day gambling industry features a seemingly endless supply of different games. Some are completely different from one another, while others are simply different variations of the same game. But, one thing that ties them all together is that they are entertaining, amusing, rewarding (if you win), and altogether quite popular.

These games came from different parts of the world, emerging in different periods of history. They changed and evolved over time, some more, others less, to the point where some of them barely resemble their original form, while others have stayed almost exactly the same for hundreds of years.

When it comes to Keno, the game as we know it today is somewhere halfway between the two points. It originally emerged in China at a time that cannot be precisely pinpointed. However, it is known that it came to the West in the 1800s, brought by the Chinese immigrants who came to the US around this time.

The evolution of keno

In its original form, Keno was played with 80 Chinese characters, but when the US picked up the game, the characters were replaced by 80 Arabic numerals, which we still use today.

In Nevada, for a time, at least, Keno had each of the 80 numbers accompanied by the name of one of the racehorses, and this association with racing even led to the game becoming known as ‘racehorse keno.’ However, this association was removed in the early 1950s, after the tax on off-track horse beting was passed in 1951.

Operators were concerned about their game being mistaken as horse betting, and so they quickly reacted, changing the game once again. Of course, Keno did keep some elements from those days, as it is still an important part of its history in the west. To this day, racehorse keno remains present, if vaguely, in the game, which is why you may find it in many casinos where they still call each game a “race.” Betting on multiple games at once is known as buying a multirace ticket. So, you see, even if keno is no longer associated with horses and horse racing, the history of the game’s evolution survives through the language that is used to date.

Keno remains a popular game in the United States, especially in Nevada, where pretty much all casinos have keno lounges. The game today uses modern technology involving an air blower that forces out numbered balls that determine the winner completely randomly. There are even live keno lounges in many tribal casinos in the upper Midwest, and for nearly 30 years now, even Atlantic City had live keno available for betting, ever since 1994.

There are also video versions of the game, which can be found virtually anywhere, although they are the most common in riverboat casinos. These video versions have grown to be quite flexible, with some of them featuring bonus rounds in the video slot age. All in all, keno has been around for only about 200 years in the west, but during that time, it became an extremely popular and permanently integrated part of the Western gambling culture.

How to play keno?

If you have never played keno before, let’s brush up on the rules, bets, and other aspects of the game.

Essentially, when it comes to the live version of the game, the players are allowed to mark anywhere from 1 to 20 numbers on an 80-number card. The numbers are arranged in 8 rows, each of which has 10 numbers. The player can then visit the keno writer with their card and place a bet, essentially betting that their selected number will be drawn.

An alternative to this approach is that the player — who might be sitting in the casino restaurant but still wishes to bet — can mark the numbers on their card and then give it with the bet to a keno runner. The runner’s duty is o then take it to the keno writer, who accepts the bet, and then gives the ticket to the runner, who brings it back to the player.

The bet is in multiples of the house minimum, and these days, that is usually $1. When the game starts, a total of 20 numbers get drawn, and the winning tickets receive payments according to a table that predicts how much you get for a certain number of numbers that you guessed correctly. The table varies from one house to the next, so there is no way to say how much you can win, as there is no fixed payback percentage that could be used to calculate an average payback.

If betting on keno sounds like something you might enjoy, you should also know that there are several types of bets in the game that you should consider. For example, you have:

The first type of bet that we wanted to talk about is a straight ticket, where you basically just bet on the numbers marked as a single wager. It is the simplest way to play, although most experienced players like to bet on more combinations. One of the more popular methods is known as the Way Ticket. Essentially, you mark around six numbers, splitting them into two groups of three, and mark on the side of the ticket “⅔, ⅙” What this You then bet $3 in order to have a $1 wager on each of two three-spot combos and on the six-spot.

Then, you have the King ticket, where you circle a single number. This number is known as the king, and it is used in all combinations marked. So, let’s say that in our previous example, there was also the seventh number that was circled. That would have been the king, and if you mark 2/4 and 1/7 to bet two four-number combinations, the king would have joined each of the three-number groupings.

Moving on, we have combination tickets for players who mark multiple number groupings. For example, let’s say you have a ticket with two, three, or even four-number groupings. You can play them as ½, ⅓, ¼, ⅕, ⅙, 1/7, or 1/9. In order to play $1 per game, you would have to wager a total of $7 for the entire ticket.

Another thing to keep in mind is that a lot of keno games feature progressive jackpots for big bets and for higher-number totals. Sometimes, the progressive jackpots can go quite high — high enough for the house to actually offer more than a 100% payback. Back in 1994, there was a jackpot on a $2 eight-spot ticket that went beyond $200,000 in one Las Vegas casino.

At a keno game with a $250,000 jackpot cap, the player’s edge would be 17.4%. Of course, that does not mean a player can just steadily win at a 17% rate, but the results can vary quite significantly over a relatively short period of time. Players can hit eight-of-eight only once per 230,000 trials, on average.

Most, if not all, casino games can be played using some kind of strategy meant to increase the players’ odds or to reduce the house edge. When it comes to keno, the returns are too infrequent for anyone to play the game professionally. It is meant to be a relaxing, casual game you can play over breakfast in the casino coffee shop or over cocktails in the evening, and a game or two per day is more than enough for most people.

However, as always, there are some who are on a tight budget, and keno is one of the most affordable games for them. These players tend to sit in the keno lounge, drink their free drinks, and continue playing game after game, one dollar at a time. It is a pretty inexpensive way to participate in a betting game throughout the day and still have a good time, with the potential to win small rewards.

But, there are also those who may want to give it a shot and play the game seriously. These players tend to go from one casino to the next, compare pay tables, and play wherever they find the biggest rewards, which is pretty much the only strategy you can use. There is no efficient strategy for choosing the winning numbers, and anyone who tells you otherwise is either mistaken or a fraud. Any number is equally as likely to be drawn as any other, so there is nothing that you can do to boost your odds here. All you can do is ensure that your reward will be the highest possible if you happen to win something.

Finally, we mentioned earlier that there is also video keno as one of the options. The video version of the game does not differ at all from the regular one. You still have the same 80 numbers arranged in the same way, and the only difference is that you are using a screen instead of a piece of paper to play the game. All you need to do is touch the screen, select your numbers, and play.

The good news is that pay tables at video keno tend to be better than those at live keno, but video games also progress much faster, so there is a chance of you losing more money per hour this way. Video keno grew after the growth of slots, and it has seen quite an increase in popularity. You can play both dollar games as well as quarter games if you wish to spend less money per game and potentially reach your limit slower.