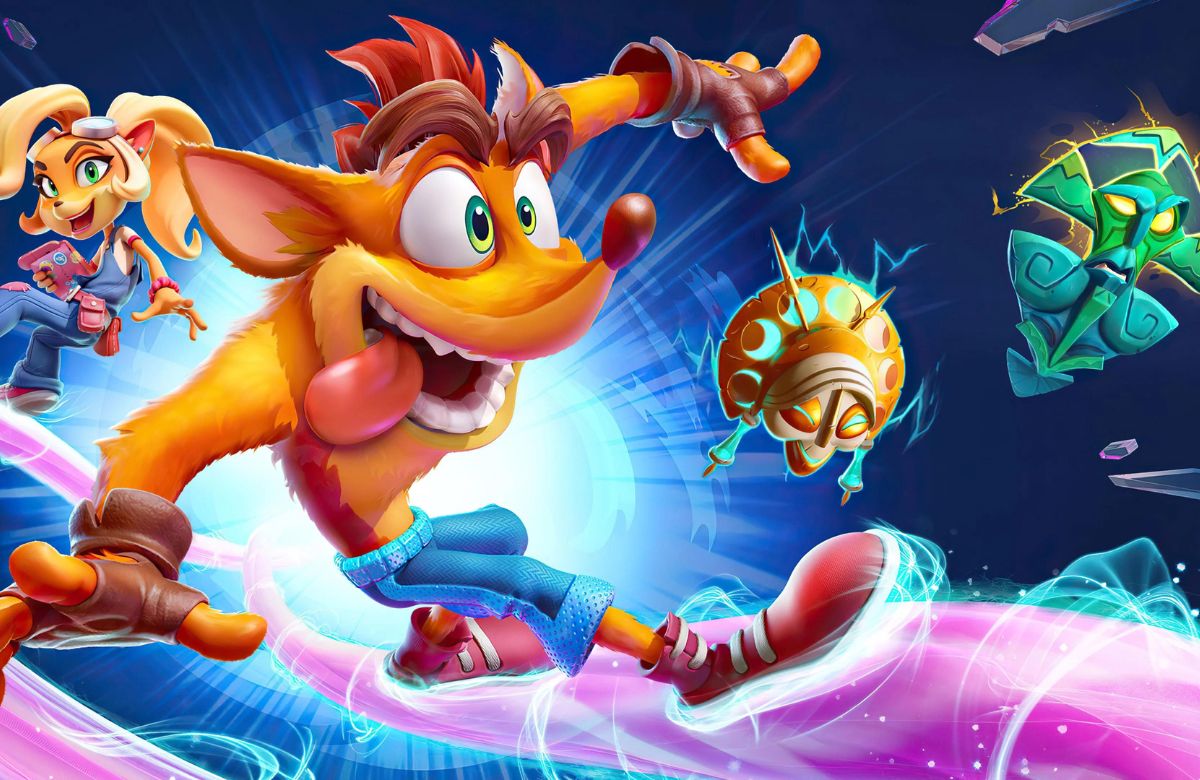 When Crash Bandicoot hit the market, children couldn’t keep off. The good vs. evil, boy-spirit duos tickled players at the right places. In time, the game saw significant developments that it was unofficially dubbed ‘Playstation’s Mascot.’ However, the franchise had made some infamous releases that accrued massive criticism. It later went silent for a while with no new releases, leading many to believe it was the game series’ death.

However, in 2017 after many years, Naughty Boys released Crash Bandicoot The N. Sane Trilogy. The latter features a mix of the old Crash Bandicoot episodes to take players back into the nostalgic early successful years. The magnificent layout of the game was enough to cause the rebirth of the Crash Bandicoot series.

Now, Crash Bandicoot is quickly regaining its glory with a trail of releases already on the market. And despite the few inadequate entries, the current fanbase is proof of the success Crash Bandicoot has had over the years. With that said, let’s rank the five best Crash Bandicoot games of all time.

Crash Bandicoot: It’s About Time is one of the major releases in the franchise. The game is also a recent release that is quite famous and loved. Featuring a series of animations that are unique in gaming, the game is an ultimate catch. It features a new twisted narrative where Crash and his alliance are out to stop Cortex.

In this story, Cortex is back to his evil roots and plans to recover the masks from enslaving the universe. Additionally, Crash is in alliance with three characters, one of whom has been a nasty guy from the previous games. The new alliance’s task is to identify and collect all the masks before Cortex gets to them. And as you take on your journey, Crash Bandicoot: It’s About Time, takes you into an era of nostalgia. Therefore you’ll feel like you’re in the good old days but with improved and clear graphics. It’s a win!

The game that brought the rebirth of the somewhat dying name needed to be a hit, and it was. Crash Bandicoot: N. Sane Trilogy is a nostalgic experience of some of the earlier magic in the games. Crash Bandicoot: N. Sane Trilogy takes us back to the beginning by merging the first three episodes of the franchise. The game being a remaster, took characters from the latter years and placed them in a new world. It reinvents the game modes like jumping, riding, and driving airplanes as in the first games.

The remaster creates a narrative and game layout that smoothly welcomes new gamers while reminding nostalgic gamers of what it used to be without becoming boring. Crash Bandicoot: N. Sane Trilogy is unquestionably a masterpiece in its own right, given how much the trilogy was a masterpiece.

To spice up your experience, the game has multiple levels with different racing needs. However, the variety does not make the game challenging. In fact, this is one game that truly depicts the franchise as children’s gaming.

As the first game in the franchise, Crash Bandicoot understood its assignment. Naughty Boys created a game that appealed to the deepest desires of young children in the 1990s. And, true to its intent, its release quickly captured the attention of many, and gamers began boasting about their prowess to their classmates at school and at home.

The game design captured the essence of the story that we’ve come to associate with Crush games. It had good graphics, easy controls, and eye-catching color schemes. There are 30 levels in the game: running, jumping, and spinning.

Players can move from aircraft into the underwater and land-level quests. These quests also generate a unique set of challenges, such as flying, riding a motorbike, or even touring fields on a polar bear. Additionally, the game received a massive shout-out for its impeccable stats. At the time, its gameplay featured fantastic graphics, a large environment, excellent music tracks, and a clever storyline. The gamer, like its previous incarnation, had to collect crystal stones before the enemy found them and destroyed the community.

Although the game’s dynamics made it quite appealing, they also made it difficult for children. Riding a motorbike on the game’s bumpy terrain, for example, was tiresome. Nonetheless, playing Crash Bandicoot: Warped was a dreamy and rewarding experience, especially after completing any level.

Do you agree with the list of the best Crash Bandicoot Games  Share your thoughts with us our socials here or down in the comments below.

Related Topics:Crash Bandicoot Games
Up Next

5 Video Game Collectibles That Will Make Your Wallet Weep