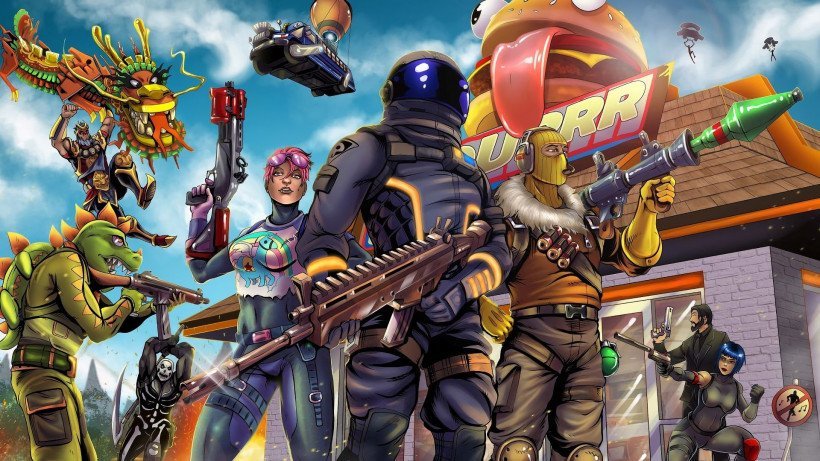 Gamer or not, you’ve probably encountered a round of Fortnite at some stage in the last four years. Although to be honest, it’d be pretty difficult to avoid it with the amount of media coverage it gets on a daily basis. Plus, with a constant flow of content being flushed into the platform, it’s sort of hard to miss such a prominent kingpin within the multiplayer domain. And as far as tournaments go, well — the battle royale world is bigger than ever — with twice the amount of bouts and internationally recognised events than before.

While 2021 might not be the biggest year for Fortnite in terms of monthly active users, it does remain a definite staple on the eSports front. With a total of 350 million users subscribed to the Epic Games phenomenon, people are still swarming the critically acclaimed world to soak up the latest updates that get uploaded on a regular basis. And now, as it stands, Fortnite has amassed a whopping $30 billion in revenue, making it one of the best-selling games on the market.

Fortnite: In a Nutshell

Fortnite, in a nutshell, is a battle royale game that launches 100 players into a world that spans 3.5KM in distance. Fleshing out with luscious woodlands, mining towns, lake retreats and randomized structures, each player must thrive to be the last one standing in a free-for-all skirmish. However, rather than diving into the battle with a complete loadout and a higher chance of dominating from the get-go, players must scavenge the nearby settlements for loot and gear to help sway the tide.

Of course, time does play a major role throughout the match, as beating around the bush can lead to a relatively quick death — made quicker by the fact that the map shrinks with each passing minute. However, after the grounds have been established and the wheels are in motion, players are able to build a fortress using the supplies they’ve gathered, or resort to boxing themselves in until the hourglass reveals its final grains. Until then, it really is just all-out warfare, plain and simple. The last one breathing snags the victory. Simple.

It’s fair to say that Fortnite isn’t the most innovative concept in the gaming industry. In fact, we’ve seen similar games rifle through the chamber and shot out at least a hundred times before. That being said, while Fornite isn’t a pioneer to the renowned genre, it does boast the odd quirk that other titles fail to locate. For example, Fortnite allows players to build structures using the resources retrieved from the surrounding settlements. By doing so, the odds can easily be turned in the players favor when going toe to toe with an approaching enemy.

Although Fortnite does rustle up a few charming extras to the scene, the overall concept doesn’t deviate from what we’ve all seen before. 100 players are ultimately launched from a flying bus (yes — a flying bus) into an enormous arena with nothing but their bare hands and black and white goal engraved into their heads. Survive at all costs, build structures to your advantage — and do whatever it takes to evade the almighty Storm Eye, which essentially crunches the map down to the final stand-off location. Simple enough, right? Well, kind of.

Of all the eSports events in the world, Fortnite definitely stands as one of the wealthiest. Even for a game that launched back in 2017, the years leading up to now have been overwhelmingly kind to the battle royale chapter. With some of the biggest streamers backing the online front, Fortnite has become a complete cash cow for both fans and multiplayer fanatics alike. Of course, without the competitive events to back the success of the game, there really wouldn’t be half the amount of hype to escalate it, to begin with.

Epic Games, while devoted to several other titles under their evolving belt, do like to keep the Fortnite calendar plastered with events throughout the four seasons. With that in mind, the one to keep a firm eye on is the Fortnite Champion Series, which puts out a bid to locate the best players from all regions of the world for one major showcase.

Events typically come with a variety of categories, ranging from solo bouts, duos, trios and squads. The best of the best ascend the leaderboard and thrash it out over one explosive grand finale, where a rather hefty sum of winnings lay in wait. And, I’ll be honest with you — those hefty sums do usually sit around the $3 million band. 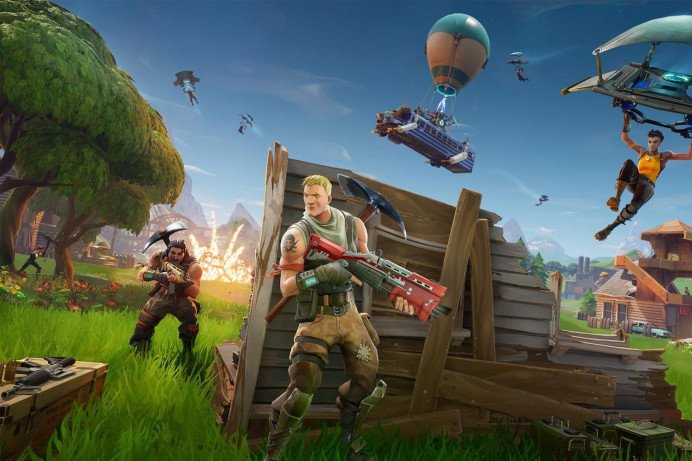 Fortnite has been raking in players by the boatload since 2017.

One of the great things about Fortnite, other than the mouth-watering prize pools that swarm each event, is that it can be played on pretty much every platform, Android included. However, while anyone can dive into the action from any section of the world, eSports events do typically gravitate towards console users, namely Xbox and PlayStation, with very little slack for PC ports. Of course, Epic Games do make the effort to incorporate the whole roster as opposed to fleshing out a single platform, though the Microsoft and Sony factions are undeniably the most used.

While the battle royale theme is relatively easy to follow in terms of gameplay, goals and winnings — there is a lot more to take on board before sinking into that burning pocket of yours. Of course, getting to know the player base that keeps the platform afloat is the primary objective here, with the secondary task gravitating towards the dozens of live streams that flood most gaming platforms. By shovelling through plenty of gameplay hours and taking note of what makes each professional player tick, that next bet can effectively feel less risky.

Oh, and let’s not forget the fact that Fortnite is also a free-to-play game, meaning it won’t cost a penny to sink some personal hours into the game and iron out the kinks for yourself. Add Twitch and Fortnite Tracker into the mix and you’re on your way to the next big payout. Here’s hoping, anyway.

Looking to place a bet on an upcoming tournament? Why not take advantage of the offers from one of these sources?

Looking to gain an edge elsewhere? Why not take a look at these: