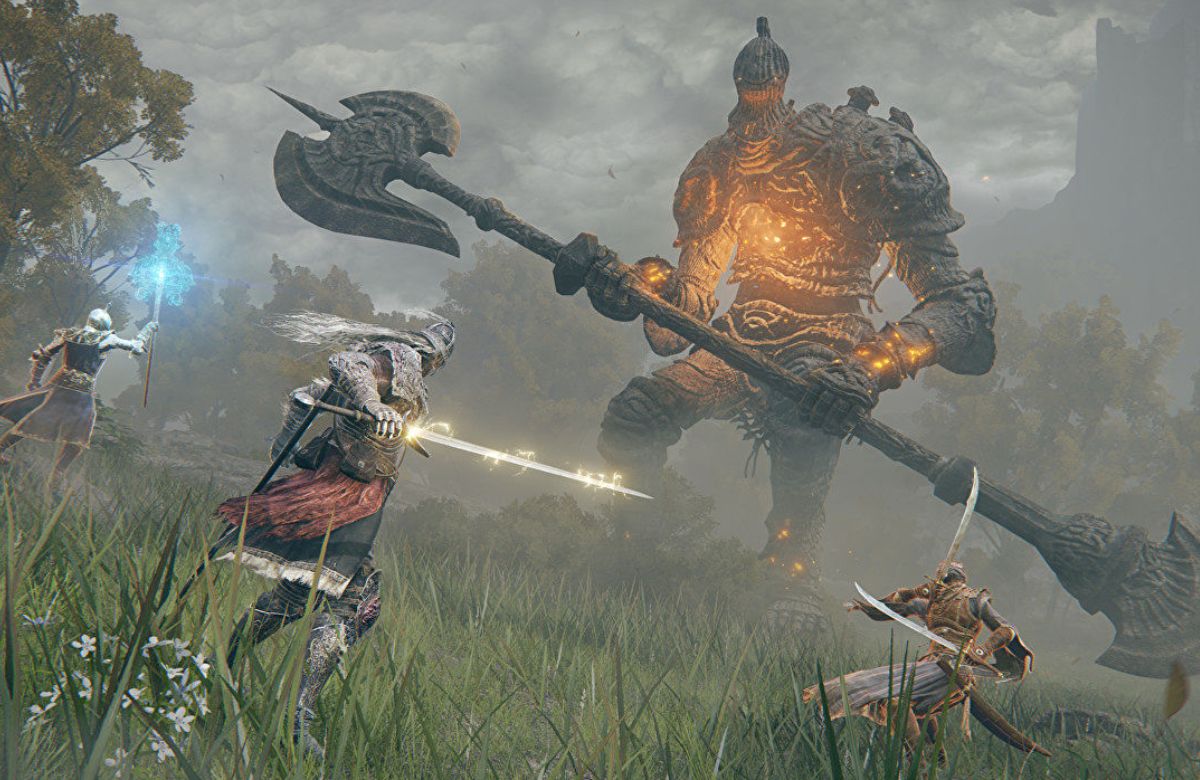 In Souls-like games, there’s no getting away from weapons. The only way to get through the intense difficulty curated to punish your every move is to wield the most powerful weapons at your side. Fortunately, Elden Ring presents a variety of weapon types to get you through to the top.

Each weapon in Elden Ring presents varying levels of strength, dexterity, intelligence, faith, and catalyst. These are specially designed to scale better based on your character’s build. But some weapons transcend all categories, serving you well whenever you need them the most. Also, note that some weapons are so powerful that you can only unlock them once you defeat the final boss.

In this article, I’ve considered all weapon types, whether fist augmentation, sword classics, daggers, or halberds, as well as weapons for early gamers, best strength, best dexterity, and so on, and in the end, compiled the five best weapons in Elden Ring that will instill fear and deal the most damage to your enemies. Let’s go.

The Sacred Relic Sword is a must-have if you’re an ambitious Elden Ring gamer looking for the best of the best. Its reach is beyond compare, and its attack will both purify and make your opponents bleed for mercy. In itself, you can always feel confident dealing holy plus physical damage. But how can you when you can take it up a notch with its special, unique skill: the wave of gold?

The wave of gold is exactly how it sounds. Using the Sacred Relic Sword, you can unleash a giant wave of gold-like light, spreading out toward your opponent in the form of an arc, and leaving them nursing severe damage. And with constant upgrades, you won’t need to spend too much. The Sword of the Night and Flame is a standout in its category because it’s one of the most powerful straight sword weapons that most character builds can wield comfortably and a magical weapon that can knock opponents down with damage-dealing spells.

Not only magic, though. You can also deal physical damage or fire damage against enemies, creating a diverse combo perfect for the differently skilled opponents roaming the Lands Between. Whenever you want to get away with downing enemies twice your size, wield the Night-and-Flame powerful magic stance to cast out beams of fire, decimating enemies around you in one swing.

4. Sword of Night and Flame

The Sword of Sword of Night and Flame is a stand-out in its category because it’s one of the most powerful straight sword weapons that most character builds can wield comfortably, and a magical weapon that can down opponents with damage-dealing spells.

Not only magic, though. You can also deal physical damage or fire damage against enemies creating a diverse combo perfect for the differently skilled opponents roaming the Lands Between. Whenever you want to get away with downing enemies twice your size, wield the Night-and-Flame powerful magic stance to cast out beams of fire, decimating enemies around you in one swing.

Most Elden Ring gamers right now are gravitating more toward the Rivers of Blood katana, and it’s pretty easy to see why. You can not only slash/pierce opponents but also cause them to bleed, passively, in fast, consecutive fell swoops. Rivers of Blood doesn’t pick and choose enemies. Pretty much any enemy, even the big bad bosses, will plead for mercy without putting in too much effort.

True to its name, Rivers of Blood, this katana takes the form of cursed blood, wielding constantly damaging swings, which when you successively unleash many attacks using its Corpse Piler, will guarantee massive bleeding and a sure win. But before you get too excited, you’ll need to first defeat Bloody Finger Okina. Best of luck!

The Katanas hold quite the reputation for blood loss, and even though Rivers of Blood comes pretty close, there’s no surpassing the damage-dealing effect of Moonveil. It’s exactly why, during Elden Ring’s early release, most gamers would wield the Moonveil weapon for that extra edge in passively dealing with as much blood loss as possible.

We’ve got to talk about Transient Moonlight, though, which is the special attack Moonveil affords you. Once you slash or pierce your opponent, the Moonveil can fire up a wave of light that easily breaks your opponent’s poise, readying them for a consecutive, devastating, ranged attack. Add the additional passive blood loss, and even the final bosses will find it difficult to recover.

But first, you’ve got to defeat Magma Wyrm in the Gael Tunnel, have the right stats for strength, dexterity, and intelligence, and then you’ll have yourself a winner.

The only weapon that you can hold out for to guarantee the coveted “Enemy Felled” win is Bloodhound’s Fang. On all fronts, Bloodhound’s Fang excels, and very well. Its range is astounding. Its blood loss is a perfect 10/10. And best of all, early gamers can have fun with it from the early areas all the way through to the final boss fight.

Bloodhound’s Fang doesn’t need intense grinding to attain high stats. Also, don’t worry about its size because, unlike most other massively heavy weapons, this one is fast-paced and easy to get acquainted with.

And there you have it, the five best weapons in Elden Ring. Is there a specific weapon you can’t wait to try? Let us know in the comments or over on our socials here.