Tron: Identity — Everything We Know - Gaming.net 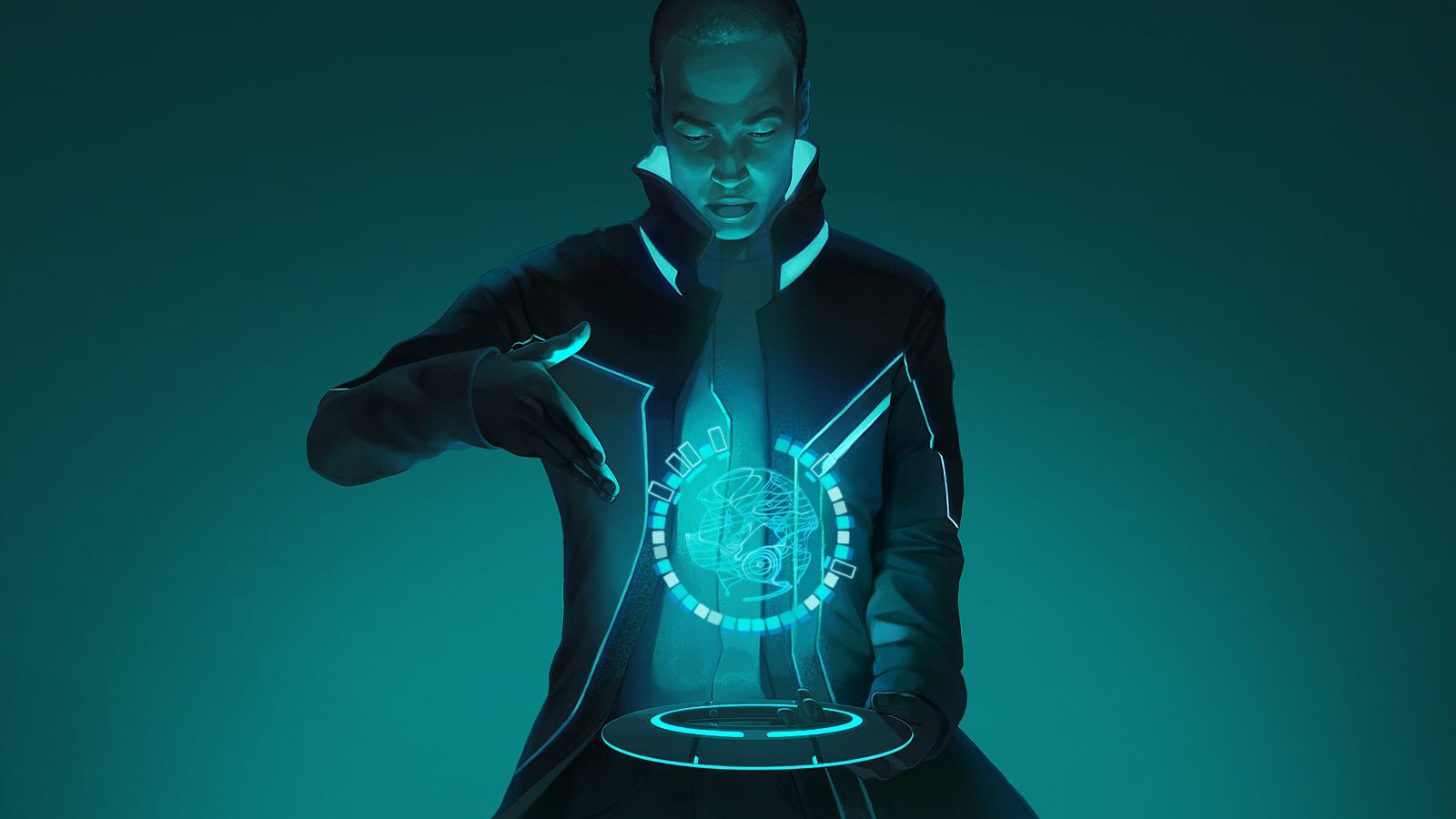 The ever-expanding network that is the Tron universe is about to get another node sewn into the tapestry, with Bithell Games returning to pilot Tron: Identity, an all-new visual novel that’s supposedly set thousands of years after the events of Legacy. With a brand new Grid in hand and a slew of server-breaking issues running amok, you will once again delve deep into the core and put your detective skills to the test.

So, what else do we actually know about this upcoming visual novel by Bithell Games, apart from the fact that it’s set in the distant future and in a whole other Grid? Well, here’s what we’ve been able to weave together since it first came to the slate back in 2022.

What Is Tron: Identity? 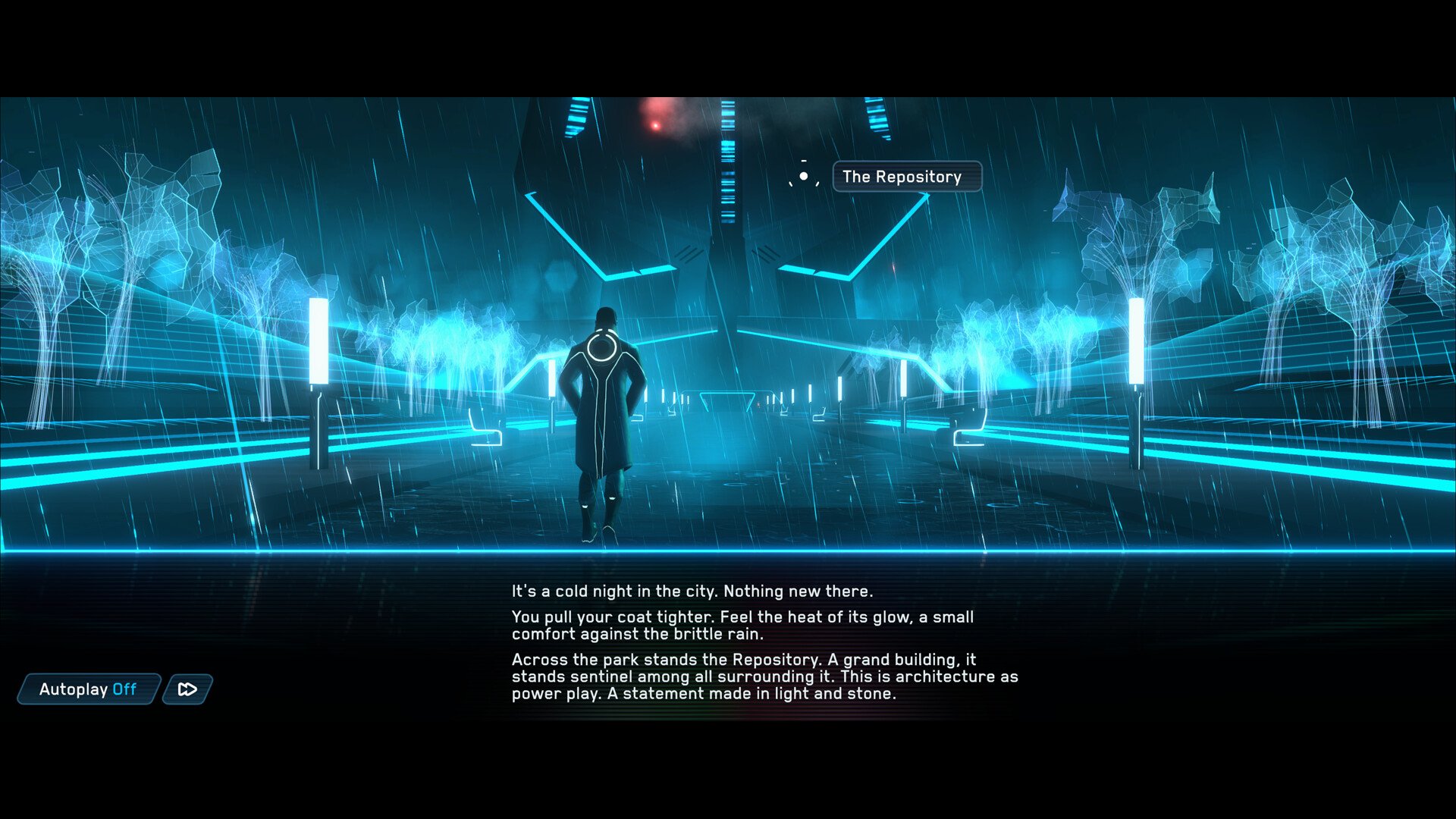 Tron: Identity is an upcoming visual novel by Bithell Games, a studio famously known for games such as Thomas Was Alone, Volume, and John Wick Hex. True to the Tron universe, the game will revolve around a never-before-seen Grid, a cyber world in which its codes live and its Servers prosper under AI technology. In this newfound Grid, you will take on the role of Query, a detective who is employed to decipher a newly implemented threat that plagues the airspace. How you go about doing this, of course, is entirely up to you.

“TRON: Identity is a visual novel adventure following Query, a detective program tasked with uncovering the mystery of what was taken and by whom,” the Steam listing reads. “Finding yourself in a world built on unstable foundations and filled with whispered knowledge, it’s up to you to question suspects and investigate your surroundings to piece together the truth.” 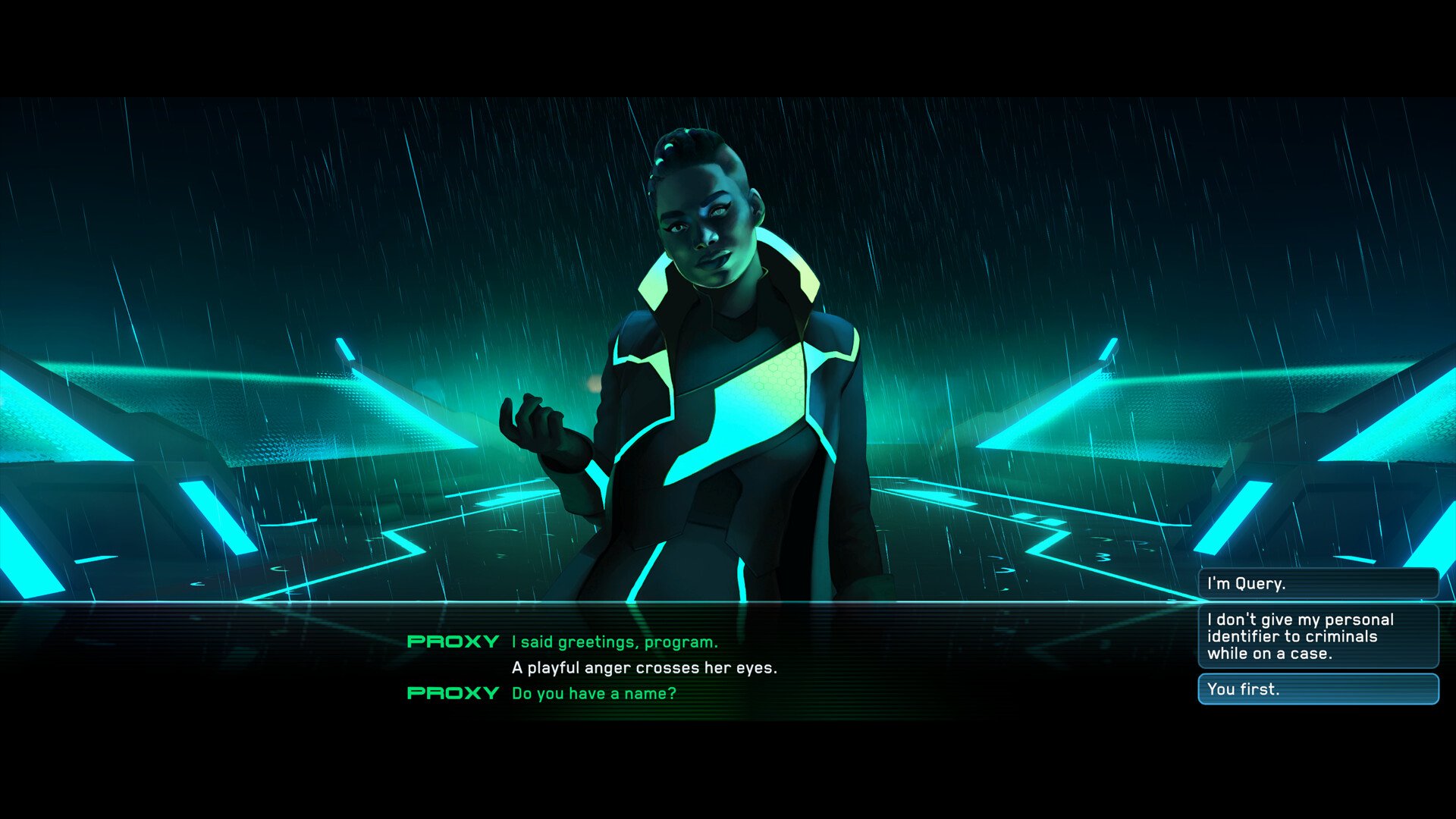 Tron: Identity takes place many, many years after the events of Tron: Legacy. Set in the center of a forgotten Grid, players will take on the role of a detective program, one who’s tasked with entering the void and figuring out the whereabouts of an unknown software. With the Grid on the precipice of collapse, you will need to band together with those still trapped in the vicinity, and delete whatever threat has emerged from the darkness.

“In a new Grid, forgotten by its creator and left alone to evolve without User intervention, an unprecedented crime has been committed. The Repository stands at the center of this society. In the aftermath of a break-in, the future of this Grid hangs in the balance.” 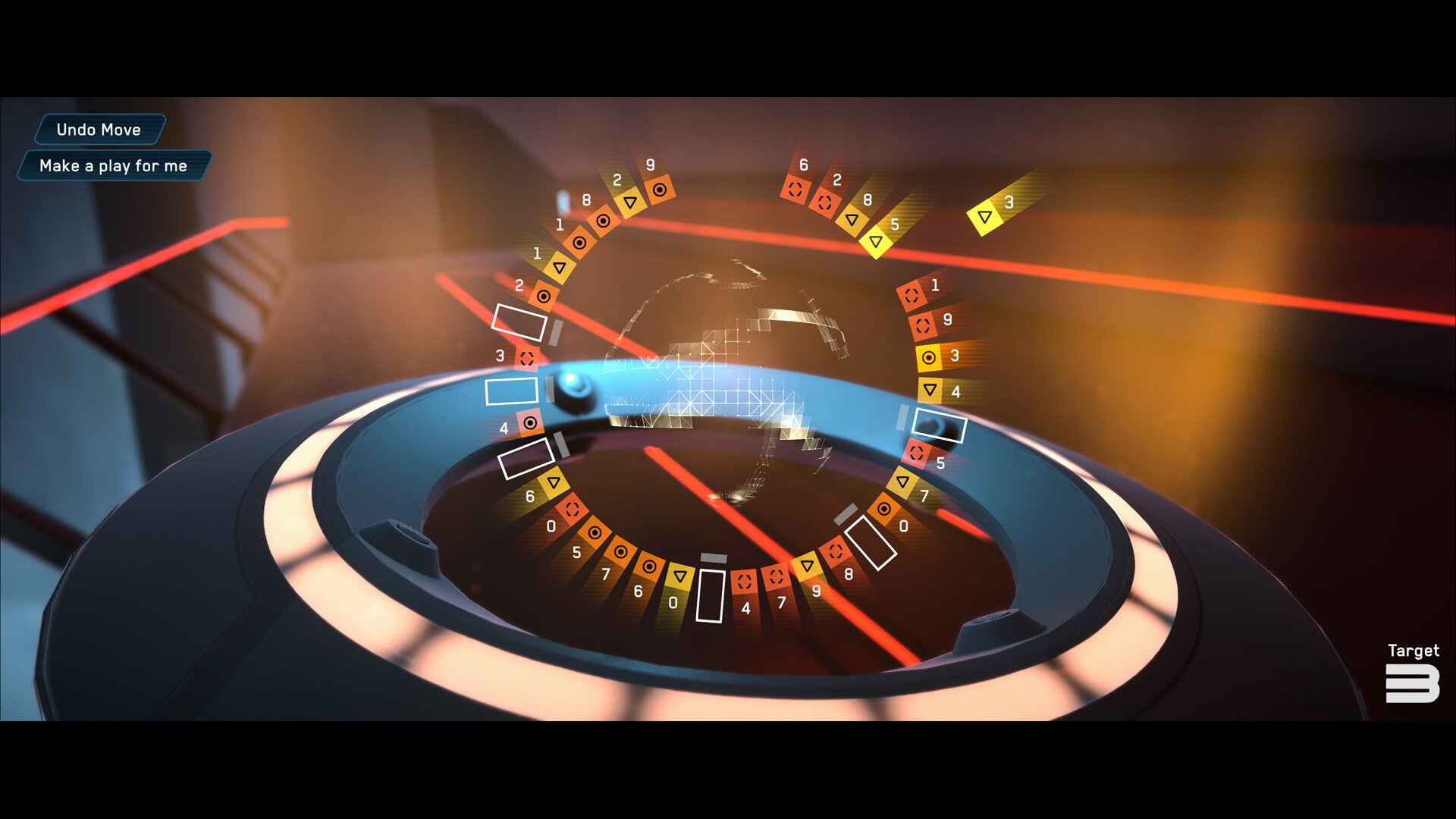 As this is a visual novel at heart, it does mean its gameplay will revolve around choice-based dialogue, puzzle-solving sections, and perhaps the occasional mini-game to boot. It’s there, in the thick of the dialogue, that you will have the opportunity to shape the narrative and carve a conclusion of your own desire. But how you reach certain forks in the road will all boil down to your personal play style and the choices you make.

“The decisions you make will actively influence the story, with a multitude of possible outcomes, good and bad – all depending on your carefully chosen words,” the blurb adds. “You’ll interact with a number of intriguing characters, and decide whether to ally with them, spurn them, or even derezz them.” 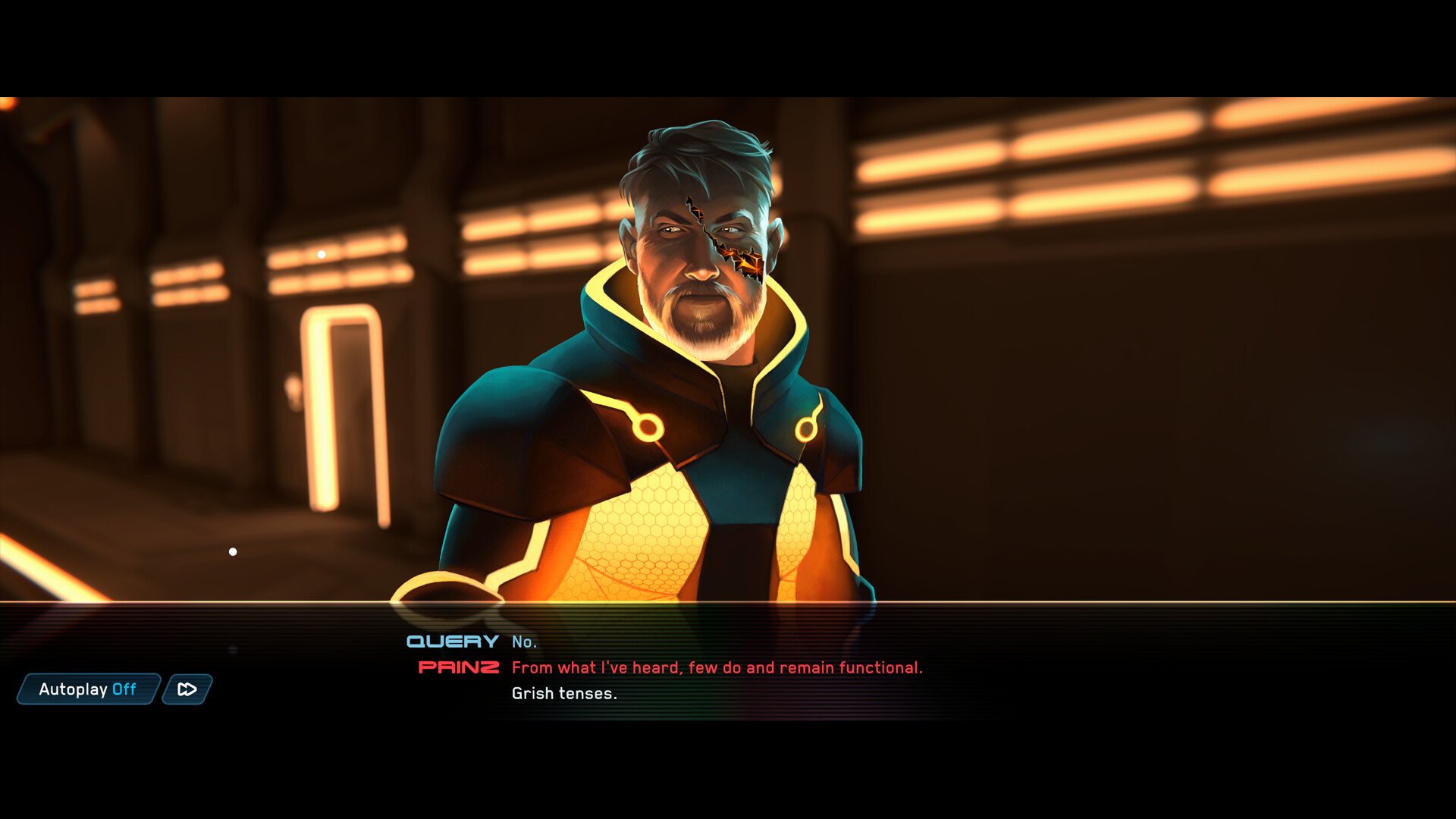 So, who or what is actually pulling the strings here? Well, Mike Bithell of Bithell Games, to put it short. As one of the most influential podcasters of our time, Bithell has more than enough tools, assets, and followers to give the Tron franchise the attention it needs. And, with the indie developer being no stranger to mystery or puzzles games, a visual novel is sure to be a cake walk for the firm. But if you’d rather take a look at some of the studio’s works for yourself, then you can always check out its online portfolio here.

It may not be the all-encompassing preview we would’ve liked to have seen, but the thing to take is away is this: Tron: Identity does, in fact, have a trailer of sorts. If anything at all, though, it basically serves only as a smidgen of teaser, and doesn’t actually give a great deal away. But for the sake of keeping you up to speed, you can see it for yourself in the embed above. 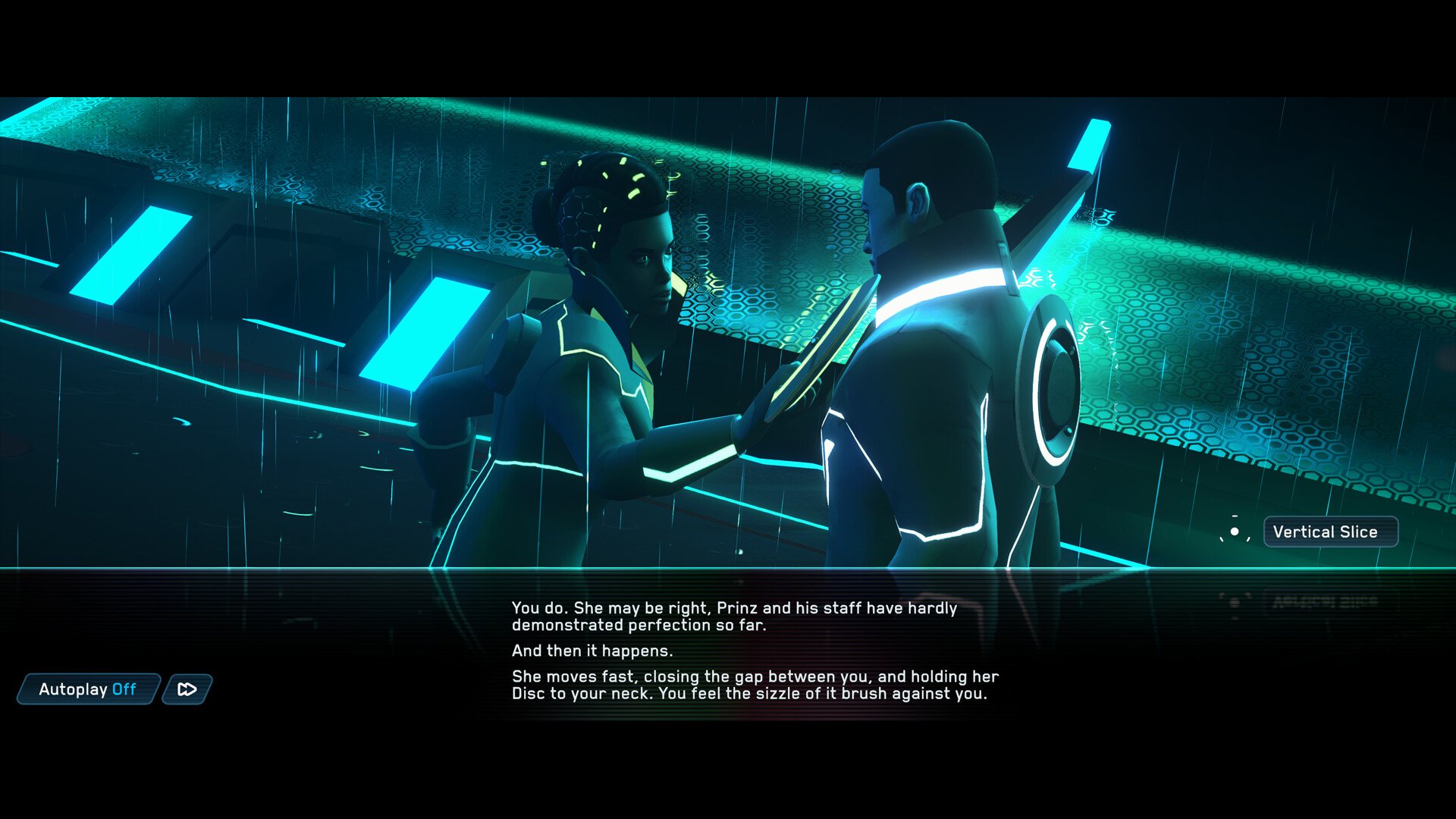 Tron: Identity will be coming to PC via Steam on an undisclosed date in 2023. Will it be coming to Xbox and PlayStation? It’s hard to say at this point. But, if it does go on to shed its PC exclusivity, though, then it probably won’t be for a fair while. Until Bithell Games make the formal announcement, however, it’s best just to make the assumption that it won’t be trialing new waters, period.

Another question that keeps bobbing its head up is will there be any any special or collector’s editions for the game? And the answer to that, unfortunately, is no. Or at least, not yet, anyway. This is subject to change, as it is with any game, but for the time being, there will not be any deluxe editions outside of its standard one. You can add it to your Wishlist on Steam right here.

For more information on the Tron: Identity launch, you could always follow the official social handle here. If anything interested pops up in the meantime, we’ll be sure to let you know all the details right here on gaming.net.

So, what’s your take? Will you be picking up a copy of Tron: Identity when it eventually releases? Let us know over on our socials here or down in the comments below.

Related Topics:Tron Identity
Up Next