If you’re a fan of online team shooting games, you have to play Overwatch. Expect an action-packed game where you have to play fast to be successful. Without neglecting your attention to possible players hiding in the shadows to eliminate you.

The player chooses a character who will be part of a team of 6 who will seek to defeat the other team and fulfill specific objectives. Simple, efficient and fun, this is truly a game for those passionate about team action and cooperation.

What is your role as a player?

In Overwatch, you can play your character in one of 4 functions: Offensive, Defensive, Tank and Support. 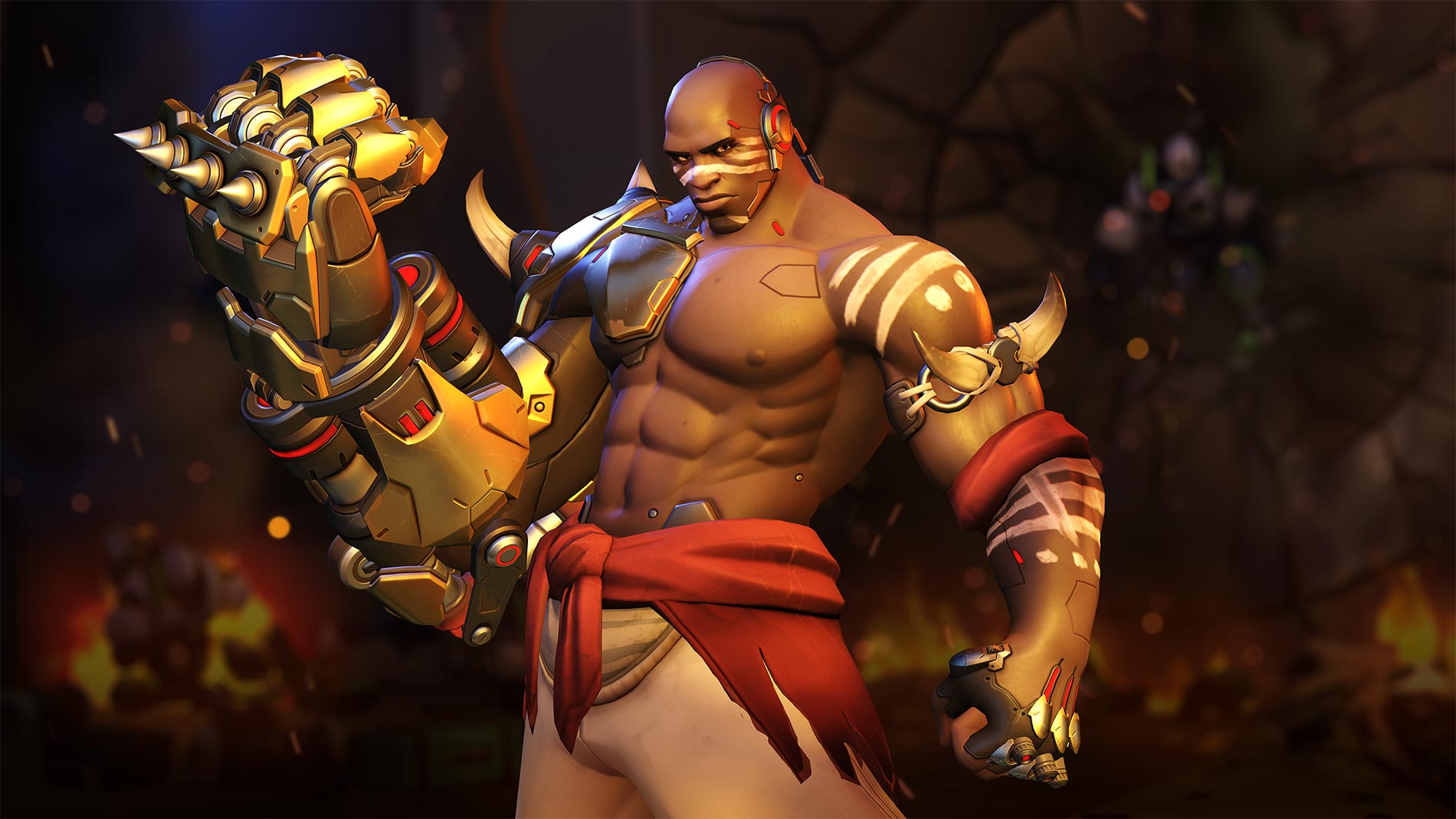 Doomfist is one of the heroes of Offensive Mode in Overwatch. (Image: Blizzard) 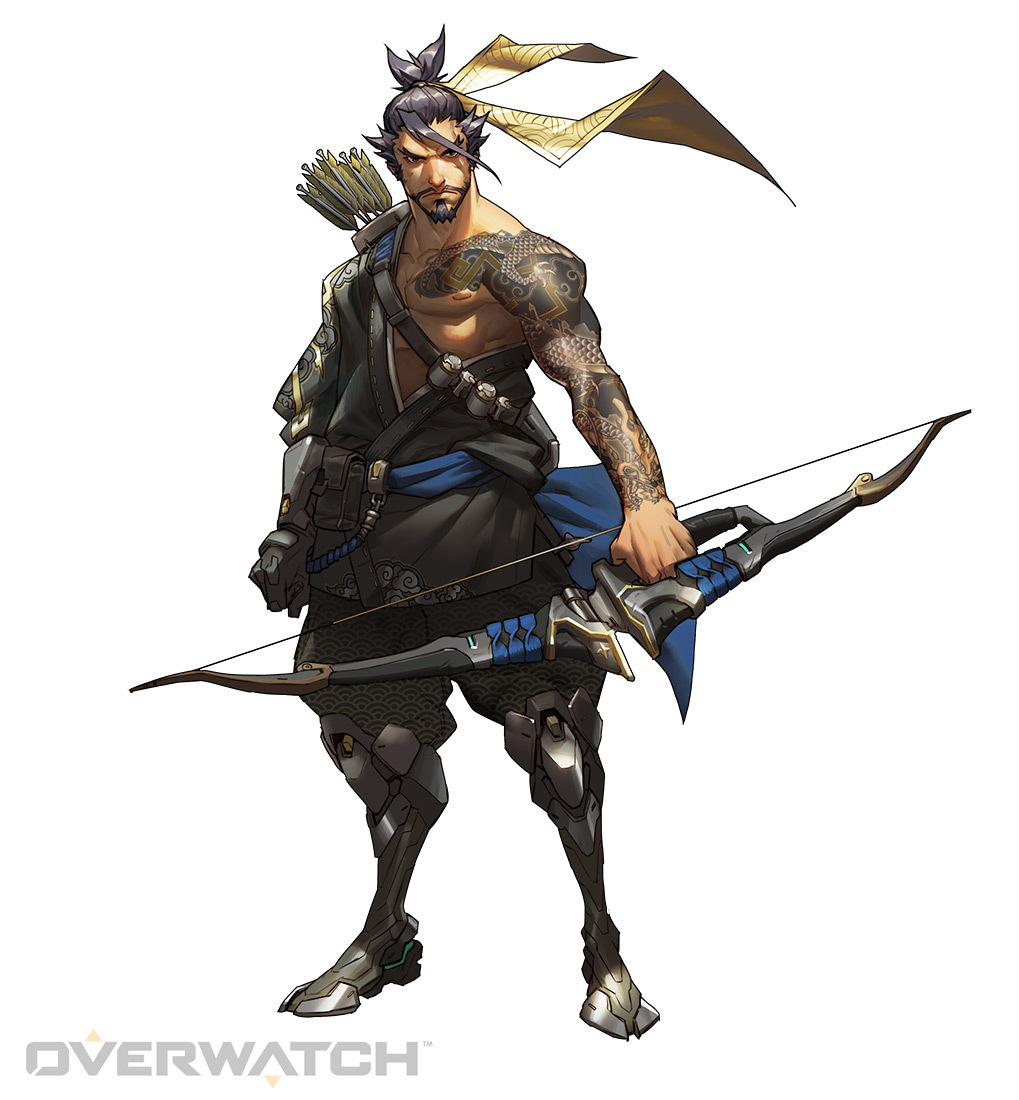 Hanzo is one of the heroes of Defense Mode in Overwatch. (Image: Blizzard)

Orisa is one of the heroes of Tank Mode in Overwatch. (Image: Blizzard) 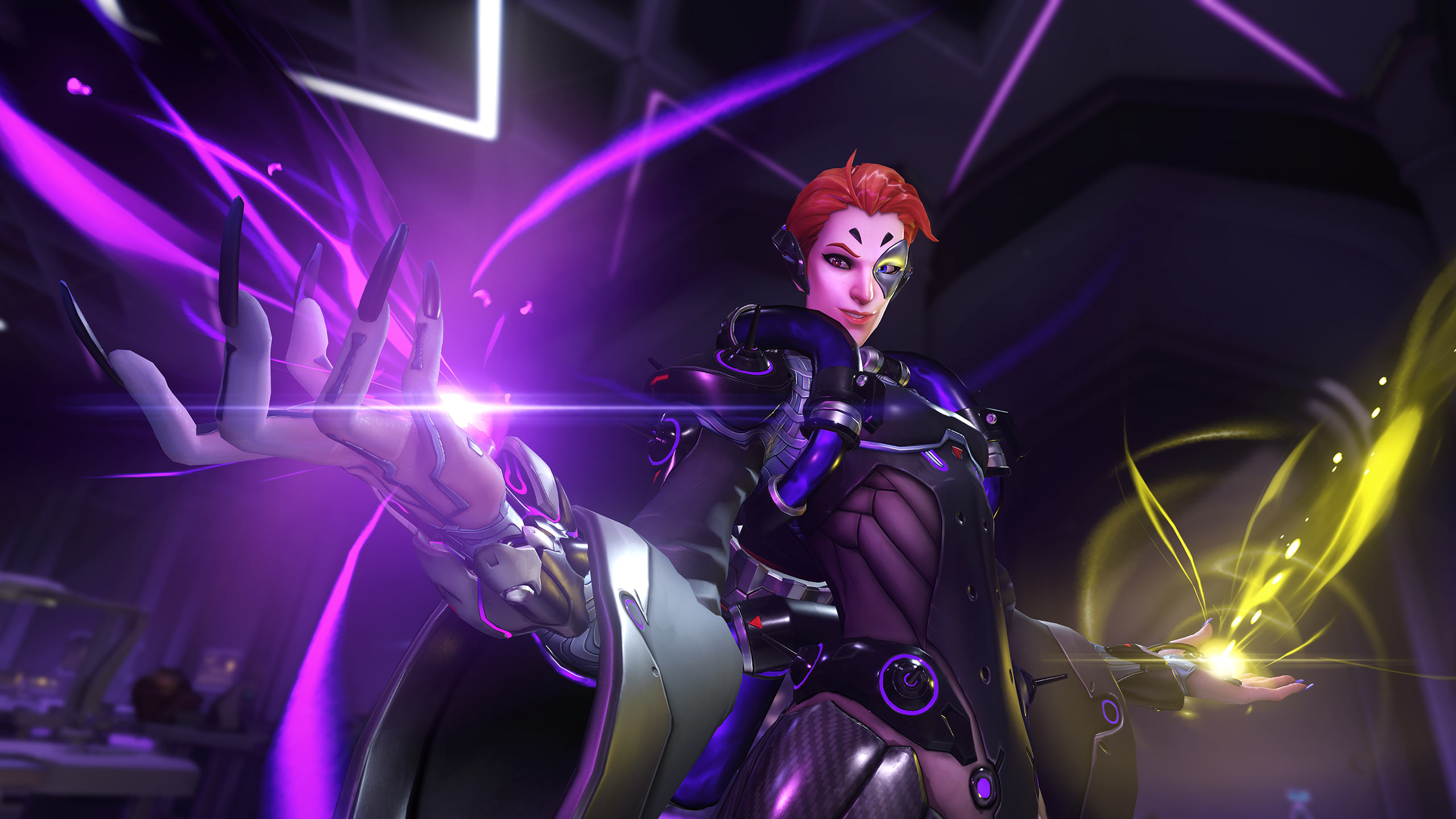 Moira is one of the Support heroes in Overwatch. (Image: Blizzard)

In the competitive, the game offers four categories of maps: escort, attack, control and hybrid. Each of these scenarios has specific rules and objectives for the attack and defense teams. Discover the competitive Overwatch maps below and understand their characteristics and rules.

On escort maps, functions are randomly defined when the map is chosen and reversed at the end of the game. The attacking team must escort the charge to the target, while the defender must stop it. At the start of each round, defenders have time to set up defenses before the attackers are released from the spawn. Once released, a countdown clock is activated, and each checkpoint reached adds time to the count. 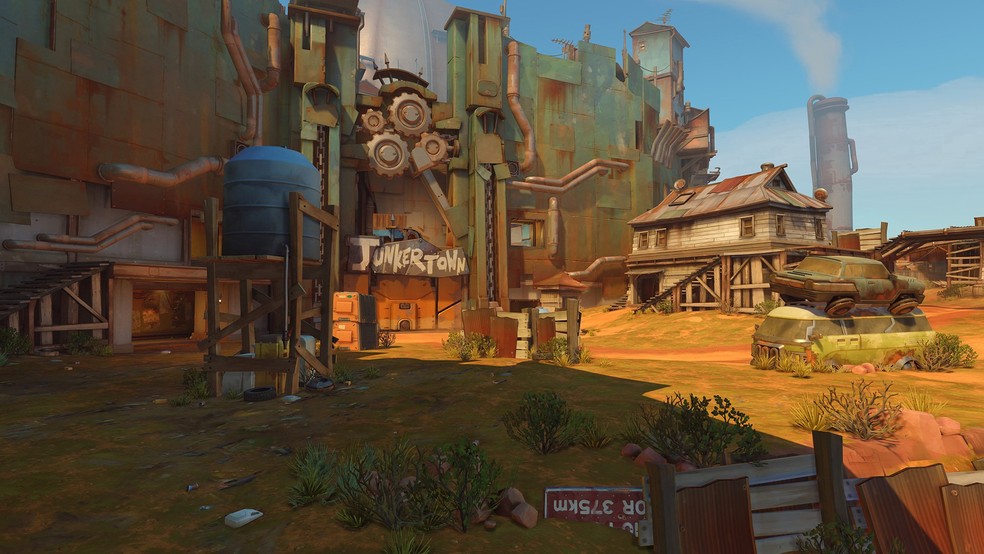 The objective on these maps is to attack or defend points. The defending team always has the same spawn, regardless of whether they are defending the first or second point. Attackers’ spawn changes according to the point they are trying to capture. 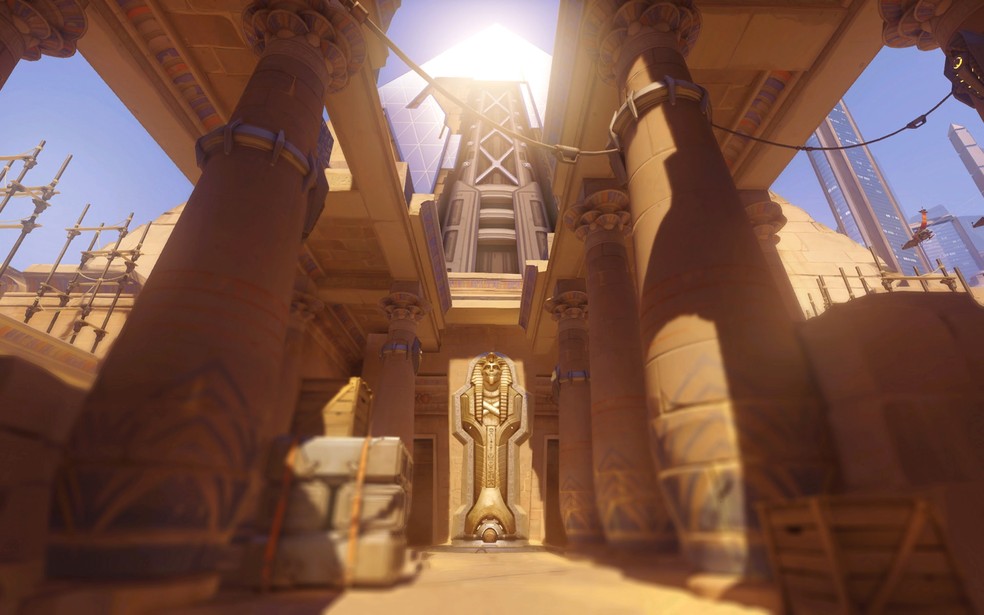 Temple of Anubis: map is in the ruins of the Giza Plateau, just outside Cairo, Egypt. (Image: Blizzard)

It is worth mentioning that every attack map has an almost immediate Choke Point, and that the defenders’ spawn is behind the second point. If the enemy team successfully defends the first point, the game is ended.

On the control maps, teams compete for a series of randomly generated goals. When the match starts and teams leave the spawn, the point takes 30 seconds to unlock. Once unlocked, the objective must be captured by either team, remaining in the area for a specified time. The capture speed increases according to the number of teammates present. 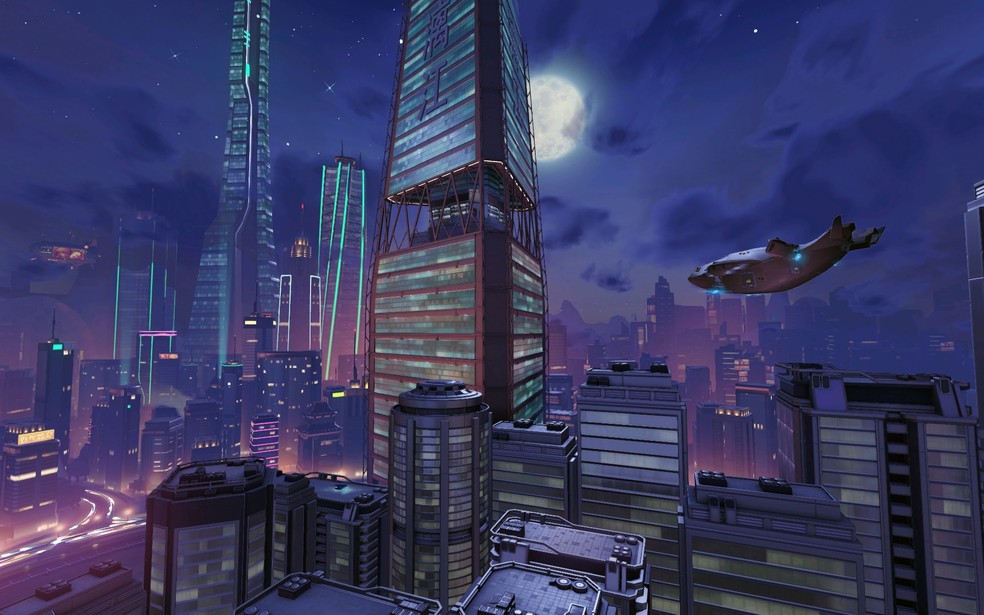 Torre Lijang: map is in the heart of a modern Chinese metropolis. (Image: Blizzard)

The hybrid map is divided into two scenarios. The match starts with 45 seconds of preparation for the defenders, while the attackers are trapped in the spawn. After that initial time, the spawn is opened and the Attack section begins, whose operation is the same as described in the second item. Capturing one of the two points will unlock the charge and add three minutes to the clock, starting the Escort section. 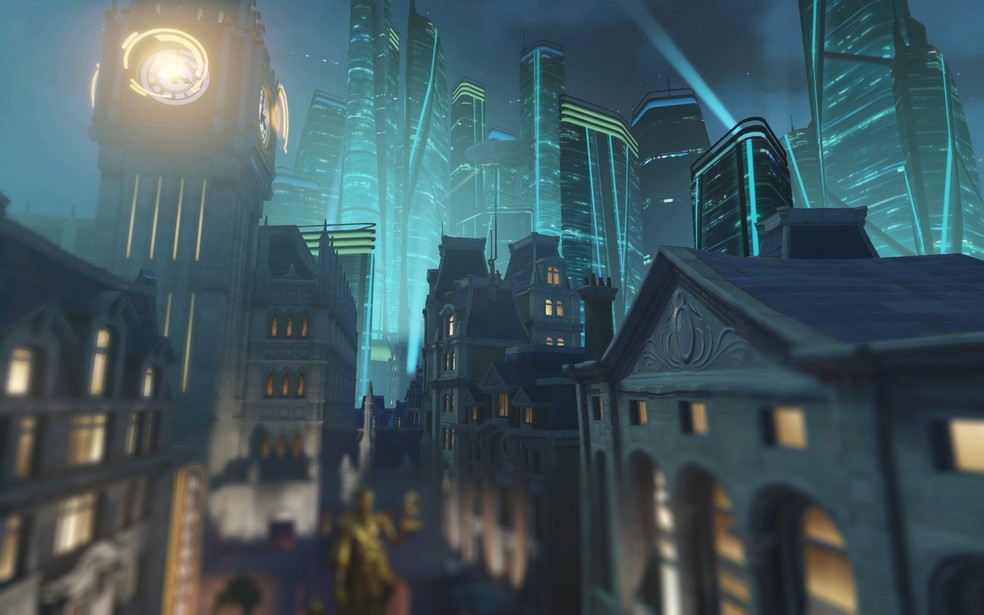 King’s Row: map is located in the British city of London. (Image: Blizzard)

In the Escort section, attackers must escort the cargo to two checkpoints. The first will add two minutes to the clock, while the second will end the game. Overtime will be activated if the attackers are contesting when the clock zeroes. If the attackers have more players at the point / charge than the defenders, the defenders will not have time to respawn.

Training Camp: Test your skills against robots in an area designated for your training.

Play/Practice VS I.A: To learn new characters or different maps, use this mode that will put you playing against artificial intelligence.

Quick Play: Take on other players at the same level as you.

Custom Game: Change the game settings, defining new possibilities in the rules and modifiers. For those looking for a different experience than usual.

Weekly Strife: Another mode for players who don’t want to be bored easily. Try out experimental matches whose rules change every week.

Competitive Play: When you feel confident, challenge other players with higher levels to move up the rankings quickly.

Spread the love
Related Topics:BlizzardOverwatch
Up Next

Games on Steam: A Jazzy Autumn

FIFA 21: The Best Young Players In The Game