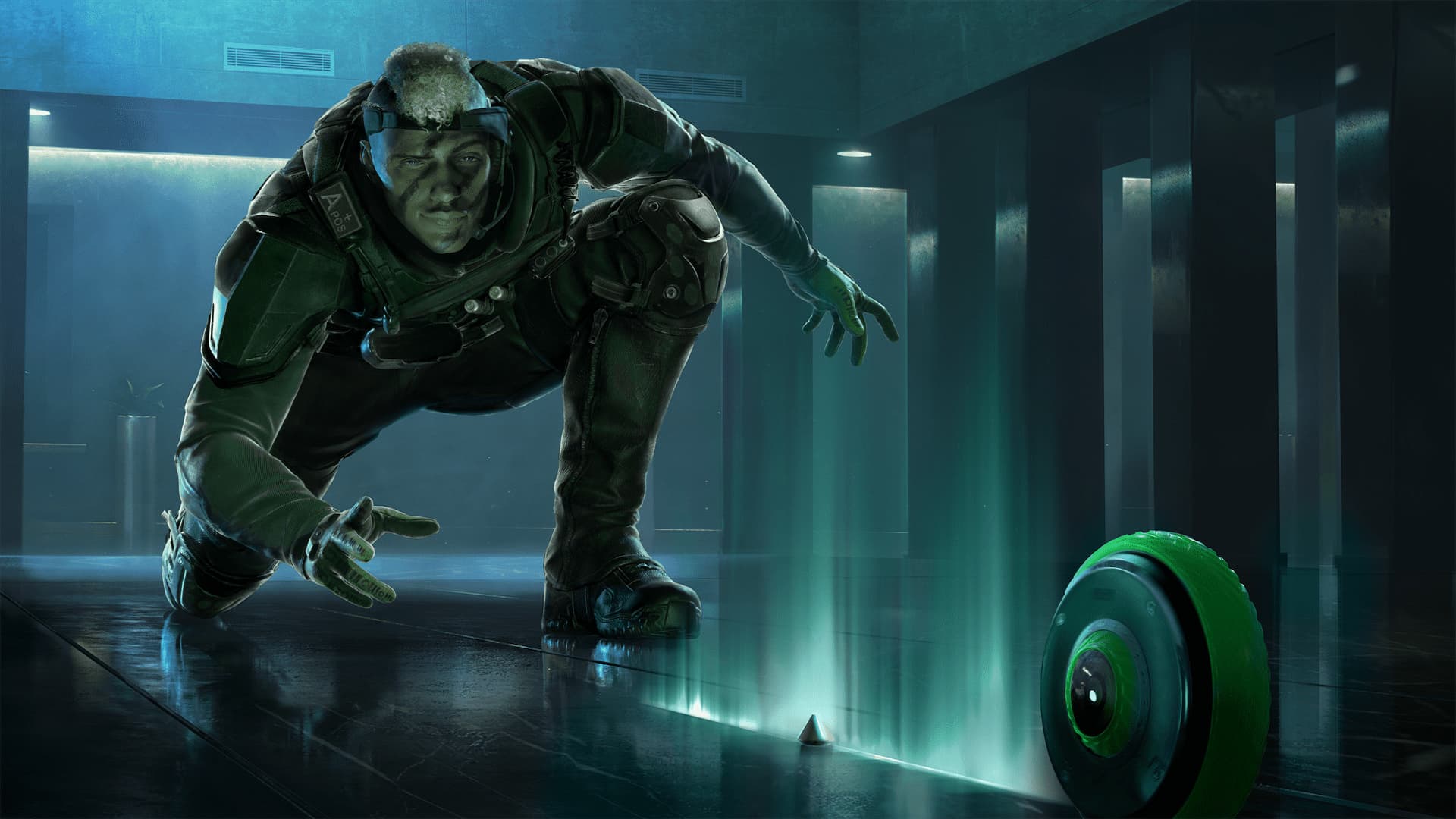 The Operation Vector Glare update for Rainbow Six Siege Year 7 Season 2 is now live on all platforms. It comes with a brand new operator, team deathmatch map, and a slew of other new features.

The Belgian-based operator, known as Sens is the newest attacking operator to join the game. He is a high health low speed operator whose kit includes an R.O.U. Projector System. You can bank it off walls or through doors where it will roll, land, and produce a visual wall, blocking off lines of sight. It doe’s not act as a barrier, so projectiles can still get through.

His primary weapons consist of a POF-9 and 417 assault rifle while he has an SDP 9mm and Gonne-6 for secondary options. He’ll also come equipped with Breach Charges and Claymores.

Close Quarter is the name of the newest map coming to Team Deathmatch. According to the map’s description, it emphasizes mobility rather than set up, requiring you to use lines of sight to navigate its circular flow.

A new Shooting Range feature has been added where you can learn and practice with all the available weapons, even if not unlocked. It will consist of two lanes, a recoil lane to measure bullet spread, and recoil control. Then the other is a Damage lane to determine the bullet damage of guns on specific parts of the body. The Shooting Range is definitely something you should take advantage of as it allows you to customize your play style or even discover a new meta.

Operation Vector Glare is also bringing Operator Guides to Rainbow Six Siege. These teach and explain how each operator works and the best way to use them. Also coming to nine new operators is a third option for a secondary weapon, one being Glaz who also got a change from 2 armor 2 speed, down to 1 armor and up to 3 speed.

Aside from that, there are a bunch of other small details, such as a privacy mode, battle pass rewards, balance changes, and bug fixes, which you can read further about here.

So, what’s your take? Are you excited to try out Operation Vector Glare? Will you be buying and playing as Sens? Let us know in the comments below or over on our socials here!

Exoprimal Is the Dino Crisis Remake We’ll Probably Never Get