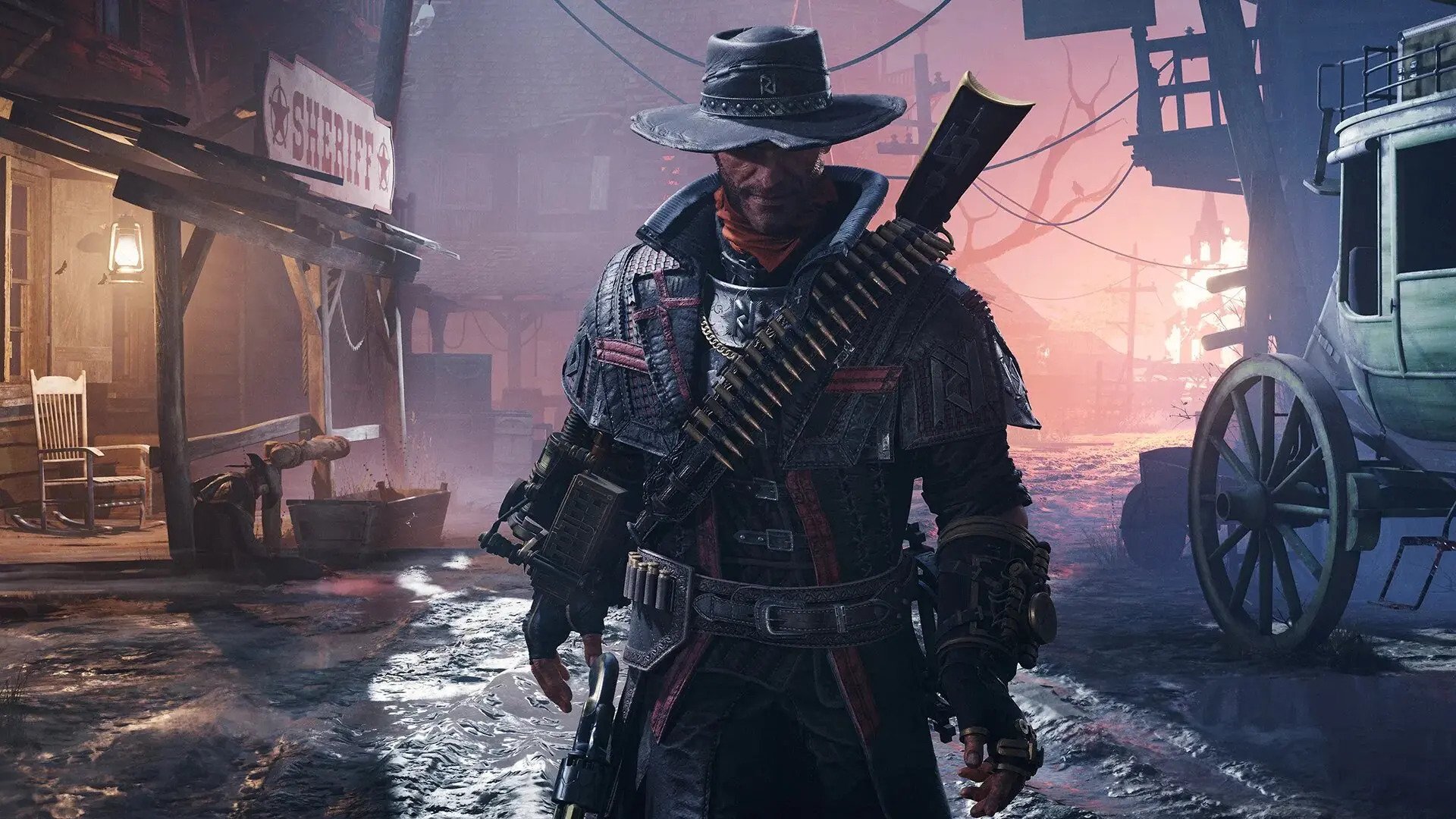 Evil West is many things, but a game that’s worthy of a sequel is questionable at the very least. Needless to say that it isn’t quite the vampire-hunting shooter we wanted it to be, but more a God of War lookalike with a Western coating painted over the exterior. This isn’t to say that it’s a bad game or anything, but there’s definitely a lot of room for improvement here, and it begs the question: will Flying Wild Hog try and right its wrongs with Evil West 2?

At this point, there’s no telling if any DLC will come knocking, let alone a full-blown sequel. If it does come to pass, though, then here are the things we’d want to see implemented moving forward. 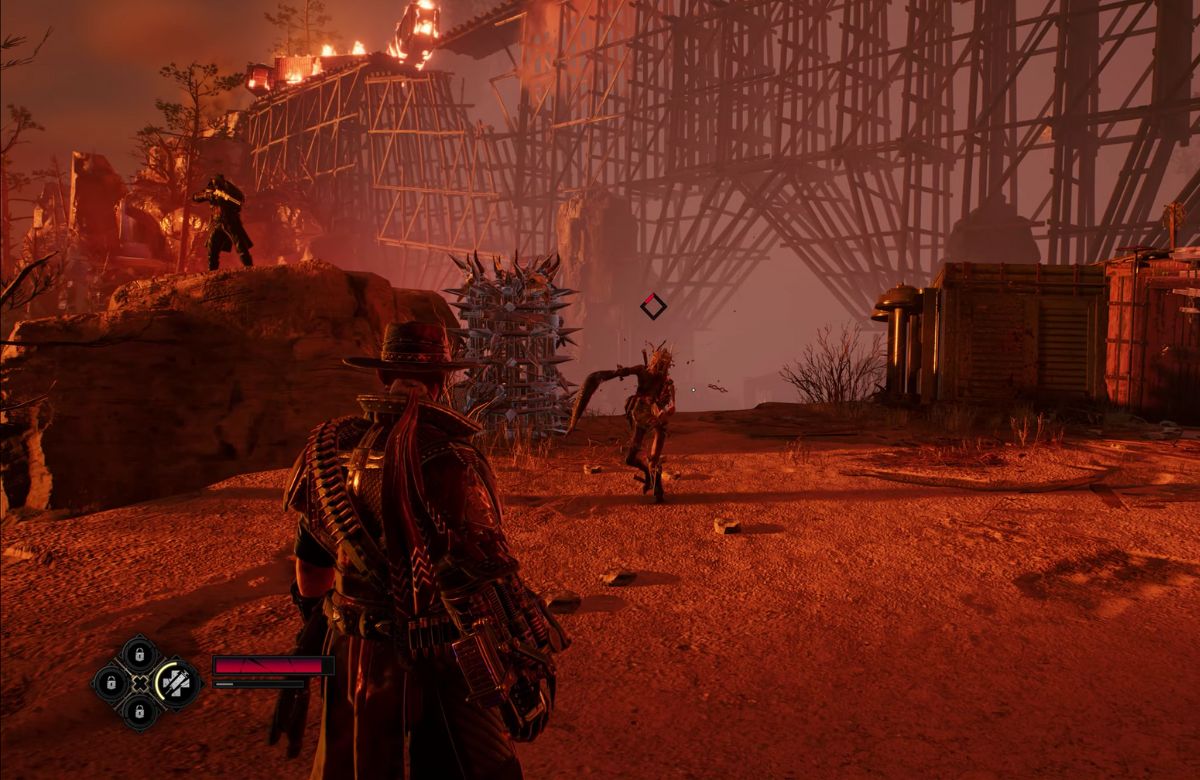 If there’s one thing that we admired more than anything in Evil West, it’s that it wasn’t afraid to discard the complex gadgetry and call itself for what it was — a video game, plain and simple. It wasn’t laden with unwanted NPCs or side quests, nor was it built on filler content or hundred-hour story arcs. It was a gamey game, and it shun brightest when given just the bare essentials and nothing more. But if it was to develop—evolve into a bigger game, perhaps—then there’s nothing to say that Evil West can’t be a solid open world game with more to it than bullets, brawn, and basic level progression.

Of course, this isn’t our way of saying Evil West 2 should be built on the foundations of Red Dead Redemption 2. That said, if it is going to be anything at all, then it’s going to need to be bigger, and if this means adopting a Western playground that’s both jam-packed with content and lore, then so be it. Let it be said that there are ways to retain the elements of a gamey game and still have space to make improvements.

4. Add Spice to a Stale Mix 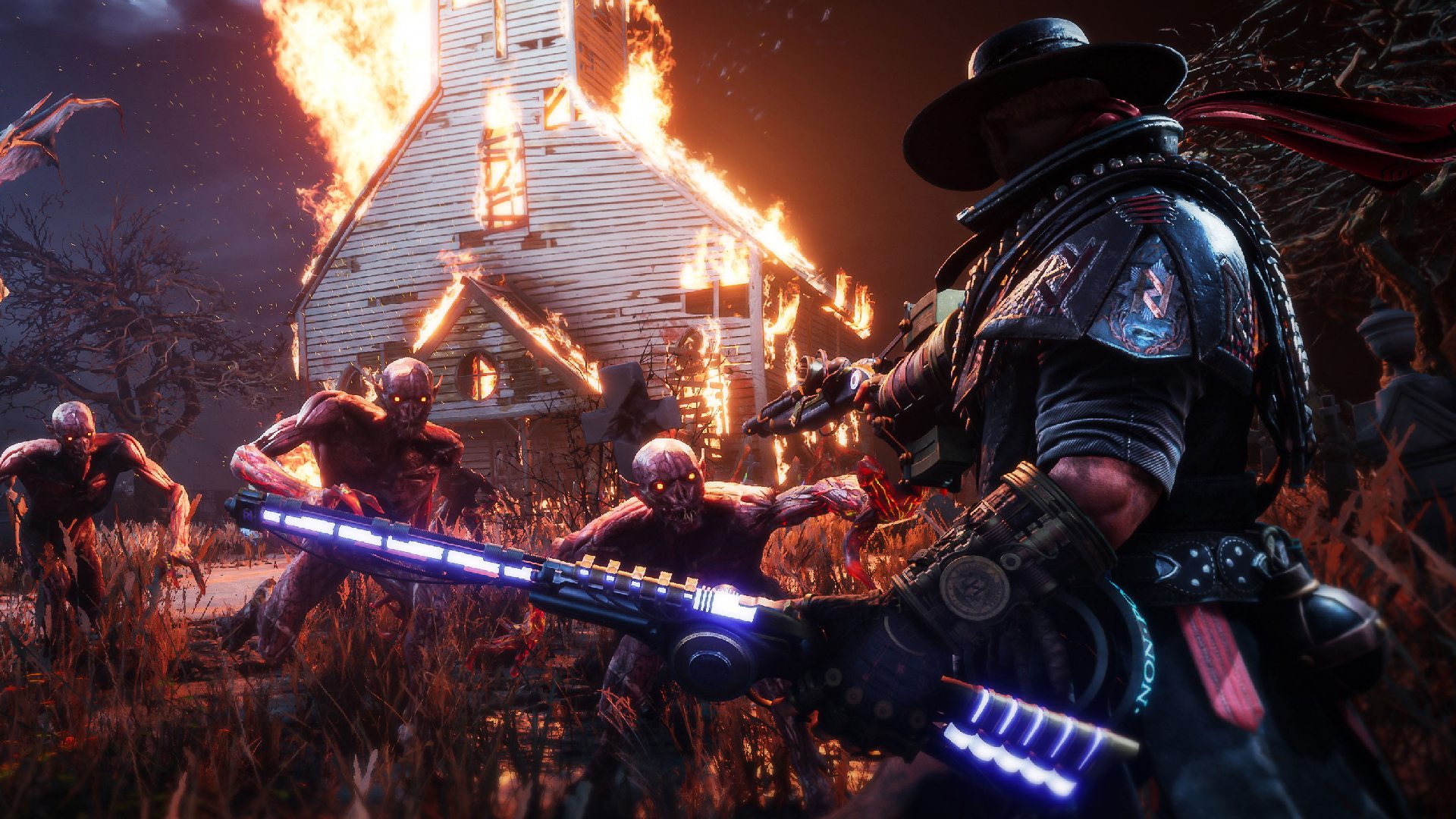 When all’s said and done, there is one thing that bogged down an otherwise fantastic third-person shooter experience, and that was the lack of originality, both in settings and in objectives. The fact is, Evil West could’ve made way for plenty of unique tasks and time-appropriate pastimes, yet instead it gravitated more towards what it knew best — which was combat. And while that was all well and good in short bursts, there could’ve been more; a variation of mission types at least.

Granted, Evil West knows exactly how to capitalize on an element and stretch it to block out an entire game. What it doesn’t know, though, is how to add spice to a somewhat stale mix that’s both void of originality and creativity. This isn’t to say Evil West is boring or anything, but it doesn’t exactly leave anything to the imagination, either. And so, if Evil West 2 does happen, here’s hoping it won’t be anywhere near as repetitive as the first. 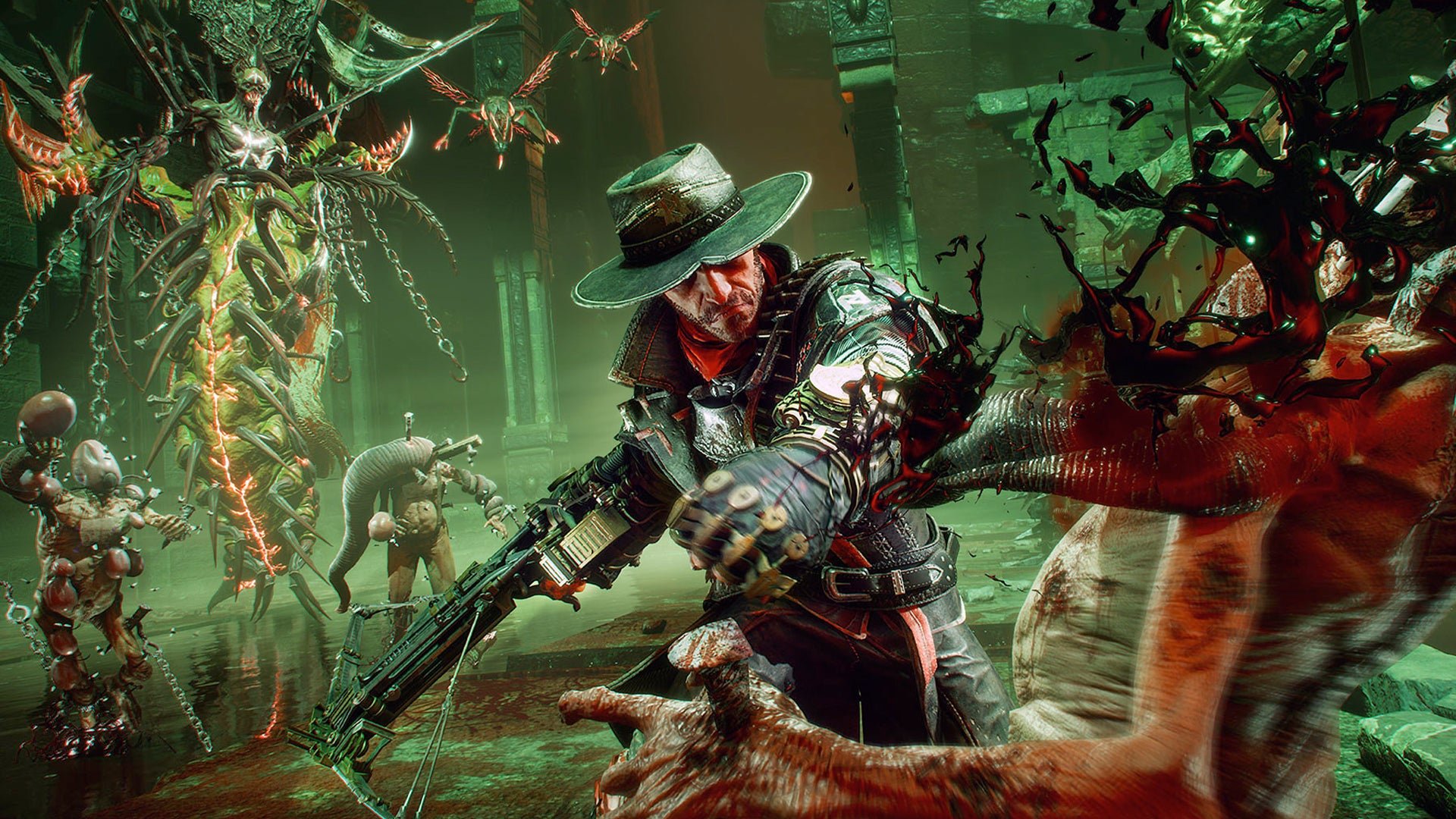 Maybe it’s nitpicking at this point, but the simple fact is, changing weapons in Evil West isn’t easy. On the contrary, it’s tediously fiddly and half-baked beyond belief. And given the fact that this is a game that centers its entire universe around combat, something as simple as changing weapons really shouldn’t be the issue that it is. But it is, and it’s definitely a system that needs tweaking if it is to make a return in a second chapter.

Unlike other shooters that make weapons easily accessible at the tap of a button, Evil West instead chooses to overcomplicate matters by adding multiple buttons into the mix, most of which are either temperamental or scarcely functional. Consequently, combat in Evil West can be frustrating even at the best of times, which doesn’t exactly do a game that’s predominantly action-focused a great deal of favors. 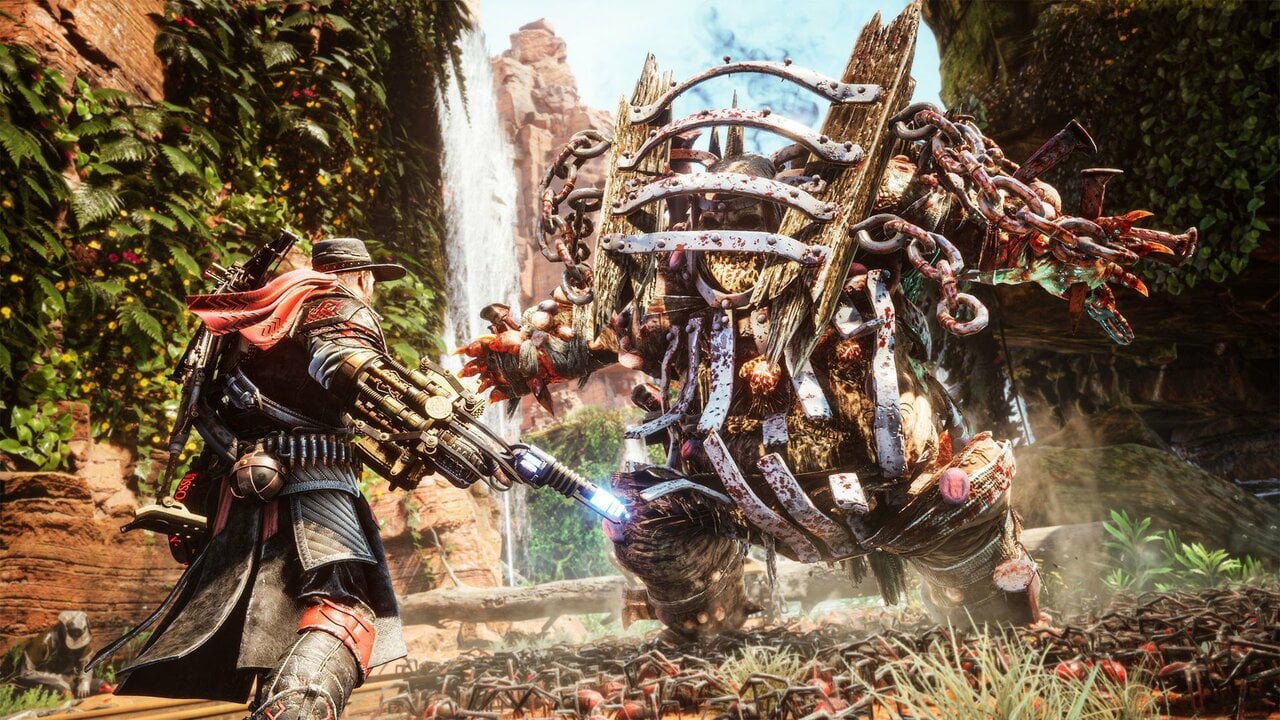 Evil West, as much as it tries to replicate the award-winning elements of God of War, isn’t God of War. Unfortunately, such references are almost too obvious to overlook, and serve only as elephants in the room from the moment you begin your Western journey, to the second you put down the pad. And it’s frustrating, too, as Flying Wild Hog clearly had the opportunity to make something of its own. But it didn’t, and instead it used a cheat sheet that anyone could immediately identify as being Santa Monica Studios’ blueprint.

It’s one thing to use the exact combat mechanics, but smashing chests, climbing chains, and executing enemies with brutal finishers? It all hits a little too close to home, and it’s a crying shame that it isn’t bursting with as many innovations as it is oh so familiar templates. Here’s hoping, though, that a sequel would sever the bond and learn to stand on its own two legs. 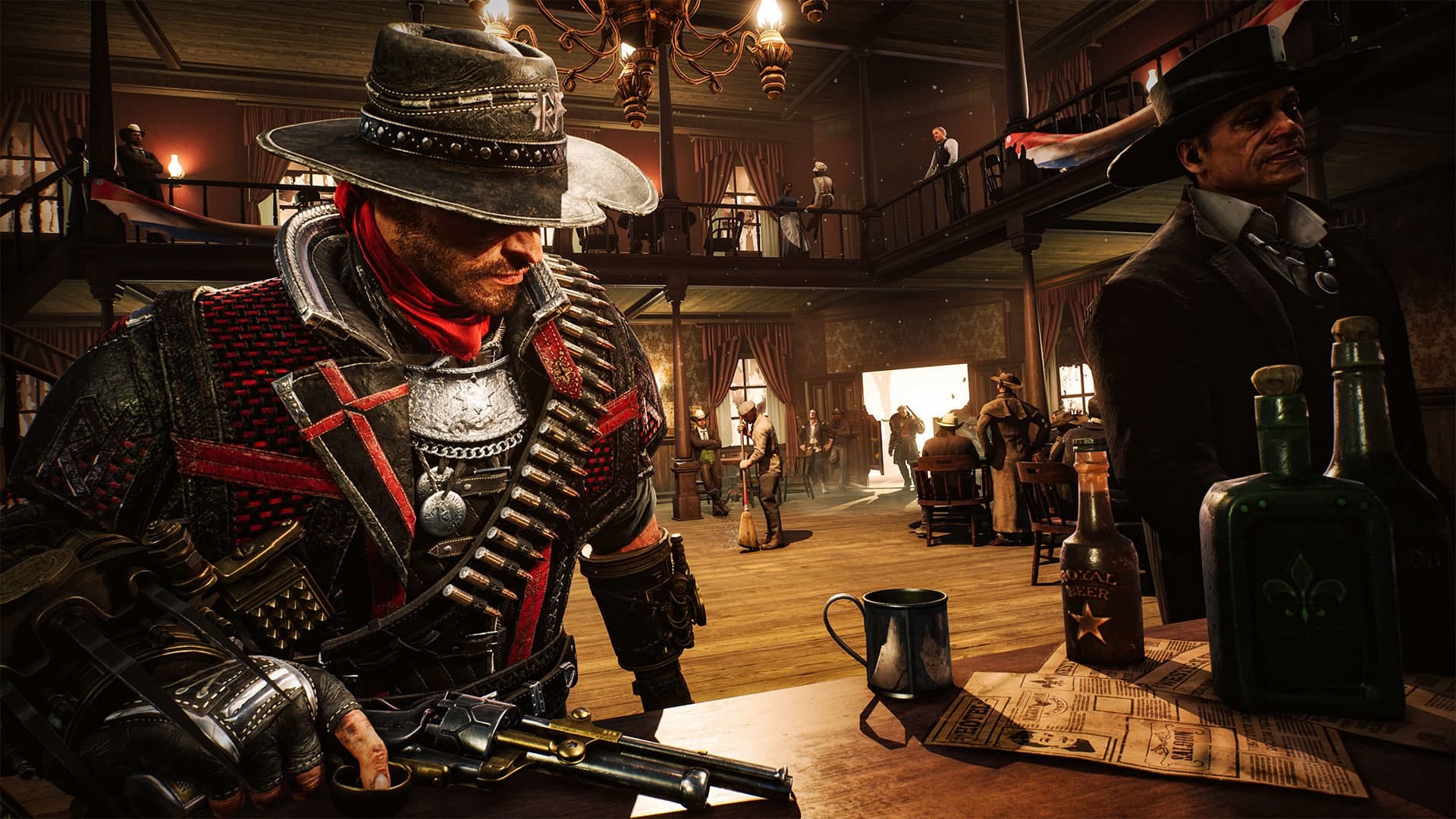 What draws Evil West out ever so slightly is its level design, which is almost always the same in each and every chapter. And while this works well in bite-sized segments, its predictability definitely becomes a little monotonous over time. Here’s our way of saying, then, that a bit of variety wouldn’t go amiss in a sequel should it ever come to pass.

It goes like this: you enter a cordoned off area and fend off multiple waves of enemies, and then proceed to the next waypoint. This is, in short, the basic structure of every level, and it’s a little underwhelming, to say the least. Therefore, if Flying Wild Hog could flesh out both the regions and the objectives in future entries, then it’d definitely boost the replayability and keep things a little, shall we say, fresher.

So, what’s your take? Do you agree with our top five points? Let us know over on our socials here or down in the comments below.

Related Topics:Evil West
Up Next

Afterimage: Everything We Know