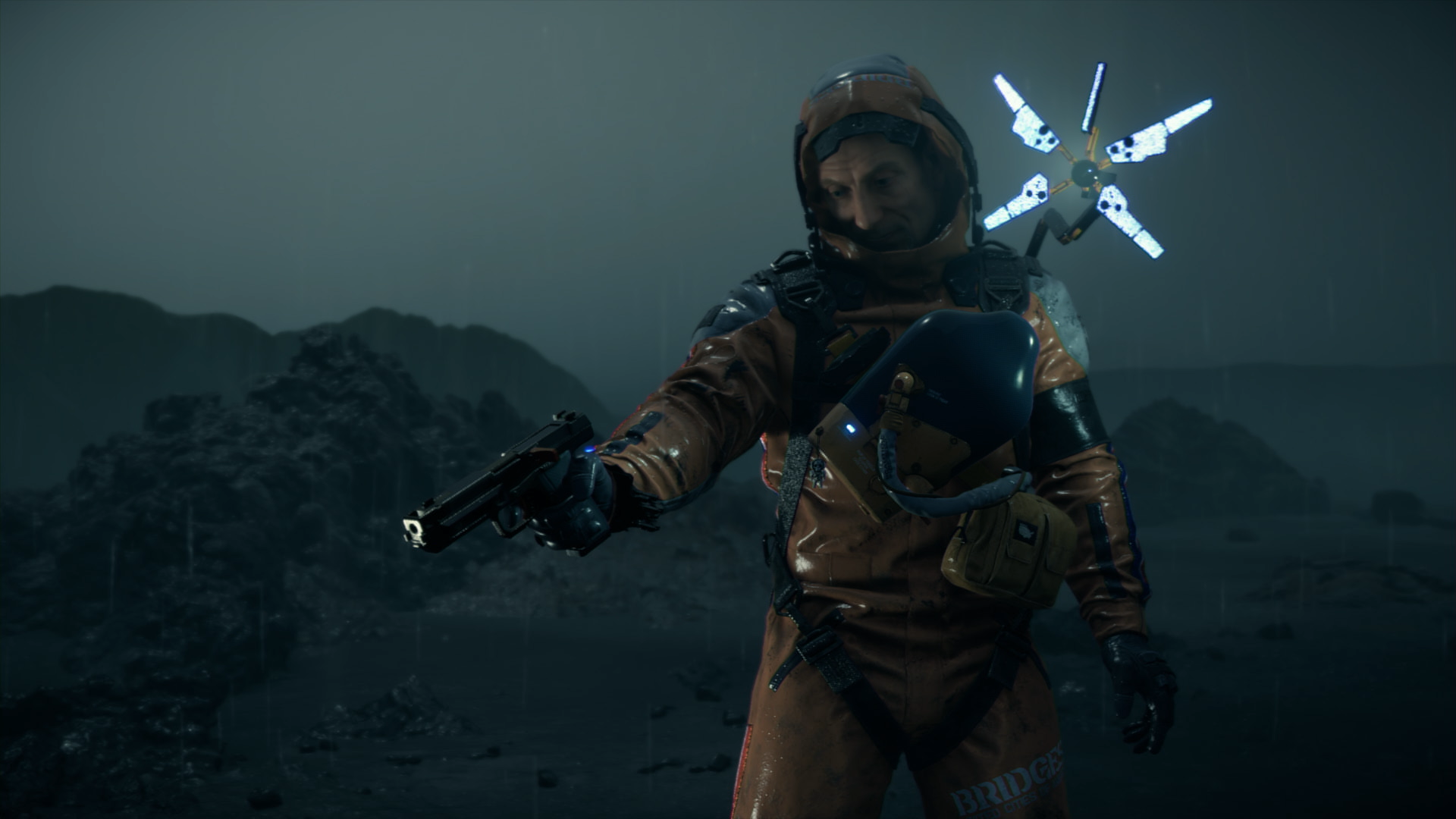 Granted, Death Stranding isn’t the most action-heavy video game in the world. Yet, when it comes about, it hits harder than a freight train colliding with a paper mache fortress. It’s mostly thanks to the BTs and MULEs that such moments exist, though. If it wasn’t for them, then Death Stranding would be twice as lonely as Hideo Kojima initially planned for it to be. But it does exist, if only in short bursts, and we’re all the more grateful for it.

Of course, dealing with BTs and MULEs does mean having to free up a little bit of extra space in your inventory. Question is, which weapons are actually worth stowing away in your cargo hold for the long haul? Well, here are the five pieces we personally wouldn’t go without. 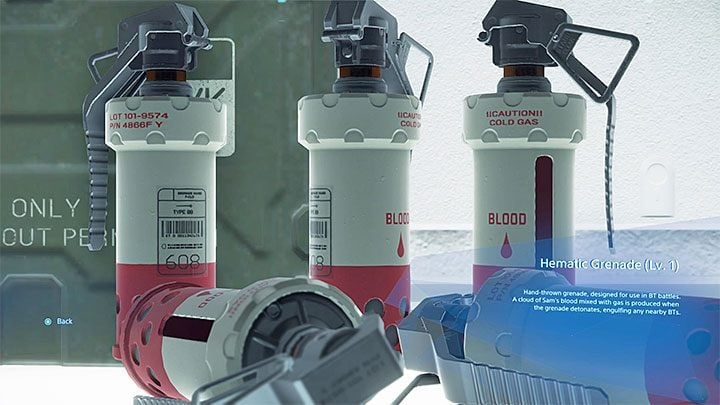 One of the first weapons you’ll unlock in Death Stranding is the Hematic Grenade, a hard-hitting tool that not only has the power to expose BTs, but also eradicate them on the spot. These can also be used to get out of sticky situations when exposed to more BTs than Sam can handle, which makes it one of the best and most effective weapons in the entire game.

Hematic Grenades come in sets of five, and will consume Sam’s blood for every grenade that’s thrown. In return, a single well-placed hit will whittle down a BTs health or, depending on the difficulty you’re playing on, eliminate them altogether. So, if you’re heading out on a relatively long journey through thick BT territory, then be sure to stock up on one or two cases before departing the distribution center. 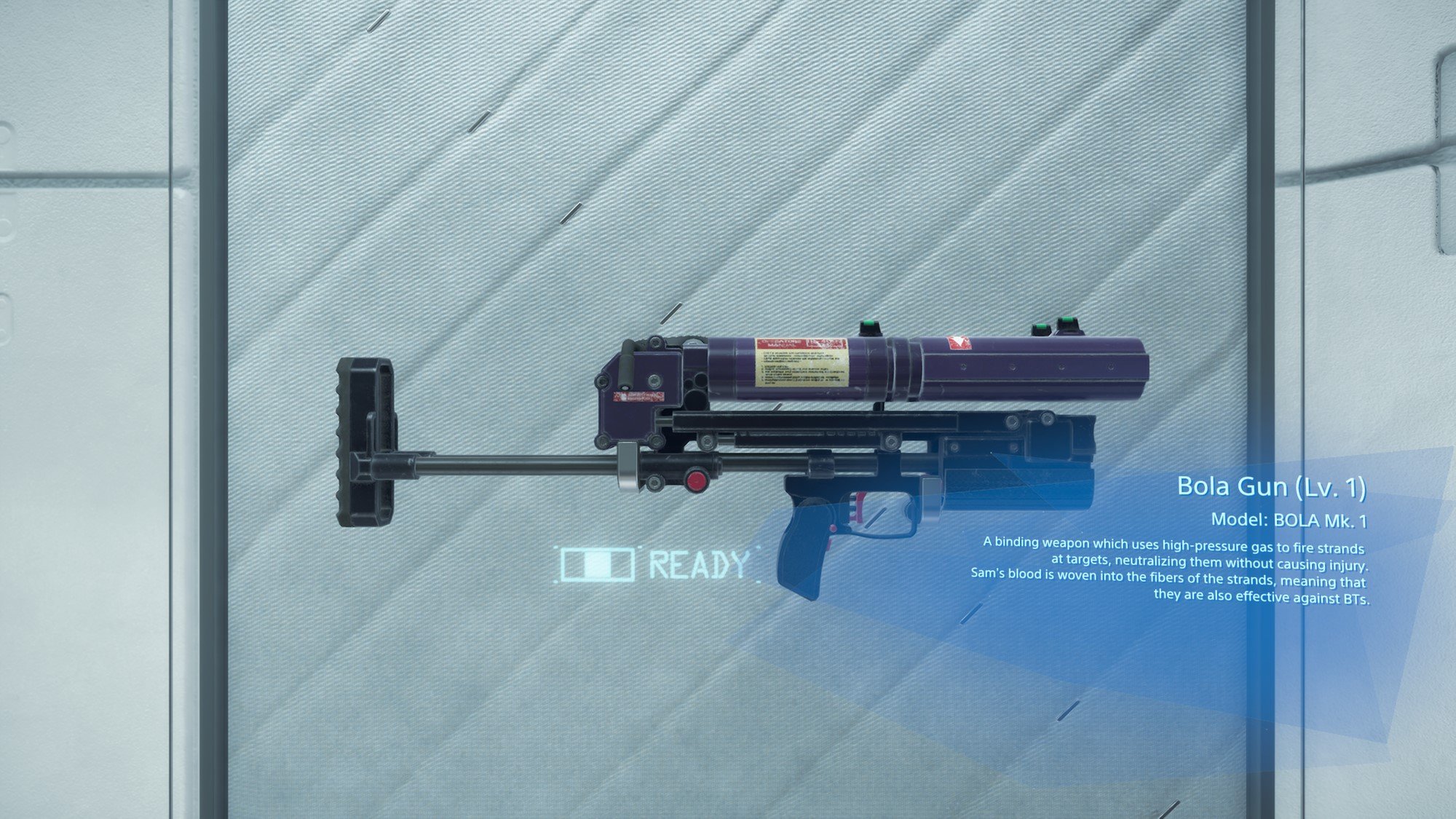 The Bola Gun is best used against MULEs, bandit-type gangs that pluck the bones of the American frontier. Although somewhat effective against BTs, its primary use is to render MULEs utterly useless and incapable of attacking you. The idea here, of course, is to fire it at enemies, and then swoop in for the knockout using either a melee weapon, or a mean one-two right hook.

If you do happen to be sliding through BT territory, then the Bola Gun can also make impacted targets permanently visible, which means you won’t have to stop to be able to see them during your travels. And so, if you’ve got a bit of space left in your inventory, then do yourself a favor and grab this two-for-one weapon after obtaining the schematic in Order No. 22. 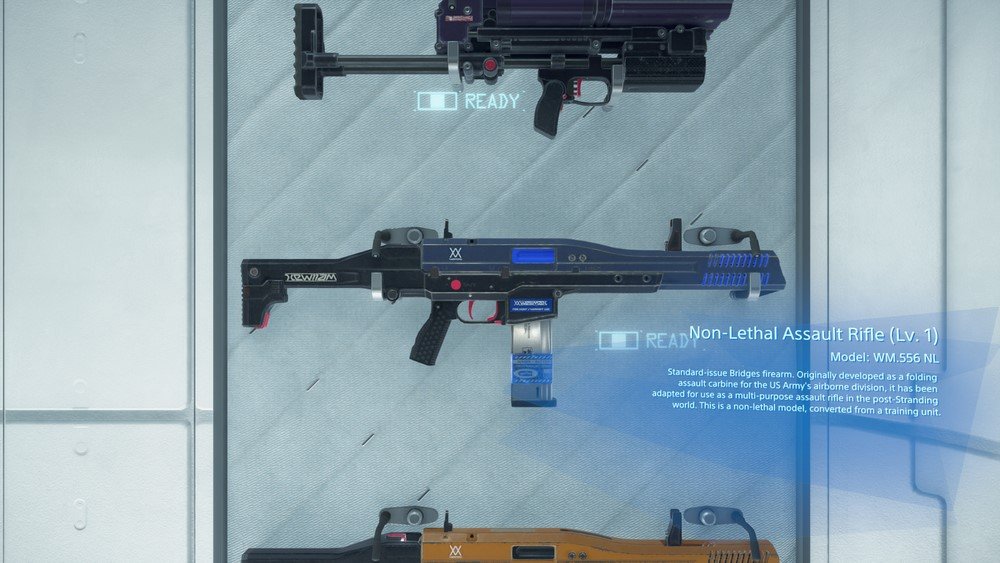 In Death Stranding, the last thing you want to do is cause a voidout. This is something that can only be done by killing another being with a lethal weapon. To cut out the risk of doing such a thing, you’ll need to adopt the non-lethal alternative to just about anything in the game. And if you want a gun that packs the hardest punch, then in this case, you’re going to want the Assault Rifle.

The Non-Lethal Assault Rifle is equally as effective against both BTs and MULEs, and can render both types of enemy helpless and without a leg to stand on. So, if you’re planning on passing through a MULE camp with one too many footsoldiers, then be sure to stock up with a quality Assault Rifle. Just be sure to snag the non-lethal version, and not the lethal one, unless, you know, you’re planning on incinerating every body you put down.

As you travel further and further west of Knot City, you’ll come across bigger MULE camps and, eventually, even deadlier BT territories to pass through. The best way to tackle larger groups of enemies with less projectiles, of course, is to bolt on something as sturdy as a Grenade Launcher, or something equally as powerful that consumes less ammunition. For some of the best results, though, it’s definitely worth hanging onto the former, especially if you have the space to spare.

Unfortunately, you won’t be able to get your gloves on the Grenade Launcher until after beating Order No. 61, which is fairly late in the main story. If you’re planning on mopping up some Standard Orders before going toe-to-toe with the later chapters, though, then it’s certainly worth having with you. Plus, it’s also perfectly capable of clearing out both MULE camps and BT biomes, so it’s at least worth thinking about. 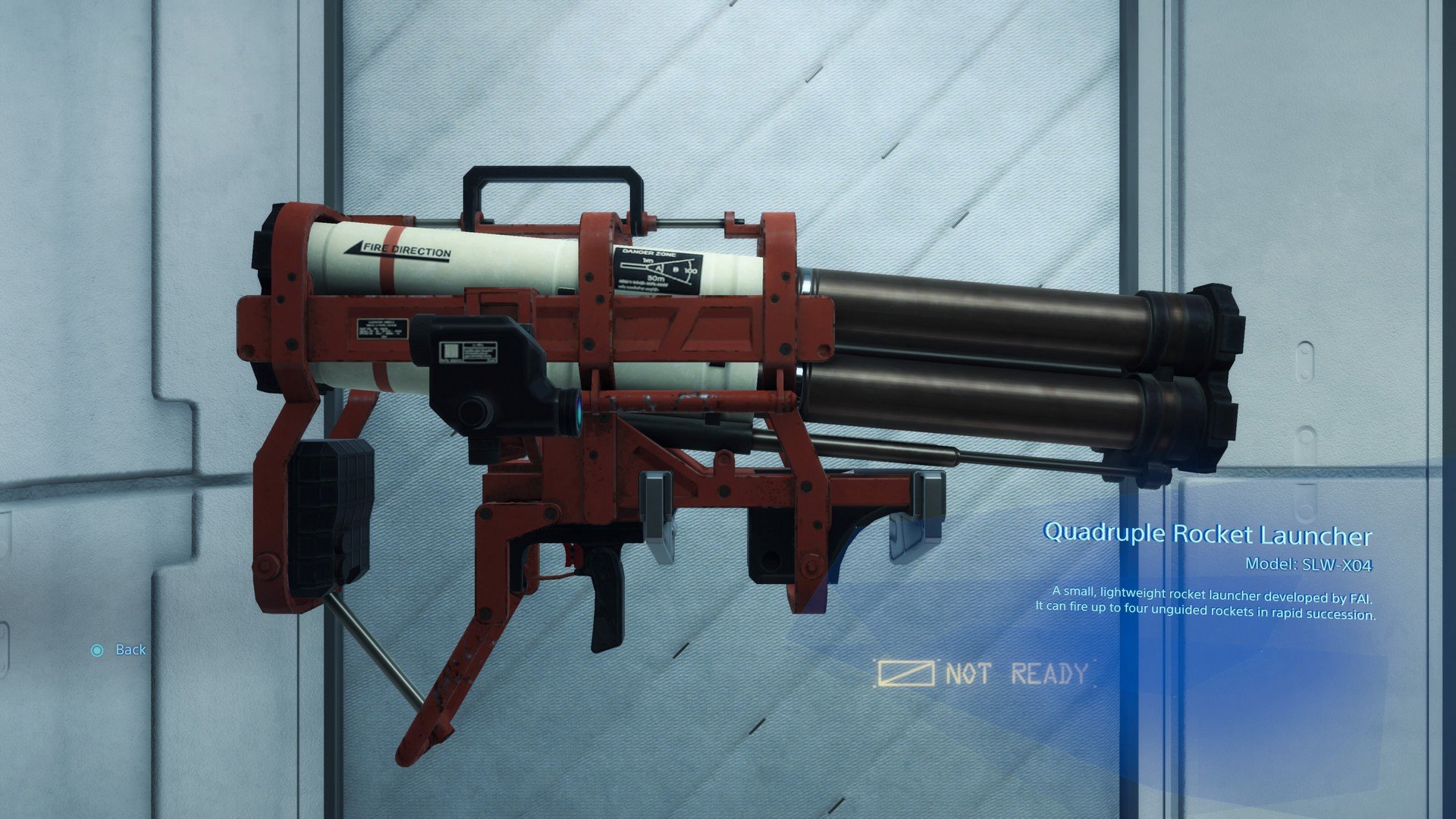 The chances of you running into trouble during the opening chapters of Death Stranding are incredibly slim. That said, it all depends on the difficult you’ve chosen, as the tougher modes will of course give you more of a challenge, particularly in areas that have a lot of MULEs or BTs. And if you have gone with a harder difficulty setting, then you’re going to need something with a lot of kickback and brute force. Like, perhaps, a Rocket Launcher, for example.

As it stands, the Multi-Rocket Launcher is the best weapon you can get in Death Stranding, as it not only provides its recipient with the power to whittle down crowds, but also initiate a multi-tiered plume of rockets that can divide and conquer the battlefield, no matter its size. It may be on the heavy side, but it is, without a doubt, the most effective weapon in the entire game. Will you need it at any point during the first half of the game? Probably not. Should you go searching for it towards the end? Absolutely.

Related Topics:Death Stranding
Up Next

Skull & Bones: Everything We Know