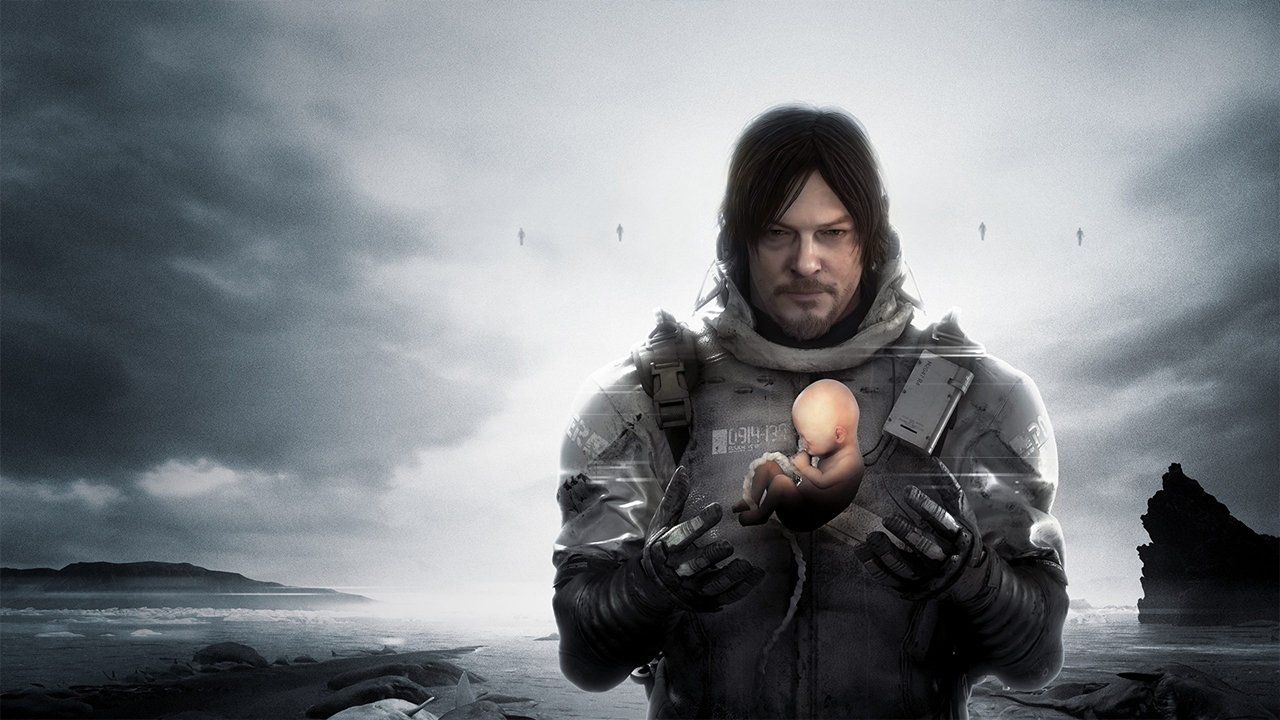 Death Stranding retains its spot as one of the most controversial games to come out in the last decade, no thanks to Hideo Kojima pouring threads of questionable content and gameplay into its thirty-plus hour campaign. To say it’s a glorified postage simulator would probably be an understatement at this point. And yet, if you remove its unorthodox and slightly repetitive A to B blueprint, you’re actually left with one of the most creative and eye-opening experiences of all time.

Wherever you choose to stand with it, there’s no denying the fact that Death Stranding is, without a doubt, one of those games that you simply have to experience firsthand. And if you happen to be a newcomer to the post-apocalyptic world, then you’ll definitely want to onboard these tips before trekking the countless miles to rebuild America.

5. Prepare for a Long Prologue 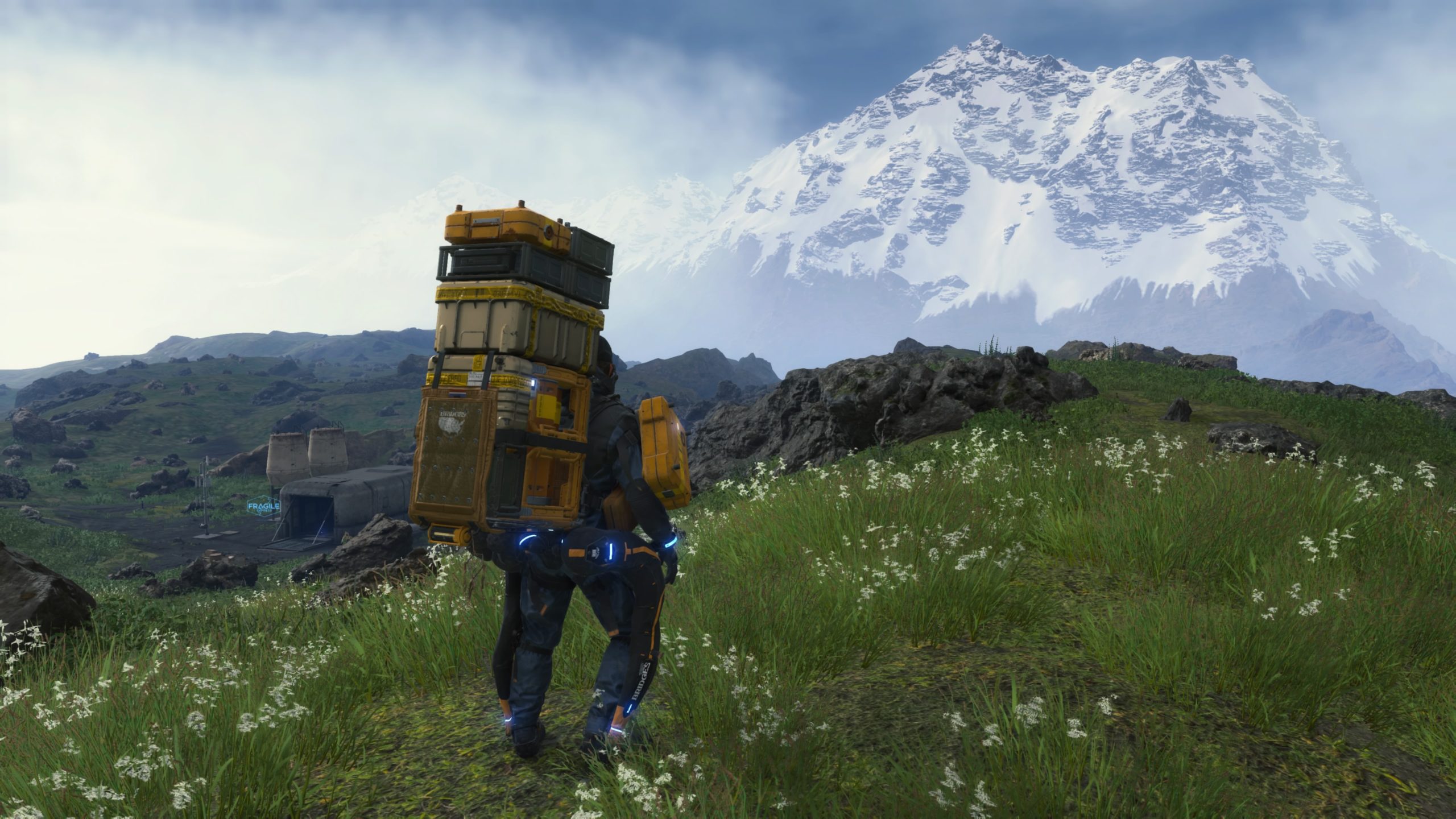 Granted, out of the 14 chapters that Death Stranding has, the first three are the slowest, and can even cause you to lose interest real fast. Push through, though, and story-related key items in the game will eventually allow for you to make deliveries and explore the world a lot quicker. This means using your trike and constructed roads to cover more ground, as well as Power Skeletons to give you an additional speed and agility boost. Until then, though, you’re going to be spending upwards of eight or nine hours making small deliveries in rather short bursts.

There’s a lot to look forward to in Death Stranding, especially if you’re keen to unravel its fantastic story. The point is, you’re going to have to slice through the grind in order to see it. So, it goes without saying that you shouldn’t feel disheartened by the lack of tools and the oversized hauls that you’ll be lugging about in the opening chapters. It gets easier, for sure, but you’ll need to put in the work to reap the rewards, though.

4. Learn How to Handle BTs

As you’ll come to learn pretty quickly, those invisible monsters—commonly referred to as BTs—will consume a lot of your playtime. The problem is, if you don’t know how to handle them when out in the field, then you’ll quickly find yourself void of any cargo, and ditched somewhere in the middle of a sludge pit and marked for execution. The idea here, of course, is to eliminate this possibility altogether by adopting a stealth mindset.

To make your life a little easier, open up your Cuff Link and head into System. From here, open up the Gameplay Settings and enable your BB’s ability to detect BTs at all times. Doing this will allow for you to navigate the world more freely, and without the chance of being spontaneously abducted and thrown into the abyss. And when a BT does come within range, you’ll have to make sure to hold your breath and keep to your ground. Fail to crouch, hold your breath, and sit still will, of course, put you on a one-way flight to the Beach. And you don’t want that.

3. Know What to Bring 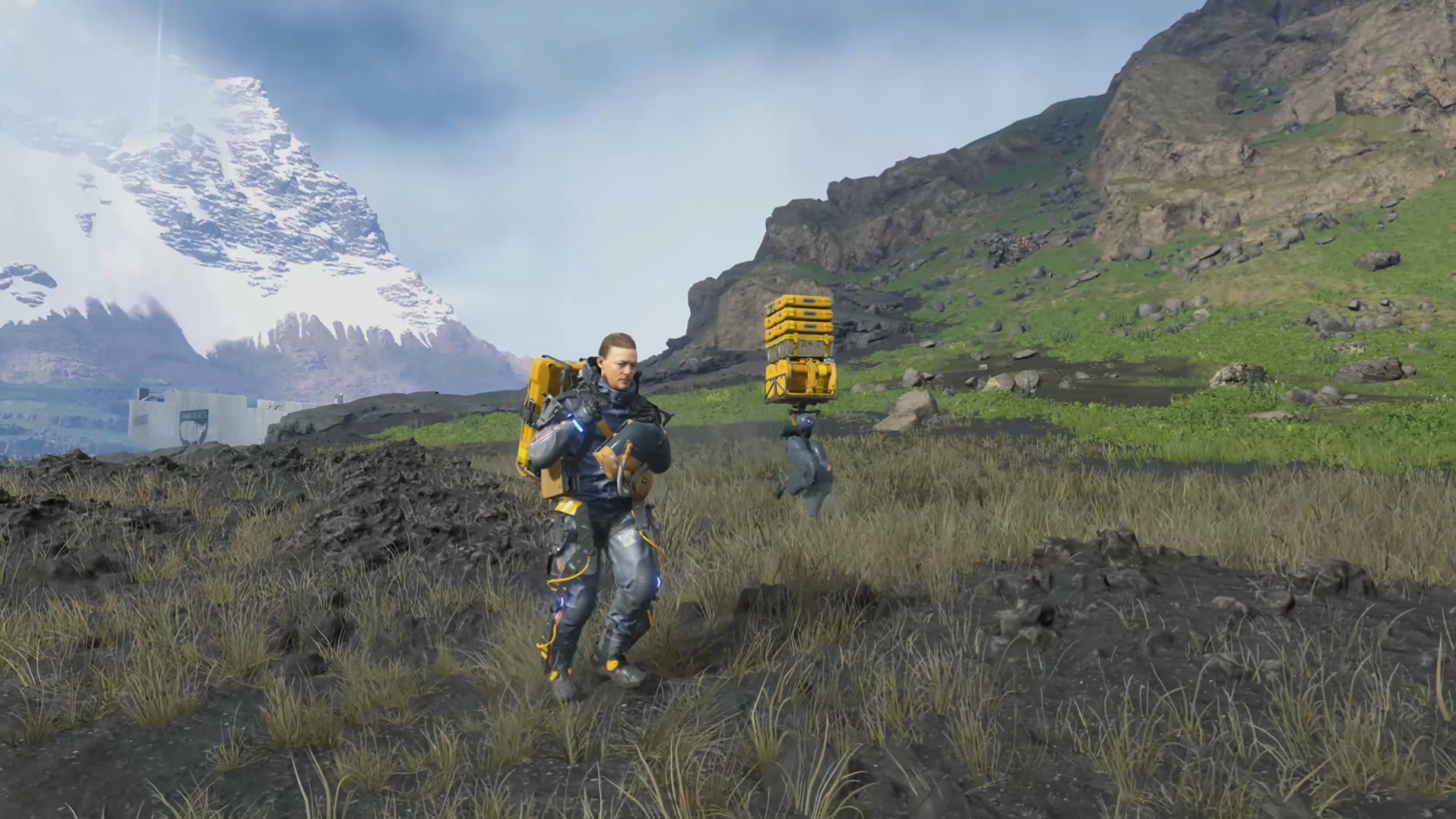 Sam can carry up to 125KG on his back, shoulders, arms, waist, and legs. With that said, unless you’re lugging around five or six orders’ worth (or just getting a little greedy with the random scavenging), you shouldn’t reach this cut-off point too often. You should, however, set upwards of 30KG on essentials for every journey, which you will use to help make tougher terrains easier to cross.

To start, you’re always going to need a ladder and a grappling hook, as these will be used to both climb rocky areas and cross dangerous ravines. You’re also going to want Blood Bags, to top up your blood levels and keep your devices ticking over. And finally, to help deal with the MULEs and BTs, you’re going to want the Bola Gun, and three or four EX Grenades. Anything else on top should be allocated to fulfilling Standard Orders and Orders for Sam. If you can help it, though, try not to exceed 100KG, as this will effect Sam’s mobility and make journeys far more taxing than they need to be. 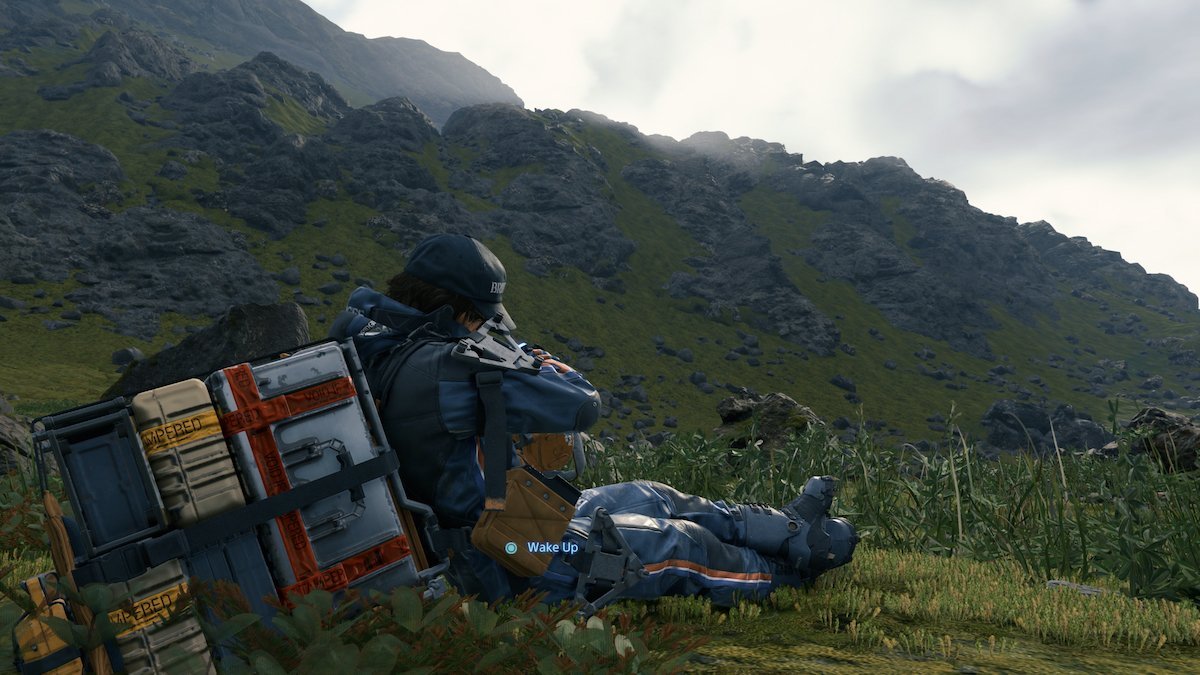 Like we said, the first three chapters of Death Stranding will be painfully slow, and even more so if you decide to pick up every single Standard Order, too. The good news is, you will eventually unlock a fast travel system partway through the third chapter, which means you can warp to any distribution center. And so, before you go collecting a few dozen Standard Orders, remember that you can, in fact, come back later on.

Of course, there are plenty of quality incentives for completing the Standard Orders, such as new materials for your PCC, Likes, and XP for your Porter Grade. That said, you shouldn’t worry about completing any additional tasks until you’ve made a solid dent in the main storyline. Once you’ve acquired the tools to build roads, ziplines, and bridges, you can use Fragile’s fast travel to return to any key areas and mop up any leftover tasks. Until then, though, just enjoy the story, and only deliver the cargo marked in orange. The point is, there really is no time limit to adhere to, so try not to fret about what’s what and who’s who. It’ll all come together, eventually.

1. Let the Players Guide You 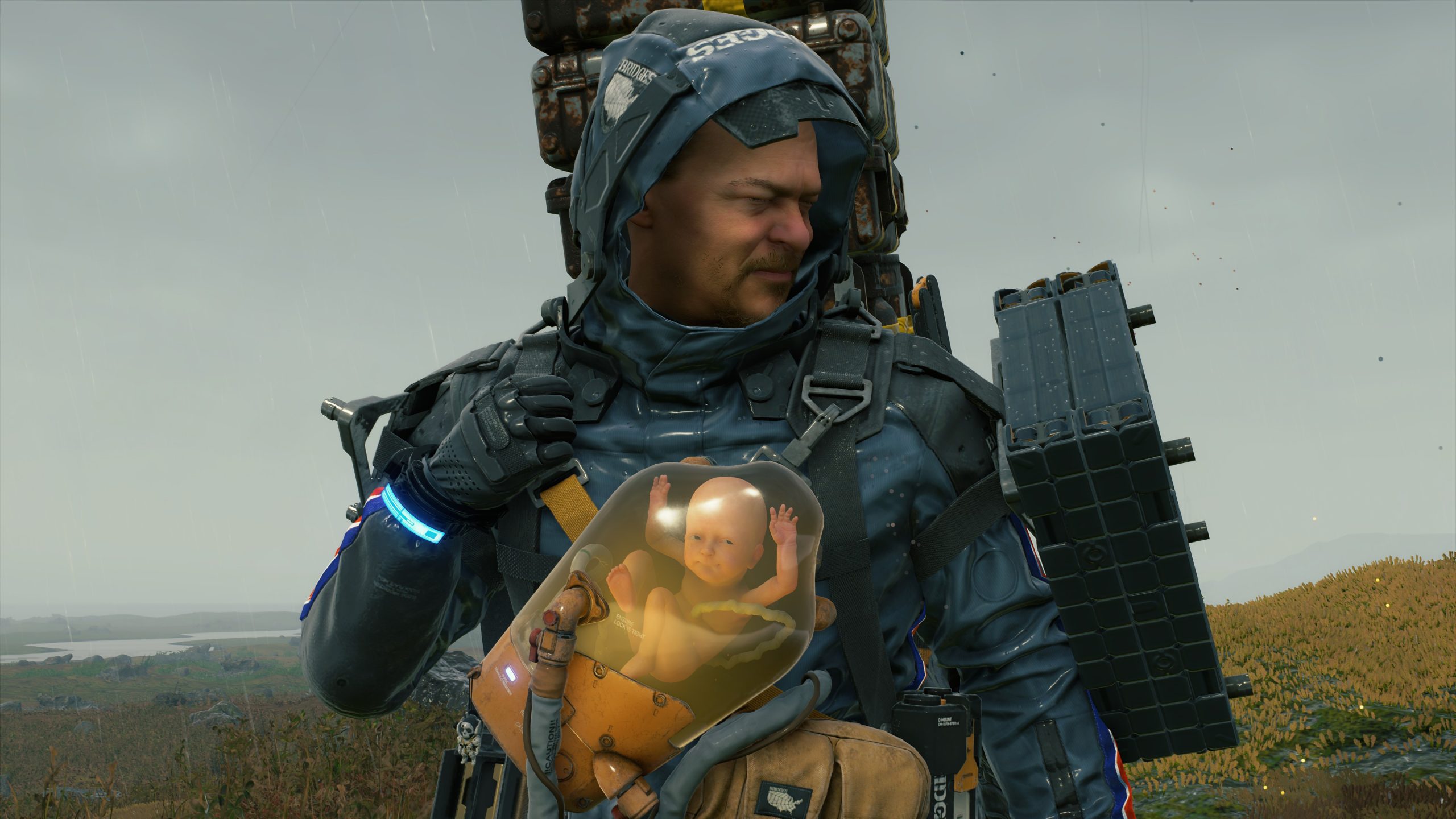 One of the best features in Death Stranding is its collection of player-built structures. Thanks to the countless bridges, ladders, and ropes left behind by other porters, your time out in the open can be made a lot easier to balance out. That is, providing you follow the exact same footsteps as other players and utilize the tools they left behind during their adventure.

In spite of the game making you feel isolated and without guidance, there are actually quite a lot of helping hands out in the world. So, if you take the time to scan the terrain, you’re more likely to locate additional tools and routes to explore. The bottom line is this: let other players be your guide, and be sure to drop their structures a quick Like as you pass through. And if you happen to have any spare materials on hand, then consider making your own mark on the world by adding something for the next player to utilize.

So, what’s your take? Do you have any tips for Death Stranding newcomers? Let us know over on our socials here or down in the comments below.

Related Topics:Death StrandingTips
Up Next

Pokemon Scarlet and Violet: Best Tips for Getting Started