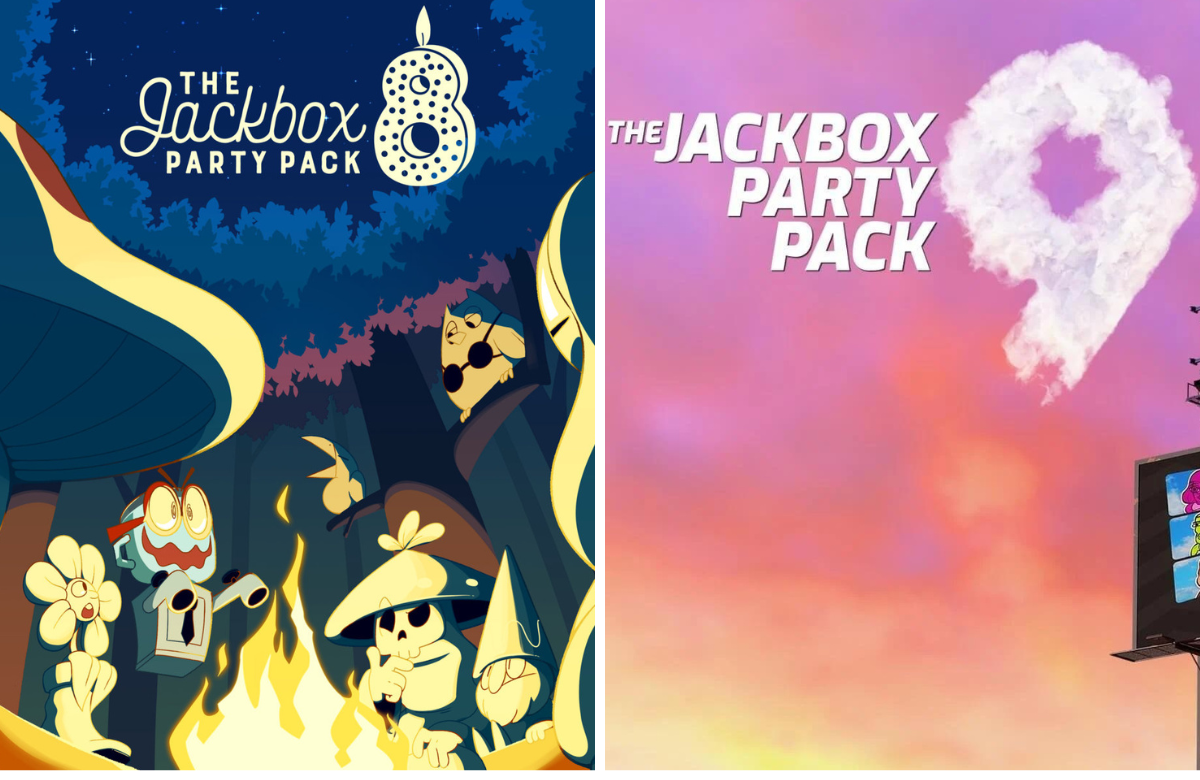 Party games excel at bringing people together for an entertaining session. Previously, people would gather during game night and take part in a series of mini-games such as monopoly, charades, or a game of gin rummy. Today, thanks to sites like Twitch, you can host a party game virtually. Jackbox Party Pack is one such series of party video games that made its debut in 2014. As Jackbox Games’ brainchild, the developer has consistently launched new installments each year, bringing an explosion of fun with each title.

Every installment contains five mini-games and a headliner game. One person buys the game and hosts other players, who can join through streaming platforms or using a four-letter code. Since its debut, there’s no denying that the games have progressively improved. However, there’s still much debate over the franchise’s eighth installment, Jackbox Party Pack 8. With Jackbox Party Pack 9 right on schedule, it’s safe to assume the developer pricked up their ears when crafting the franchise’s next masterpiece. If you’re wondering which of the games is worth your time, frankly, both titles are immense fun. However, one excels where the other faces a feat. So, without much delay, here’s a deep dive into Jackbox Party Pack 8 vs. Jackbox Party Pack 9.

What is Jackbox Party Pack 8?

The eighth installment in the Jackbox Party franchise made its debut on October 14, 2021. As with other installments, the game features five games with an element of silliness. The first game, Drawful Animate, is a sequel to the classic Drawful. One player has to quickly sketch a phrase based on a prompt, while the others have to guess what the phrase is. Of course, you’ll find absurd responses, which add delight to the game.

The Wheel of Enormous Proportions is your next feat. The trivia game features an enormous wheel, obviously, where your spin and earn more tokens. But before you get to that part, you have to provide a soul-seeking question, which the wheel answers at the end of the game. The hilarity of this game is the trivia. The wheel will provide three questions, and the player with the most correct answers wins a slice of tokens.

Job Job is a whimsical roleplay of a job interview. Each player gets to answer a round of interview questions.  The game shuffles the players’ responses, and you must answer the following question using words from other players’ responses. Players then vote on whose answer breaks the funny and creative threshold.

The next game is Poll mine which individual payers rank a list then as a group you have to guess the correct order. The final round lets you pick a door that also ranks the list.

Finally, Weapons Drawn is the last game with a whodunnit concept. Players take on the roles of detectives and murderers. You draw your murder weapon and conceal a letter from your name. Then, you need to invite a player as your accomplice. Afterwards, players go on a murder spree to maim the accomplice while trying to figure out who made the invite.

What is Jackbox Party Pack 9?

Jackbox Party Pack 9 is the 10th installment in the Jackbox Party Pack series. Making its debut in October 2022, fans are in for another whimsical and delightful treat. The game adheres to its policy of five mini-games dishing out a fresh entree of variety.

In the first game, Fibbage 4 makes an epic return as the fourth installment in the Fibbage series. It’s an excellent game to dupe other players while learning more about them. The trivial game provides obscure questions that players have to answer correctly.  Other players can add their answers to stump opponents.

Next, we have Roomerang. You play as a house guest. Each round, you have to answer a question about your character, and then players vote for the most outstanding answer. If your answer doesn’t meet the cut, you will likely face elimination. The game brings out the inner reality TV star in you.

Junktopia has you living your wildest fantasy as a salesperson. You get a random junk item, which you name and give a price tag. Then you have to pitch it creatively to the players. Players then choose their favorite item. The player with the item that sells for the highest price wins the game.

Nonsensory is a chill game that brings out your waggish nature. The game gives you a prompt, to which you can either draw or write the answer. The other players rank your answer or drawing based on the prompt. The closer you are to the answer, the more points you earn.

Lastly, we have Quixort. It is a rendition of the classic Tetris game, only that it features blocks with answers you need to rank and place in the correct order. The twist is you only get to see the block’s name when it’s time to place them. 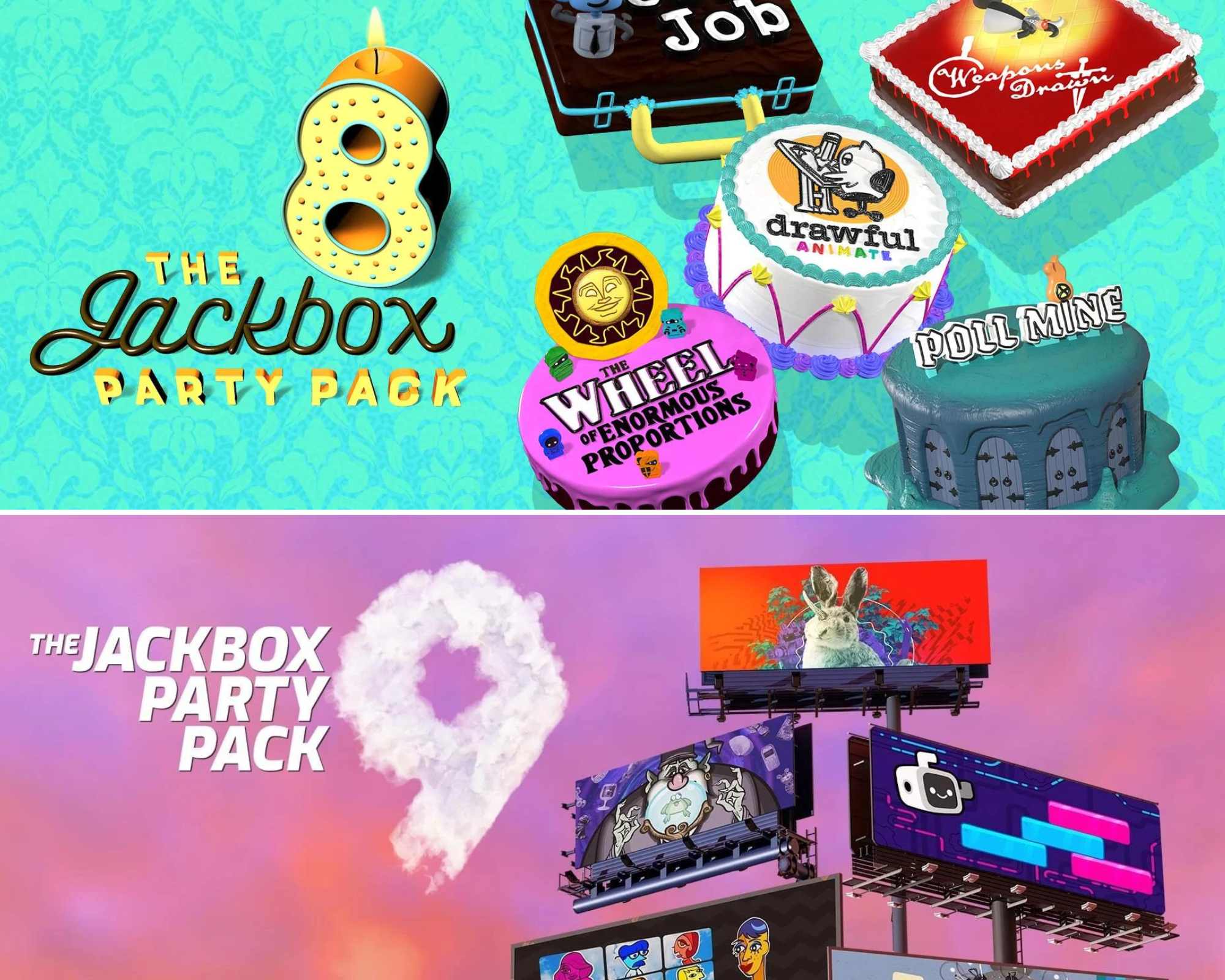 Although both games stick to the theme of endless fun, creativity, interaction, and a sprinkle of dottiness, there are differences that set them apart. 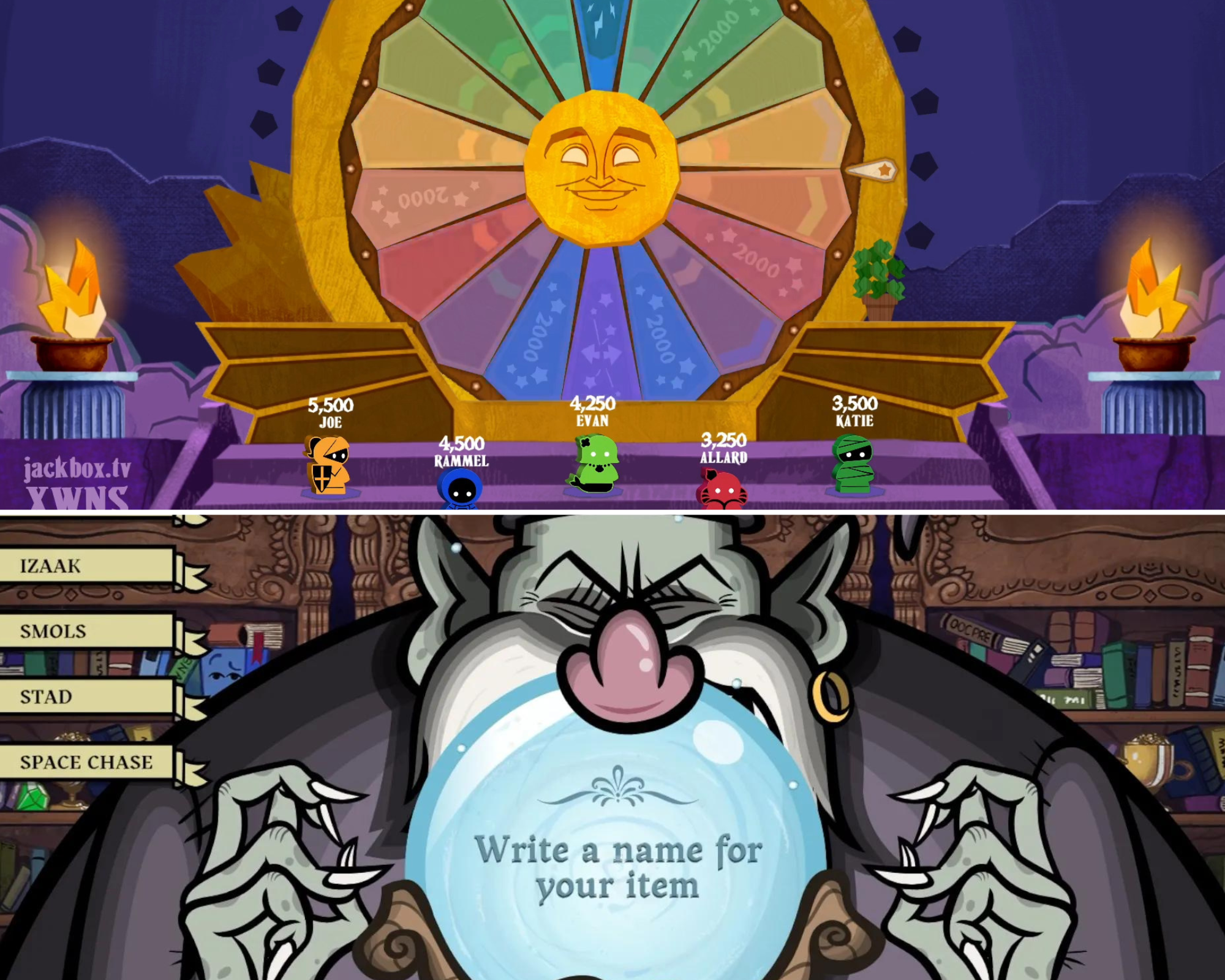 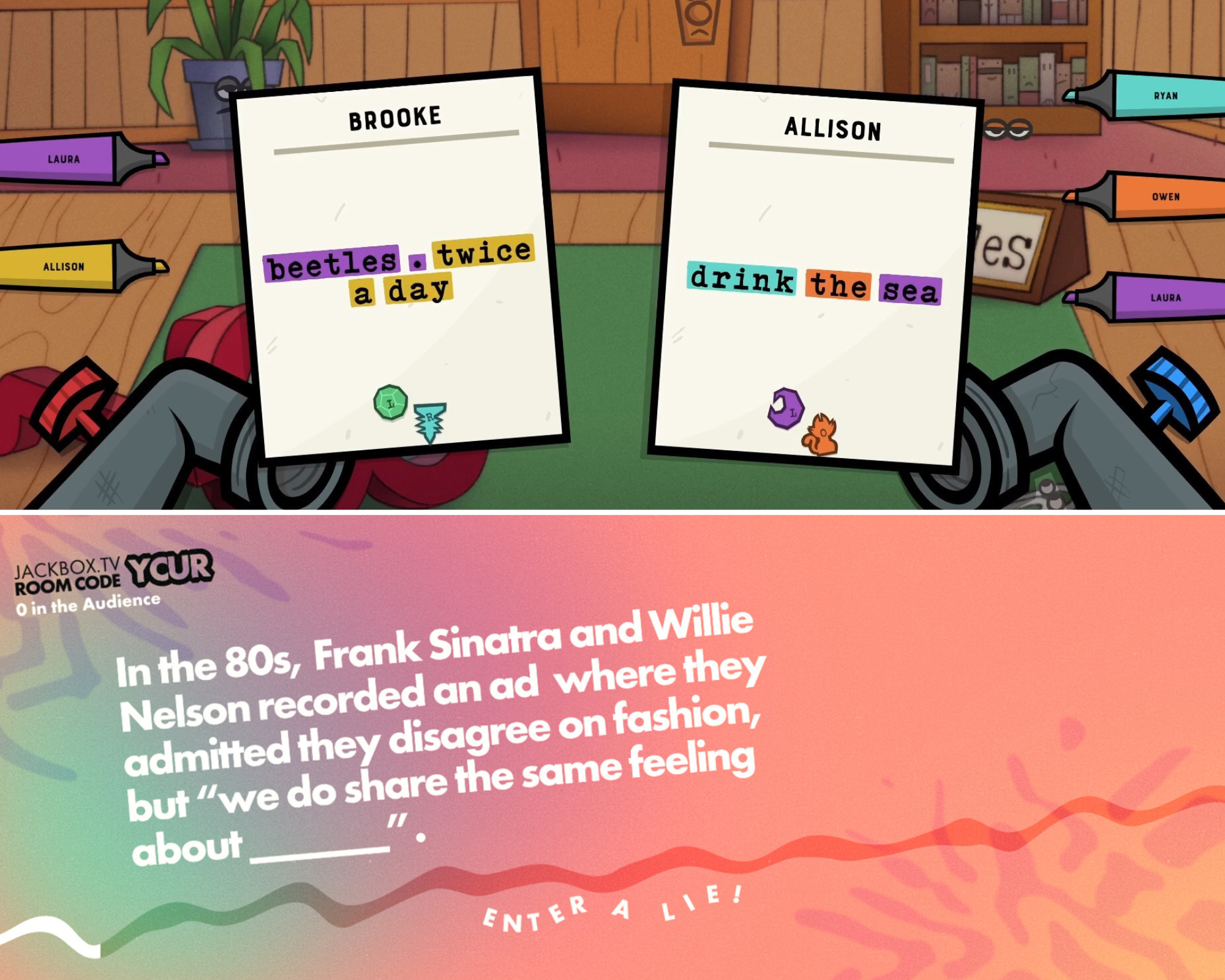 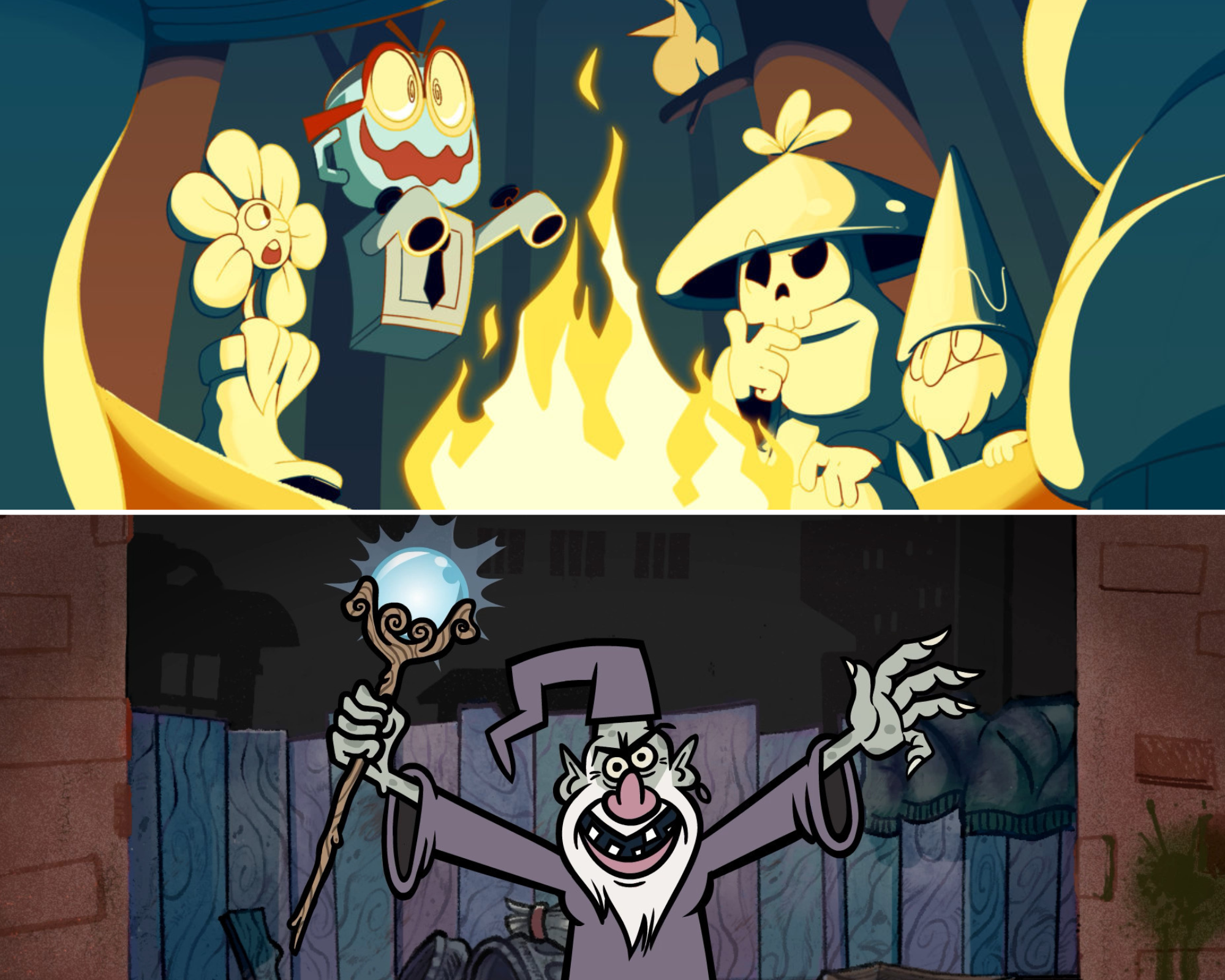 While both games deliver an overwhelming sensation of fun, Jackbox Party Pack 9 wins the day unequivocally. Each mini-game feels like a fresh breath of air that scales the player’s gaming experience to a new level. We don’t deny the game has some shortfalls, but the ninth installment deviates from the simple gameplay and sparks natural creativity from players.