Fortnite is one of the biggest games ever released. In Chapter 1, Epic Games offers different landscapes with interesting stories. Everything players learned to love changed forever in October 2019, when Chapter 1 moved to Chapter 2. This Chapter 2 came up with countless new areas to discover. Despite dividing the overall player base, Fortnite Chapter 2 paved the way for some exclusive locations. Mythical Points of Interest (POIs) stand out as innovative ideas, regardless of their potency. Misty Meadows and Lazy Lake are two locations recently introduced in Chapter 2 that grew up in Fortnite players.

We are now almost five seasons in Fortnite Chapter 2, and we have built a list of the top fice POIs so far, after a year of enjoying Fortnite’s post-blackout atmosphere.

In Chapter 2 Season 3, Catty Corner made its debut, located northeast of Misty Meadows. It featured Henchmen and Kit, a kitten / robot hybrid from Meowscles from the previous season. He carried two very powerful weapons. One of them, the Mythic Shockwave Launcher, became the focus of many players in the third season. It used rockets as ammunition and functioned as a grenade launcher that delivered shockwave grenades.

Whoever had the Mythic Shockwave Launcher in their hands could gain altitude with ease. It was a complete revolutionary weapon. Players lucky enough to eliminate Kit also won a mythical charge shotgun. Charge Shotgun had its debut in the third season, arrived to replace the Pump Shotgun. Although the weapon itself received a polarizing response from Fortnite fans, Kit’s Charge Shotgun was excellent. He could eliminate opponents with just an accurate, fully charged explosion. 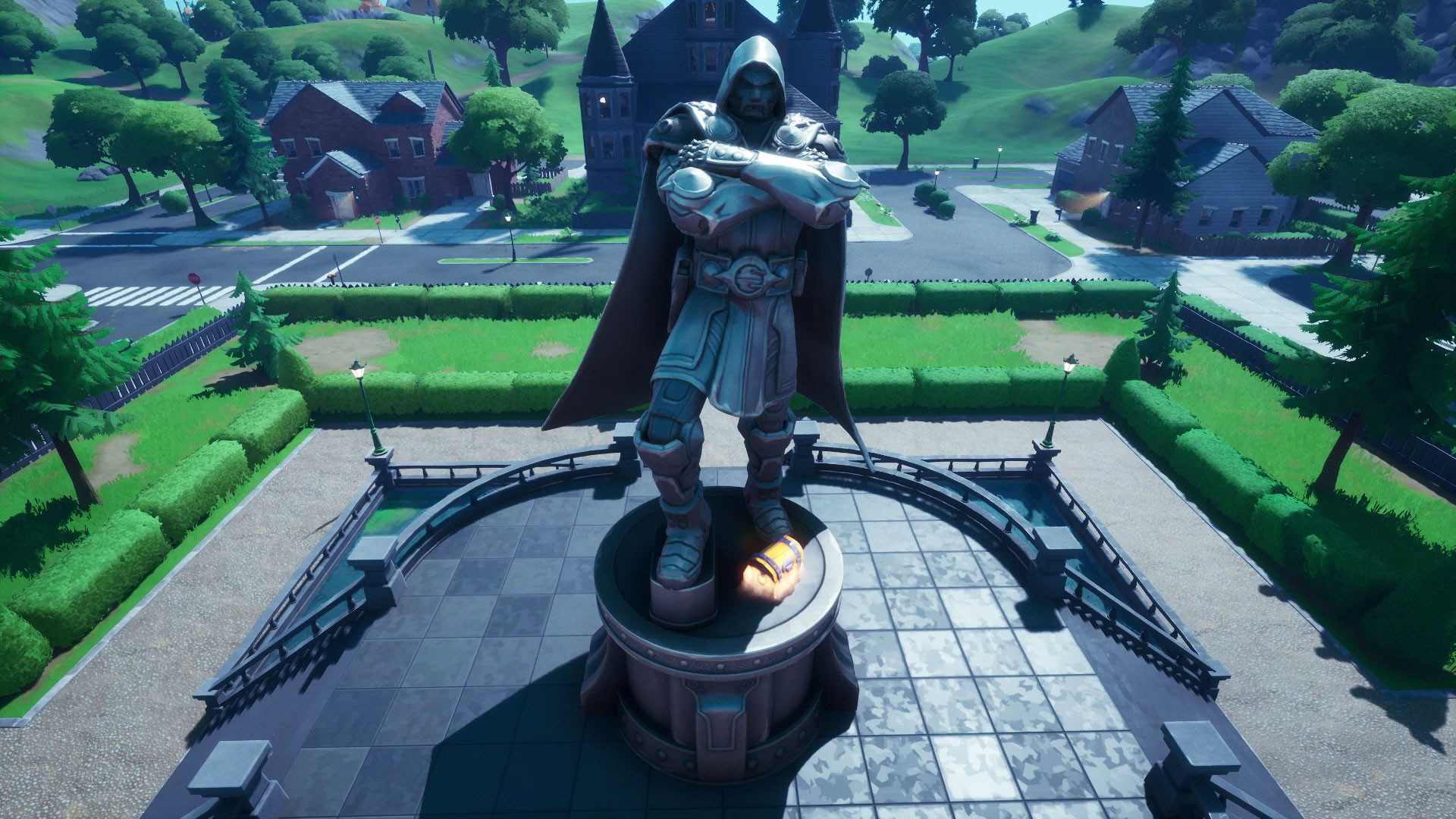 Doom’s Domain was the replacement for Pleasant Park, as well as being the first Marvel-themed venue. This place is policed ​​by Doctor Doom, with a dark mansion on the north side. After eliminating Doctor Doom, players will see two Mythic superpowers fall from his body. Mystic Doom Bomb and Arcane Doom Gauntlets are powerful and work very well. The Mystical Bomb offers 60 DPS, destroys constructed structures and engulfs the impact area in flames.

Arcane Gauntlets from Doom launches quick projectiles at 45 DPS. Thus, it allows players to fly briefly without waiting time. The site has several airdrops and chests, making it a great place to land. Let’s not forget that all of Pleasant Park’s houses remain, some with Henchman’s chests. There’s a lot to like about Marvel Comics’ first dedicated Fortnite location. Players only need to prepare for endless fights after touching the ground.

The Grotto is the third best place to land in Fortnite. (Image: Epic Games)

The Cave is located south of Dirty Docks and follows the formula of all Mythic points of interest. Like Midas, Brutus carried one of the best weapons in Fortnite Chapter 2, the Minigun Mitica. With 252 DPS, she fired very fast, took too long to overheat and with a precise aim. Brutus’ Minigun became an instant annoyance for players who received their insane barrage of bullets.

Like all other mythical POIs, The Grotto contained several great items. Heavy snipers, boats, helicopters and many chests. With all its advantages, The Grotto almost guaranteed chaos from the start of each game. However, Brutus’ home base is easily one of the best Fortnite locations in recent history. 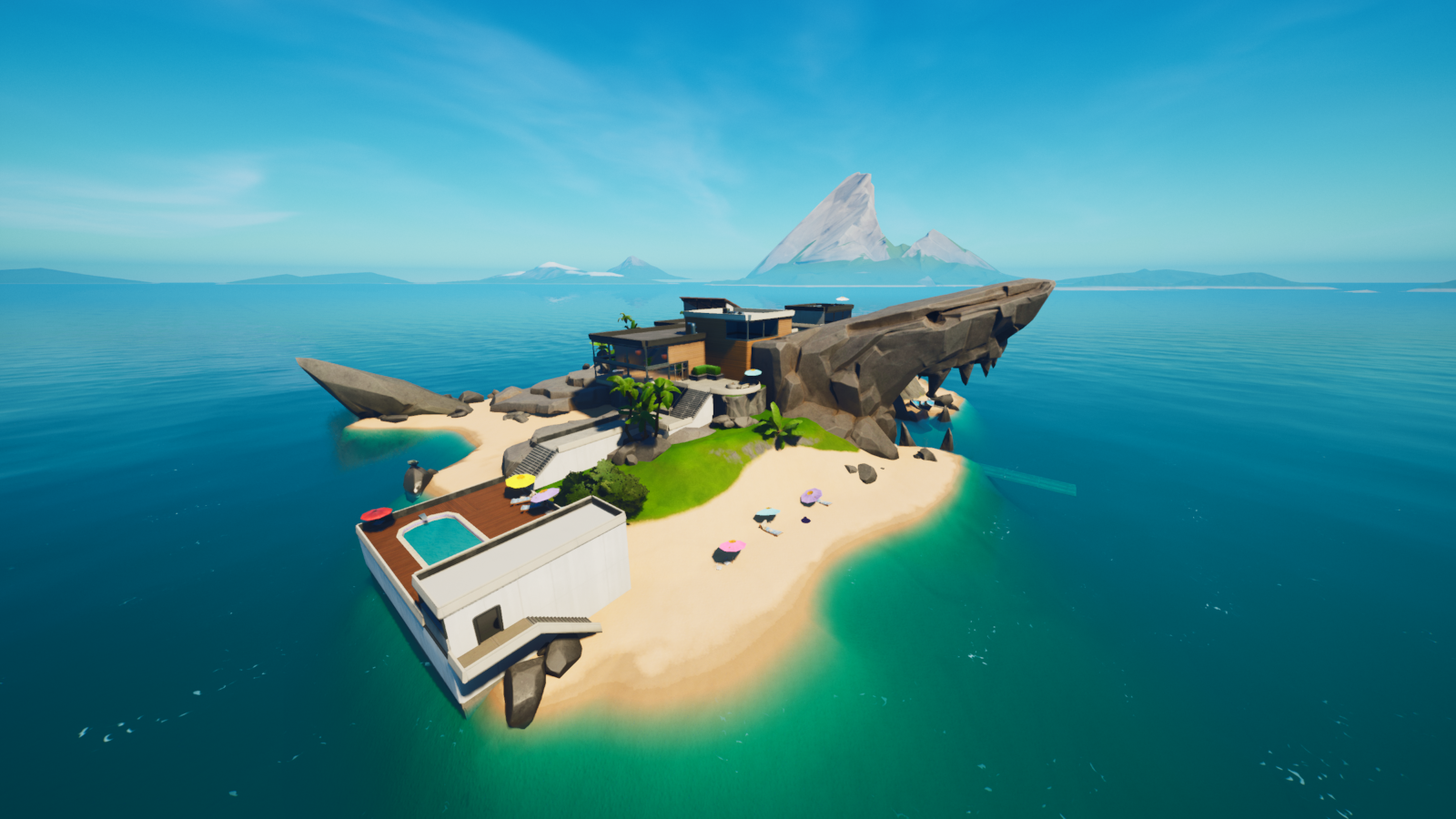 The Shark is the second best place to land in Fortnite. (Image: Epic Games)

The Shark can be considered one of the most powerful points in the history of Fortnite. Chief Skye is responsible for patrolling. Skye’s assault rifle and unlimited-use Grappler ensured an instant advantage over all opponents in a given match for both competitive and casual players. The 222 DPS Rifle with the w-keying Grappler was the difference. The Shark contained a safe full of loot, barrels of ice cream as a guaranteed shield, lots of bricks and wood, a helicopter, several chests and boats.

Like all other Mythic POIs, there was no shortage of players brave enough to face The Shark. The teams that managed to fall there, remained very well during the match. Ultimately, Shark will go down in history as one of Fortnite’s best landing spots.

Stark Industries is the best place to land in Fortnite. (Image: Epic Games)

Iron Man received a location called Stark Industries in that Chapter 2 Season 4. With the goal of replacing Frenzy Farms, that location completely overhauled the way Fortnite’s competitive and casual players prioritized their delivery points. This point has become a key point of interest for an apparently infinite number of reasons. Iron Man’s Unibeam ability allows players to fire a giant laser. This deals 90 damage to opponents in its path and breaks through built structures.

Less attractive, the repulsive grips fire projectiles allowing users to fly. This is just one of many reasons to land at Stark Industries. Since Iron Man’s POI is a Mythic deposit, players can obtain a key card that will open a safe. Inside this safe can be found healing items, legendary and epic weapons and mobility items. Fortnite’s best car, the Mark 51, can also be found there. One of the only downsides at Stark Industries is the lack of materials, but the struggles you will have here are worth it.

Fortnite: Launch on PS5 and Xbox Series X Next Week