Fortnite recently launched a new Party Royale mode, a very innovative idea. This new mode adds along with the standard Battle Royale playlists. This place is to escape the pattern and the battles of buildings, drop weapons and enjoy the good vibes. This Party Royale island can be defined as a new experimental and revolutionary space. There you can find many activities and opportunities to explore. Currently, players can participate in regattas in the Fishsticks’ Boat Race, complete air courses in the Skydive Rift and try out new items such as the Paint Launcher.

Last week, there was a test event in which it was very successful. So, Epic is organizing the official Party Royale Premier this Friday, May 8th, starting at 9 PM ET. In this event, Dance Music stars Dillon Francis, Steve Aoki and Deadmau5 will participate. Just queue for the Party Royale playlist and join. 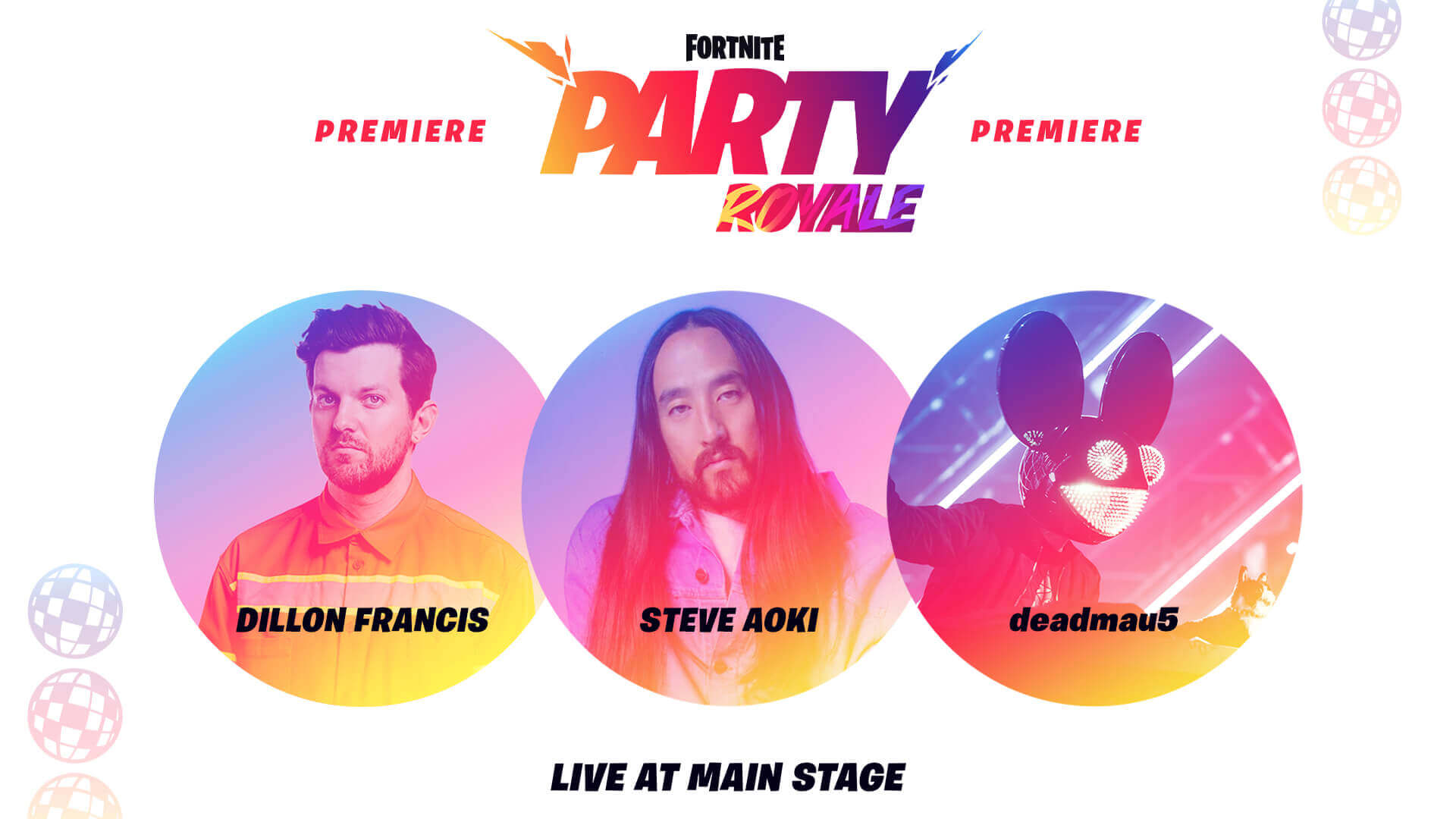 Music Dillon Francis, Steve Aoki and Deadmau5 will participate in this edition of the Party Royale Premiere. (Image: Epic Games)

Even if you are late, you can watch the rest of the program, as it ends at 10 PM ET. Can’t you watch today? No problem, just like at the Travis Scott event, there is an encore. The entire event will be retransmitted on May 9, at 2 PM ET.

Even if you are not interested in the party, there will be a free gift. Any member who enters Fortnite from Friday, May 8, at 6 PM ET, until Monday, May 11 at 10 AM ET, will win at Neon Wings Back Bling. These colorful wings will react to the music, making them the perfect accessory for the show.

Another news from the last few hours for Fortnite. Dubbed the “anti-aimbot glider”, the community used this glider a lot due to its advantage. The Dragacorn glider was officially released on April 3rd. He made a few additional tickets to the Fortnite item store over the course of that month.

In case you don’t know how the Dragacorn glider performs in the game, the video above represents you very well. However, anyone who is already used to it, knows that this cosmetic is massively dominated in the competitive landscape of Fortnite.

The item becomes vulnerable when a player is casting a padding in a final game scenario. This unique standing feature that a player receives from the Dragacorn glider in combination with the “wiggling” animation. Making tracking the players with this glider much more difficult.

Shortly after this announcement, HypeX reported that anyone using the Dragacorn glider in the Arena would appear as a standard glider.

The Dragacorn glider has been replaced in arena only with the default glider! pic.twitter.com/0w8bDxP5Hg

Epic once again showed that there is competitive integrity. He recognized the differences between competitive and top playlists. Prior to that, Epic’s position was to keep the two playlists as closely related as possible. Making casual players able to play exactly the same game as their favorite pros. After separating the withdrawal pools, this policy was significantly relaxed.

Epic Games has sent a community update on its Twitter page to clarify any uncertainties:

While we work on an animation fix, the Dragacorn Glider will temporarily appear as a default Glider in competitive playlists on PlayStation 4, Xbox One, PC, and Mac. The animation fix will apply to all platforms and modes.

Epic will also reimburse those who bought the glider without having to use a refund token. “After the Glider’s animation changes, owners of the Glider will have the option to refund it without the use of a refund token,” continuing the thread.

Now or later, that would be fixed anyway. It can be understood in this way. This is all for the Solo Fortnite Championship Series Invitational. There is US$ 2,000,000 at stake, it is normal to see the Fortnite team take on these responsibilities before a big event like this.