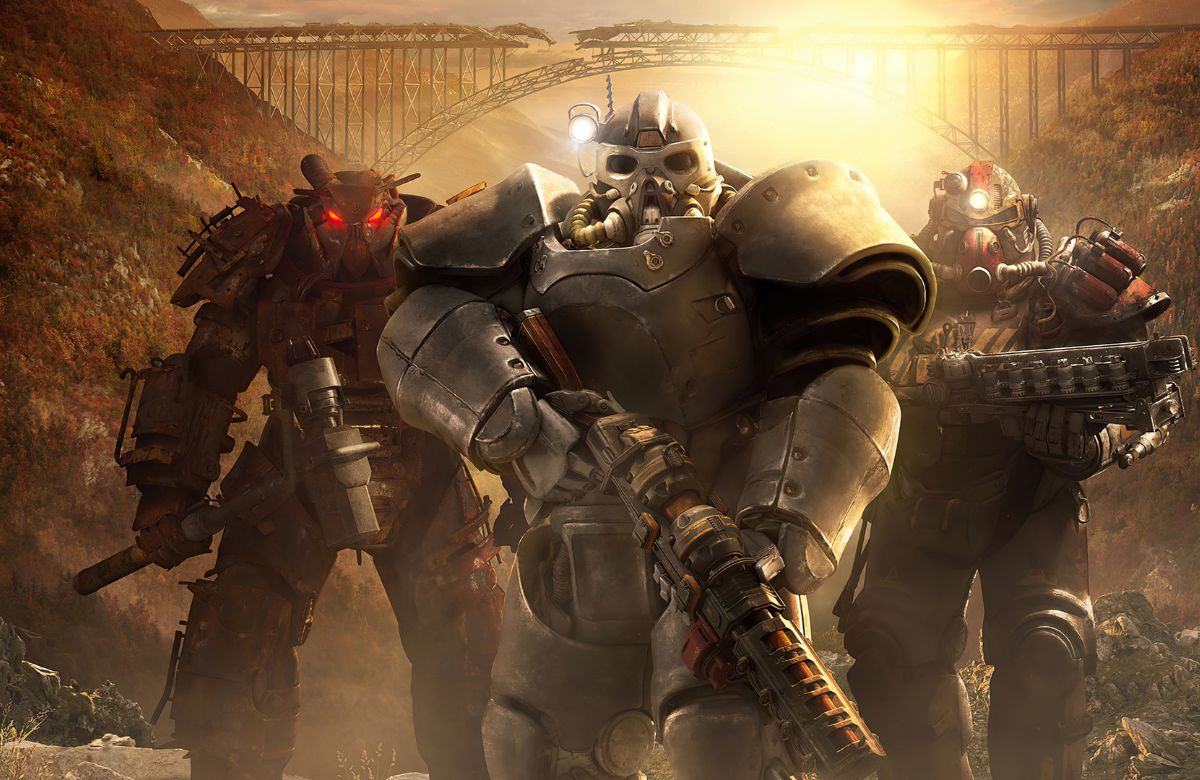 When Fallout 76 made its debut in 2018, fans were delighted to get a glimpse of the series’ first online multiplayer game. However, certain mishaps in the game, including bugs and non-interaction with the NPC, plummeted the excitement levels. Soon after, the studio released a free upgrade that improved some of these features. Admittedly, Fallout 76 doesn’t quite meet the mark like other titles in the series do. But it’s still a boatload of fun traversing the wasteland and hunting down mutated beasts.

What’s more, you can expect a plethora of weapons, as seen in other games in the series. As easy as some weapons may be to come by, that doesn’t mean they are the best to equip. To be the game’s trailblazer, you need the best of the best to beat the odds of survival. Here are the best weapons in Fallout 76.

Are you ready to cause a storm? Well, they don’t call it Perfect Storm for nothing. It is the only firearm with the Tier 4 legendary effect that deals 24 fire damage over 3 seconds. You get to shoot your enemies and set them ablaze—talk of a fiery force to be reckoned with. Moreover, the 10mm submachine gun is easy to come by. You can find it during the game’s early stages. Once you acquire it, it adapts to your character’s level. For instance, if your character is level 5, you will receive the submachine gun graded to level 5.

Furthermore, modifying the gun with the right perks turns you into an unstoppable killing machine. We recommend the Commando perks, which upgrade the damage for a satisfactory takedown. To obtain this weapon, you need to complete the “Cold Case” quest. After that, Miss Annie will reward you with the firearm at Wavy Willard’s Water Park.

Do you need to take down a horde of enemies with one strike? The Gauss Rifle is the right candidate to get the job done. The best part is that you don’t need to be at a very high level to access this powerhouse weapon. At level 35, you’ll be blasting the enemies from miles away. The rifle launches explosive projectiles with intense damage, allowing you to strike more than one enemy with every shot. Moreover, the rifle uses a charging principle. The more you depress the trigger, the more charged the rifle is for an explosive shot. This action charges up the capacitors, increasing the rifle’s damage output.

If this doesn’t get your adrenaline pumping, wait until you see its magnificent build. The rifle looks straight out of the Terminator’s chapter of best weapons. The gun’s capacitors and copper wiring are exposed and run close to the barrel. Also, a tube display on the stock shows the weapon’s charge percentage. You don’t have to worry about running out of ammo. The Gauss Rifle uses a 2 mm electromagnetic cartridge that is easy to craft. Furthermore, the game gives you multiple options for obtaining this rifle. You can buy it at the Whitespring Bunker or Watoga Station. Alternatively, you can find it at the abandoned mine shaft or Watoga Underground. Scorchbeats and deathclaws can also drop the weapon.

The Dragon is the ultimate black powder rifle in Fallout 76. With four different barrels and .50 calibre balls, the weapon deals a base damage of 230. Once fired, all barrels discharge simultaneously. However, the rifle equally splits the damage dealt between each projectile. You can amp up the damage by modifying the weapon with the Covert Operative and Rifleman perks. The right upgrades can result in a potential 920 Base Damage.

Although the weapon cannot be crafted, you can craft it as a legendary weapon from scratch for the first time. There are multiple ways you can obtain this heavyweight weapon in the game. You can purchase it from the Free States Vendor, Grahm, or the vendor bots at Watoga Station and Harpers Ferry. Alternatively, you can find it at the Ash Heap, Uncanny Caverns, Morgantown Airport, Garrahan Mining Headquarters, or the Eastern Regional Penitentiary. Also, battling David Thorpe, honey bees, fog crawlers, or the Scorchbeats queen gives you access to the weapon as a drop.

The wastelands of West Virginia harbor plenty of threats. While having a firearm can prove resourceful, having a few explosives for that surprise attack is ideal. If you find yourself in the middle of an ambush attack, Plasma Grenades can get you out of this rut fast enough.

The grenade is a compact explosive weapon that deals heavy ballistic and energy damage. The best part about them is that you can craft the grenades using the Plasma Grenade Plan. However, you gain access to this plan after completing the Earth Mover and Personal Matters quests. Alternatively, you can find them in the Camo Venture’s storage room.

A must-have weapon in Fallout 76 is the Handmade rifle. The firearm ranks first for its impeccable damage and solid stats. Moreover, it offers a range of customization, making it the ultimate weapon against deadly enemies. The creators behind this superb weapon are the Appalachian survivors after the Great War.

Aside from the top-tier stats, with the right perk combination, the rifle turns you into an unstoppable killing machine. We recommend the Rifleman or Commando perks for an intense Damage Output. At first, the weapon may seem like your conventional rifle with little to offer. However, after a few upgrades, the rife will be your die-hard companion. You can obtain the Handmade rifle from the Charleston Capitol Courthouse, the Big Bend Tunnel, below The Burrows, the Amelia Espresso building’s roof, or the salon at Berkeley Springs. Alternatively, you can access it as a drop after battling Mothman cultists, Free Radicals, honey beats, crowned boss enemies, settlers, raiders, and Yao guai. You can buy the rifle from Grahm, Sunny, or the Watoga vendor bot.

So, what’s your take? Do you agree with our top five? Are there any weapons you’d recommend using in Fallout 76? Let us know over on our socials here or down in the comments below.

Related Topics:FalloutFallout '76Weapons
Up Next

5 Things We Want in Evil West 2