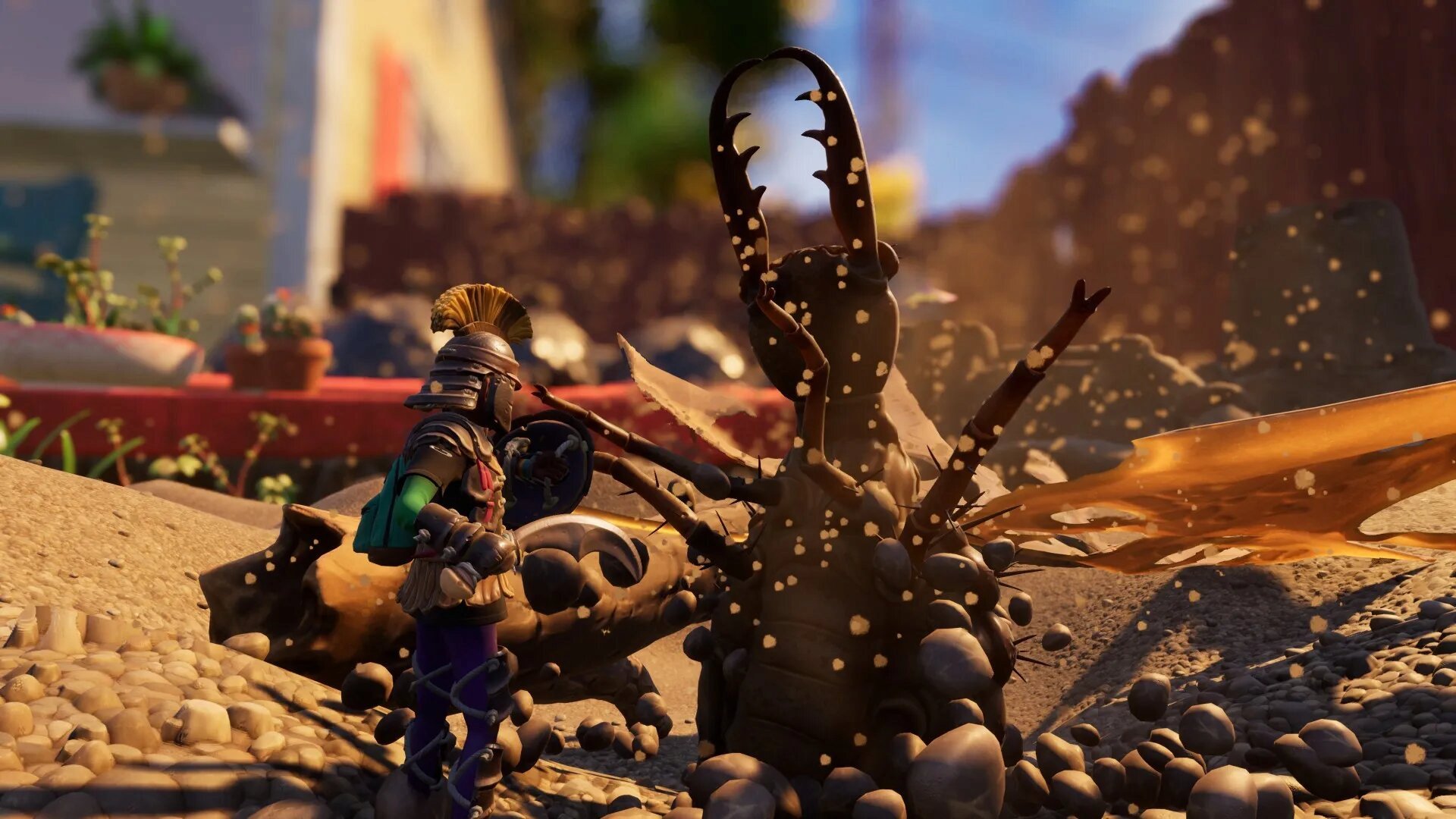 Life isn’t easy when you’re an insect-sized version of yourself, and Grounded’s full release has been more than merry in showing us all the small joys, as well as the many dangers, of that reality. Even just a small sample size of a neighborly backyard is more than enough to show us the daily dangers we have to face in order to survive. And, because we don’t have an exoskeleton like most insects, we need some extra protection when we’re out doing our daily business. That’s why you should only rely on the best armor sets in Grounded to protect you from becoming a bug’s next snack. Want to know what those are? Read on and find out! 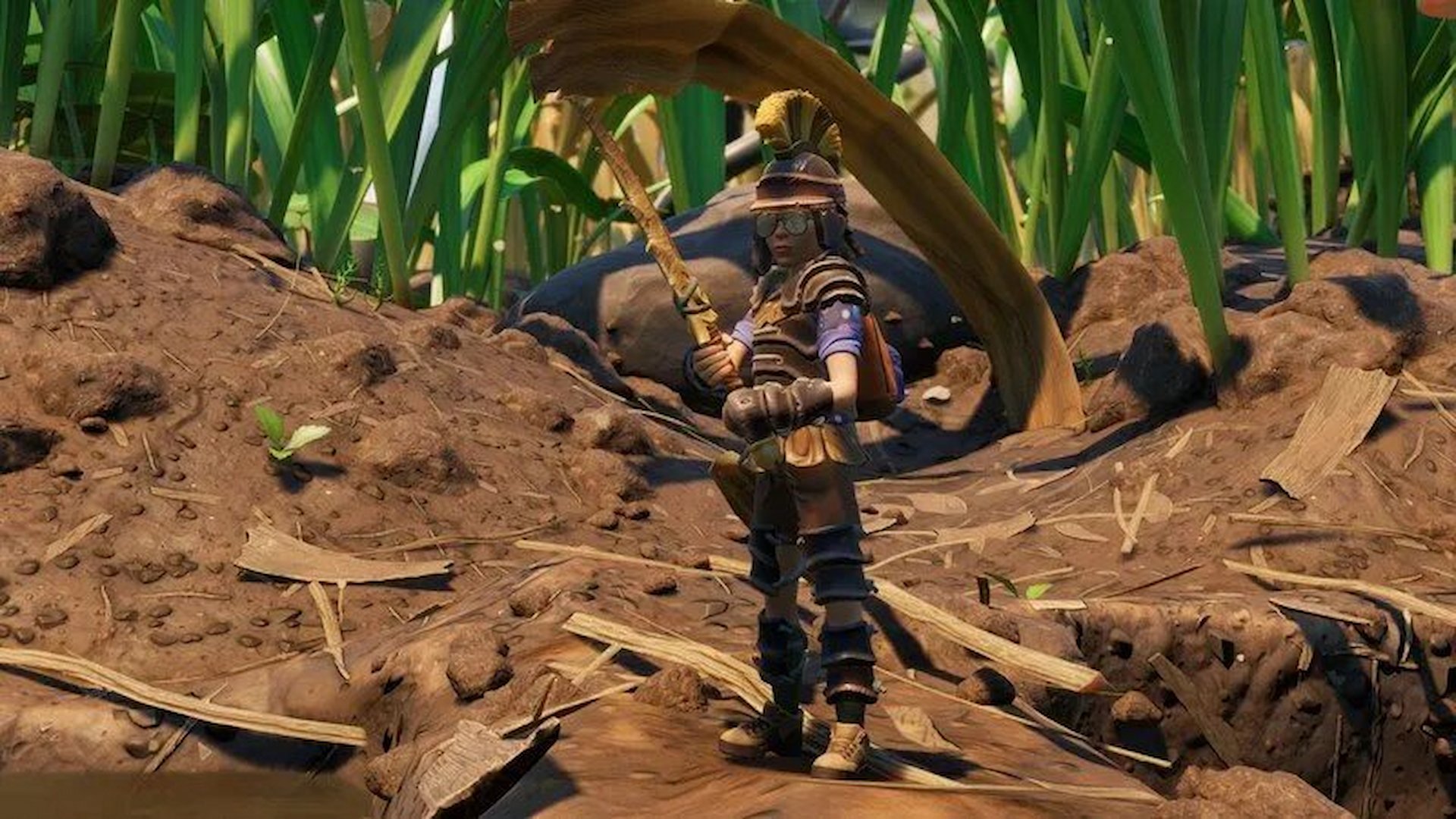 Roly Poly Armor has been in Grounded for some time, and it’s many people’s go-to choice when gearing up for a big fight. This tier three heavy armor has every inch, or in this case, millimeter of you’re body covered. Its thick plates may cause a 25% stamina drain, but it’s got you protected with a 15-point defense rating and 30% damage resistance.

The Roly Poly Armor has an increased block stun, so you won’t be knocked over as easily while wearing this armor set. With that, you get blocking strength so you can block for longer periods of time. Its crutch is the armor’s bonus, Invincible Shielding. This increases enemies’ desire to attack you, but when we’re this layered, we say “Let them come and get it!”

Plus, if you need a confidence boost, the Roly Poly Armor will have you walking into battle looking like a miniature gladiator. And who’s to say we can’t take down creepy crawlers while being overprotected and encumbered in style? 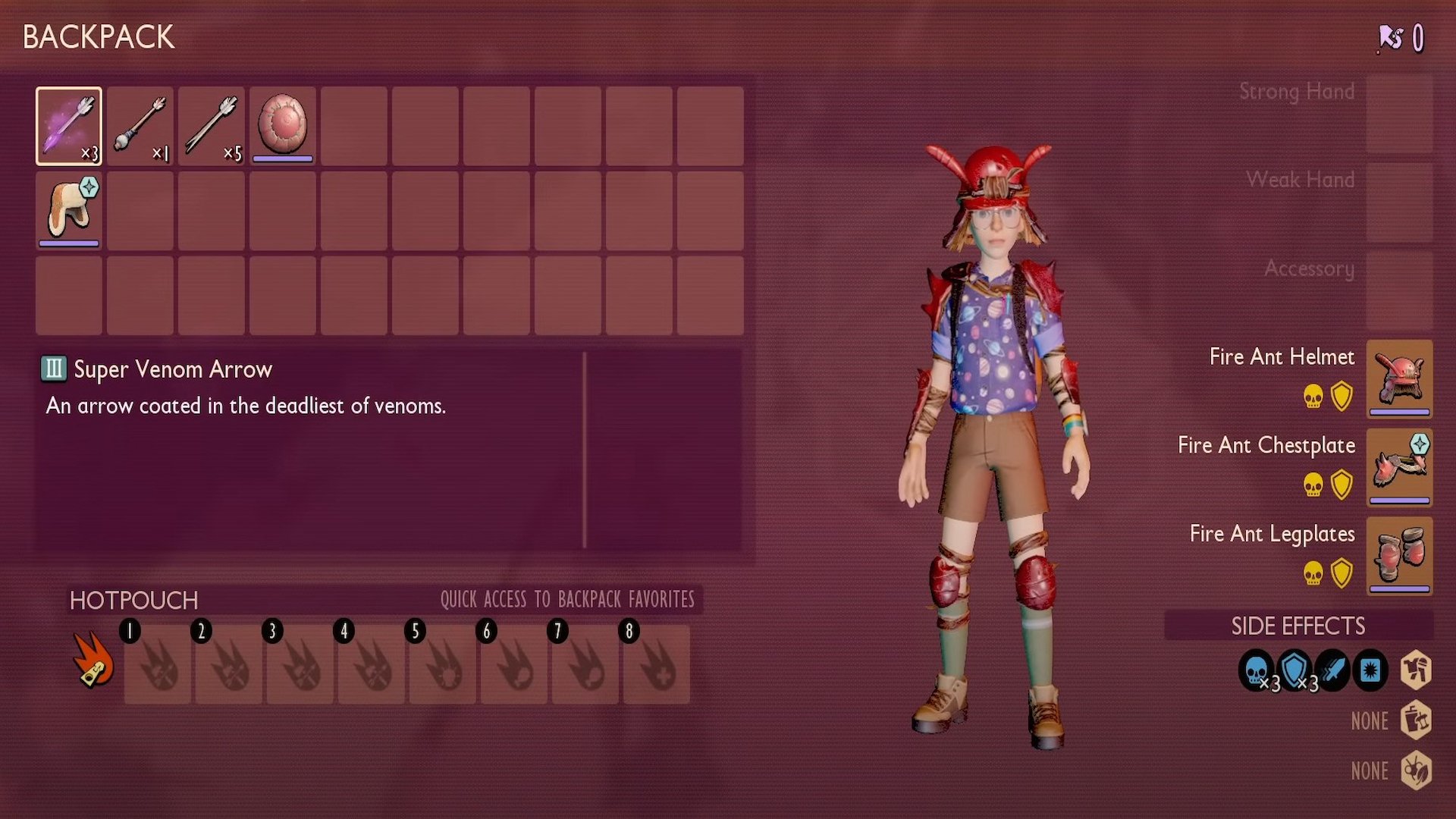 The Fire Ant Armor is the third addition to the Ant Armor sets, which also includes normal and Black Ant Armor. The Fire Ant Armor, however, is the best of them all. To get this tier 3, 15-point armor, you’ll have to kill no other than fire ants. However, it is well worth it because this armor has corrosion damage. This weakens the enemy’s defense over time, allowing your attacks to deal more damage with each hit. But that’s not its only defining feature.

The set bonus is Acidic Splash, which allows you to hit with splash acid when using a melee weapon. It also benefits from increased acid damage, which boosts acidic effects on weapons. So, if you want to significantly improve your damage output while wearing this armor, acid-based weapon effects are the way to go. The list of attributes is undoubtedly the highlight of this armor, but it’s also only classified as medium-weighted armor, so you’ll also be more agile than the Roly Poly Armor. All around the Fire Ant Armor is delivering a lot more than just protection, which is why it’s one of the best armor sets in Grounded. 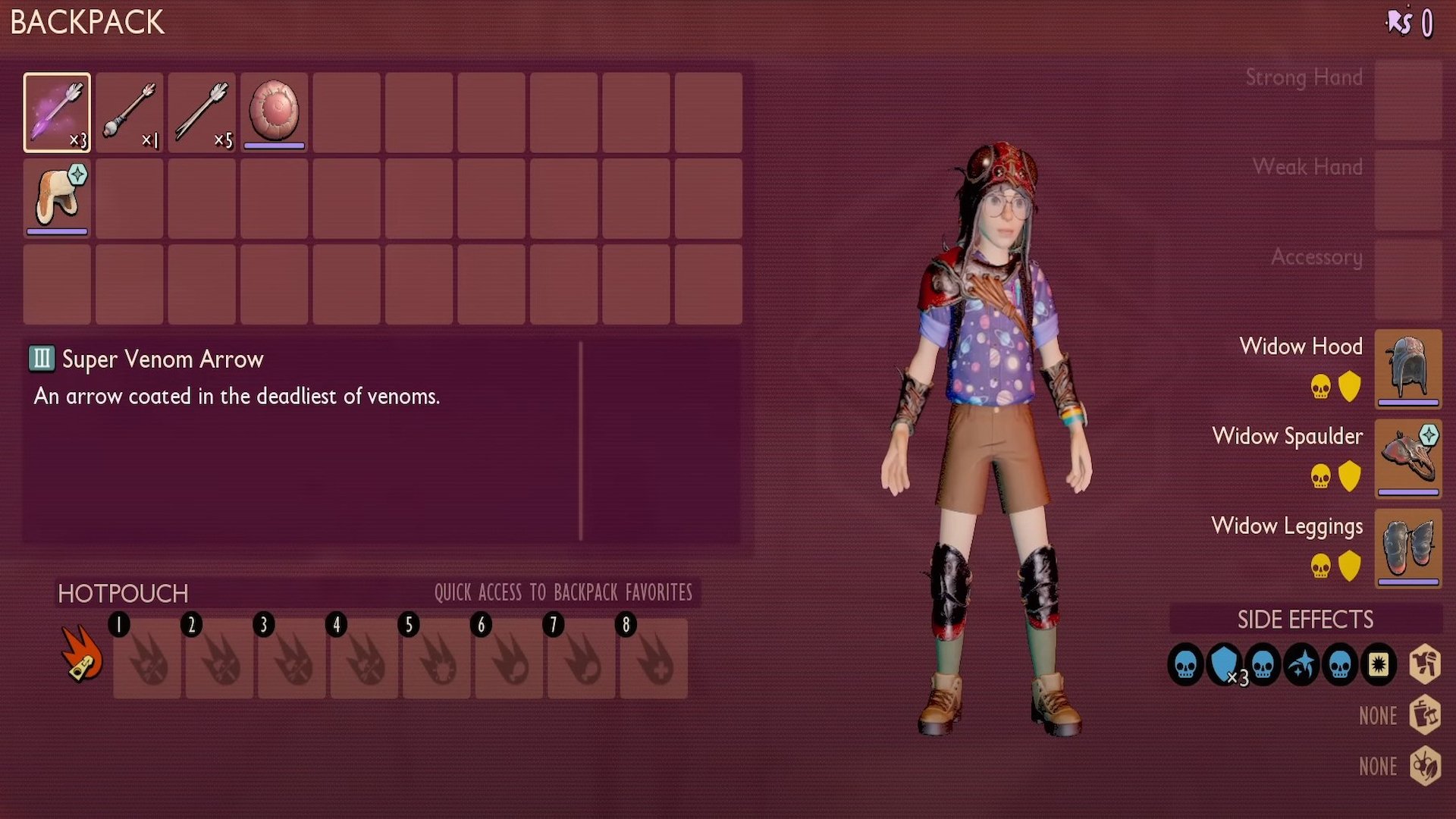 Before Grounded’s full release, Spider Armor was holding the current meta as the best armor. But now with five new armor sets added to the mix, it’s no longer number one. It can’t even be considered anymore because the armor got revamped as the Black Widow Armor set. Which is still proving worthy of its predecessor as one of the best armor sets in the game. However, to get this set, you’ll have to take on the horrendous, Black Widow Spiders. Which are as horrific to look at as they are to fight.

Being light armor, the Black widow set is best for mobile fighters who like to kite their enemies. Its bonus, Death’s Impact, boosts your movement speed after killing an enemy. Its lightweight build only consumes 5% stamina, but also consequently, only 10% resistance; far less than other tier-three armor sets. Despite this, its poisonous properties make it ideal for weapons with a poison effect. When the two are combined, the Widow armor makes for one of the best armor sets in Grounded. 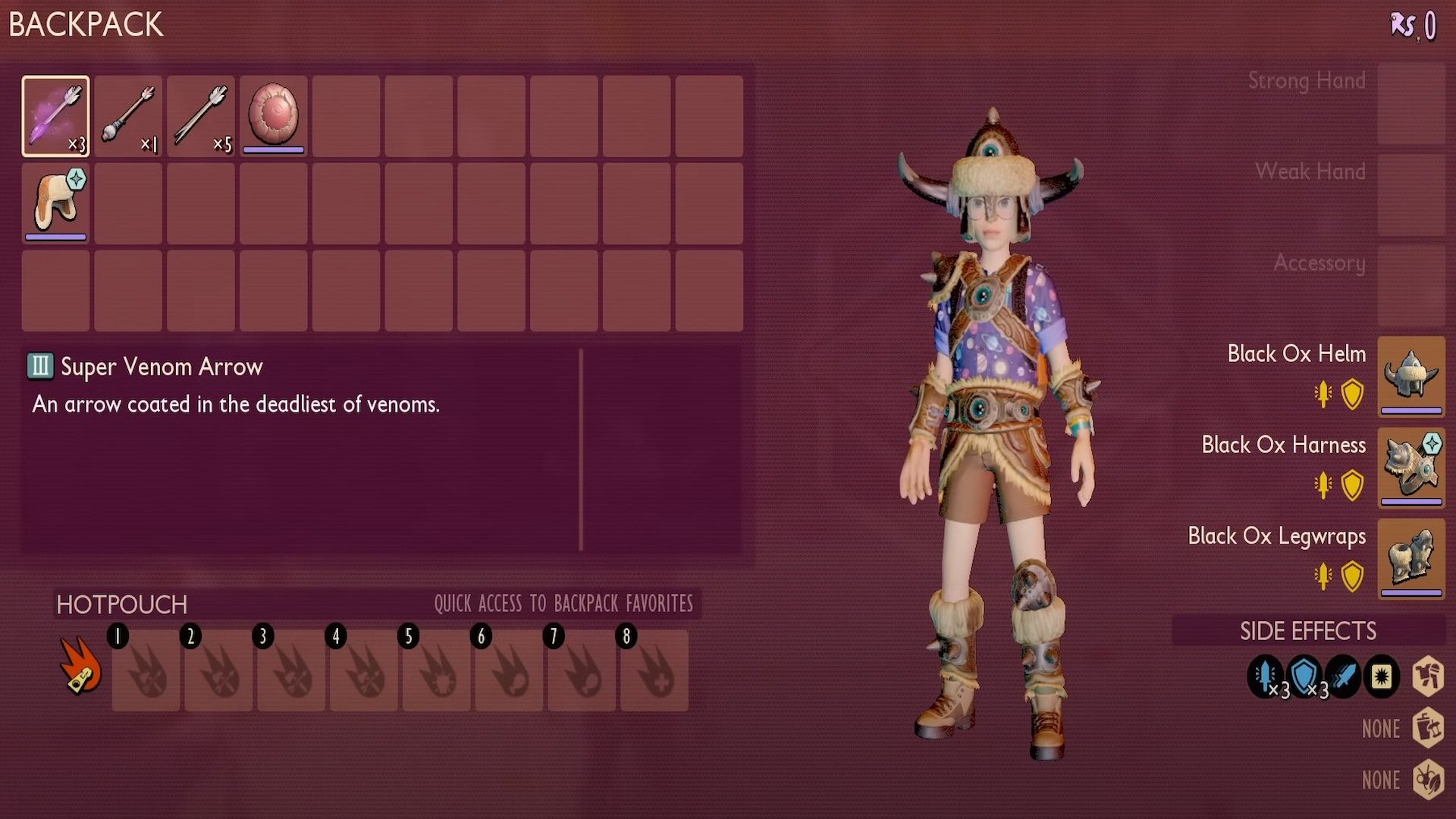 Wearing beetle chompers on your head into battle is certainly intimidating. That level of fear can only be obtained through the newly added Black Ox Armor. This medium-weight tier three armor provides 15 points of protection, 20% protection boost, and consumes 15% stamina. This is a very balanced statline that has you well-prepared for any fight. However, it’s not so much the Black Ox Armor but its extra features that make this armor set one of the best in Grounded.

Not only doe’s the black Ox Armor make charged attacks charge faster, but when they land successfully, the enemy will do less damage back. Essentially, increasing the armor’s protection. The set bonus, Stunning Charger, increases the stun damage of your charge attacks, making it easier to max an enemy’s stun bar. The Black Ox Armor is a great pick for a medium armor set with excellent protection. However, if you want to use it as one of the best armor sets in the game, your fighting strategy should revolve entirely around charge attacks. 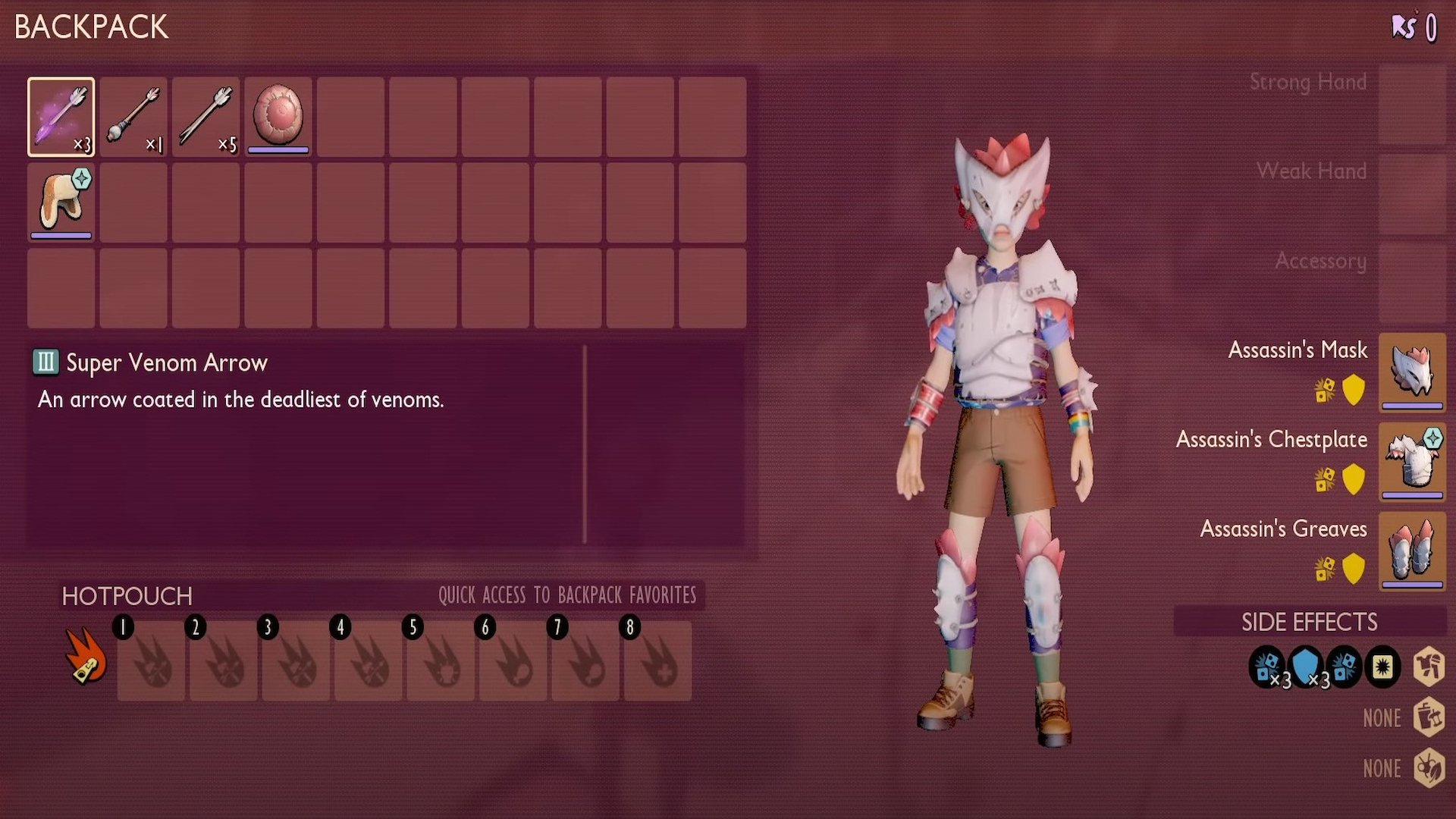 To some people’s surprise, we have the newly added Assassin Armor as the best armor set in Grounded. That may be a shock since this armor is a lightweight set, with only 10% resistance and 5% stamina consumption, but it still boasts 15 armor points. This can still be asking a lot considering you have to kill the Mantis boss to get the parts. But, much like the Black Ox Armor that we have ranked before it, the highlight of the Assassin Armor set comes from its additional attributes.

When you equip Assasin armor, you gain Crit Bleed, which causes enemies to bleed on critical hits. You also gain crit stun, which increases the stun damage of critical hits. Its bonus, Critical Chain, increases your chances of a critical hit after dealing one. Combine the first two attributes with its bonus and you’ll be taking out any enemy in just a few hits. That is why we have the Assassin armor as the best of all armor sets in Grounded.

So, what’s your take? Do you agree with our top five? Are there other best armor sets in Grounded that we should know about? Let us know in the comments below or over on our socials here!

Related Topics:Best Armor Sets in GroundedGrounded
Up Next

The 5 Most Metal Video Games You’ll Ever Play