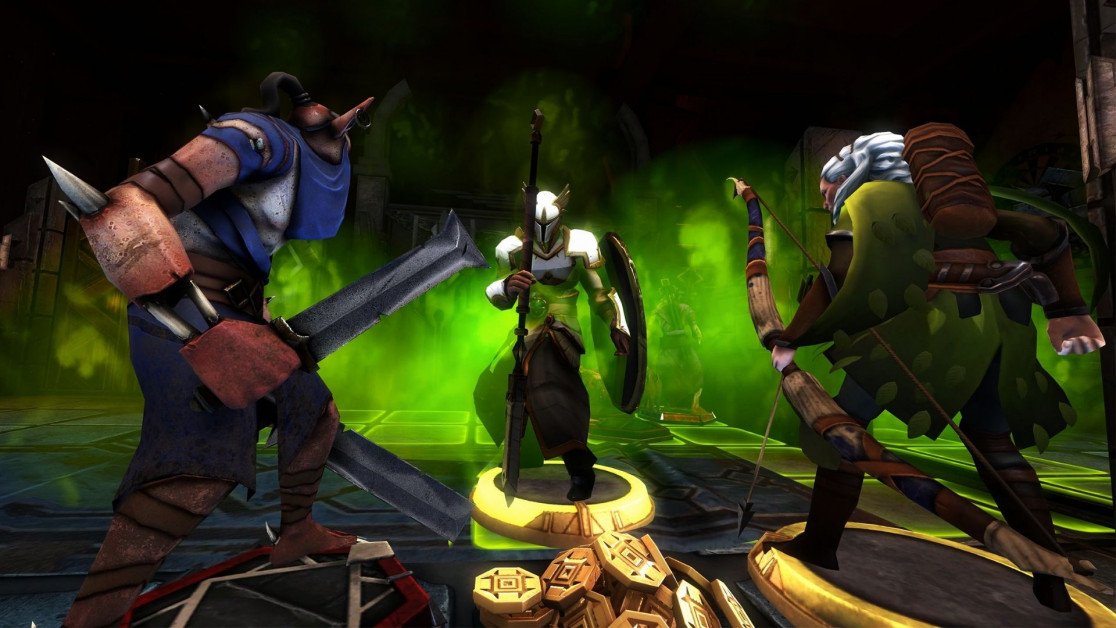 The video, which looks back on the developer’s 2021 and ahead to 2022, summarizes all of the developer’s upcoming releases for this year. We also get two very brief peeks of Heroes’ Hangout, Demeo’s social hub. In addition we get details about Blaston and the debut of Ultimechs.

It’s immediately after the 0:55 minute in the video below.

2021 was a year we'll never forget, but we have a feeling that this year is going to be even bigger! pic.twitter.com/Zl1pZ5po3v

Hangout sounds a lot like the social hub Resolution created for Blaston. It’ll be a location for people to meet up and play games together, with some extra activities thrown in for good measure. For example, you may see an arcade cabinet for a game named The Hauntlet, which appears to be a 2D top-down action game.

The video also provides us another look at Demeo’s flat screen version, which will be released in April. Additionally, the video gives a sneak peek at two more adventures coming later this year.

So there’s a lot in store for our 2021 Game of the Year. Demeo’s engaging social VR elements, which replicated the board game experience inside headgear, won us over. In 2022, we’d like to see Resolution bring the game to additional headsets.

So there’s a lot in store for our 2021 Game of the Year. Demeo’s engaging social VR elements, which replicated the board game experience inside headgear, won us over. In 2022, we’d want to see Resolution expand the game to more headsets, though the studio has yet to reveal plans for PSVR 2 and beyond.

Are you looking to discovery Dameo’s new hangout social club? Let us know over on our socials here or down in the comments below.