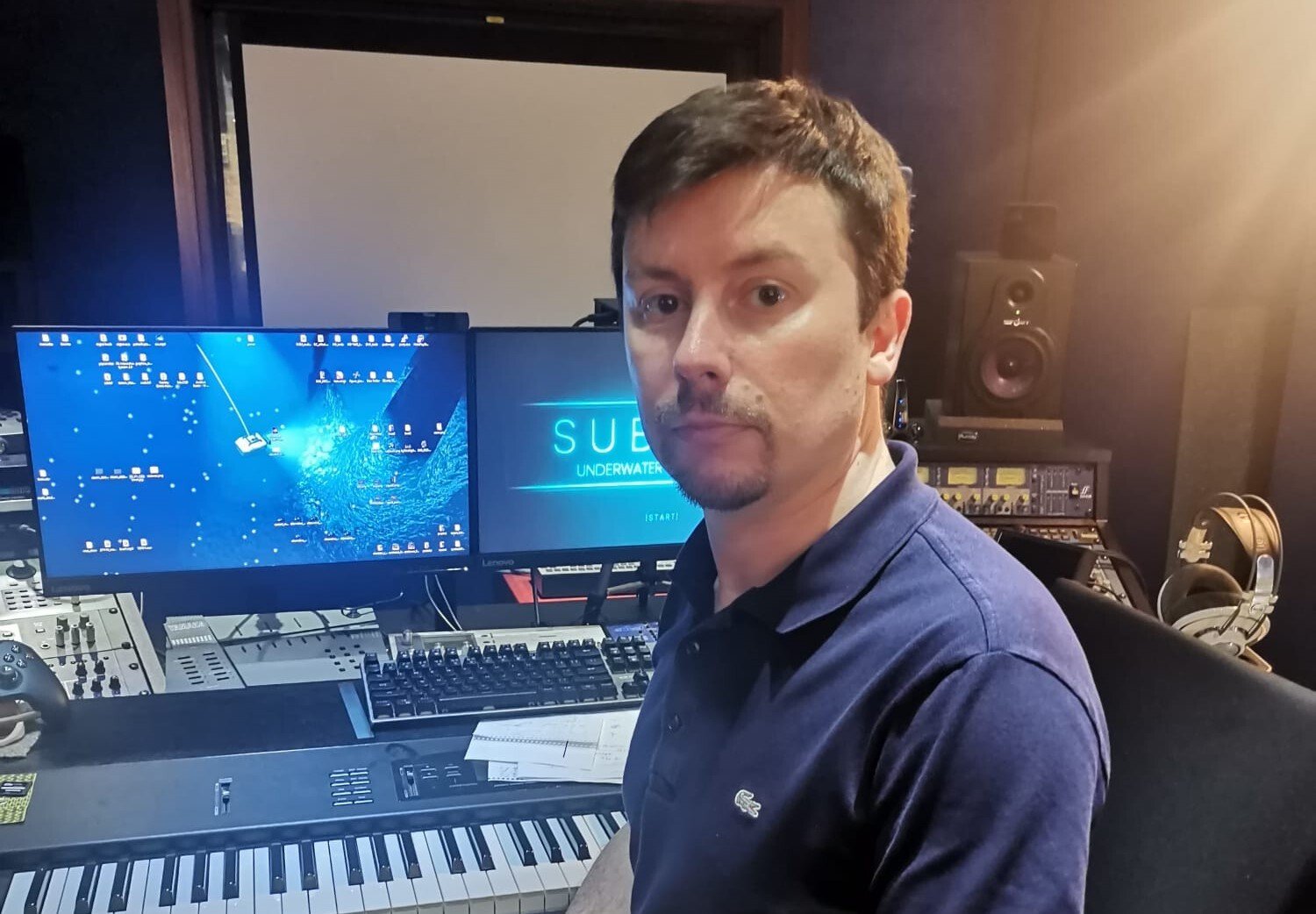 In spite of the industry’s best efforts to fill the eternal void that is the world of aquatics, there is still so much more of it that yearns to be chronicled. Fortunately, such curators exist, who devote their time to exploring one of the biggest biomes on the planet — the sea. Take José Luis González, for example, an indie developer who has spent the best part of the last two years developing subROV: Underwater Discoveries, a deep-sea exploration simulation game that lets players embark on rich and immersive bottomless voyages.

Curious to learn more about it, we caught up with José earlier this week to talk about subROV: Underwater Discoveries. The question we wanted to ask more than anything was straightforward: what is it? And, I suppose, more importantly, how will it bridge the gaps that so many have failed to weave together? Here’s what we learned. 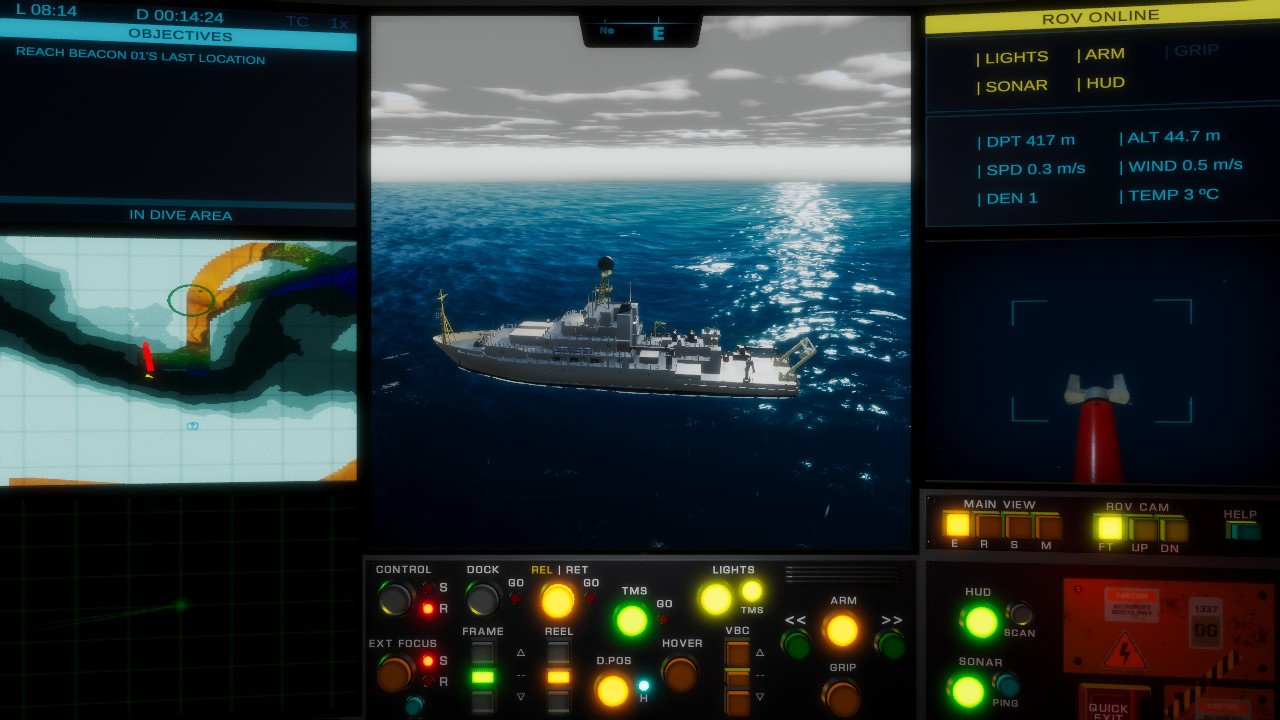 Let’s talk about sqr3lab — how did it all begin?

sqr3lab is my identity as a game developer. The name comes from a board and mobile game I co-developed many years ago; when I started making personal projects, I picked it up as a nod and tribute to the lifelong friends I made while working on it.

And what are you hoping to achieve as an independent developer?

My goal as an independent developer is precisely to retain that independence; to set my own objectives and work on projects that resonate with me. Being independent allows me to offer something special to me and worthwhile to others.

Tell us about subROV: Underwater Discoveries. What can we expect from it, and when are we likely to see it all come to life?

subROV is my rendition of the oceanographic live streams that allow people to follow cutting edge dives in real time. It’s truly amazing to experience aspects like the undocking procedure and hearing the gasps of scientists when they come across a creature they’ve never seen before at 1250 m depth. What I want with subROV is to recreate that whole experience putting players at the center of it all, right at the heart of the control panel of the submarine robot.

As for the second question, it is happening as we speak. I’m adding content at a good pace, and it’s very satisfying to see new creatures come to life for the very first time in the game. In fact, many of these creatures are being featured in a video game for the first time ever. 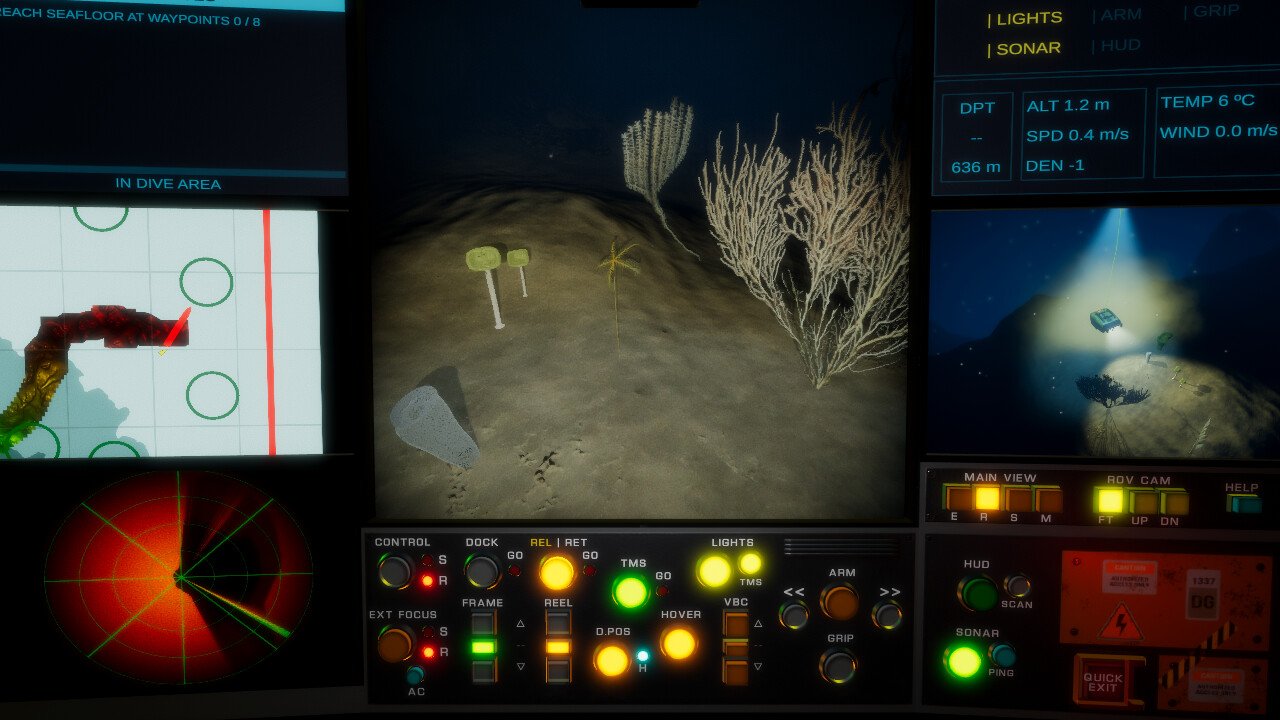 And what inspired the underwater setting? Have you always been drawn to marine biology and deep-sea exploration?

I’m awestruck by the vast, concealing nature of the sea. It attracts me, and I dread it, with a kind of fascination that I cannot fully explain.

I’ve always been interested in games with an underwater theme (subwar 2050 being the first I can recall), and I can’t think of a setting that aligns better with both my personal interests and professional development.

It’s interesting to see that both Schmidt Ocean Institute and the Bermuda Institute of Ocean Technologies are involved in the project. Could you explain what their roles are, and how they’ve influenced the game’s development?

BIOS and SOI have both been instrumental in the development of the game. They’ve given me support, endorsement, and direct access to resources and experts I can rely on when I’m touching on specialized subjects. Whether it is the depth at which Humboldt squid dwell during daytime, or the classification of a deep-sea coral specimen, with their help I’ve been able to make this game both unique and authentic.

What has it been like working with their teams?

It’s easily one of the best experiences of my life: one day I’m discussing inverse kinematics (robotic arm control) with some of the best ROV pilots, the next I’m browsing through stunning pictures of corals or asking biologists about a particular species of fish. It’s both enriching, and fulfilling, and it moves me to see how excited they all are to help and share their knowledge with me.

Do you have any plans to work with either institute after the game releases?

I believe subROV has a great potential for growth as a framework to recreate scientifically-sound, entertaining dives, and I would love to keep working with scientists and institutions in the future to bring their work to the game.

subROV: Underwater Discoveries is currently scheduled to launch on Steam. Do you have any plans to branch out to other platforms in the future? If so, what platforms would you like to see it on?

I have no immediate plans aside from Steam-PC, but no self-imposed restrictions either. I’ve already been asked about a Linux version, and consoles are not off the cards.

Is there anything else we can expect from sqr3lab this year? Any chance you could clue us in on the details?

subROV is entering Early Access December 2nd, and I’m incredibly excited about it! I can’t wait to have people play the game and I look forward to this next phase of development.

Anything else you’d like to add for our readers?

To you, reader: subROV is a game I’m making from the heart, with a purpose -for us to discover the ocean. Thank you so much for reading this, and I hope to see you soon subROVving around!

You can pick up your Early Access copy of subROV: Underwater Discoveries on December 2, 2022. The game will launch exclusively on Steam here.

For more updates on the project, be sure to follow the official feed here.

Genshin Impact: An Interview With Christina Costello The Voice of Collei