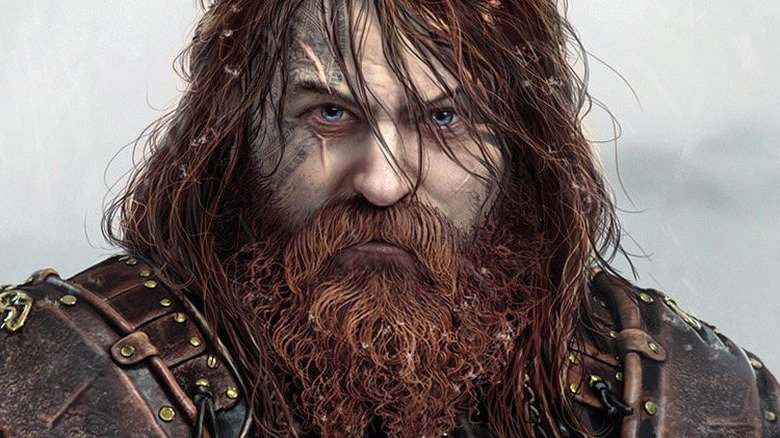 Thanks to Santa Monica Studios’ fine eye for quality storytelling and theatrics, God of War: Ragnarök wound up being one of the biggest powerhouses in modern gaming. It was no secret either, that the game would come preloaded with more companions, which in turn meant more story arcs and favors to unravel. And it was in the thick of those very favors, of course, that some of Ragnarök’s characters truly came to life and became one with the team.

So, which companions served Kratos and Atreus’ needs the best over the lengthy journey across the Nine Realms? Well, here’s how we’d rank them, from the weakest and most expendable, to the pillars of pride and loyalty. 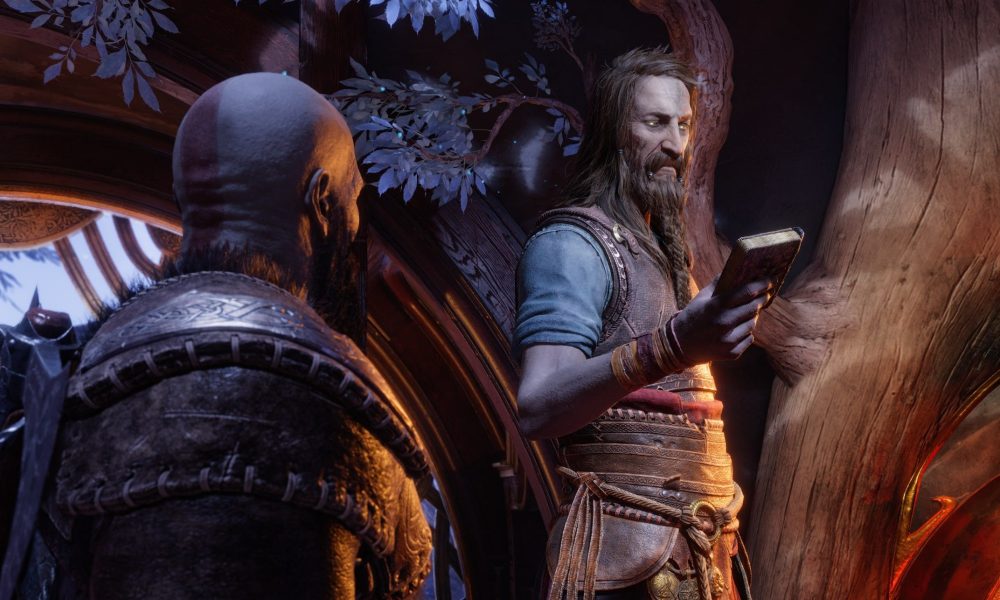 It should’ve been a powerful moment, setting the notorious God of War free from the shackles of the Applecore to aid both Kratos and Atreus’ prophecy. But in spite of all the tall tales and reputation, Tyr wound up becoming something much less—a pacifist, no less—who idolized the idea of peace over war. And while this was all well and true, it didn’t exactly help balance the scales in stickier situations that involved combat.

For the bulk of the campaign, Tyr served as a councilor of sorts, and gave it his all to sway Atreus away from any wrongdoing. But other than that, the giant needed only cower in the corner during battles to be remembered as “the guy who makes stew at Sindri’s place” and nothing more. The point here is, well, Tyr was sort of useless. 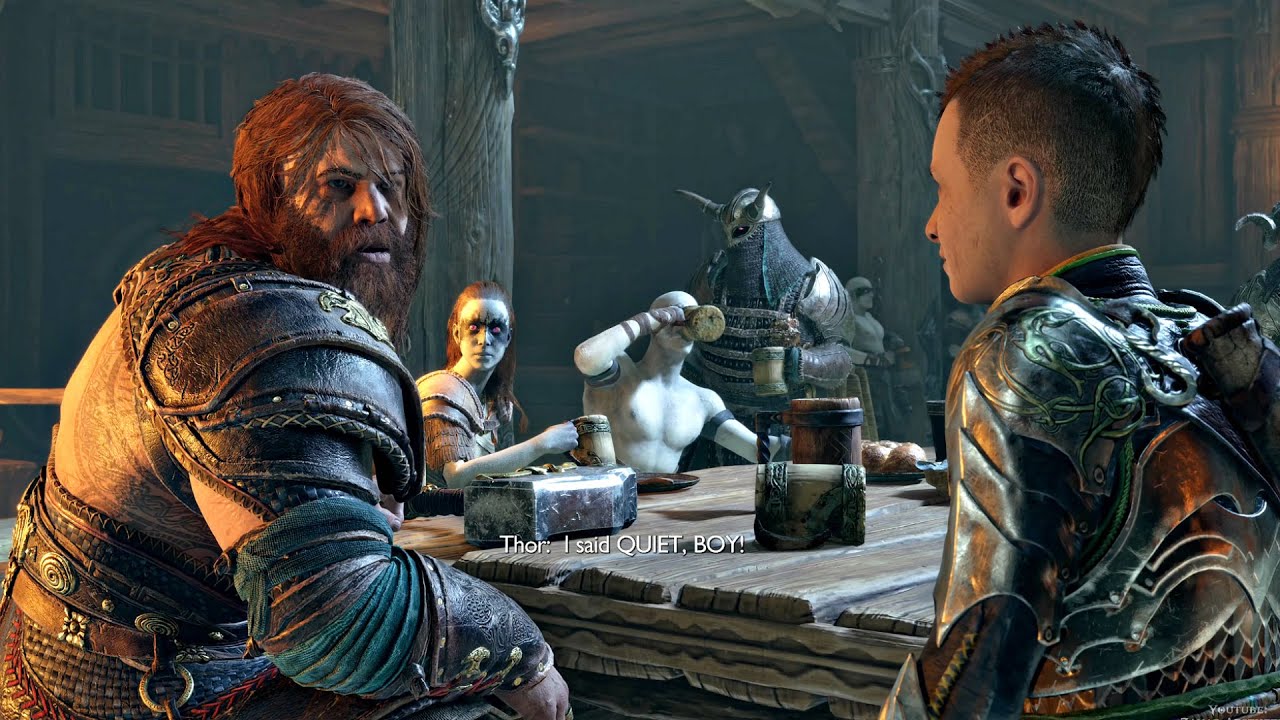 It’s a crying shame, knowing that Thor wasn’t ever going to be serving alongside Kratos in the heat of battle. But in spite of this, Atreus (or Loki, for Odin’s sake) did have the honour of questing with the famed God of Thunder on a number of occasions, which in turn gave players another spread of conflictions and ultimatums to wade through and decipher.

If it wasn’t for Thor’s arrogance, he could’ve very well made battles a lot easier—especially those involving numerous beasts and what have you. Instead, Thor spent a great deal of time standing in the shadows, asking only that “YOU deal with this,” and then proceeding to belittle your efforts. And yet, even with all the patronizing comments, there was still a deeper itch that yearned to be scratched with Thor. Was he an intriguing companion? Absolutely. Was he the best companion, though? Now that’s highly debatable. 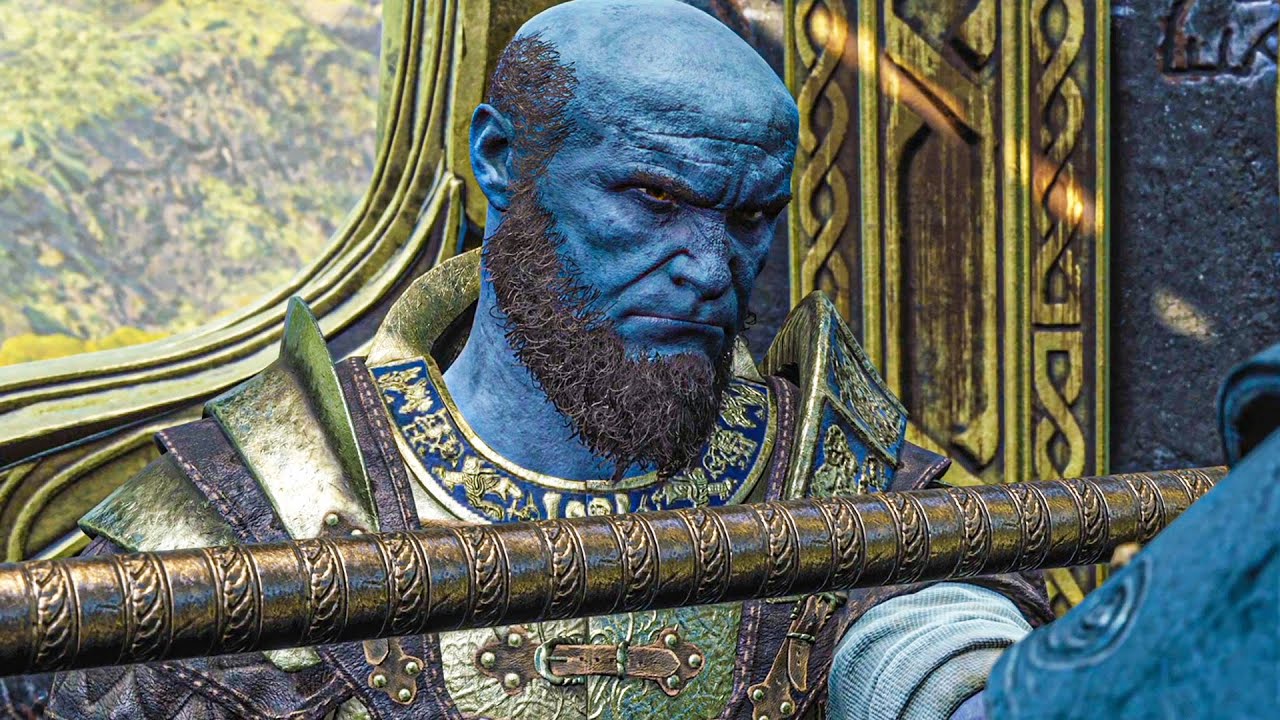 It felt like an insult, to see the highly respected Dwarven blacksmith taking something of a backseat during the latter half of the main story. And what’s more, it felt a little one-sided, with Sindri taking the lion’s share of the siblings’ character arc, and Brok receiving the brunt of the breadcrumb trail. And yet, in spite of his loss of the spotlight, the sharp-tongued smith still made one heck of an impression. Oh, and not to mention the fact that he also helped forge an extremely important weapon that would become an integral part of Atreus’ survival.

Buddying up with Brok was a once in a blue moon activity, which meant our time with him was significantly shorter than with the others. Needless to say that the bearded brute nearly always provided comic relief in a troublesome time, and was often handy in a mass confrontation. Was he the best companion in Ragnarök? Not by a long shot. But if he was anything at all, it certainly wasn’t forgettable or without purpose. 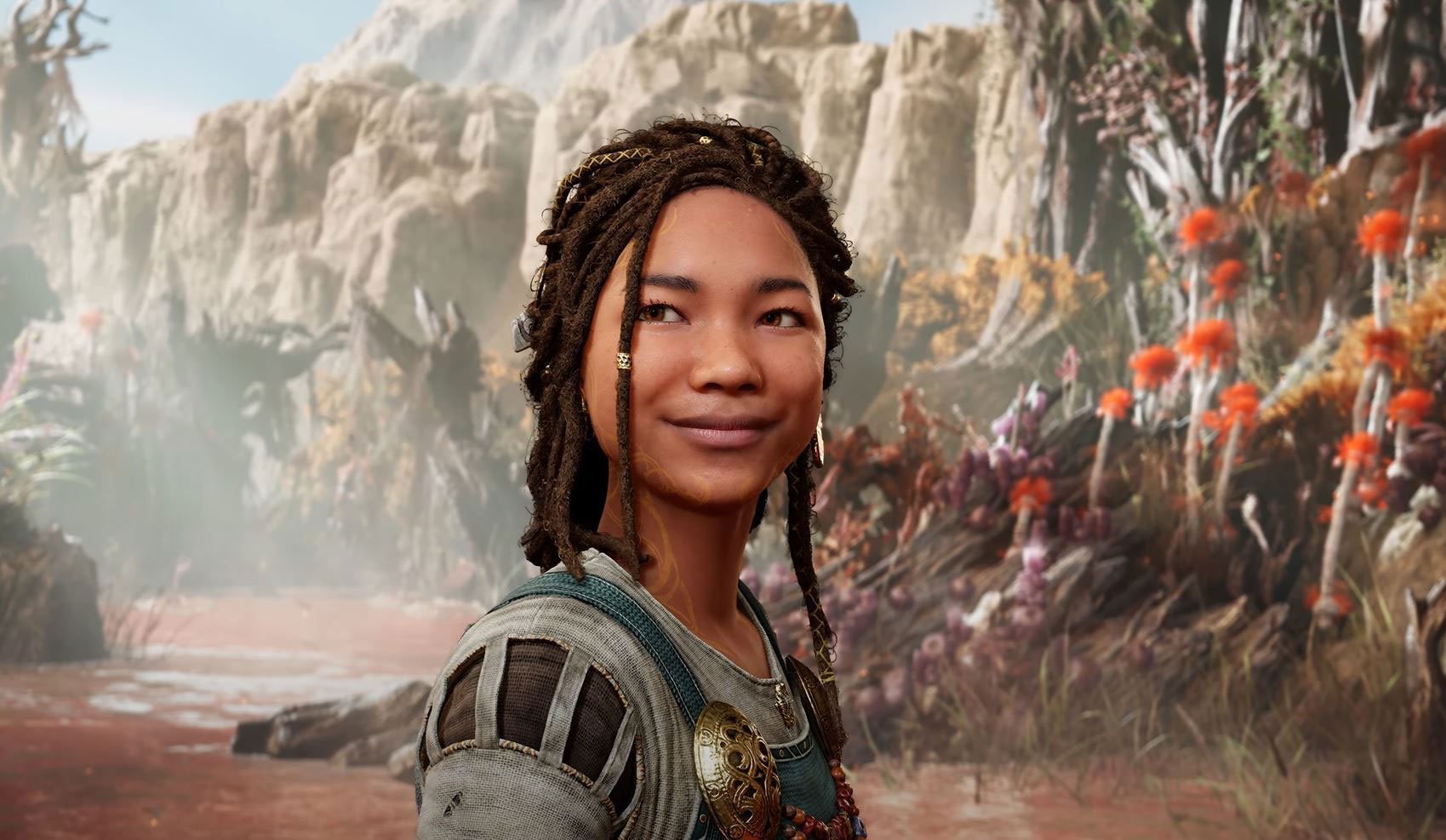 Angrboða may not have been given the lengthy story arc she could’ve had, but the time she did share with Atreus in the campaign was nevertheless hearty and memorable. And in spite of her priorities being centered more towards animal care than defiling the enemies of the Nine Realms, her heart was true, and it certainly had far more value than any other run-of-the-mill air-headed combatant in all the land. And, let’s not forget how instrumental her part was, especially towards the end of the campaign and, above all, the final moments that helped shape Atreus’ future.

It goes without saying that the jötunn companion, as much as we felt drawn to her in the sections she did pop up in, wasn’t the most open-book character in the roster. And this isn’t a bad thing, as there’s definitely room for the relationship with the keeper of monsters to be explored in future instalments. But as it stands, there are certainly other, more well-rounded companions that spring to mind. 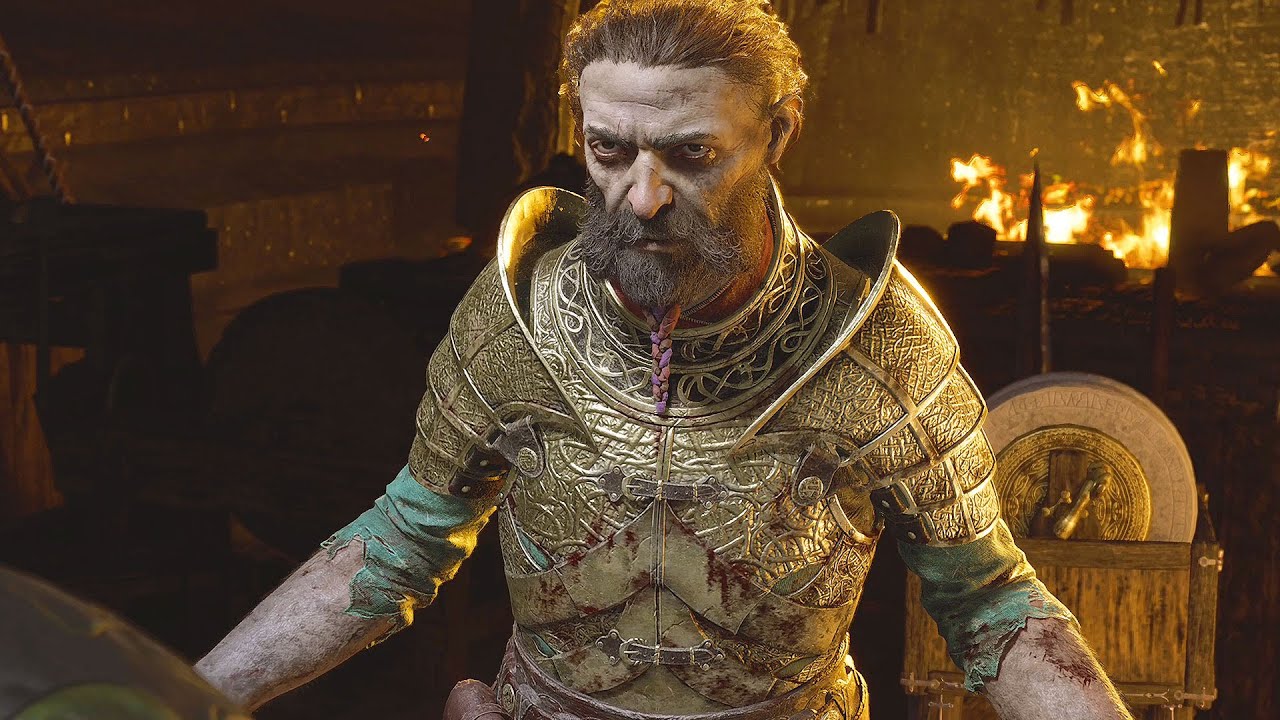 It’s no secret that Ragnarök really took the opportunity to push the boat out when it came to character development. Unlike the first chapter, the sequel gave some side characters a well-deserved slice of tender loving care, if only to sever the attachment to Kratos and Atreus’ overarching narrative. And a character that received plenty of attention in the build-up to Ragnarök, of course, was Sindri, the second half of the Dwarven blacksmith duo.

The reason we enjoyed questing with Sindri so much wasn’t because of his unique variation of dwarven magic-infused attacks and projectiles, but moreso the characteristics he brought to an otherwise unbalanced scale. Light-hearted, wholesome, and yet somehow still deeply troubled by his past, Sindri developed a whole second side in Ragnarök, and we, for one, enjoyed spending every waking second unraveling the layers. 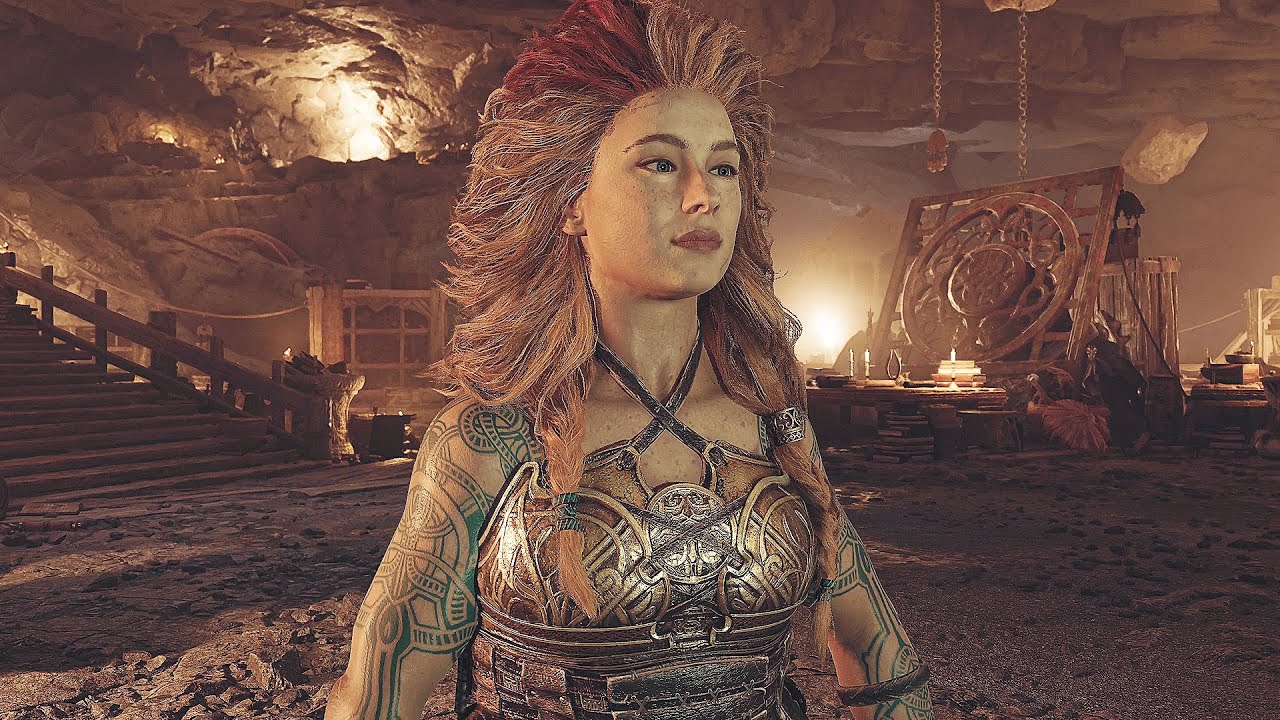 Santa Monica Studio probably missed out on a couple of golden opportunities to explore Thrúd a little more in Ragnarök, especially towards the end of the campaign. But then, perhaps this was the developer’s way of setting the stage for another thread of tales, many of which could just be based around the thunder-wielding heroine’s future exploits. It’s hard to say at this point, and yet, our point remains clear: we want more of Thrúd.

As well as being an incredibly competent fighter, Thrúd also wore the right to be considered a complex and somewhat conflicted person. As the daughter of Thor and the granddaughter of Odin, she spent a great deal of time trying to navigate a moral compass, only to very little avail. Again, this added yet another layer to an already booming cast with countless interweaving story arcs. Yet, when stacked up against the others, it certainly shun brighter than most, particularly Freyr, what with his inner struggle to be a worthy leader of Vanaheim. 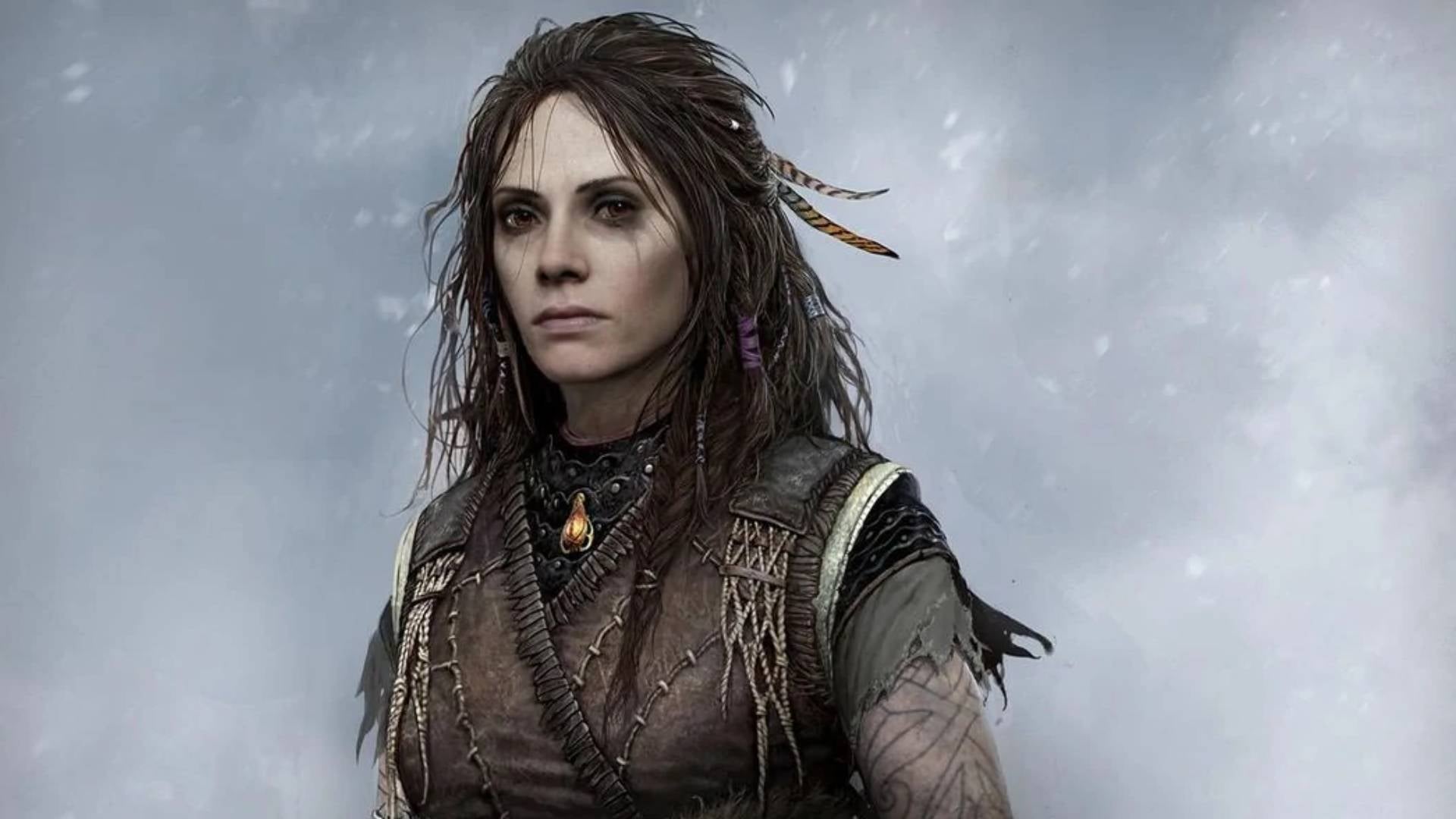 There’s no doubt about it — Freya is, and perhaps always will be the best companion in the God of War series. Unfortunately, it isn’t until the second half of the campaign (and also “Beyond Ragnarök”) that her talents, stories, and knowledge come into play. But when they do, boy, you know about it, as the esteemed Witch of the Woods is a complete and utter force of nature, with more than enough combat experience and intellect to keep you on your toes during your travels across the Nine Realms.

And there’s the story, too; this alone is worth seeing through to the end, especially if you find yourself looking for more side quests outside of The Path. All in all, Freya is a battle-hardened priestess with a killer grudge and an all-powerful motive — just about everything you’d come to want enveloped in a the body of a goddess in a world as weighty as Midgard.

So, what’s your take? Do you agree with our top five companions? How would you slate them? Let us know over on our socials here or down in the comments below.

Related Topics:God of War Ragnarok
Up Next

Tron: Identity — Everything We Know