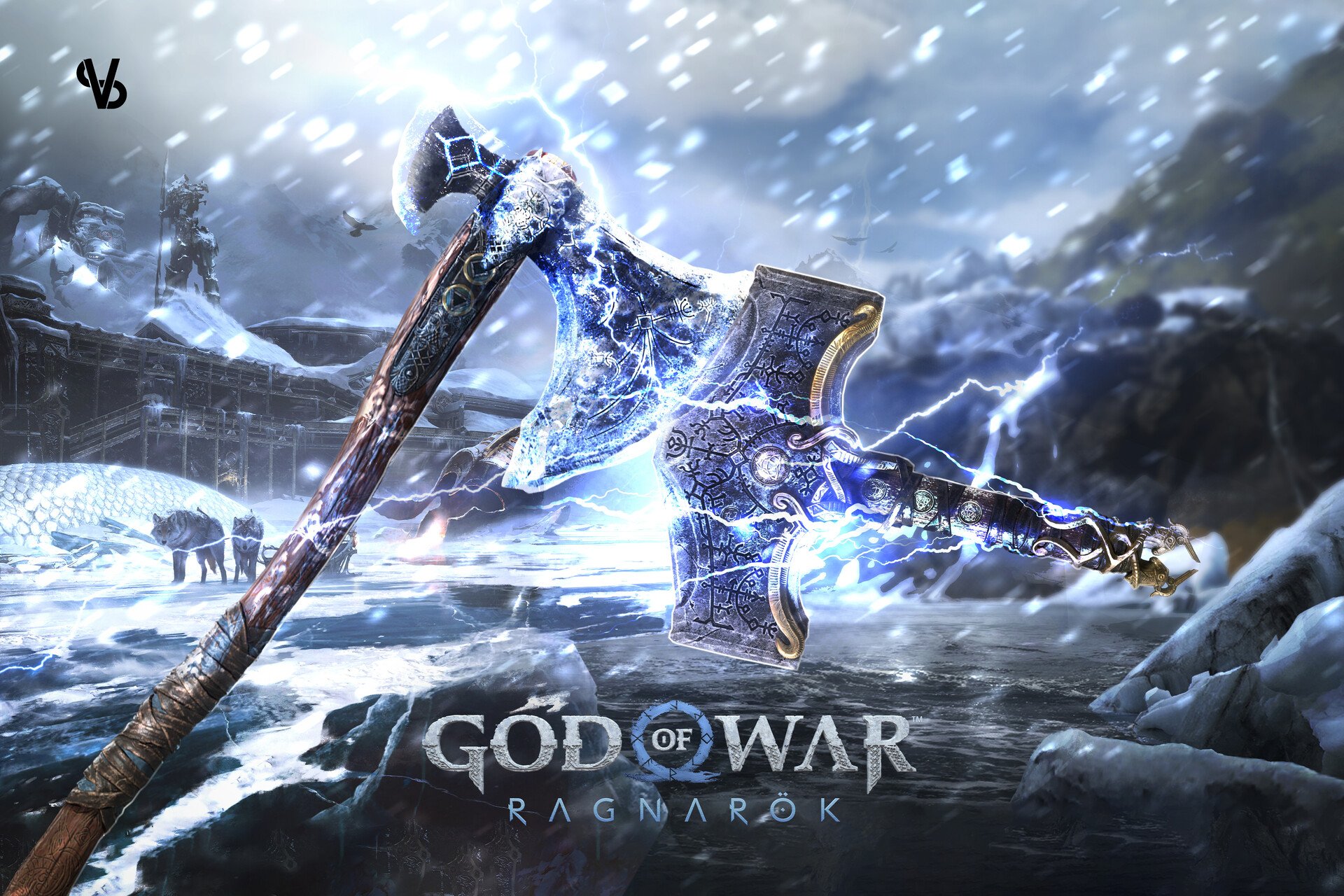 It’s easy to pass up on side quests in general. Perhaps for the anxiety of finding out how the story ends. Or, simply for not wanting to spend too many hours playing the game. But what you may not know about completing side quests, too, is that they often provide filler for the main story. They can also offer additional rewards and weapons you wouldn’t normally find in main quests. The last main reason is they simply are just too good to pass up.

You might want to get ready for A Viking Funeral, emotionally ready, as it’s probably the most heartfelt moments you’ll experience. Kratos is tasked with helping send off a friend the Viking way. It’s quite a somber moment.

During Brok’s funeral, there are emotionally charged moments between his friends, Lunda, Raeb, and Durlin. Consequently, you learn more about the characters’ backstories. Plus, you won’t have to sweat it for this one. Only watch the funeral and help say goodbye.

Reward (s): Help say goodbye to a friend, Funeral of a Friend trophy

Freya is a popular recurring character whose presence is most felt in God of War. However, there are some unresolved issues she faces that, thankfully, are explored in Freya’s Missing Piece. So, if you’re one to crave a resolution for each character, here’s your chance to see through Freya’s story till the natural end.

As in the title, Freya is missing the one thing she needs: peace of mind. So, to reconcile her past with the present, she asks Kratos to accompany her to her wedding shrine. There are quite simple tasks to complete here. You won’t find them particularly immersing. However, the items she finds and destroys tie directly to her wedding to Odin.

For context, Freya was forced to flee Asgard in opposition to her husband Odin. For the years that followed, Freya holds deep resentment toward Odin. But by finding the wedding circlet and cup relics, and destroying them, she can now find peace.

A particular moment that really pulls on the heartstrings is when she finds the last relic, the Asgardian sword. However, she can’t really pull it out unless she admits the hold Asgard and Odin has had on her. Once she does, she’s able to pull the sword from its place. She then decides to keep it for future battles.

The Broken Prison is layered with the kind of plot twist that lives on long after the game is complete. For that sole reason, it’s a side quest you definitely won’t want to miss. Turns out, the broken prison is where Odin would send off opponents he wanted to stay off the grid. Later, he would impersonate them with the safety of their real selves ever showing up.

You can almost see where this is going… Yes, that’s right. Odin is all along impersonating Tyr, whom you’ve come to rescue in the broken prison. Fun, right? While there aren’t any particular rewards you receive in this side quest, it’s completely mind blowing to find out that the man Tyr, Kratos, and Atreus rescued earlier was actually Odin himself. And as it turns out, Odin, disguised as Tyr, has actually been tagging along on your journey, learning Ragnarok secrets all along.

2. Secret of the Sands

God of War Ragnarok Secret of the Sands walkthrough guide

Secret of the Sands offers three key things: teamwork, puzzle-solving, and a compelling story. Kratos and Atreus will need to work together to free the trapped monster Hafgufa, essentially a giant jelly fish. It won’t be straightforward, with challenging combat and puzzles to solve. Though the deal is sweetened by a compelling Mimir’s corrupt backstory.

Combined, they inspire precious bonding moments between father and son. Plus, it’s a pretty fun side quest that involves fighting dark elves and exploring the Alfheim realm. It’s quite the same as Song of the Sands, so you might as well go on and complete it too. Rest assured, the visual treat while completing both of these side quests is to die for.

Location: “The Barrens” region of Alfheim

1. In Service of Asgard

God Of War Ragnarok: In Service Of Asgard Walkthrough

The first side quest you’ll find is “In Service of Asgard.” This one intricately develops the main story. Particularly, Odin’s oppression in the past and Kratos’ purpose in Kratos’ and Atreus’ journey ahead.

It turns out that three mining rigs are poisoning the water and land around them. You’ll need to shut down all three. But besides the fun exploration therein, the combat with the opposition guarding the rigs, and the opportunity to farm XP and loot early in the game, it’s the parts that boost the main story that stand out the most.

One of the key characters, Mimir, played a role in the building of the rigs. He was Odin’s advisor at the time, a role that influenced Aesir to turn the realm into a strip mine. On the flip side, Mimir seems remorseful about his past decisions. He has a deep conversation with Kratos, who seems reassuring to him.

With the engaging story and gameplay nailed down, In Service of Asgard nicely sets the pace for the high caliber of the side quests you can expect in God of War Ragnarok.

So, what’s your take? Do you agree with our God of War Ragnarok: Best Side Quests ranked? Are there other games we should know about? Let us know down in the comments or over on our socials here.

Related Topics:God of WarGod of War RagnarokQuestsSide Quests
Up Next

Aliens: Dark Descent — Everything We Know