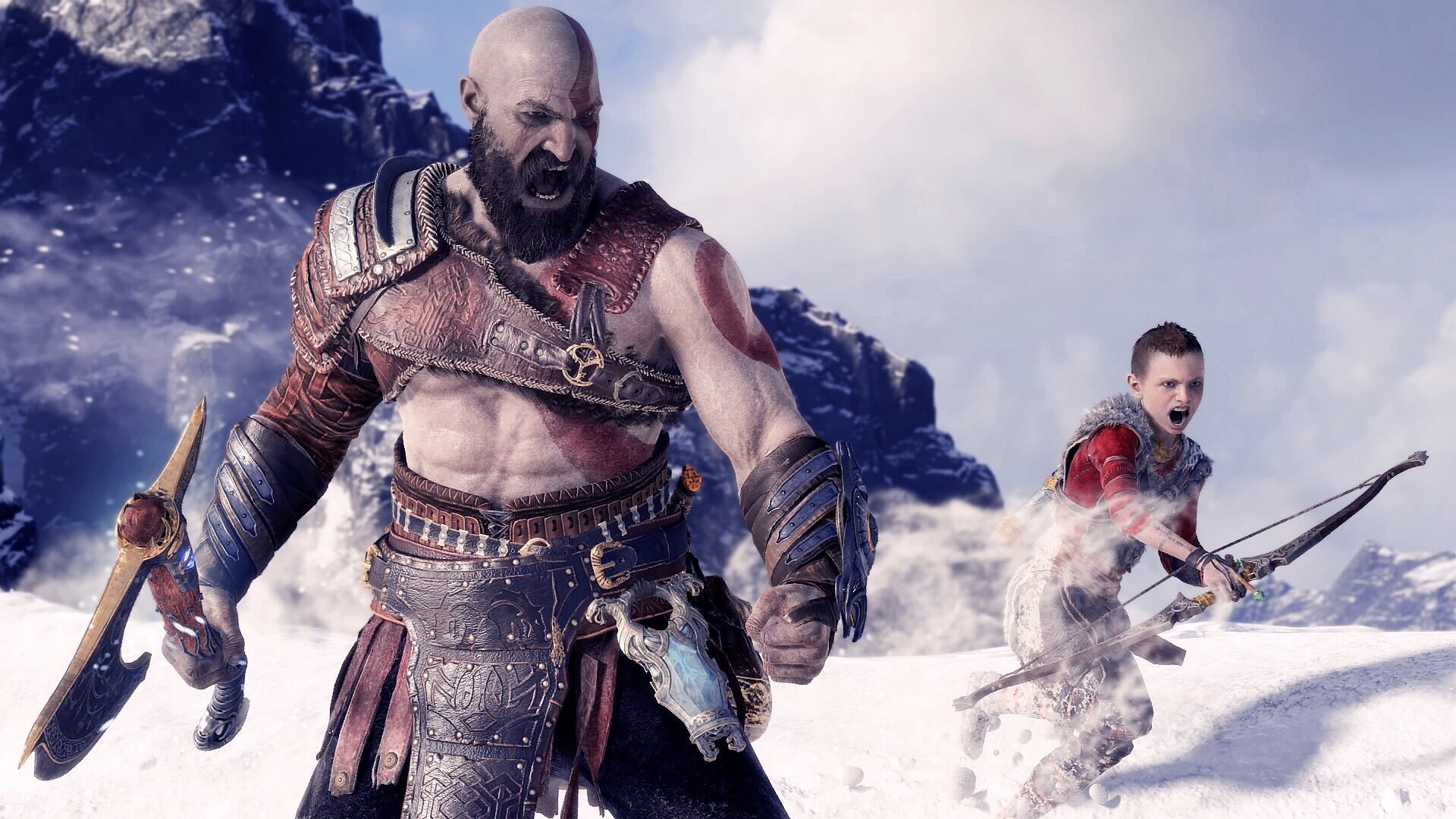 With God of War Ragnarök on the horizon and a whole lot of Kratos’ fans returning to relive the memories of 2018’s award-winning tale, now appears to be a solid occasion to bring up that year-round question: which armor is still unbeatable after four years of the game being on the market? Well, the good news is, even after all this time, the key to unlocking Kratos and Atreus’ armor is still the same as it was back in 2018, which means you needn’t worry about onboarding any unwanted add-ons, updates, or DLC.

Anyway, if you’re planning on potting around Midgard for a while before taking on Ragnarök, then be sure to load up on all the legendary items that God of War has to offer. Or better yet, make sure you obtain the best armor for Kratos & Atreus by onboarding the following steps. 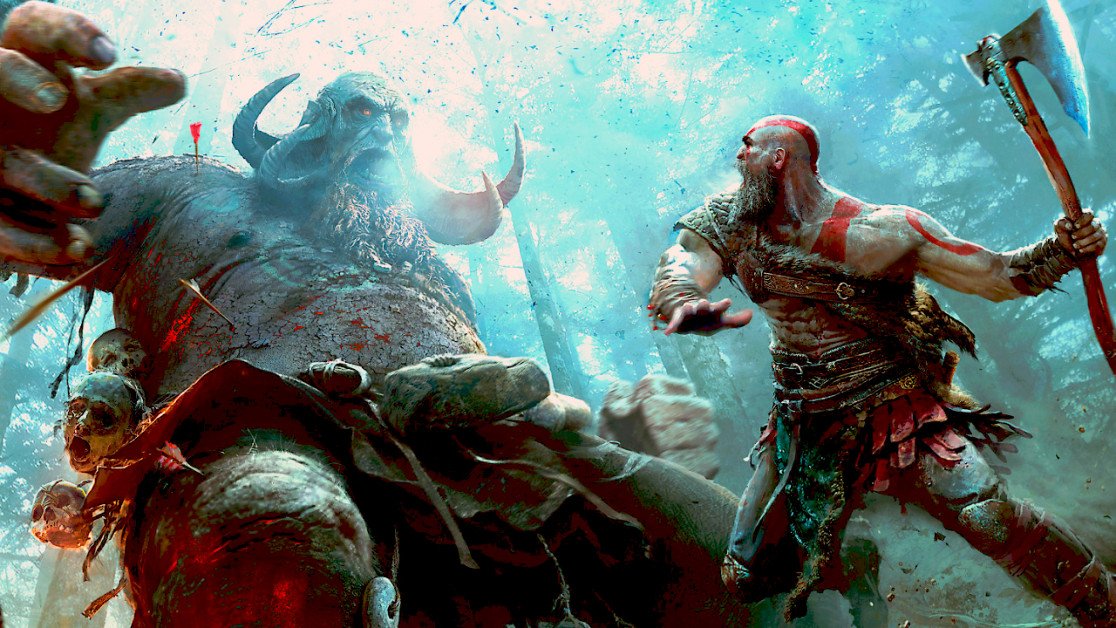 Kratos’ armor doesn’t necessarily need to be sturdy in order to elevate the fact that the guy is an all-round beast, in general. That said, if you’re looking to take on some of the bigger and far more unforgiving foes in and around Midgard, then you’ll definitely want to consider scouting for some better attire. And if you’re planning on picking up armor up at all, then you had best make it what we’re about to reveal. 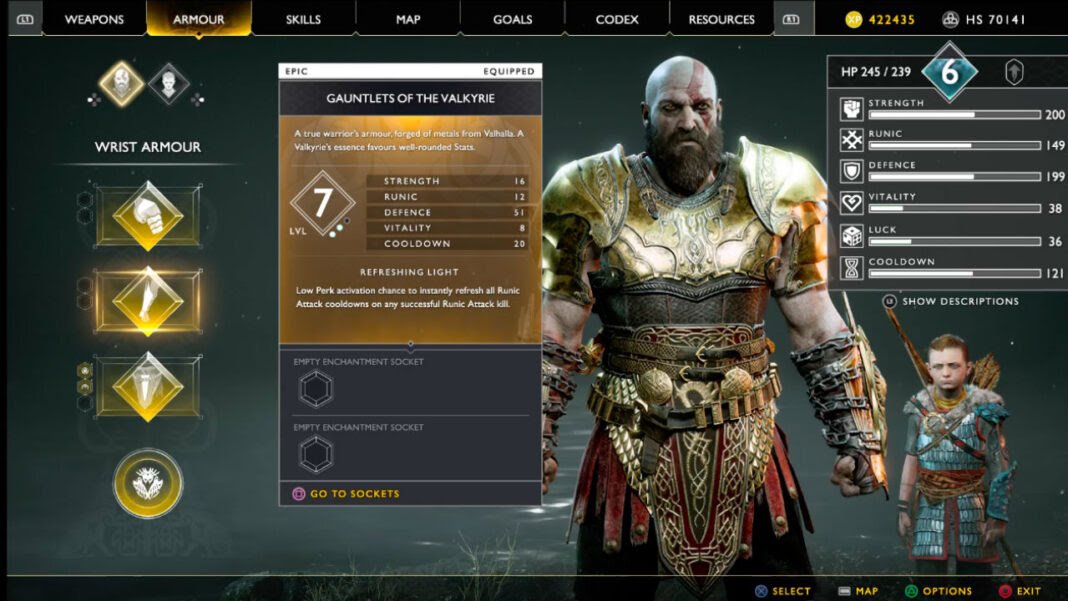 As it stands, the Valkyrie Amor is hands down the best in all of God of War. The only issue is, well, you won’t be able to obtain it without having to battle three of the legendary Valkyries: Hildr, Gondul, and Olrun, all of whom can be found in some of the deadliest places in all of Midgard and its surrounding realms. To get the Gauntlets, Waist Guard, and Cuirass, you’ll need to complete the following steps.

Once obtained, you’ll notice that the Valkyrie Amor in its entirety boasts a complete boost in damage, defense, runic abilities, and vitality. It also reduces your cooldown time by a significant amount, thereby making the set one of the best in the game. It’s evidently epic, and goes well beyond the stats that you’d see chained to any of the basic attires in God of War. And so, if you’re able to thrown down with the Valkyries and somehow live to tell the tale, then you’ll definitely have some perks to go with those newly found bragging rights of yours. 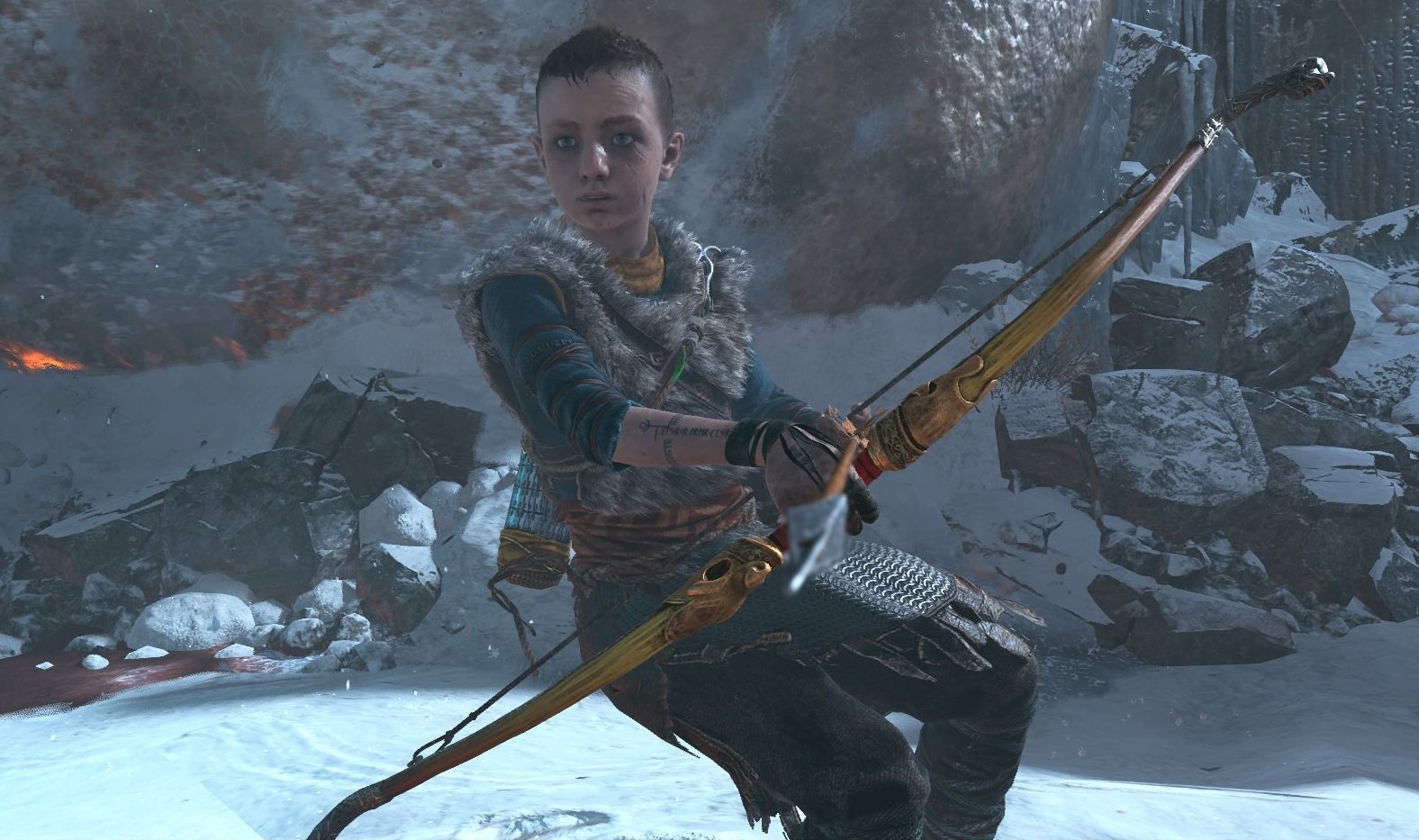 Atreus serves as one of the best companions to any major league protagonist in gaming, using a volley of high-powered arrows to rain hellfire down on Kratos’ enemies from afar. And while it may not seem absolutely necessary to kit “Boy” out with sturdier than usual threads, there are a lot of perks for doing so, including higher damage output and quicker Healthstone assists. 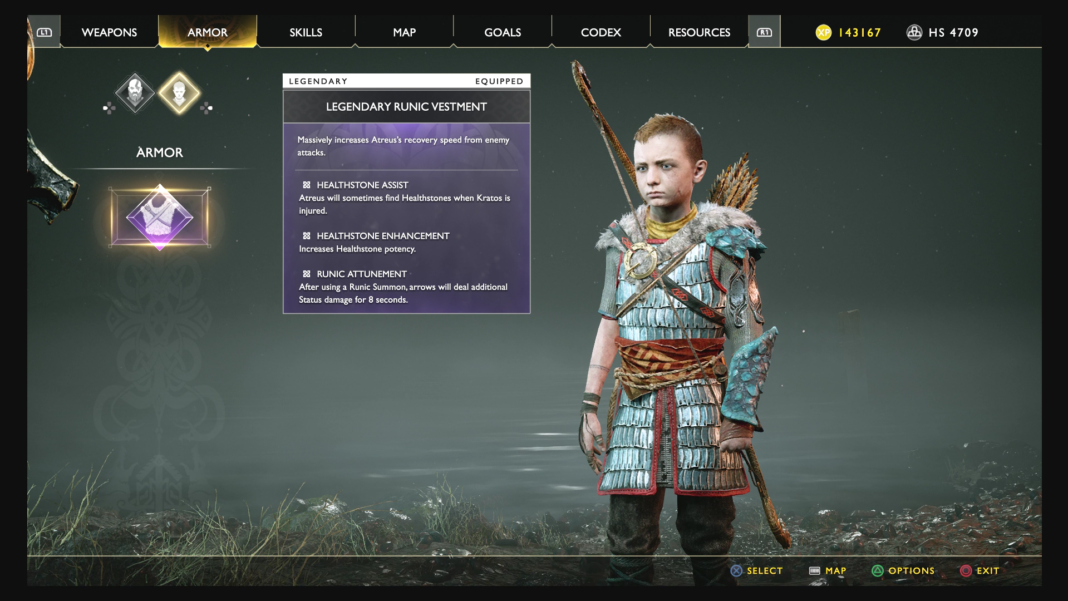 Unfortunately, Atreus’ choice of armor isn’t the most extensive, nor do any of his options pack the same punch as Kratos’ legendary wears. That said, the closest you can get to obtaining a perfectly balanced sidekick is by crafting the Legendary Runic Vestment, a top-shelf Legendary tier armor that provides Kratos with just about every perk one could need in the heat of battle.

To unlock the Legendary Runic Vestment, you will need to find either Brok or Sindri, at which point you will need to spend 60,000 Hacksilver and Hardened Svartalfheim Steel in order to craft it. Equipping this armor will grant Atreus the power to retrieve and provide Kratos with Heathstones a lot quicker, as well as increase the overall arrow damage. 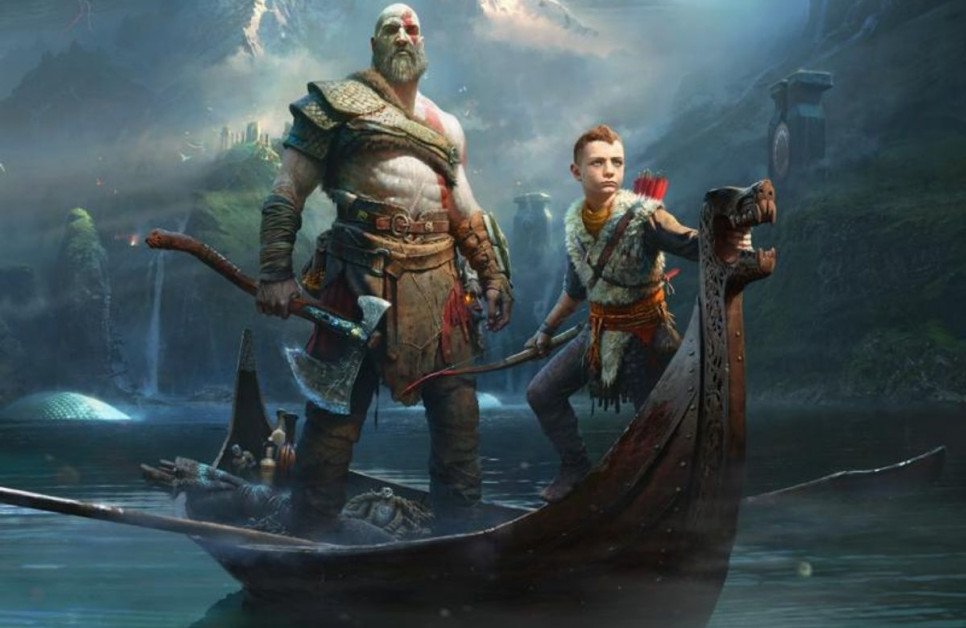 Beginning a New Game+ in God of War will not only let you launch your second journey with all the previously acquired talismans, enchantments, and gear, but it will also unlock a myriad of additional perks that are only available in said mode. Perks that spring to mind, for example, are Kratos’ Zeus armor set, and Atreus’ Tunic of the Champion, two perfect suits of armor that bear all the right seals to conquer not only a second chapter in Midgard, but all the endgame content, also. 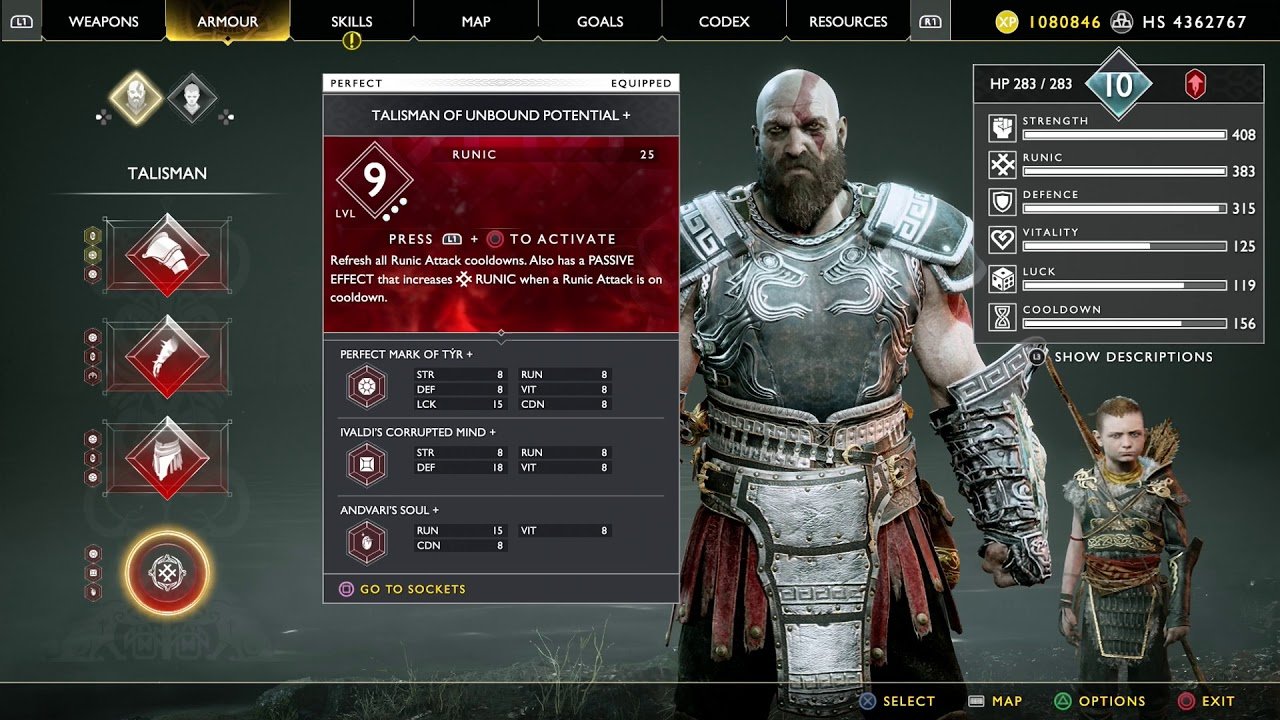 To unlock the Zeus armor in New Game+, you will need to once again defeat each of the three following bosses, which will net you a certain piece of Zeus’ armor in return.

Once you have collected the three amor pieces, you will have access to a total of nine enchantment sockets. You will also receive the Glass Ballista perk, which will maximize your attack damage by a significant amount, effectively making it one of the most powerful armor sets in the New Game+ mode.

Atreus’ Tunic of the Champion 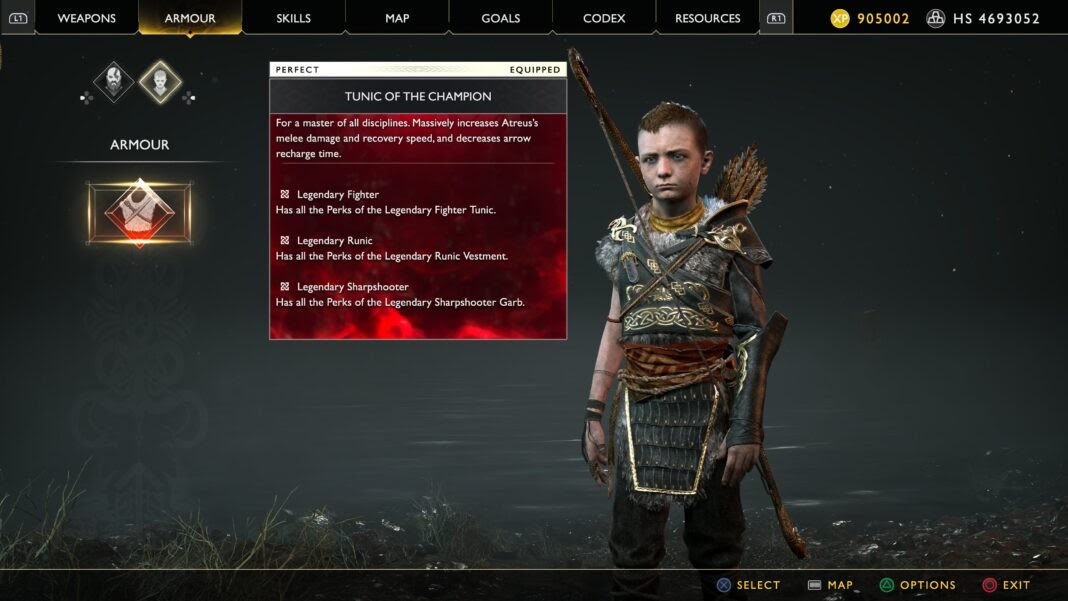 Atreus’ perfect armor doesn’t exactly come cheap, as it will set its user back by 136,500 Hacksilver and 24 Skap Slag, a rare resource that can only be obtained by opening red caskets and closing up realm tears in Muspelheim. If obtained, though, the Tunic of the Champion will boost Atreus’ overall attack damage, recharge time, and recovery, as well as replicate all the perks that tie in with the Legendary Fighter Tunic, Legendary Runic Vestment, and the Legendary Sharpshooter Garb.

So, what’s your take? Do you agree with our top armor for Kratos and Atreus? Let us know over on our socials here or down in the comments below.

Related Topics:ArmorGod of War
Up Next