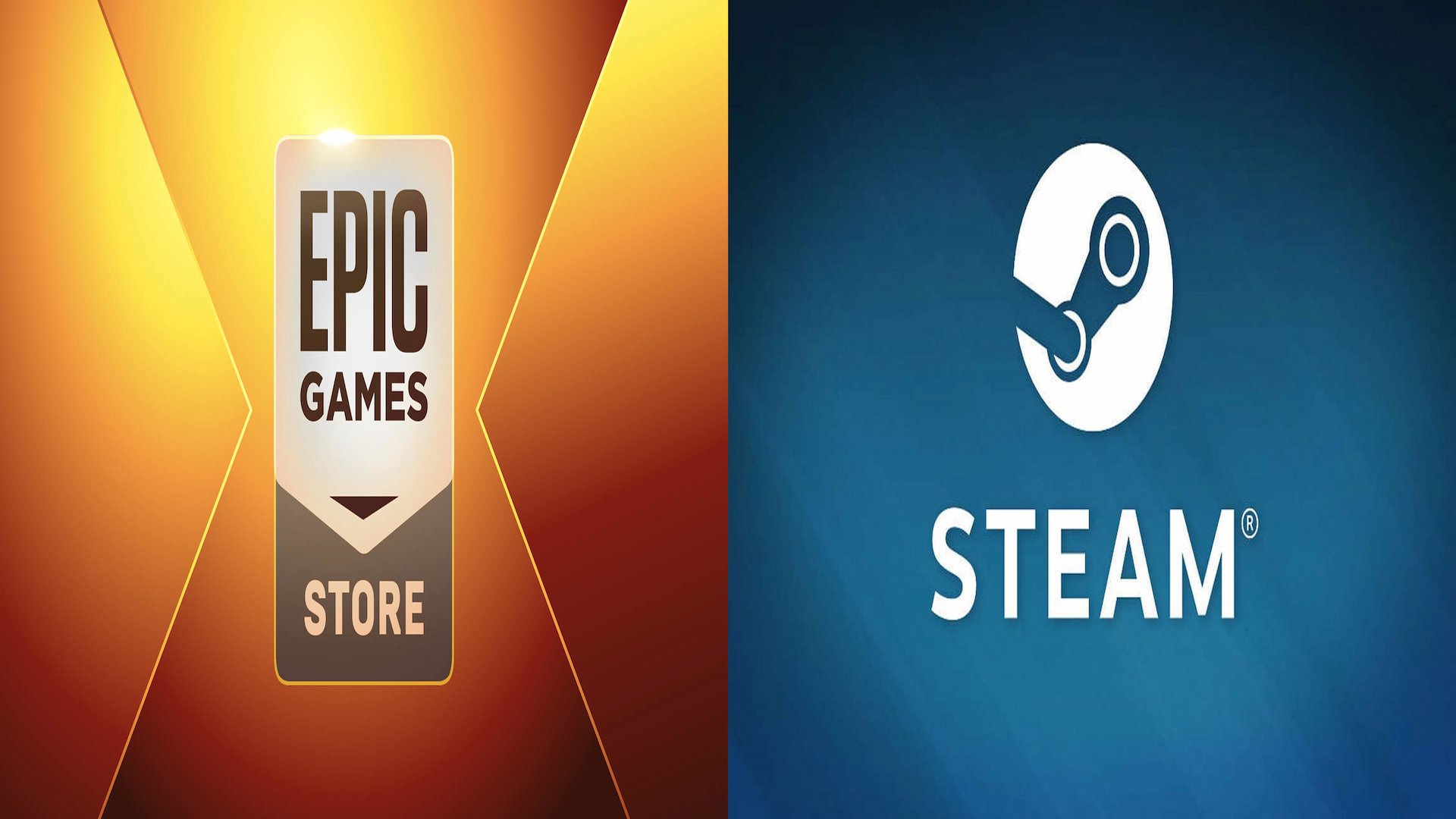 Valve introduced its own gaming platform, Steam, shortly after the birth of PC gaming. Since then, Steam has been widely regarded by gamers as the go-to platform for supplementing your gaming needs. And there was a time when Steam didn’t really have competition from other platforms on the market. They effectively and largely maintained a monopoly. However, the Epic Games Store is another reputable gaming platform that is turning the heads of some gamers away from Steam.

Both are viable options; however, we want to know who is the better choice. Has Epic Games Store demonstrated that they can compete with Steam’s vast offering? Is Steam now lacking compared to newer launchers such as Epic Games Store? Which platform is the most accessible? These are all questions we’ll be answering to determine who’s the superior platform. And by the end of this Epic Games Store vs Steam comparison, you’ll know which platform, of the two, you can and should rely on the most.

What is Epic Games? 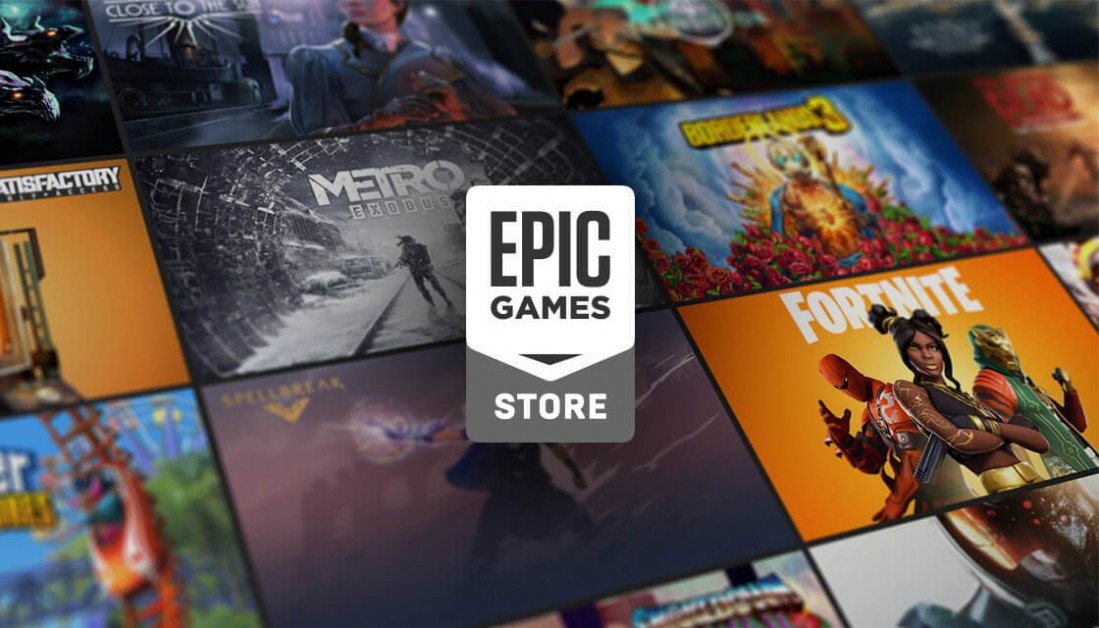 Epic Games Store, is a gaming platform for macOS and PC that was launched by Epic Games in 2018. The store came shortly after the success of the company’s world-renowned title, Fortnite – heard of it by chance? Evidently, Epic Games Store is the place to go for everything Epic Games, as you can’t download their titles anywhere else on Mac or PC. However, they also have a list of other titles, and exclusives for the platform, to push your incentive.

Aside from that, the Epic Games Store includes standard offerings, such as a store page, game library, a social tab for playing with friends, and a news section for all Epic Games Store news. However, a truly unique feature of Epic Games Store is that it includes Unreal Engine for free. Allowing you to work on personal projects like cinematic films, mods, and even developing your own games. 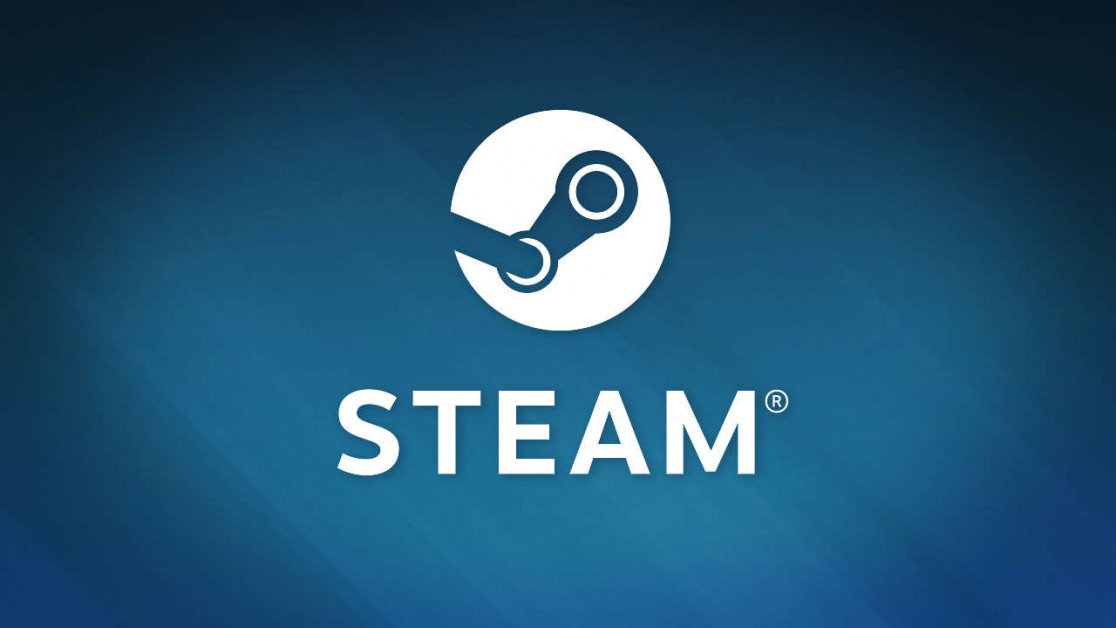 Valve Corporation created Steam in 2003 for macOS and PC. This launcher first appeared as a way to gain access to all of Valves’ most notable titles early in their career. Such as the Half-Life series, Portal, and Team Fortress 2. However, it has since risen to become the most popular gaming platform on the market. In 2022, over 60 million gamers use Steam on a daily basis.

Their platform includes a store page, a game library, and a community page for discussion forums, workshopping mods, as well as a marketplace for trading and selling in-game cosmetics. They also have a fairly comprehensive player profile that showcases and highlights your gaming career with their platform. 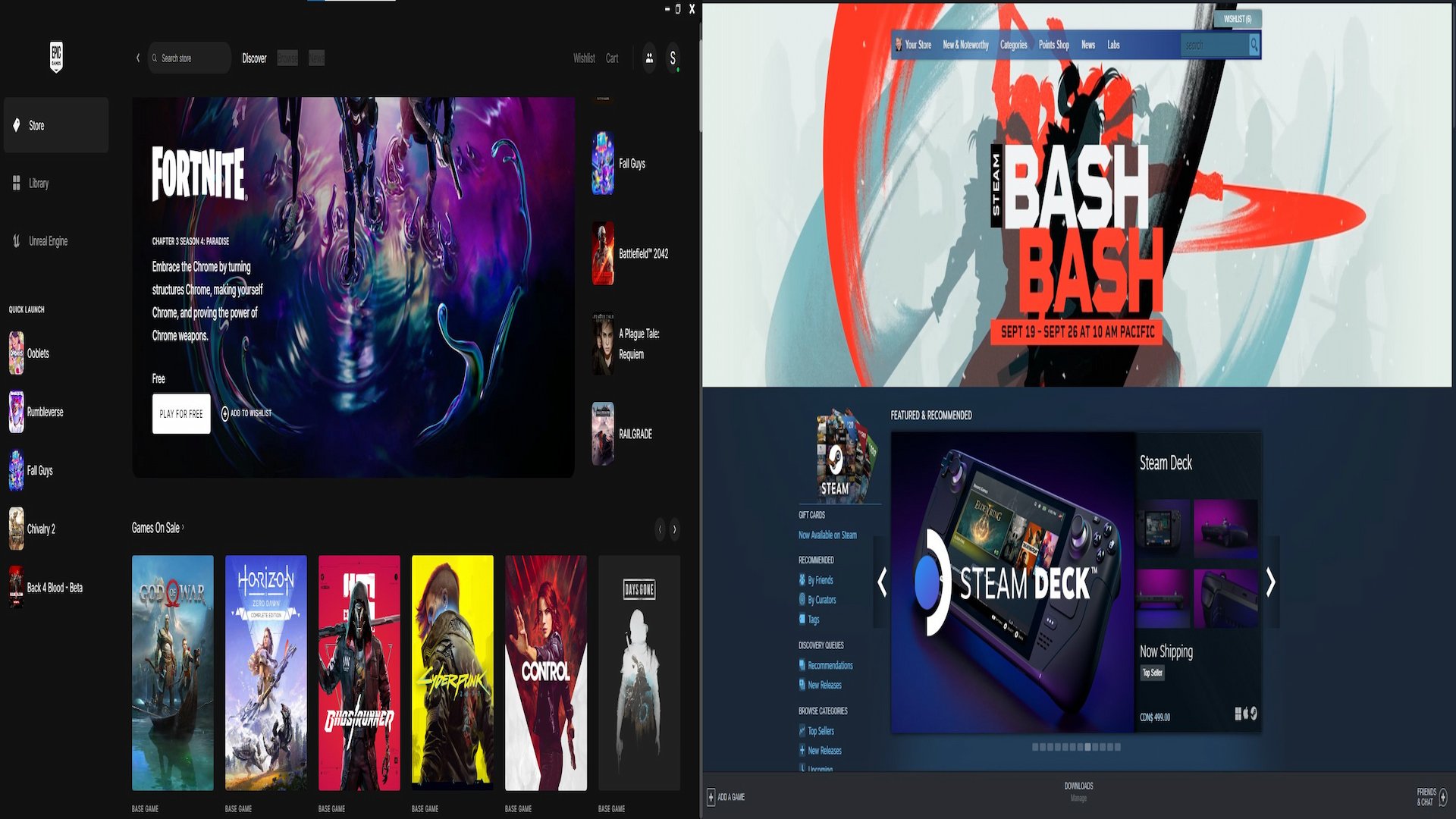 Obviously, the biggest incentive to look at first is the library of games each platform’s store is offering. And to tell the truth, it really isn’t a competition. Steam takes the Epic Games Store, by a landslide. Believe it or not, there are over 50,000 games operating live on Steam in 2022, and that number is constantly growing. On the other hand, Epic Games Store is just shy of 500 games in its store library. Like we said, an easy crowning for Steam.

This is because any developer, from indie to AAA, and everything in between, can upload their game to Steam. With that, the sheer number of people on the Steam platform results in increased exposure for the game. As a result, virtually every game is released on Steam. The only exception is unless it is exclusive to another platform such as Epic Games Store, or if it’s a console exclusive. Aside from that, it’s rare that you can’t find a game on Steam.

Epic Games Store, on the other hand, is tailored to the more popular titles on the scene. You’ll find substantially fewer offerings of unique titles and ones that go under the radar. The only angle they have over Steam is Epic Games titles, such as Fortnite and Rumbleverse which are exclusive to the store. Epic Games Store also shovels out two free games a week, however, when put up to Steam’s vast library of free games, it’s hard to even compare. 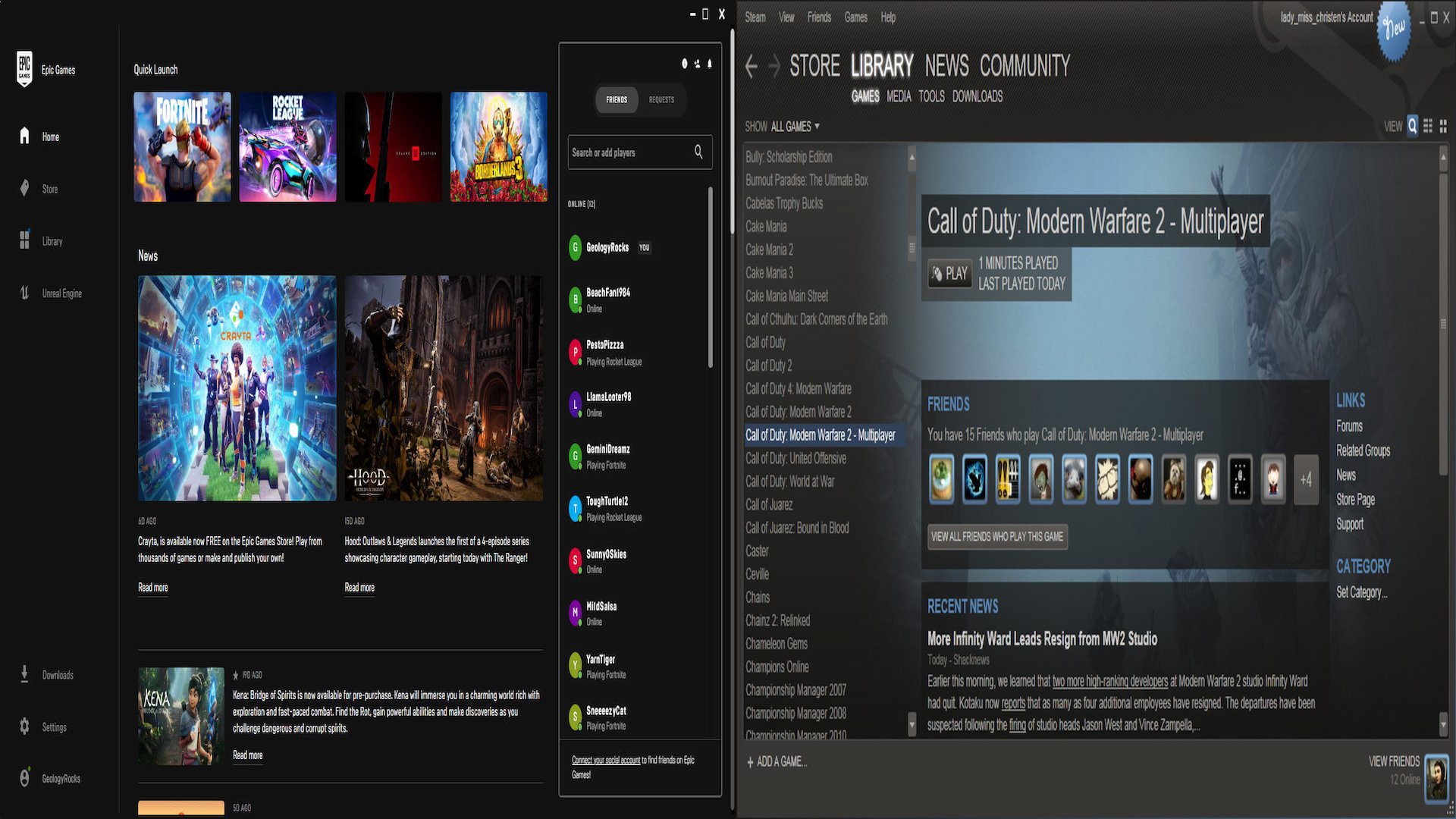 When it comes to configuring your way around each platform, both have good setups, however, we slightly prefer Steam as they really offer more accessibility. For example, the “Discussions” section in the “Community” tab is an easy place to ask questions about any games on their forum page. Whether that be troubleshooting, in-game questions, or just talking about the game with like-minded people. Epic Games Store has nothing to counter this.

Steam also provides a Marketplace for trading and selling, a broadcast section for streaming, and even a community workshop, which Epic Games Store does not. There are even groups you can join, badges you can earn, and really a whole lot more to use the interface for in general. All of which are very simple and straightforward to find and use.

The Unreal Engine is the one feature Epic Games provides that Steam does not. It’s unusual to see a gaming platform provide a free game engine for players to use for developing games, but it’s a brilliant idea. The closest thing Steam has to this is the Workshop. This, on the other hand, makes modding games in your library easily accessible. However, you can do the same thing with Epic Games Launcher; it’s just not as straightforward of a process. 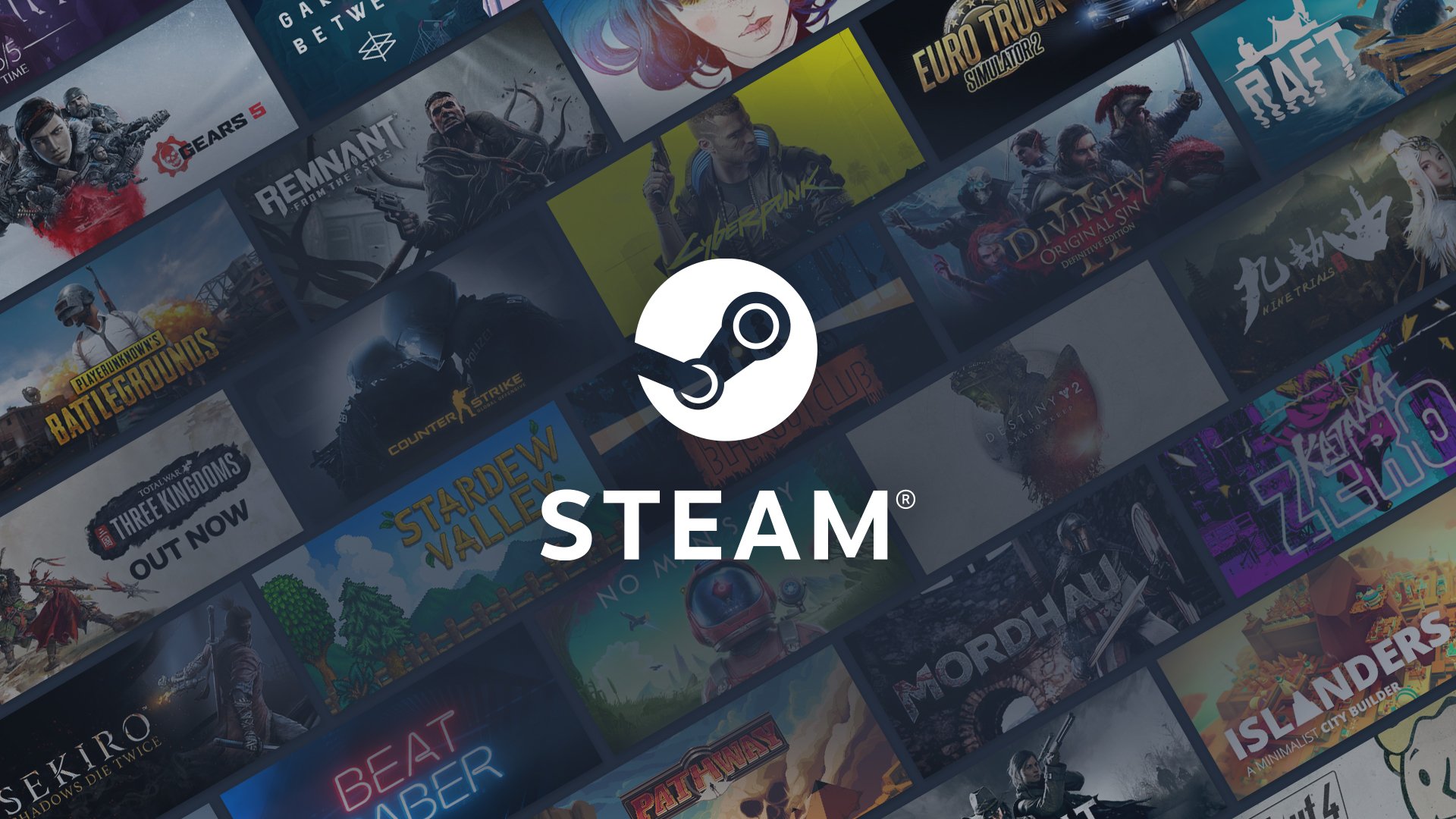 For us, the verdict of who’s better between Epic Games Store and Steam is pretty clear. We recommend using Steam as your gaming platform if you want far more accessibility and better game offerings. However, if you want to develop games, Epic Games Launcher is a great place to start because it includes Unreal Engine. The best part is that you can download and use both if you have a Mac or a PC. So it doesn’t really matter which one you choose.

With that said, if you want to stick to one platform in the long run, we’d recommend Steam. It has an excellent interface for tracking your gaming progress over time and associates you with your Steam Profile. The game library is far superior. Small details like having a community forum, marketplace, and workshop to easily mod games go a long way. Plus, the more you use Steam, the more you’ll discover what it has to offer, as we really only scratched the surface in this comparison.

So, what’s your take? Do you agree with our verdict of Epic Games Store and Steam? Which gaming platform of the two do you prefer? Let us know in the comments below or over on our socials here!