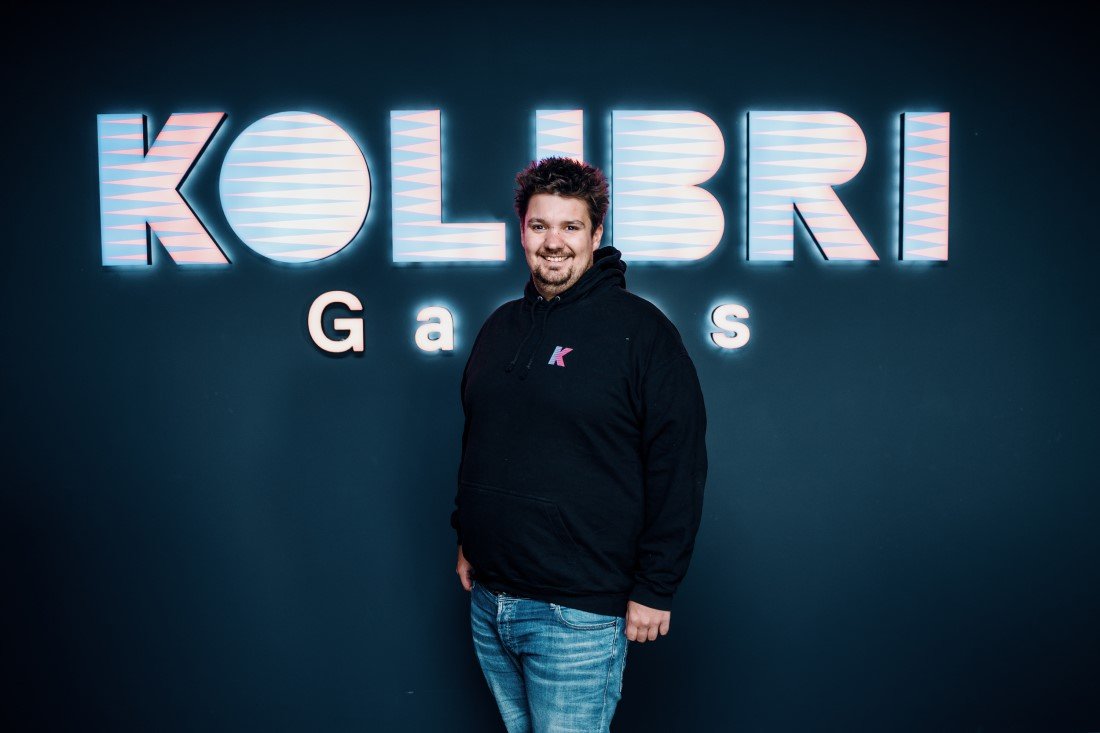 Daniel Stammler is the CEO and Co-Founder of Kolibri Games which is a mobile games studio aspiring to be the most player-oriented games company in the world.

Kolibri Games was initially launched without external financing by a group of students. Could you tell us more about the company’s early days?

My Co-Founders and I initially met at university. We were all very eager to found a company and had already worked together in a student management consultancy and a number of startups. Although not entirely unsuccessful, those projects didn’t really scale according to our expectations – we managed to pull in a few hundred customers, but quickly realized that we weren’t going to be able to grow something really big out of those projects.

At that time, we were all playing mobile games and when we realized that one of our favorite games at that time, Supercell’s “Clash of Clans”, was making billions in annual revenues, we got motivated to try developing a game ourselves. From that point on, things happened really fast. We had this idea for a really complex game, started working on it and realized after six months that we were probably never going to finish it. We started all over and gave ourselves only eight weeks to develop a prototype to release on the market. That prototype – the very first version of Idle Miner Tycoon – proved to be successful and generated a few hundred to a few thousand downloads a day in the early stages.

Very soon we weren’t able to deal with the increasing amount of requests from players all by ourselves, so we started expanding our team by hiring first interns and later full-time employees, all while still working from our student apartment. Our living room was the office, we held meetings in the kitchen and had interviews in the bedroom.

Eventually, we realized that we were going to need a proper office to effectively improve and grow our game, so we moved into our first real office in Karlsruhe, which allowed us to scale our company even further.

Idle Miner Tycoon was a huge hit, what was the original inspiration behind this game?

When we developed our first game, we started playing mobile games extensively, trying to explore all the different genres and games that were out there. That way we also found out about the idle genre which, back then, was pretty much unexplored. Most of the games were rather complicated, nerdy, aimed at people who really like numbers – not at all easy to get into, yet we were hooked by the mechanics of these games.

After we had given up on our first game, we were looking for something new – a game that we could develop and bring on the market after only eight weeks of development. This is when we got the idea of making an idle game. We were convinced that this mechanic would be attractive to a broad audience, but no one had ever done it before. So we set out to build this incredibly accessible idle game, with simple and friendly 2D graphics, full of positive emotions where players can only ever win. That game is essentially the Idle Miner Tycoon that you know today.

For gamers who are not familiar with Idle Miner Tycoon, can you walk us through this game?

Idle Miner Tycoon is a mining simulation game. You start with a single mine with one mineshaft on the first continent. You hire managers to automate your workflow and start opening new mineshafts, digging deeper and deeper and extracting more resources. Soon, you have enough money to open a second mine, and a third and a fourth, and even to expand to other continents. Along the way, you learn about many ways to improve your production, for example through Super Managers with special abilities or through boosts or other items. As is typical for games in the idle genre, the game will continue to calculate your earnings even when you’re not playing. Your miners and managers will keep working even when your phone is in your pocket and you can collect and invest your hard-earned money when you return to the game. You can even play with your friends and help each other on your way of building your mining empire.

How many players to date have played Idle Miner Tycoon?

Idle Miner Tycoon has generated around 125 million global downloads to date. The game attracts around one million daily active users. Our biggest players base comes from the US., followed by Germany, but players are playing everywhere across the globe in the over 25 languages that our game is offered in.

Another popular game that Kolibri Games released was Idle Factory Tycoon. Could you describe this game and what makes it so exciting?

After our initial success with Idle Miner Tycoon, we knew that we were really good at making idle games that our players love. So for our second title, Idle Factory Tycoon, we repeated everything that went well with our first game and tried out some new things at the same time. The result is a game with a little more complexity, for players who are really enthusiastic about our first game or idle games in general, and want an additional level of depth. At the same time, it possesses all the features that made Idle Miner Tycoon awesome – a friendly and welcoming art style and exclusively positive emotions.

2018 is when the company which at the time was called Fluffy Furry Games officially rebranded to Kolibri Games. What was the reason and inspiration behind the name change?

Fluffy Fairy Games was an amazing name to found our company. It was quirky, friendly and had high recognition value, and at the same time underlined our efforts at making games for literally everyone. However, in 2018, we were at a point where our team had grown to a respectable size, we were generating respectable revenues and were market leader in the idle genre with Idle Miner Tycoon. It was time for a new name, one that better reflected our position as a serious contender in the mobile gaming industry – Kolibri Games does that perfectly. The name is an homage to our German heritage (Kolibri is the German word for hummingbird) and reflects our lean and agile work style.

In 2020 Kolibri Games was acquired to become a member of the Ubisoft family. How will this acquisition influence future development?

Being acquired by Ubisoft is one of our biggest successes to date, especially at an incredible valuation of 160 million Euros. We as founders and our team have given everything from day one to build a successful company. Now we are part of one of the largest and most successful games families in the world and are incredibly proud to contribute to their future success. We are now part of a rich network, full of expertise in all areas of game development, that we can profit from to benefit our own growth and the development of new games.

What is Kolibri Games currently working on?

As we have for the past four years, we are working on improving our games, shipping weekly updates based on player feedback. We strongly believe that Idle Miner Tycoon still has a lot of unused potential for us to unlock. Currently, in order to unlock that potential, we are making data a much bigger part of our decision-making process. We want to become even more player-centric by using insights into player behavior and preferences when making product decisions.

In addition, we are looking into new idle titles, exploring ways in which we can push the idle genre even further.

We’ve worked really hard these past four years and have managed to come a long way, but this is by far not the end of our story – there is a lot more waiting ahead! We’re always looking for passionate people to join us on our journey and to help us defend our position at the top of the idle genre. If you’re reading this and could imagine being part of our team, make sure to check out our open positions from time to time – we’d love to have you on board!

Thank you for the interview, readers who wish to learn more should visit Kolibri Games.

Antoine Tardif is the CEO of Gaming.net, and has always had a love affair for games, and has a special fondness for anything Nintendo related.