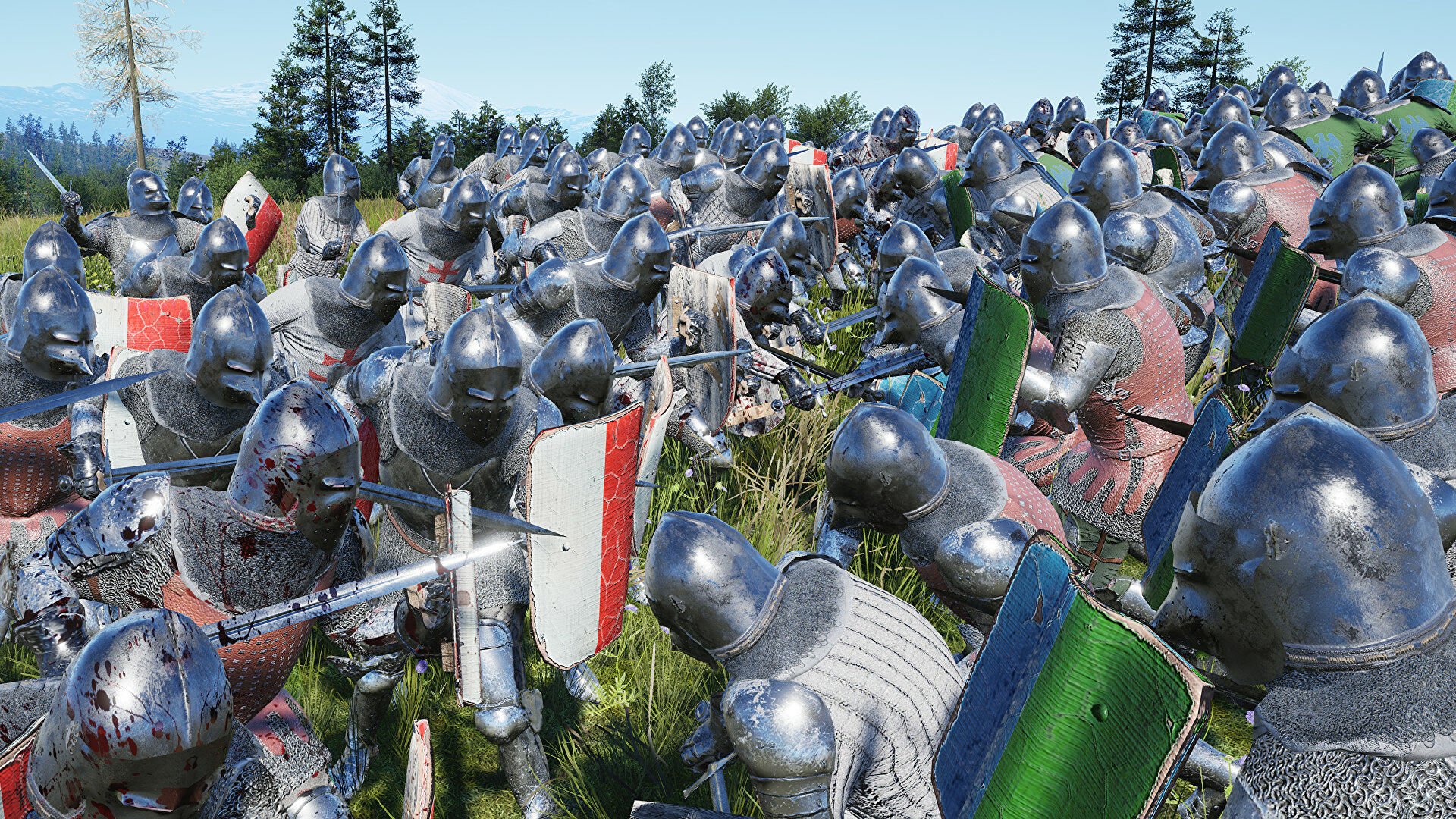 Once in a while, you may buy a game only to realize it’s not what you had expected. Well, game developers give you a chance to explore certain games before committing your hard-earned money. Game demos are an essential way of getting a glimpse of the action and seeing whether it’s the right pick for you. This saves you from buying games that end up being part of the abandoned collection. If you are looking to switch up from your usual genre this year, these video game demos of 2022 will help you make the proper selection.

Who knew a cassette player could do more than just play the best music selection? In this monster-fighting RPG, your old-school walkman is your gateway transformation to unleashing the monster in you. You can create new monster forms using this neat technique by Byttten Studio.

On the remote island of New Wirral, your wildest fantasy of a monster verse comes to life. You take control of a renegade who finds their way onto an island full of monsters. You may find this game intriguing if you’re a fan of the classic Power Rangers series. The game allows you to collect monster forms and use them to transform them into the most powerful beats. This comes in handy during turn-based creature fights.

As a stowaway on the island, your quest is to find a way home. The only way to do so is by exploring the expansive land while conquering the behemoths. To transform into a monster, simply click the record button, which allows you to gain the monster’s abilities. You can choose to transform and fight or flee the scene with enough abilities as your ammo. In some cases, escaping a battle is your best defense. If you think this sounds intriguing, you can download the free video demo to get a better feel.

Calling all horror fans! Gather around and witness the vile atrocities in Dead Letter Dept. In just 25 minutes of gameplay, the spine-chilling experience of decoding forgotten mail will have you on edge. You play as a data entry clerk reviewing piles of lost mail. Sounds boring, right? Well, not until you start noticing oddities with every piece of mail you open.

Despite the modern technological era, some mail still requires human interception to figure out where it needs to go. That’s where you come in. Using what we assume is a retro PC, you need to decode the message and unscramble the images that show up on the screen. Making sense of the messages may be a daunting task, so you basically type what you can make sense of.

As you type in, you get a creepy sensation that something isn’t quite right with the mail. At certain points, it may feel like the mail is being addressed to you. If you’re an enthusiast of cryptic messages and low-fi graphics, the few minutes of gameplay will truly give you a thirst for the full game.

We’ve all been there. Dreading your past life and hoping to turn a new page. Well, that’s what the protagonist in Rosewater is about to encounter. Welcome to the Wild, Wild West in the fictional town of Rosewater. You play as Harley Leger, a novice freelance writer on the verge of a new beginning in the Wild West in an alternate 19th-century America.

A certain headline in the local daily meets your eye, arousing your curiosity—a man’s fortune is missing. You then assemble a group of ragtag gunslingers and unravel the mysteries behind the sleepy border town. Of course, your journey will not be an easy one. At Midway, you’ll encounter bandits, scoundrels, and rogues.

What’s more interesting about this point-and-click adventure, your choices affect how the game plays out. For instance, instead of waiting for a doorkeeper to let you in, knocking him out gives you direct access to a building. The video game demo gives you a fascinating insight into gaming mechanics and rotoscope animation. You will definitely anticipate more after playing this 2D art video game demo.

The Forest Quartet | on Steam Trailer

In this 3D narrative puzzle adventure game, you play the spirit of the lead singer of a forgotten band, the titular quartet. You get to encounter three unique acts from the perspective of the other band members: JB, Sebastian, and Kirk.

The marvelous environment in the game is a sight to behold as you navigate through each act. Your sole mission is to reunite the spirits of all the band members for a final farewell concert. Seemingly, all the characters are immersed in mysterious tragedies that hold their musical abilities hostage. For instance, upon encountering JB’s act, his house is full of underground creatures while the forest is immersed in an unfathomable depth of darkness. It is up to you to liberate him from the darkness and find the spark to reignite his musical muse.

Furthermore, the video game atmosphere features an exquisite and settling ambience. The tuneful jazz soundtrack is well in sync with the stop-motion-looking environment. Also, you don’t have to rack up your brain when solving the puzzles. The Forest Quartet is a real masterpiece of a video game demo that will blow you away.

What’s more satisfying than building a city from the ground up? Well, this marvelous video game demo will genuinely blow your mind. The Manor Lords demo takes place in the year 1212 and lets you play as the Lord of the Manor. You must manage workers, resources, and soldiers to keep their manor running smoothly. You will interact with the NPCs running the manor’s affairs, including the maid, cook, butler, gardener, and blacksmith.

The demo allows you to experience a small slice of the game’s mechanics and features while also getting a feel for the game’s atmosphere and style. As with every other medieval era, raids are common. Hence, you must train your soldiers to defend their manor from raiders and other lords who wish to claim it for themselves.

All in all, the Manor Lords demo is an excellent way to get a feel for what this game is all about. If you’re looking for an in-depth RPG experience with plenty of freedom and replayability, then look no further than Manor Lords!

So, what’s your take? Do you agree with our top five choices? Are there any video game demos you’d put up for this list? Let us know on our socials here or in the comments below.

Related Topics:Best on SteamDemosSteamVideo Game Demos
Up Next

The Legend of Zelda: Tears of the Kingdom: 5 Things You Should Know