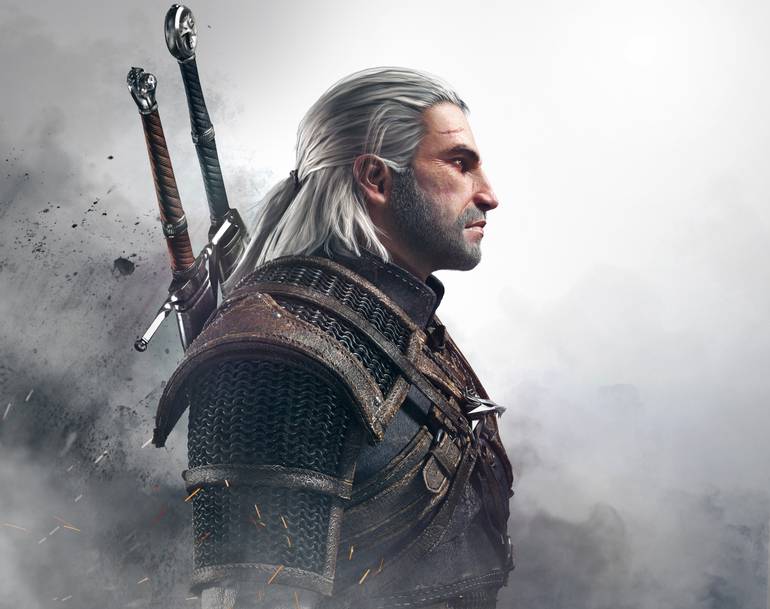 So you’ve finally decided to hop on the role-playing games bandwagon? Great! And I suppose you’re now wondering where on virtual earth to begin. If this is the case, worry not. We’re here to hold your hand through the insanely diverse world of role-playing games (RPGs). Granted, it may sound like a daunting task, but keep in mind that we all start from somewhere, and soon you’ll climb up the ranks. Furthermore, to tell the truth, the RPG world is so large that I bet my ass nobody can exhaust it all. Well, at least no ordinary person, because gamers can be a weird lot!

While RPGs may not be the easiest genre for beginners, they tend to be the most rewarding. Thanks to their intricate character development and a sense of progression. Therefore, whether you’re embarking on a solo mission or cooperating with your friends, kick on your training wheels, and prepare for the ride of your life with these 5 best role-playing games for beginners. You’re in for a treat. And needless to say, you might even get addicted!

Where to begin? Dragon Age: Inquisition is, first and foremost, very fun-packed. It’s arguably one of the vastest open worlds out there, which can have you hooked for hours, especially if you’ve got wanderlust. Additionally, its storyline is also not hellbent on the action and gameplay. It also allows players to indulge in a bit of romance among the characters- an attribute associated with the game’s developers, Bioware. Quite a treat for those who don’t mind a break from engaging in constant combat, if I do say so myself.

However, if you really crave the action aspect, there’s plenty to go around. You’ll undoubtedly feel like a badass in your quests while at the same time getting a proper ass-whooping from the monsters, some which are deadlier than others. And last but not least, everyone’s experience is unique, as even the tiniest actions like customizing a character’s skills a certain way can have a massive impact on your experience.

The popular Assassin’s Creed games have been around since 2007, with Ubisoft producing twelve core titles and quite a few spin-off titles. As a result, a new fan may feel overwhelmed by the sheer amount of games available, never knowing which one to start with. This is where Assassin’s Creed Odyssey checks in. Its multitude of beginner tips – like using fire and Sparta kicks to increase damage(Greek’s, right?), using your pet Eagle to scout the area for enemies, as well as ditching the guided map- will see to it that you start sampling the franchise on the right foot!

In addition to that, Odyssey‘s game’s controls are pretty straightforward, regardless of whether you’re on foot, on horseback, or in parkour mode. And although you can play as either Alexios or Kassandra, most fans consider Kassandra the “real protagonist.” However, Alexios’ story is indeed brought to life more beautifully.

Odyssey is also quite special as it’s one of the few Assassin’s Creed games that actually incorporates player choices and even romances into the gameplay. Not forgetting that the portrayal of Greece is just the tip of the visuals iceberg. As a result, after a hard day of slouching through reality, Assassin’s Creed Odyssey is a welcoming haven for gamers (beginners or not) to live vicariously through tech.

3. The Legend of Zelda: Breath of the Wild

The Legend of Zelda: Breath of the Wild - Nintendo Switch Presentation 2017 Trailer

The third in The Legend of Zelda series, Breath of the Wild, is a breath of fresh air (pun intended) in the franchise. Thanks to its unique nature that contrast’s its predecessor’s rigid story and gameplay structure. It boasts a more natural vibe where you’re free to forge your own path. Whether you want to fight monsters, get busy with side missions, develop your characters, or simply explore Hyrule, there is something for everyone in this fantasy-oriented, action-adventure game.

You may be wondering what makes it one of the best role-playing games for beginners? Believe it or not, it once faced some backlash that its content is not challenging enough for seasoned gamers. I told you gamers are a weird lot! But you can rest assured that this will be right up the beginner-friendly alley.

Skyrim is the fifth edition of the Elder Scrolls saga, a Bethesda Games Studio development. It is regarded as one of the most popular RPG games pertaining to its storyline. The game’s plot centers around the player’s (Dragonborn’s) efforts to defeat Alduin, a terrifying dragon that is looking to devour and destroy the entire world and everything of it.

Its main gameplay is divided into chapters, in which you are at liberty to either follow or delve into the abyss. The numerous hours of gameplay linked with Skyrim make it one of the best role-playing games for beginners. You’ll practically be a pro gamer by the time you finish with it!

Best believe that this game did not receive critical acclaim for nothing! The Witcher 3: Wild Hunt boasts a fantastic world, lore, terrific characters, a compelling story, and a rich dialogue system to boot. Did I just say a fantastic world? Scratch that understatement! Because it is unquestionably one of the most expansive open worlds to ever exist in a video game. And what’s more impressive is that nothing feels rushed or lacking.

In Your quest as monster hunter Gelart to locate Ciri, you will explore the vast expanse with never-ending sandboxes with choices that may even steer you away from the main quest. So much so that the ending you will achieve is highly dependent on the decisions you make. There are more than 10 possible mini-endings, guaranteed to keep you glued for hours on end!

Well, that concludes our list. Do you think those are the best role-playing games for beginners in 2022? Are there any games you’re particularly excited to play? Please share your thoughts in the comments section below or on our social media.

Interested in more? Check out the following titles next.

5 Games That Have One Too Many Genres

5 Games That Have One Too Many Genres