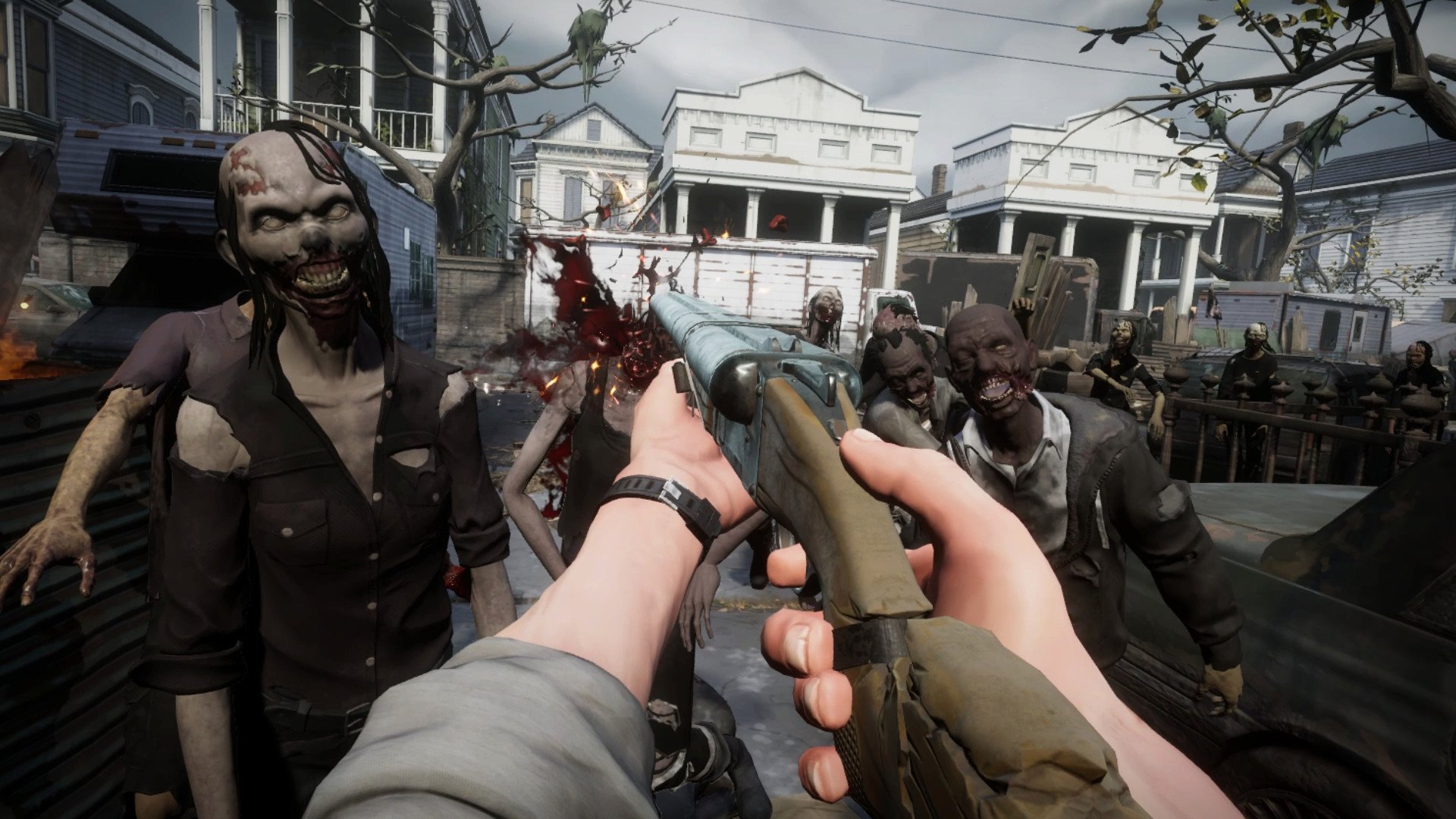 The long-awaited release of the PSVR 2 is quickly approaching on February 22, 2023. With this on everyone’s mind, it’s crazy to think that the PSVR has been our go-to VR system on PlayStation since 2016. Needless to say, it succeeded in bringing to life a new, more immersive, and interactive form of gaming for us to enjoy. That’s why once you truly consider the success of the PSVR, you can only begin to speculate how its older brother will fare. So, in anticipation of what’s to come, we’d like to reflect on the five best PSVR games of all time which helped establish the console’s notoriety in the first place.

Exploring space and planets in real life is a pipe dream for most people. But to be frank, it’s simply not a realistic possibility in this day in age. However, thanks to the miraculous technology of PSVR, and the conception of No Man’s Sky VR, dreams can come true. Developed by Hello Games, No Man’s Sky VR provides an attractive experience that allows players to pilot their own spaceship and explore the vast and detailed universe of over 255 galaxies. However, flying spaceships through the cosmos is only one aspect of its enjoyment.

The Sentinel update completely reworked the combat system. Mainly by adding a range of new weapons to take on the brand-new Sentinel enemies. These enemies are large Exomech warriors equipped with deadly lasers, plasma-powered flame throwers, and a powerful jetpack. Players are able to have their own Exomech warrior that, when equipped with the Minotaur AI pilot, will follow players as they explore planets and serve as a valued ally against Sentinel forces. Thanks to its endless possibilities for exploration, which was furthered by the Sentinal update, No Mans’s Sky VR has finally proven worthy as one of the best PSVR games of all time in our eyes.

When indie studio SUPERHOT Team released their first title bearing the same name in 2016, it gave players an experience that we can only relate to Neo from the Matrix. In Superhot VR, players progress through various stages, the catch however is that time moves at the same speed as your actions. Move slow enough and you even have the ability to dodge bullets. This requires players to make precise and accurate movements in order to combat levels. This grants some inventive ways to play through the game’s stages.

Evidently, it’s the simplicity of controls and the unlimited creativity why many gamers consider Superhot one of the best PSVR games of all time. Nowadays, Superhot is a staple on PSVR. Many players return time and time again to re-experience its satisfying gameplay and unique art style. Due to the fact that it helps players get used to movement in VR, we highly recommend that every PSVR player owns this game.

The Walking Dead has certainly shed its time in the spotlight as a TV show. However, spin-offs based on the series, such as the original Telltale games, have kept its notion relevant. One of the latest and greatest is PSVR’s The Walking Dead: Saints & Sinners. This open-world PSVR spin-off game not only puts players in the shoes of a zombie-infested world but also through the looking glass in VR.

You must craft weapons, loot buildings, and slay zombies that lurk around every corner in order to survive. Nonetheless, it’s pretty easy to see why this experience is made better through PSVR. As a result, The Walking Dead: Saints & Sinners has earned its spot as one of the best PSVR survival horror games due to its immersive combat and intricate storyline, which, just like the Telltale series, is full of consequential decisions.

Resident Evil 7 was the first major hit on PSVR. Players who dared to play the horror game expected nothing less than jump scares, terrifying enemies, and a spiraling plot that left them uneasy. Safe to Say, Developer Capcom delivered on all fronts. Your goal is to navigate the Baker family estate while escaping the evils that lurk behind every corner. However, what separates Resident Evil 7 from other PSVR games on this list is strongly a result of its audio. From creaking doors to footsteps chasing you, the audio can be just as frightening as the gameplay.

Fans of the Resident Evil series that want to play more of the cult classic will be pleased to hear that the rest of the series will be coming to PSVR 2. Of course, you can rest assured it will continue to keep players terrified while also enthralling them with its phenomenal gameplay and storyline. This first-person survival is currently one of the best PSVR games available, and another we highly recommend.

The Elder Scrolls V: Skyrim is widely regarded as one of the best video games ever created. That’s why it will always hold a special place in the hearts of fans. Whether it was the first RPG game they played or due to the epic memories of battling dragons and protecting medieval cities from destruction. And, despite the fact that Bethesda’s poster child has been released on nearly every console, when the studio announced that they were working on Skyrim VR, fans were ecstatic. Because the experience went from our monitors to a new heightened level of immersion on PSVR. Which you can surely bet will have you lost in the world of Tamriel for hours and hours, yet again.

From strolling through Whiterun’s streets to fighting your way through dungeons, or dodging arrows to the knee, Skyrim VR provides the game’s full-fledged experience on PSVR. Plus, Bethesda is known for producing some of the best open-world RPGs with stunning visuals and exceptionally immersive gameplay. And you can bet Skyrim VR checks every box on that list. Evidently, another reason why we consider it one of the best PSVR games of all time.

So, what’s your take? Do you agree with our top five? Are there other games on PSVR you think are the best of all time? Let us know in the comments below or over on our socials here!

Tintin Reporter: Cigars of the Pharaoh — Everything We Know