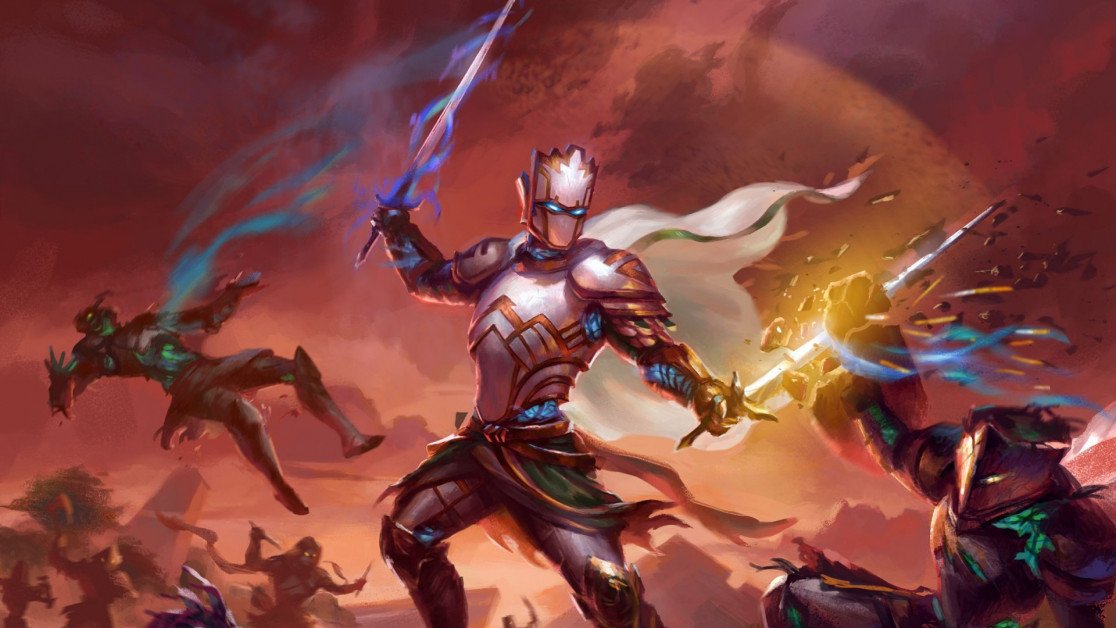 With Sony announcing the PSVR 2 for a rough Q1 2023 release, gamers all over the globe are starting to pick up the current-gen hardware to help test the waters before making the call whether or not to pre-order its next generation. And what better way to sample that very hardware than to dive right into the thick of its fighting games—some of which perform even better on virtual reality tech than their console counterparts.

Seeing as we’ve got a year or so before the second headset goes live, it seems only right that we grease the cogs for what’s to come. And with that, let us talk about some of the most immersive fighting games on the current market. PSVR owners, take note, for these games will be the ones you’ll want to knuckle in on before the PSVR 2 drops.

Boxing simulators make up such a large portion of the VR platform that it’s easy to get bogged down and feel slightly encumbered just by the sight of them. But when a solid choice emerges from a flock of a thousand, that feeling of being lost can depart in an instant. This is the case with Creed: Rise to Glory, a VR experience that takes a leaf right from the Rocky franchise.

As far as life-like boxing games go, Creed: Rise to Glory is a jab in the right direction. Built with a mode that lets you forge your own legacy from the remnants of determination, players can fully immerse like never before. And as far as getting a quality cardio workout goes—there isn’t much else that will get the blood flowing as well as Creed does.

If you’re seriously into your sword fighting, especially against opponents that bleed neon—then you’ll find Until You Fall an absolute blast. Thanks to Schell Games, you too can become the master of your own style, with powers that will put you above anyone who dares step before you, be they friend or foe.

On top of spellcasting, Until You Fall has you sifting through a variety of melee weapons as you go toe-to-toe against a wide array of RGB-heavy demons. There isn’t that much of a story, to be fair, though there are plenty of unique bouts to be had. And, of course, a million reasons to keep it in your daily workout routine.

Drunkn Bar Fight probably isn’t the best choice for those looking to invest in a genuinely inspiring fighting simulator, nor is it a game that will teach you the ins and outs of combat. But it will, however, provide you with endless amounts of fun, which works well for anyone wanting to blow off steam in a virtual dive bar.

Drunkn Bar Fight gives you the keys to a selection of bars, in which you can pick and choose your opponents, exploit their weaknesses, and claim bragging rights after knocking them into oblivion. Your weapons, of course, are the things you find in your everyday waterhole. And yes, you can beat some poor soul up with a snooker cue. That’s worth the price of admission alone, right? Right?

It’s time to take to the pit and get your hands dirty in GORN, a gladiator-themed fighting game that works both your bloodthirst and your cardio. As a combatant in the arena, you will have to use a variety of tools and techniques to hold back waves of brutish foes. And yes, you can expect a whole lot of gore.

While GORN won’t have you enrolled in a rich story per se, it will have you working your creative juices as you look for new ways to execute the rivals out on the battlefield. Although not on par with the likes of Gladiator, it does provide a pretty entertaining experience, and it’s definitely one to stick around for if you enjoy a bit of OTT cartoon violence.

As we said, fighting games make up the bulk of the VR library. Boxing games, in particular, are a player favorite, and have been ever since the tech came about a fair few years ago. In that time, the vast majority of devs have opted for cartoon-style visuals and comic-based combat. And for good reason, considering they’re both incredibly easy on the eyes and accessible.

BOXVR is no different, in the fact that you’ll be swinging virtual gloves at flumes of neon paint and floating spheres for points. Like Beat Saber, its goal is to help you stay in shape by proving you with a series of hard-hitting tests and routines. Train until your heart’s content, and then take a well-earned break as you port your knowledge over to the real-life ring down at your local gym.

Call of Duty Vs Battlefield: Which One is Better?

5 Games You Should Play Before Sniper Elite 5

5 Multiplayer Games You Should Play Before Evil Dead

5 Best-looking Video Games Coming Out in May 2022