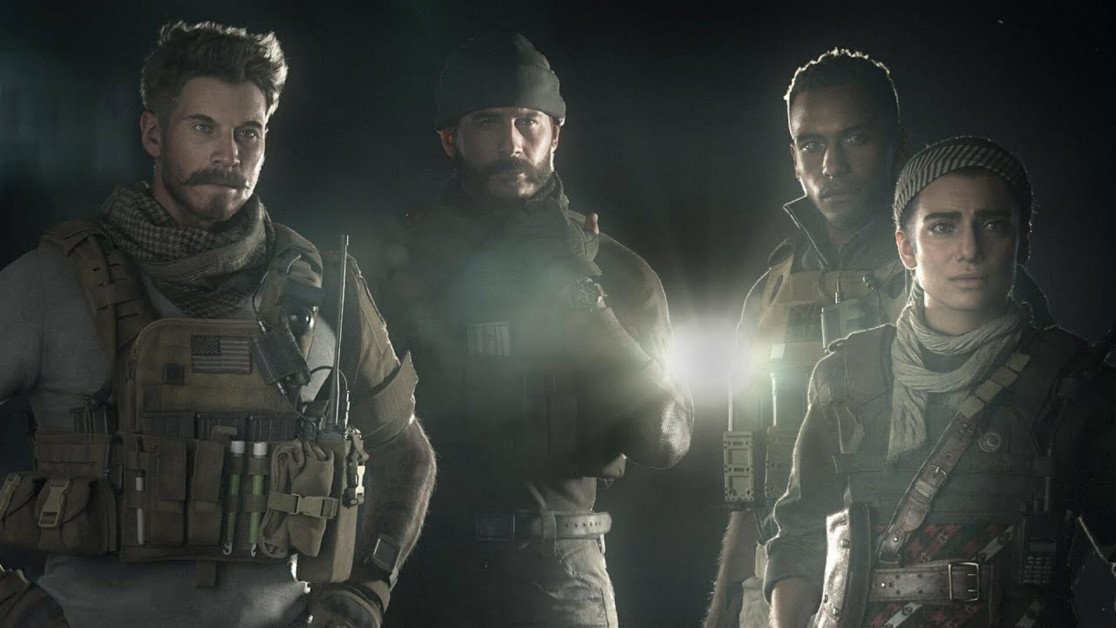 Strip away the expansive multiplayer front that Call of Duty relies heavily on to pull in the lion’s share of its sales, and you’ll still be presented with a classy batch of stellar single player experiences to gawp over. Sure, it might have taken Activision a fair few years to crack the ideal formula, but the fact is, Call of Duty can produce some genuinely solid stories when push comes to shove.

Okay, so in most instances, you wouldn’t usually associate single player campaigns with Call of Duty. You’d think of its slew of online modes and beloved zombie chapters and that’s about it. But there is far more to the franchise than online matches and booming eSports tournaments. Even more so in 2021, as Activision has finally managed to knuckle in on the perfect combination of ingredients and concoct an evolving pipeline of groundbreaking experiences. But let’s look back, mainly at the five games that helped brand the series as a worthy competitor in the action genre. Here are, in our opinion, the five best Call of Duty campaigns, ranked.

Technically speaking, Black Ops was a sequel to World at War. Not that anybody cared, what with the zombies mode basically overriding all possibilities of the story actually making a genuine impact. But discard the iconic multiplayer mode that cemented the Black Ops brand in stone, and what you were left with was a pretty vigorous campaign. A campaign that, in all honesty, was annoyingly overshadowed by its thriving online prospectus.

Set between 1961 and 1968 during both the Cold War and Vietnam War, brainwashed CIA operative Alex Mason is sent on a fishing expedition, using his memories of combat to help locate a certain numbers station. Through said memories, the operative and appropriate allies formulate a plan, connecting the relevant dots to stop a potential disaster from engulfing the United States through a network of sleeper agents. That’s Black Ops, in a nutshell. Complex, yet oh so captivating.

Admittedly, Call of Duty: Modern Warfare 2 still has one of the greatest online platforms on the market. Its community is rich with loyal followers and its devs still treat it like a favourite child in a household of a dozen siblings. But that’s the multiplayer side of things. Offline, thankfully, was just as compelling and energetic.

Thrown back into the aftermath of the Russian civil war, John “Soap” MacTavish and his elite Task Force 141 squadron find themselves back on the tracks of Imran Zakhaev, an ultranationalist martyr who pledges to wreak havoc over the West on a five-year terrorism binge. Working alongside some of the most advanced teams on the map, Soap and his allied forces step up to turn the tide of war in their favour.

For years, both Treyarch and Infinity Ward worked together to deliver engrossing tales that revolved around the first and second world wars. And up until 2007, there was simply no room for maneuver, effectively leaving the franchise locked to a one-note world. That was, until Modern Warfare stepped up and pushed the series into a whole new era. And Black Ops Cold War, thankfully, was one of the games that helped sever that connection with the younger entries.

Set during the darkest hours of the Cold War, a team of highly skilled officers find themselves hot on the trail of an alleged Soviet spy named Perseus. Through the distribution of propaganda, the elite spy aims to tilt the balance of power towards the Soviet Union, effectively tarnishing the name of the United States in the process. But with the help of the CIA, the finest officers stand to even the odds and return balance to the world.

After trudging along as the up and coming kingpins of war gaming, Activision knew that they were in need of a transformation in order to stay relevant. The second World War had run its course, and players were itching to lunge into something far more modern, with a story even more thought-provoking than the earlier releases. As a result of this change of heart, Modern Warfare was born — and the rest went down in history, effectively putting the franchise at the apex of the action genre for good.

A civil war has broken out in Russia, sparking conflict between the government and a faction of radicalised ultranationalists. Meanwhile, in an unnamed Middle Eastern country, a power-hungry warlord engulfs the region in corruption and turmoil. In response to the rise in tension, SAS new recruit John “Soap” MacTavish joins Task Force 141 in order to drive back the threat and string the dots together.

One of the more recent entries in the Call of Duty timeline, as well as one the best to date — is Modern Warfare — not to be mistaken for the original trilogy of games that were penned under the same name. Besides that slither of laziness, the game itself is an absolute game changer, and contains perhaps the slickest campaign ever made for the series.

Imagine watching a war documentary, complete with all the POV cameras one could want to feel truly immersed in the horrors of battle. Combine that with an action-heavy blockbuster movie, and you’ve got yourself Modern Warfare, a six hour campaign that will have you locked to the edge of your seat for every passing bullet. As well as bringing all the old familiar faces back, the story also splits between a diverse set of locations, giving you the complete experience that will embed itself in the back of your head for years to come. It’s visually impressive, incredibly well cast, and an overall pleasure to absorb between longer titles.

So, what’s your all-time favourite Call of Duty campaign? Do you agree with our five? Let us know over on our socials here.

5 Video Game Collections You Should Gift This Christmas

5 Video Game Villains We Couldn’t Help But Sympathize With

5 Celebrities That Should Be Featured In Video Games

5 Features That Made Fortnite Much More Fun