5 Most Anticipated Farming Sims Coming Out in 2023 - Gaming.net 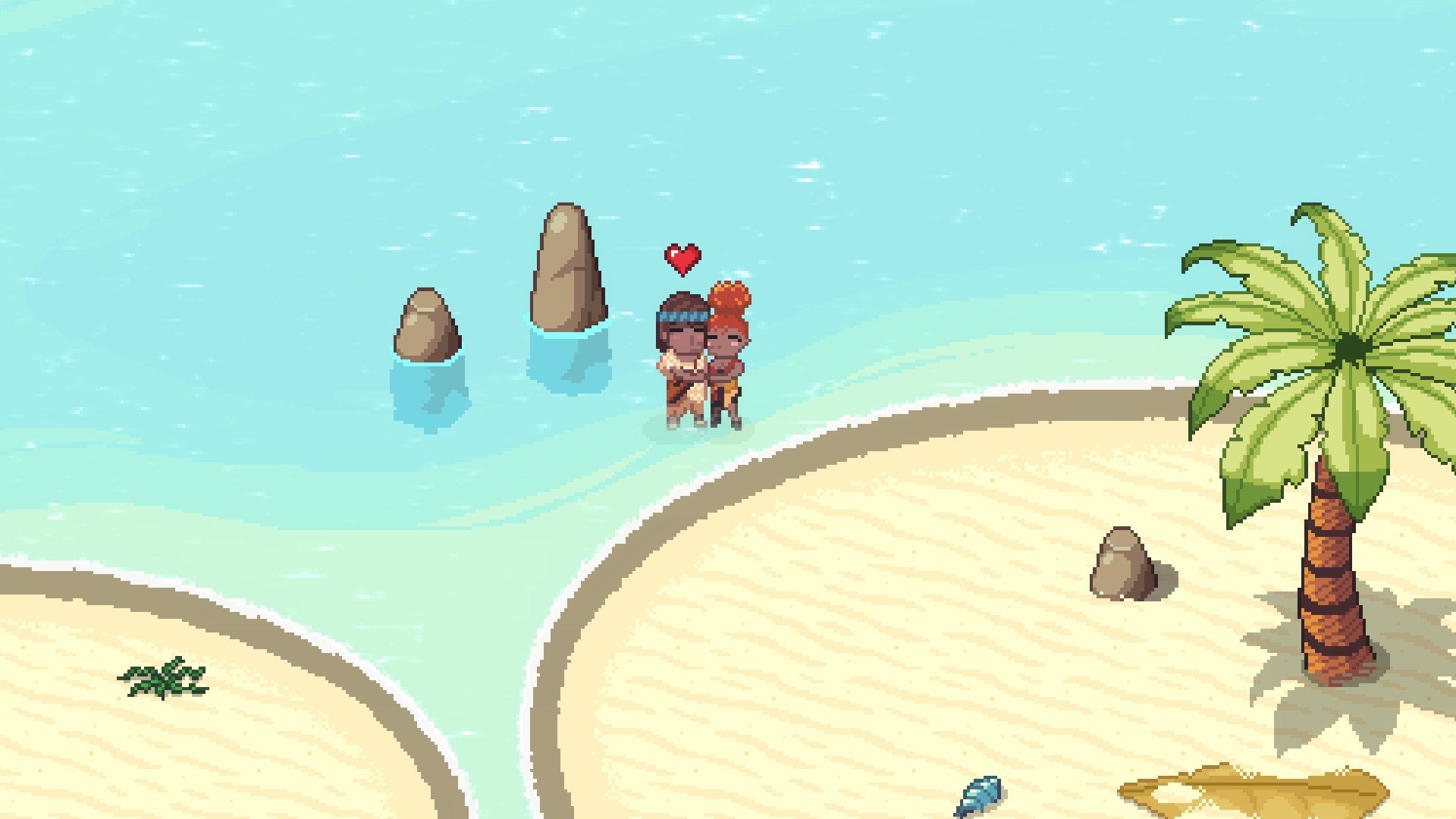 The farming simulation genre is one that has amassed a ton of popularity in recent years. This is partly due to the success of titles such as Animal Crossing New Horizons. This title and others like it brought players much joy alongside games like Stardew Valley. That being said, 2023 promises to bring the player even more of these cozy and rewarding experiences to occupy their time with. So without further ado, here are our picks for the 5 Most Anticipated Farming Sims Coming Out in 2023. 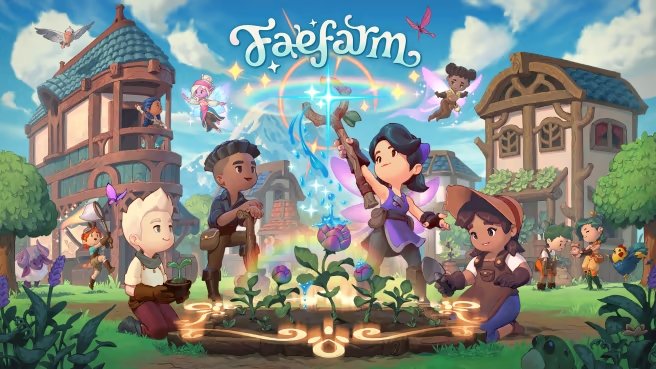 Fae Farm is an upcoming farming simulation game that allows players to live out the humble life of a farmer. The game is set to release sometime this year for the Nintendo Switch. This will be a fantastic console for the game to release on because of the nature of the game. It allows players to be able to accomplish tasks while on the go. One prominent feature that Fae Farm has that will definitely be exciting to see in action is the local and online co-op. It feels like nowadays, with online gaming being so huge that local coop can be seen as an afterthought. So it’s great to see it implemented here.

Players will be able to battle creatures as well as use their magic to improve their crops. This will add an element of mysticism to every action and is sure to be an interesting system in and of itself. There will also be dungeons in the game that will allow players to receive rewards for their hard work. Also, those players that consider themselves renovation experts will be glad to know that the player housing the game is completely customizable. All in all, Fae Farm appears to be one of the brightest stars on the horizon in terms of farming sims in 2023. 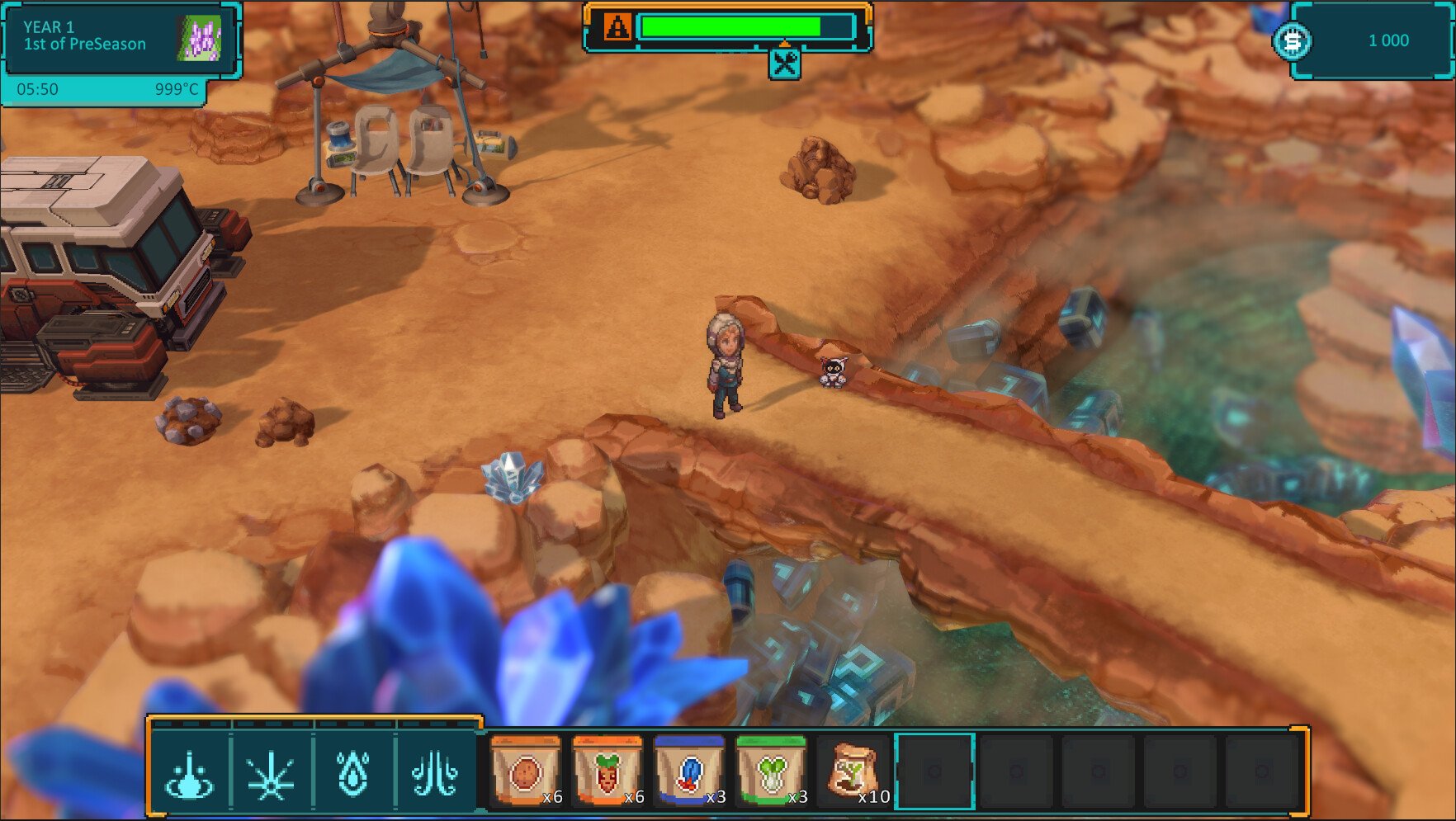 One Lonely Outpost is a game that has received a massive following to become one of the most wish-listed farming simulation games on Steam. This is fantastic to see, as it shows an increasing interest in the game before its release. Rather than the rustic flavors of typical farming sim games, this game has opted for a sci-fi aesthetic and the wonders of space farming as its backdrop for this experience. This will definitely make it stand out from the crowd in terms of location and feel.

Completionists will also like this game due to some of the features within it. For example, players are able to fill out what is called the Omninac. This is essentially a record of various flora and fauna in the game. This will encourage players to explore and see what they can find in this world. Also, for players who don’t want their journey to become all too lonely. There is a pet that you can get in the game. In conclusion, One Lonely Outpost is well on its way to a release sometime in 2023 as one of the most anticipated farming sims. 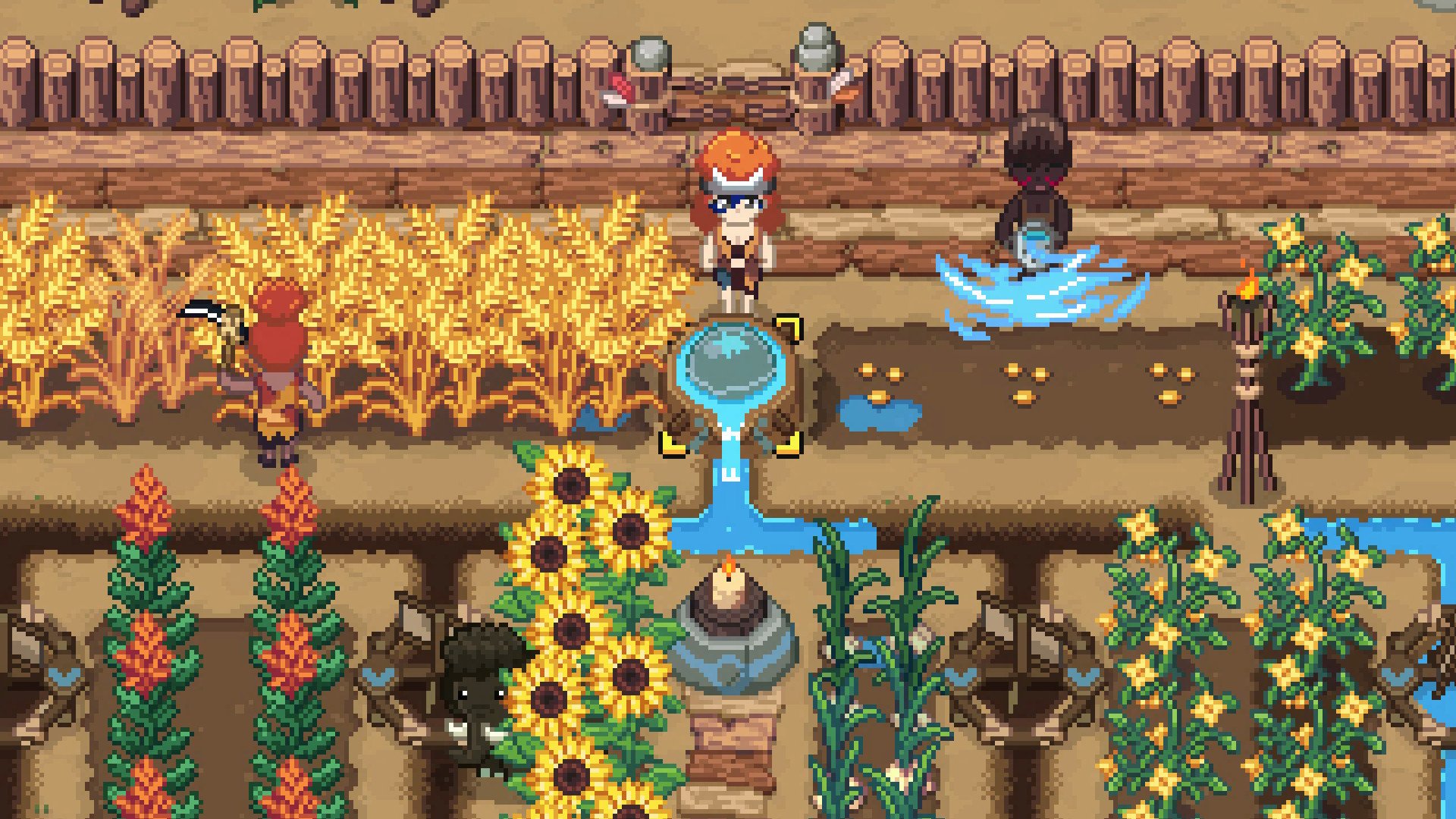 Roots of Pacha is a game that players have been clamoring about since they received the first wind of the title. The game revolves around players learning different skills. As well as taking care of their own civilization by learning diverse gathering and crafting skills and hunting. This game’s story also appears to have a profound amount of lore. This is sure to keep players returning to the game for more.

With a beautifully stylized pixel art style, this game shows just how beautiful the medium can be. Players can also play this game cooperatively, which lends itself well to the themes of family and bonding presented in the game. Finally, players will be able to progress throughout different sections of time, giving them access to new technologies along the way. This is all done in a way that seems to be very rewarding from what we can see. In closing, Roots of Pacha is not only one of the most anticipated farming sims but one of the most anticipated d games going into 2023. 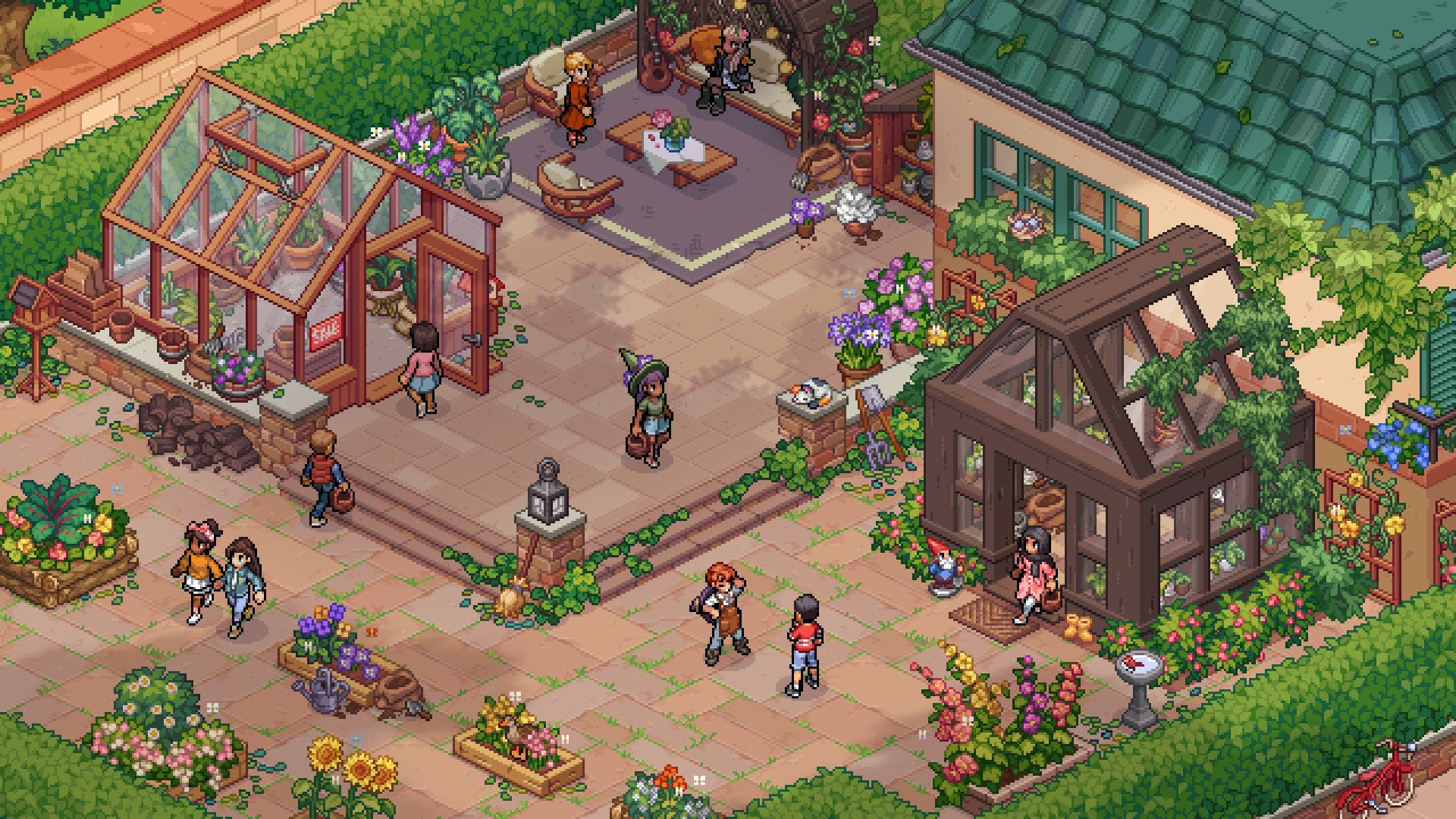 Witchbrook appears to be like a game that many players will have to look forward to later in 2023. This farming sim will allow players to use magic to their advantage when farming. This will add a unique twist to the gameplay and makes the game stand out among others. Similar to games like Potion Permit, the player will go through the game learning spells and crafting recipes, all while learning more about the world.

Players will move through a witch academy. This will essentially show them the ropes of magic and how to use their power. This is a fantastic framing system as it allows the player to learn the game’s mechanics bit by bit in a way that is fun and interactive. That isn’t to say that this is all there is to do in the game either. Players can do a number of activities throughout their time in this title. This game is sure to shake up the farming sim genre in 2023.

1. Story of Seasons: A Wonderful Life 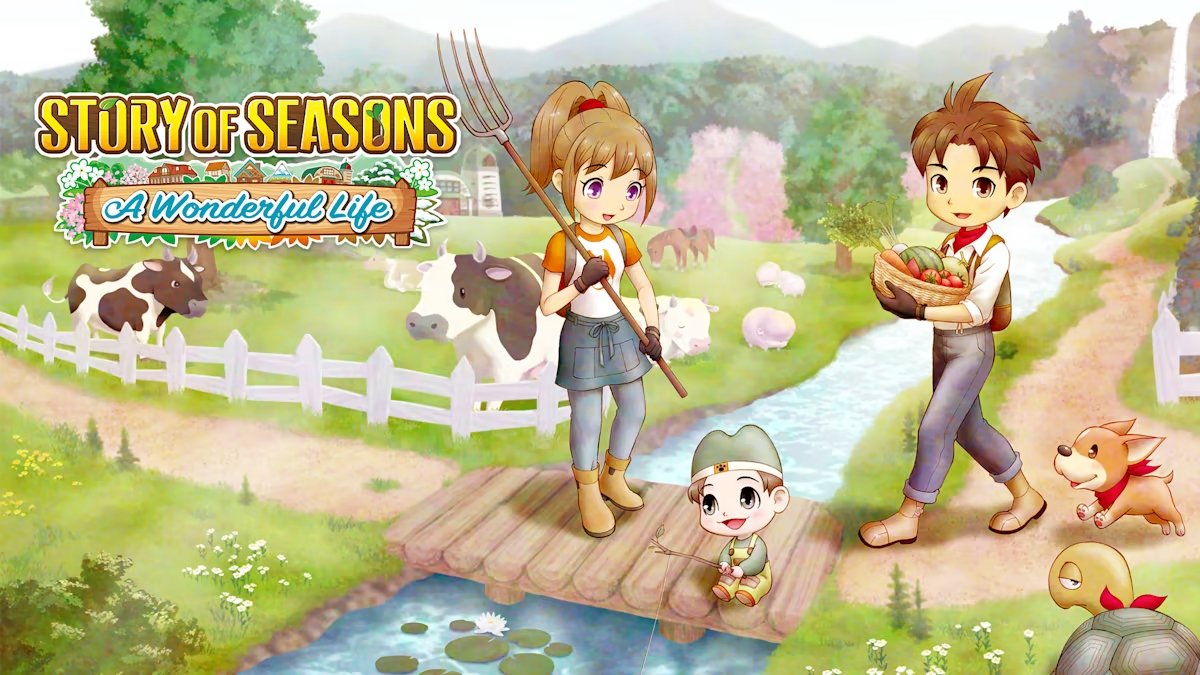 Finally, we have come to one of the most anticipated farming sims of 2023. Actually, it may be simply one of the most anticipated games, period. Story of Seasons is a game that many people have been looking forward to. Of course, since they played the original game in their childhoods, that isn’t to say that you have to have played the game before. But a lot of the hype surrounding this game is undoubtedly due to this fact. Players definitely have fond memories of farming throughout this title, so to see it remade in 2023 would be fantastic.

Players will find themselves once again visiting the Forgotten Valley and cherishing the memories that they create there. You will be able to farm, as well as romance many of the villagers around them. This is sure to give players many options in terms of gameplay and what they wish to do in the game. Simply stated, in closing, this game is one of the most anticipated titles of the year, with many fans yearning back to a simpler time in gaming.

So, what’s your take on our picks for the 5 Most Anticipated Farming Sims Coming Out in 2023? Let us know over on our socials here or down in the comments below.

5 Most Anticipated Co-op Games Coming Out in 2023

Time Flies: Everything We Know