Fortnite has become a phenomenon that transcends games, with several collaborations and references to pop culture. Epic Games‘ battle royale entered the mainstream not only because of the sheer number of players, but also because of its partnerships with sports and entertainment giants. The examples of crossover are varied in the game’s history: from the NFL to Marvel.

Gaming Net’s list has the biggest collaborations seen in Fortnite. Starting in 2018 to the present with Marvel skins. Among the events, the Star Wars lightsabers game, exhibition of series and trailers, musical shows and even clothing brands have already been shown. 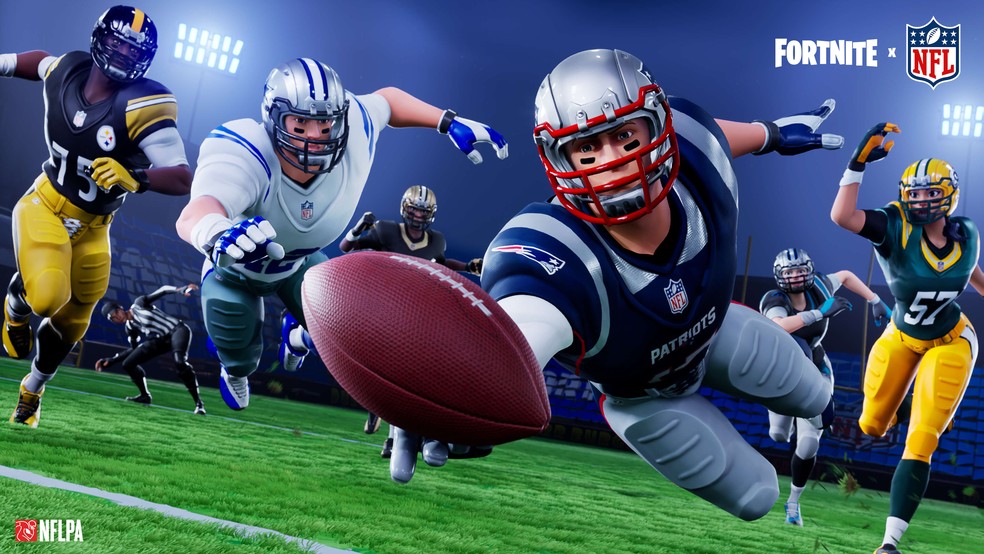 One of the first collaborations within the battle royale, in 2018 the NFL launched skins for the 32 teams participating in the competition. Players also had the opportunity to choose the numbers that would appear on the shirts.

In 2020 the uniforms returned to the game in celebration of the Super Bowl between 49ers and Chiefs. But this time there was also a doubles tournament called Twitch Rivals: Streamer Bowl. Where a Fortnite creator joined a professional NFL gamer. 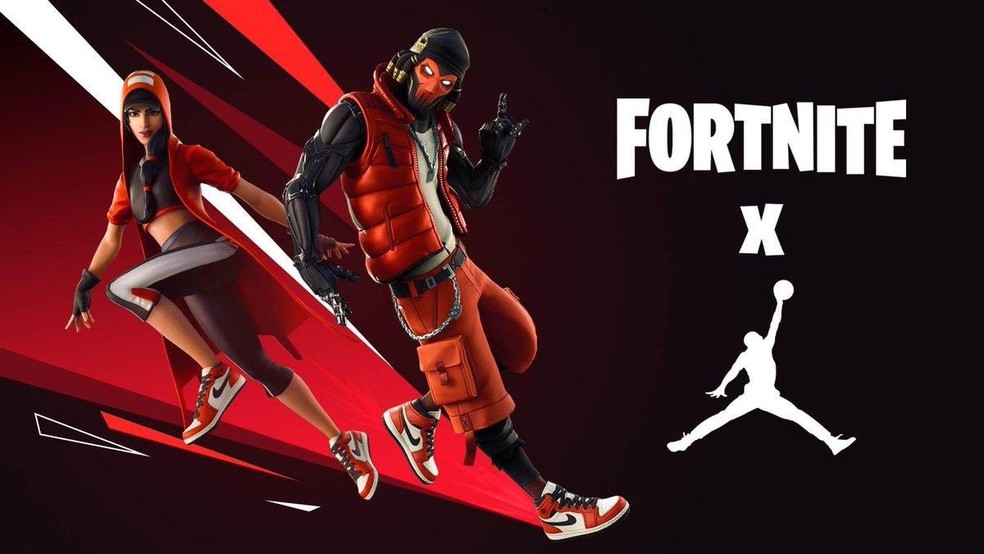 Continuing in the sports field, the partnership with the brand of the star Michael Jordan brought cosmetics to the game. Like skins, sprays, skateboards and tennis, along with challenges and a limited game mode. The so-called Downtown Drop was to fall into a New York-inspired city, perform giant jumps and collect coins to win the game.

Houseparty is a game app, where you can compete with friends. The partnership with Fortnite was a trivia challenge for the community. Players needed to get 20 million questions answered about the battle royale and when they reached that number everyone with a game account would receive the Fire Triangles Envelope. 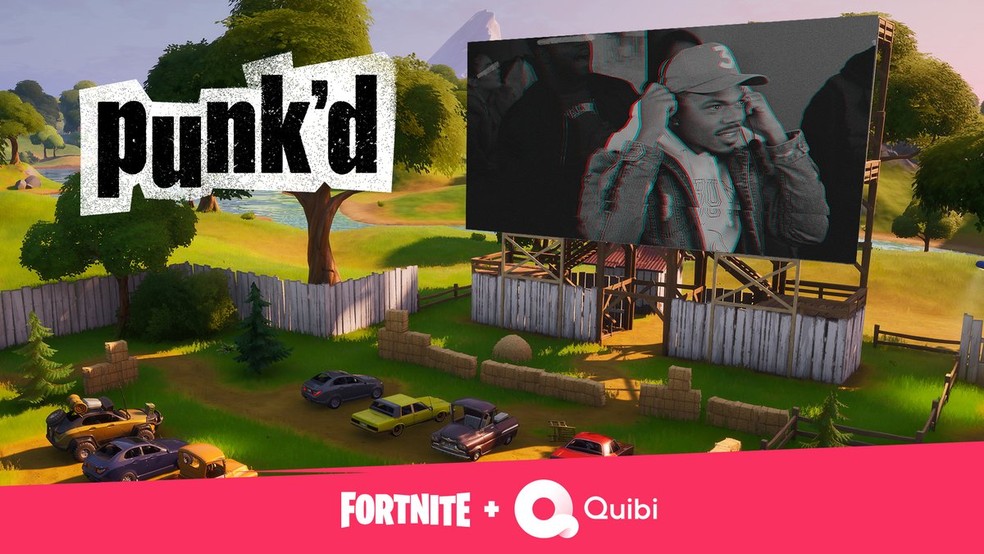 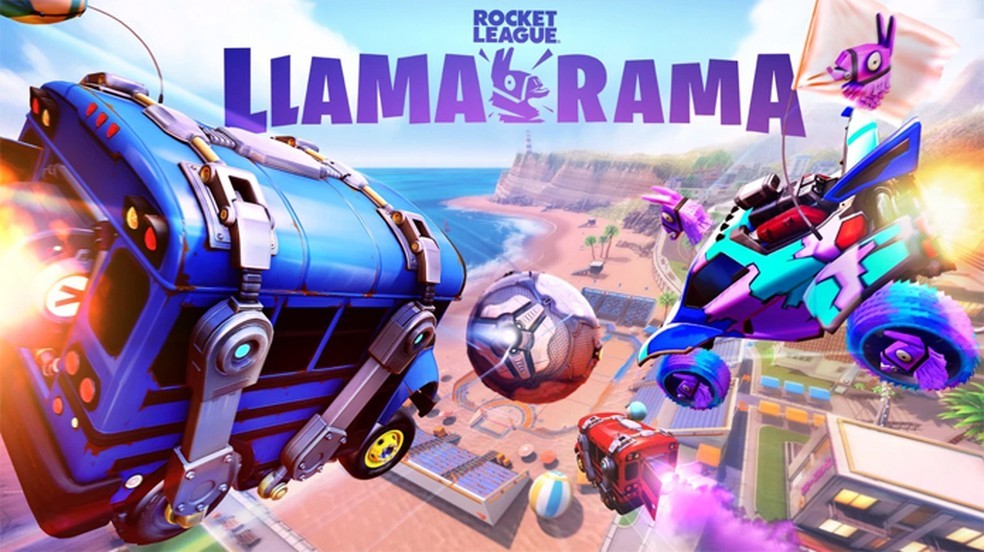 For those who enjoy Rocket League there are several cosmetics like llama wheels. (Image: Epic Games)

An event on September 26 that has several attractions, but mainly will be a crossover between Rocket League, also from Epic, and Fortnite. Players will have the opportunity to earn rewards for both games by completing challenges.

For those who enjoy Rocket League there are several cosmetics such as llama wheels, llama antenna and animal decal, as well as the famous fortnite bus as one of the playable cars. For those who prefer Fortnite, the rewards include smoke trails, sprays, emoticons, etc. 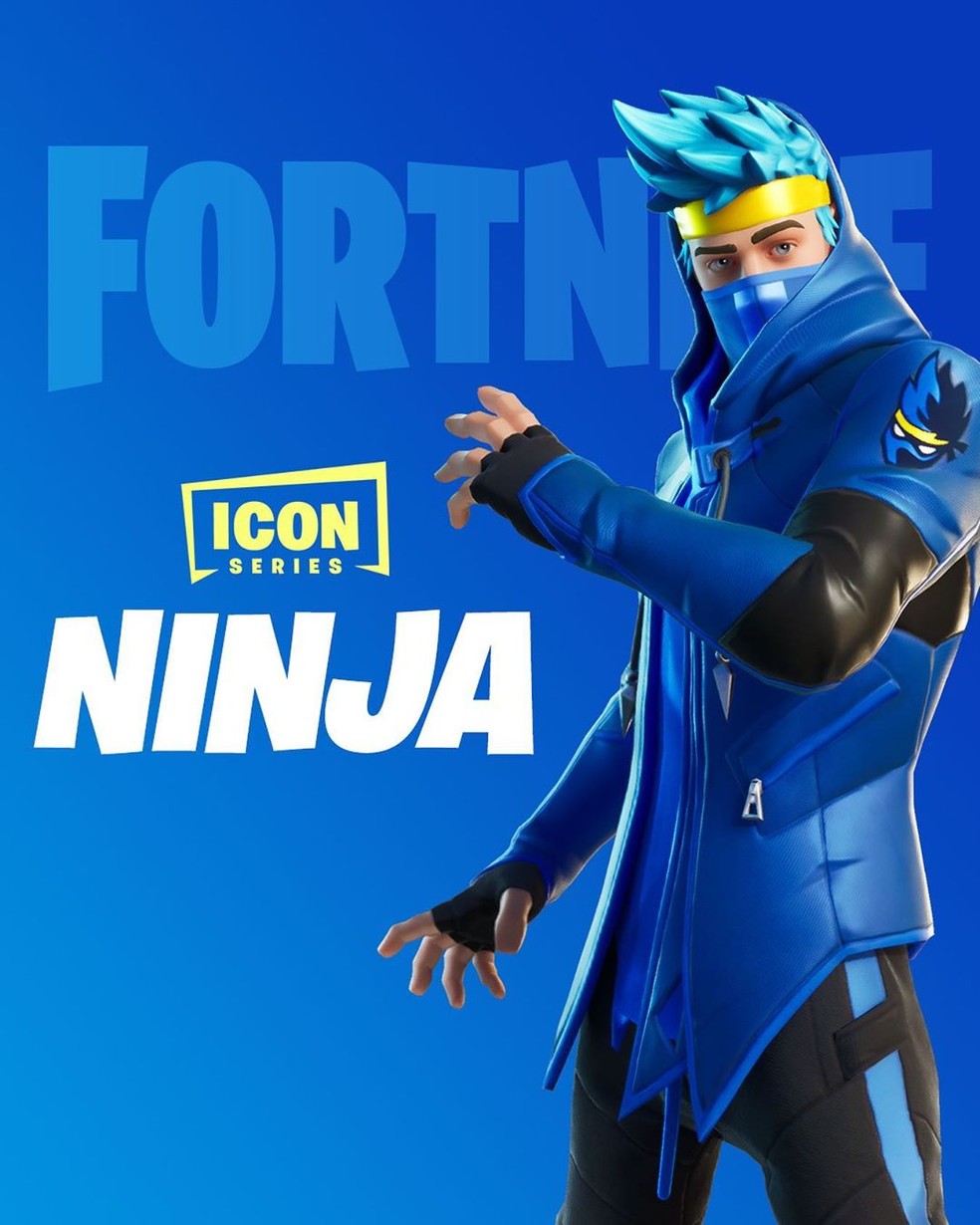 Ninja helped Fornite to reach the level of popularity that he finds today. (Image: Epic Games)

One of the biggest streamers in the world, Ninja helped Fornite reach the level of popularity that he finds today and won the first skin for a content creator in the game.

The streamer’s look is evolutionary, that is, as the number of eliminations it becomes more complex. In addition, the Ninja set was launched which comes with skin, emote, accessory for the back and two swords as picks. 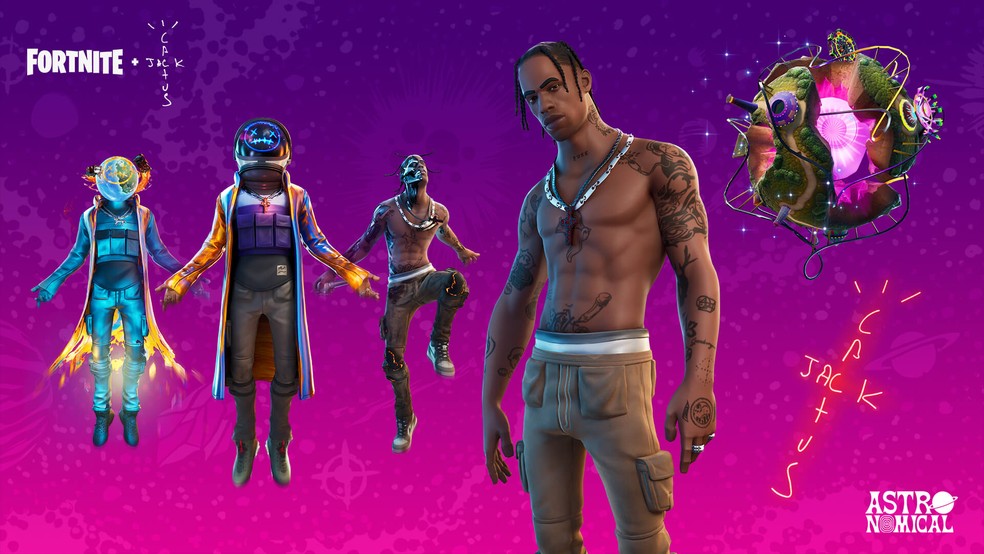 It was an event in partnership with Travis Scott, where the rapper performed in-game performances for three days at different times. In addition, there were challenges with special rewards for those who completed them, such as emote, glider, spray and loading screen.

It is also important to note that Travis has an Icon Series look, along with another skin called Astro Jack, the mascot inspired by one of the rapper’s songs. 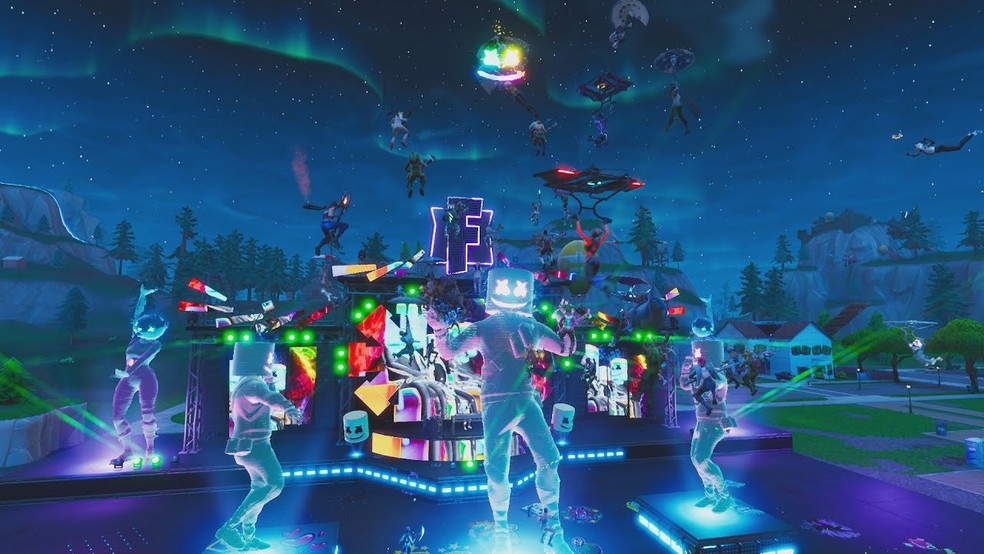 Similar to Major Lazer, the DJ got his own set of cosmetics with glider, skin, emotes, pickaxe, back accessory and a loading screen. However, what sets it apart is its own live event called Showtime. This event was a musical concert held in February 2019. It took about 10 minutes with several Marshmello songs and the stage behaved differently for each one. 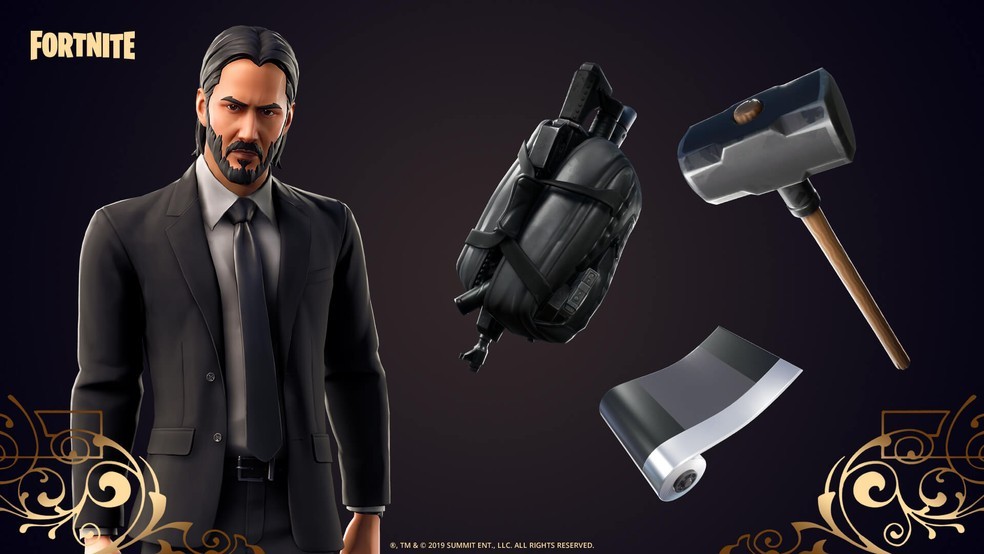 In order to promote the third film in the franchise, the legendary look of the iconic action movie character was made available to be purchased in the game. It was also possible to unlock, through challenges, an umbrella, envelope and accessory for the likes.

A limited mode was also present, called Wick’s Bounty. Where players started with the rare assault rifle and shotgun. 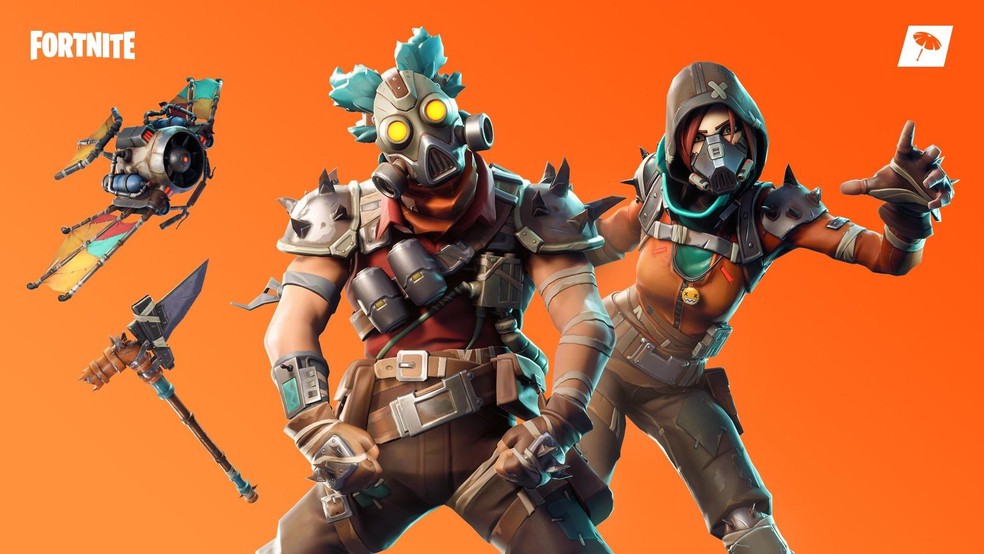 One way to promote the game’s launch, the event brought a new area to the Fortnite map. Where existing characters acquired the cartoon style already known from Borderlands.

Also available was the Psychopath package with hang glider, weapons appearance and, obviously, characters from the franchise called Lunatics. 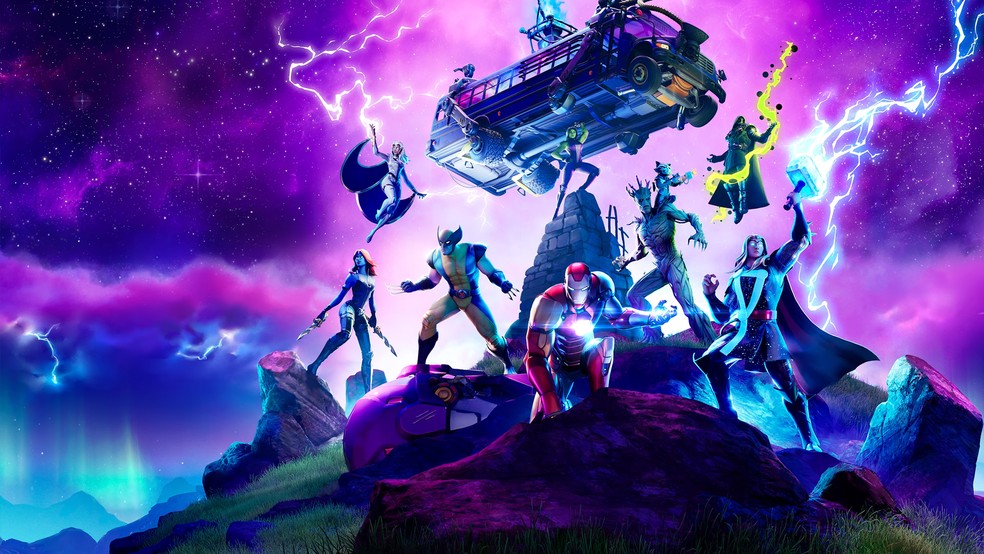 Without a doubt the best known collaboration within Fortnite, we have already had several events to promote Marvel films and also characters from the publisher that made the transition to the game. Deadpool arrived in Season 2 of Chapter 2 and we also had Steve Rogers, Captain America, doing his apiarization. Finally, we have Nexus War. Thus, map locations and cosmetics have the Marvel theme that surrounds the entire season.

Games on Steam: A Slavic Tale