Fornite is a game from Epic Games that has become a worldwide phenomenon for its Battle Royale mode. The title is available for download on PC, PlayStation 4 (PS4), Xbox One, Nintendo Switch, and in mobile version to download on Android and iPhone (iOS). In it, 100 players play singles, doubles or groups, where the last survivors are the big winners. In 2018, the game had a total turnover of $ 2.4 billion, and it was even the subject of a final chemistry test after going viral on Twitter. Here are seven little-known Fortnite facts.

1. It took six years to launch 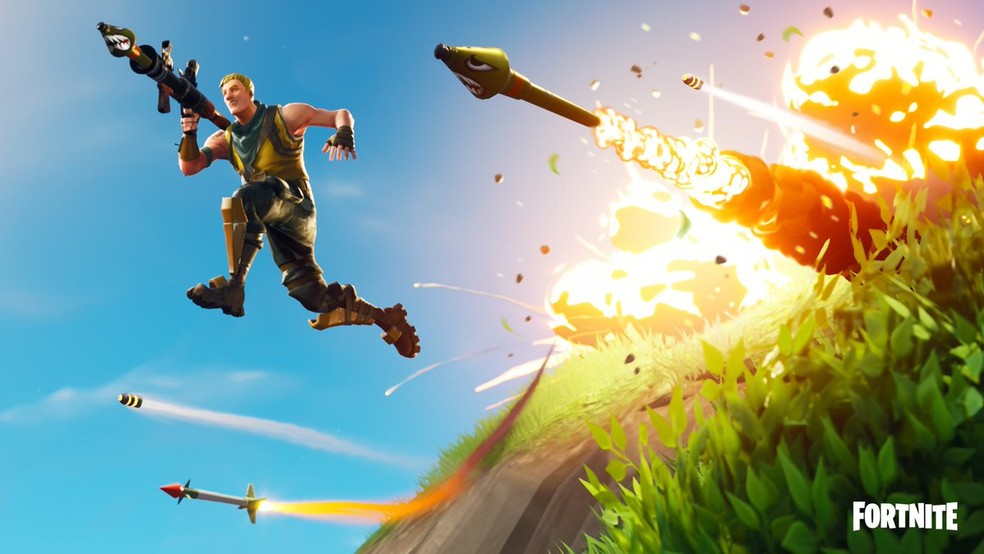 Fortnite’s first announcement was made in 2011 during the SpikeTV Video Game Awards. But at the time, it had only been three weeks since the studio had come up with the game idea. After a development marked by delays and several testing periods, Fortnite officially launched in July 2017.

2. Fortnite was not born as a Battle Royale 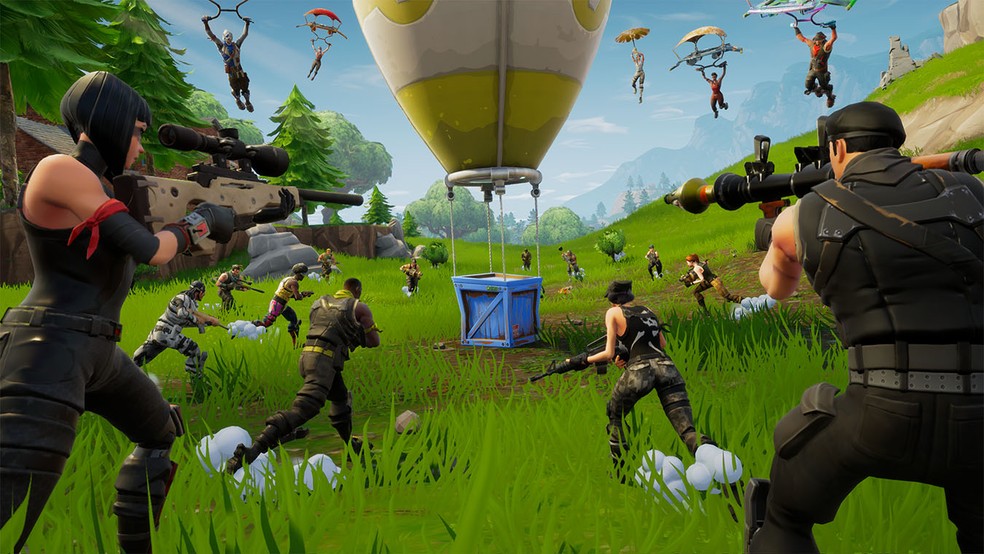 Fortnite’s Battle Royale was born to compete with the biggest hit of the time, PlayerUnknown’s Battlegrounds. (Image: Epic)

When it comes to Fortnite, many people immediately think of Battle Royale. But Epic’s original idea was to focus on Save the World, the cooperative PvE campaign. Players needed to build forts to protect themselves from hordes of enemies in a devastated world. Everything changed when the studio decided to release a new standalone version of the game based on the successful PUBG. Finally, Fortnite: Battle Royale surpassed even its main competitor in number of players.

3. The famous “dance of Fortnite” was banned in a school 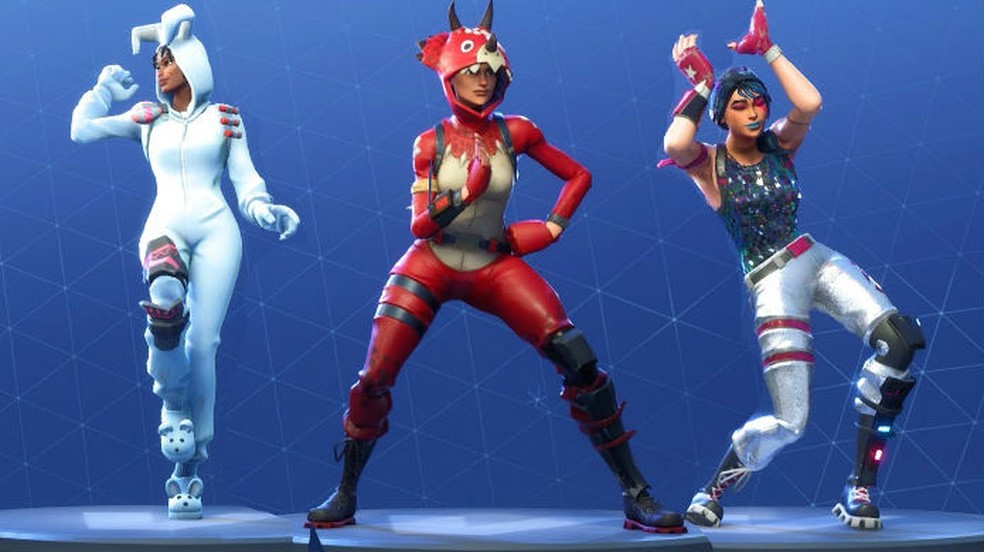 Within Fortnite, characters can do some celebratory dances. One of the most famous of these is “Floss”, inspired by the dance that Russell “Backpack Kid” Horning did in a performance by singer Katy Perry on Saturday Night Live. It basically involves swinging your arms and hips in opposite directions. Many Fornite players love to reproduce the movement of the game. But a primary school in Devon, England, banned dancing. According to management, Fortnite “rewarded the murder of other human beings” with the celebratory dance.

4. The giant hamburger that disappeared from the map and ended up in the real world 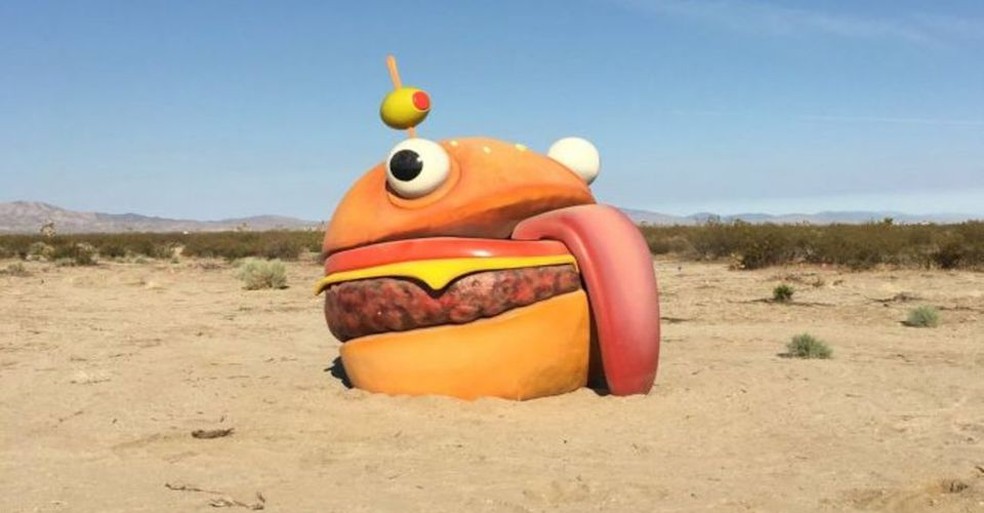 Fortnite’s Durr Burger disappeared from the game and drew attention when it appeared in the middle of the desert. (Image: Sela Shiloni)

Each season, Fortnite receives a number of new features, including changes to the maps. In one of these changes, cracks began to appear on the maps, then disappeared and never returned. At least not in the game. One of these points was a sculpture of a giant hamburger with a plate.

The sign disappeared from the game and was found in the real world, in the California desert, USA. It didn’t take long for the point to receive the visit of several players who went there to take selfies with the “tourist spot”. An actor dressed as Agent 3678 appeared at the scene handing out cards with a phone number that, when called, resulted only in static. But players believed that number would bring news next season.

5. It was the subject of a final chemistry test 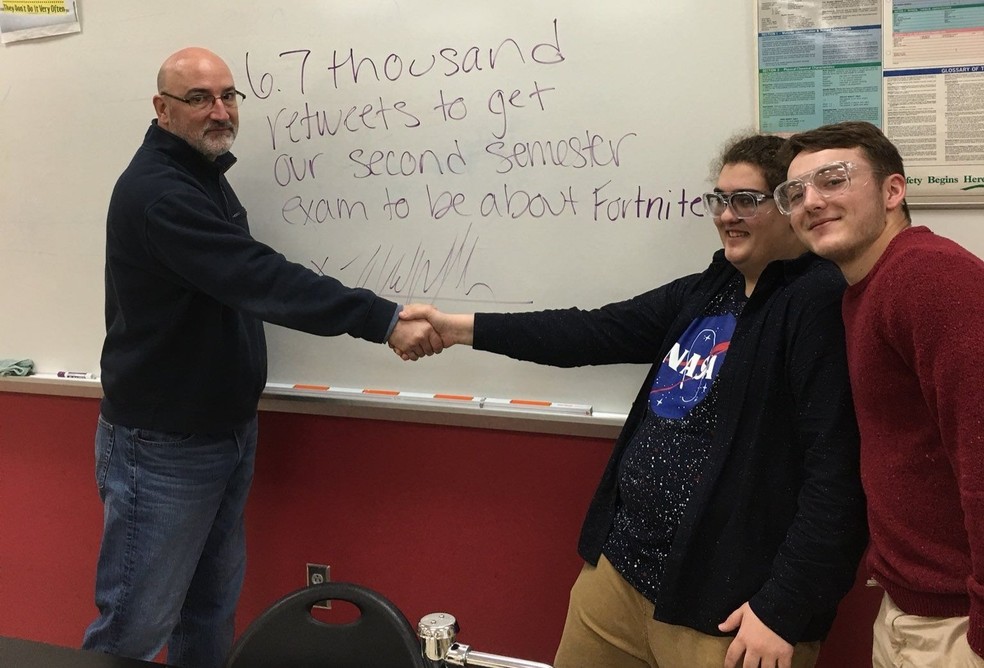 The professor did not know Fortnite when the students proposed a thematic test of the game. (Image: Twitter)

In 2018, two students from Tippecanoe High School in Ohio, USA, made a proposal to their teacher. If they could get 6,700 retweets in a photo asking to change the theme of the event, the questions should be about Fortnite. The Twitter post went viral, they got 30,000 shares and the professor honored his word. Developing a test based entirely on Fortnite.

6. Earned more than Avengers: Infinity War in the week of its release 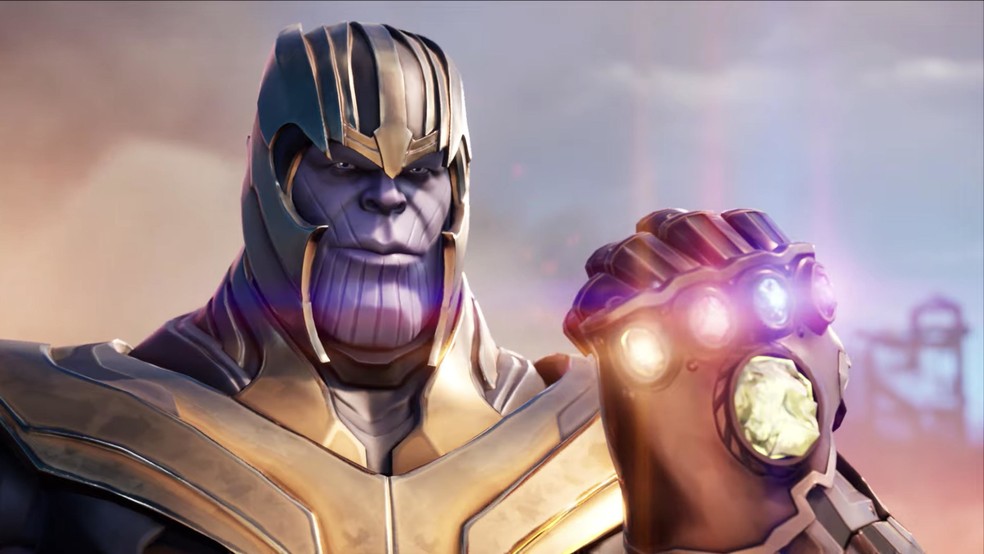 In Crossover, the villain Thanos was present in the famous Battle Royale Fortnite. (Image: Epic)

In April 2018, one of the most awaited films in the world hit theaters. Avengers: Infinity War was a huge success at its launch, grossing US$ 250 million in the week of its launch. That same month, the Fortnite game hosted a movie-themed event and had a total of US$ 296 million in revenue. Incidentally, in 2018 the game had an impressive turnover of US$ 2.4 billion and was the game that most earned in the year.

7. Some people have been prosecuted for using cheats 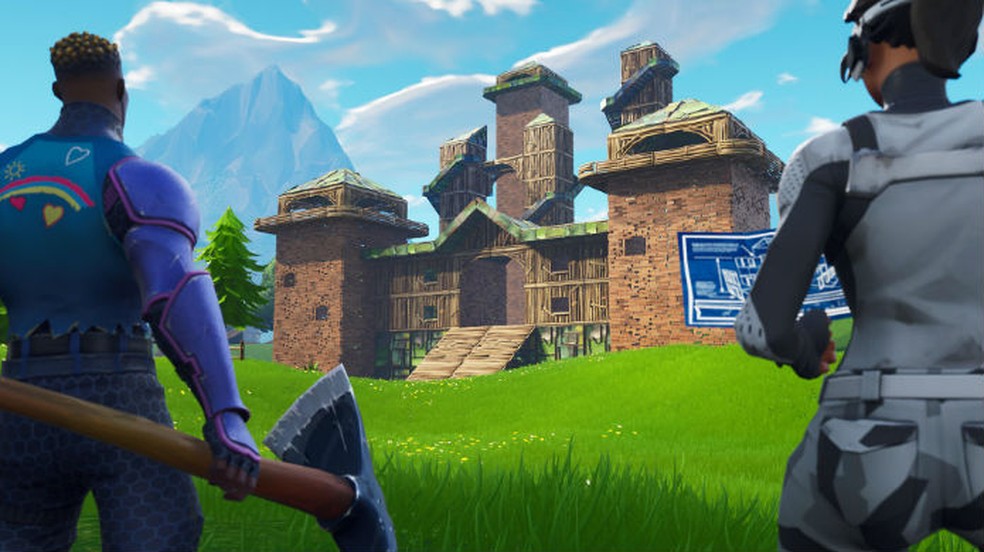 Epic ended up getting involved in some controversies when trying to rid its game of cheaters. (Image: Epic)

Epic Games is very strict in its actions to end the presence of cheaters in the game. Those caught using cheating are soon banned from the game. Some players were even prosecuted, including a 14-year-old boy. The controversial case happened in 2017, when Epic Games filed a lawsuit against users who were using aimbots from the Addicted Cheats website. The developer justified in the process that modifying the game code is against the Fortnite End User License Agreement and Copyright Act.