Eight days from now, Fortnite Chapter 2 Season 3 begins. And with that, rumors about what the next event will be like start to come out. One of the biggest issues revolves around the weapons and items that will come out this season. Last week here at Gaming Net we talked about five items that we think should return to Fortnite. One of the interesting things about the game is the extensive list of weapons you can use to eliminate your enemies. Some items made short appearances in Fortnite only to never reappear. Today, let’s take a look at five items that we think should return in Fortnite Chapter 2 Season 3. 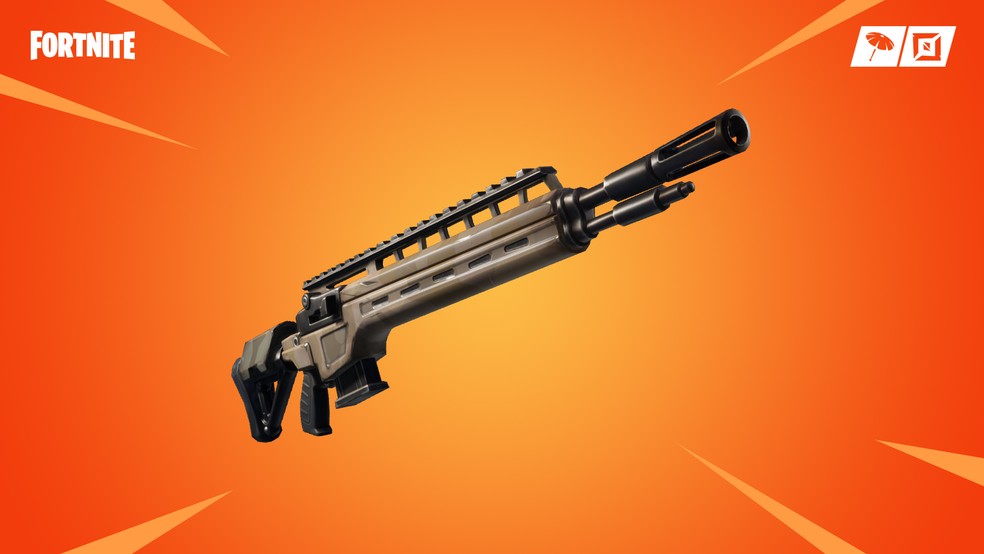 Could the Infantry Rifle be useful in this new season? (Image: Epic)

The Infantry Rifle is much loved by players for being used over the years. It is a rifle that requires precision, very different from any other rifle. It acts as a mixture of an assault rifle and a sniper rifle. The Infantry Rifle can do very high damage, but players with questionable aim may not want to carry it. The Epic and Legendary versions of the Infantry Rifle deal 168 and 176 damage per second, respectively,

At the end of Season X the Infantry Rifle left Fortnite. It underwent a complete overhaul that occurred when the Battle Royale title moved into a new era. Various items, weapons and vehicles left Battle Royale mode at that time. There is nothing more satisfying in Fortnite than destroying someone with the infantry rifle. It would be an exciting addition to Fortnite Chapter 2 Season 3.

Flint-Knock Pistol is a great option for pistols. (Image: Epic)

If you think about fun weapons in the game, the Flint-Knock Pistol is one of them. It offers a punch of up to 90 damage with the unusual variety. In addition to this high damage, this pistol is a rotation option for the player when needed. Players don’t prefer to use it as their primary weapon, but it still has its purpose. Flint-Knock hits enemy players hard, allows for quick spins and is fun to use in general.

Like the Infantry Rifle, the Flint-Knock Pistol came out of Battle Royale mode at the end of Season X. This departure from the competitive game gave players less options for spinning. But now, it’s time for the Flint-Knock Pistol to make a full-time comeback. Let’s hope the third season is the right time to reappear.

Pistols have a terrible reputation in Fortnite history. When players open the chests and find green, purple, blue or even gold pistols, it is a disappointment. The Hand Cannon is different because it can conquer any opponent in one or two shots. At long range this weapon is very effective, however, it requires great precision. Players prefer not to carry a hand cannon, especially if they have sniper rifles. But what if the Hand Cannon was a player’s best long-range option?

Snipers are certainly a staple in Fortnite. The Heavy Sniper Rifle, in particular, offers a ridiculous advantage for players who own one. Epic Games launched the Hand Cannon in Season X, and now is the time to return. It would be interesting to see the Hand Cannon replace Heavy Snipers as the main long-range weapon. This is all due to the skill needed to hit shots.

The return of the Sniper Rifle Storm Scout could be even before Fortnite Chapter 2 Season 2. This Sniper arrived in Fortnite in Patch v9.41. He overhauled the way players optimized their loading. Although the Storm Scout did not do much damage, it is undoubtedly one of the unique weapons in Fortnite history. Unfortunately, this weapon lasted a short time in Fortnite and has not yet been shown.

The Sniper Rifle Storm Scout added a different layer to Fortnite like never before. Players who carried this weapon were able to spin, because they are predictive patterns. At that time, in the competitive goal, it fit very well. Having knowledge of Storm Circle is one of the essential aspects of Fortnite. Fortnite is always better when players are on tiptoe and need to use their brains to succeed. The double-barreled shotgun was an intricate part of Fortnite in previous seasons. (Image: Epic)

The double-barreled shotgun was an intricate part of Fortnite in previous seasons. He hasn’t been part of the Fortnite loot group since Season 7. Epic Games withdrew it from the competition because of the damage it could cause. Epic and Legendary versions could deal 114 and 120 damage.

Double-barreled shotguns do a lot of damage. Although the ideal shotgun to hold was not that, it could be useful in today’s boxing match goal. Imagine the satisfaction of taking a player’s wall, editing it and hitting it for more than 100 damage. The double barrel would not remodel Fortnite, but it could provide a satisfactory balance between the bomb and tactical shotguns.

This concludes our list of five items we would like to see come back to Fortnite. Stay tuned to Gaming Net for more Fortnite news and updates!