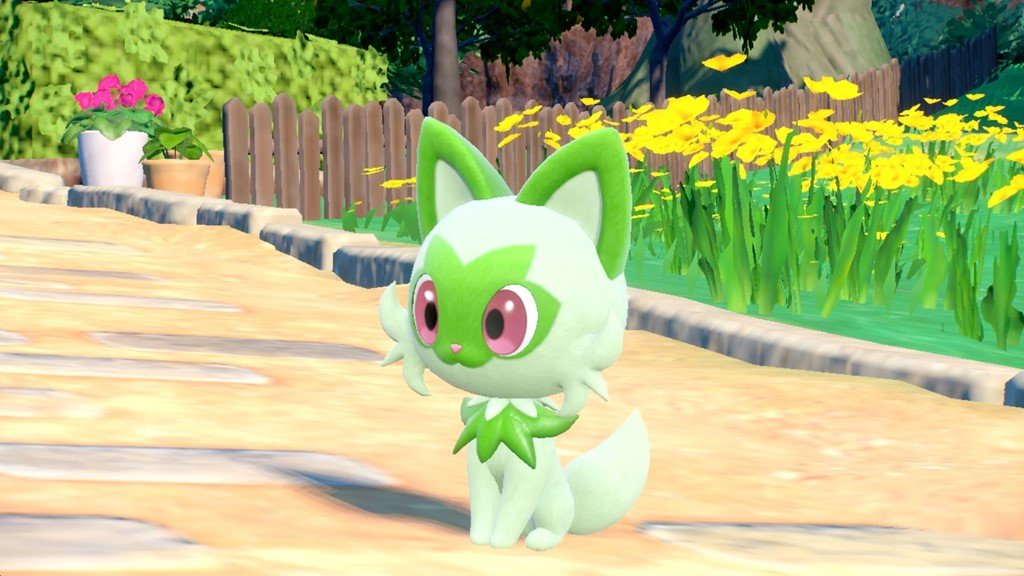 Pokemon Scarlet & Violet introduces us to the Paldea region. Within this region are a ton of new Pokemon to explore with. In addition, players can go around the world with their companions, which will liven up the player’s time within this world. So what goes into making a Pokemon‘s design memorable? Is it simply how they look or how well they match a theme? Well without further ado, here are the 5 Best Pokemon Designs in Scarlet and Violet. 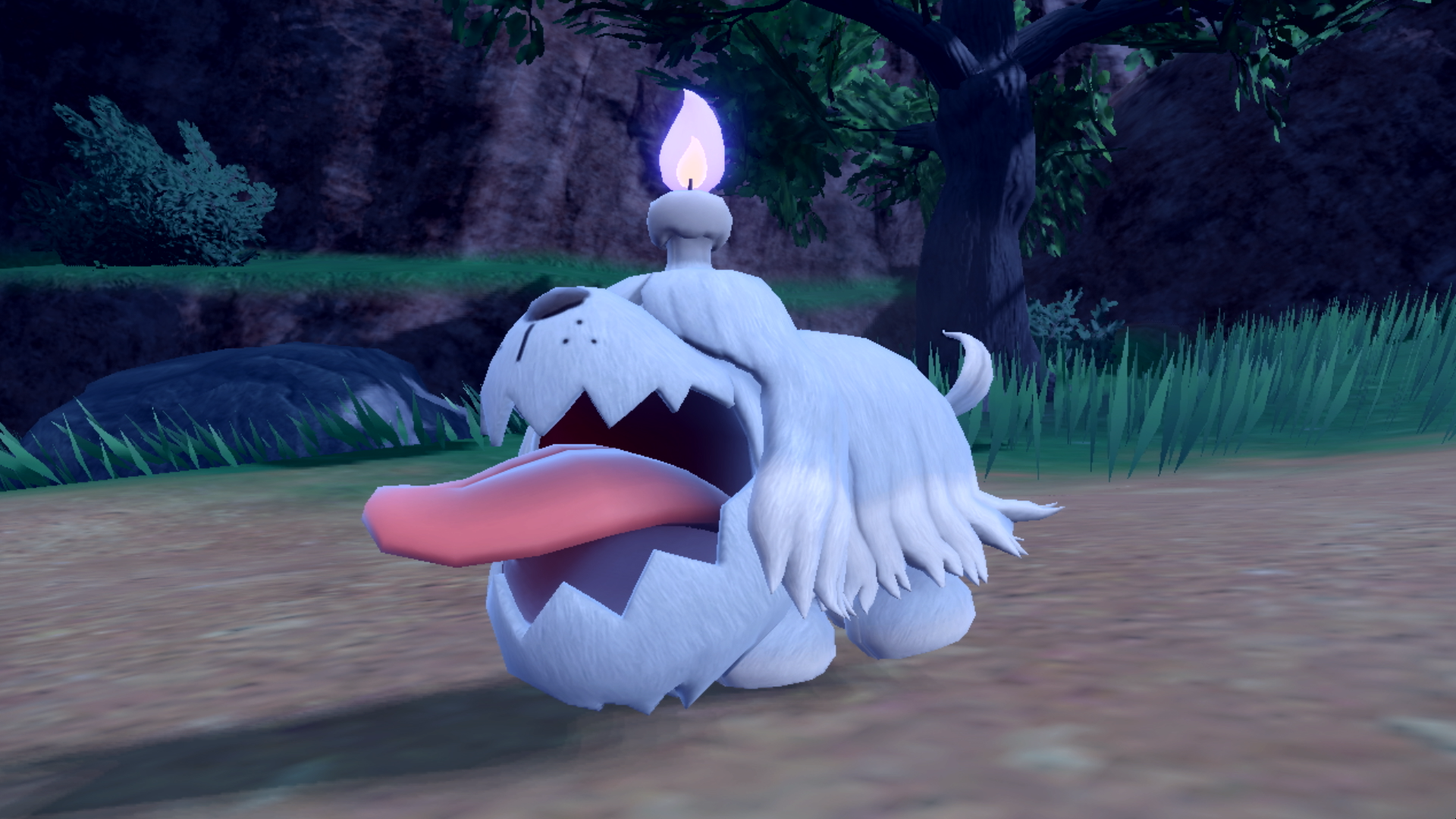 Greavard is an adorable Ghost-type dog that has graced us with its presence in its very own Pokemon trailer. This lovable puppy features a candle wick on its head that remains lit as it burrows underground. In addition, this ghostly pupper features a friendly personality. However, do not let this friendly dog fool you, as it may unwittingly drain you of your soul. Although this is true, the Greavard does not know what it is doing, leading many Pokemon fans to give it a pass on the whole soul-sucking thing.

The design of this Pokemon is instantly cute. Featuring the shaggy ghost dog with an adorable candle atop its head Greavard is absolutely cuddly. However, if people ever choose to play with this puppy, it may be their last playdate for quite some time. While we do not know if Greavard will have an evolution, we hope that it matches the lovable design of this graveyard dog. Altogether, Greavard makes for a beautiful design and one of the best Pokemon designs in the game. 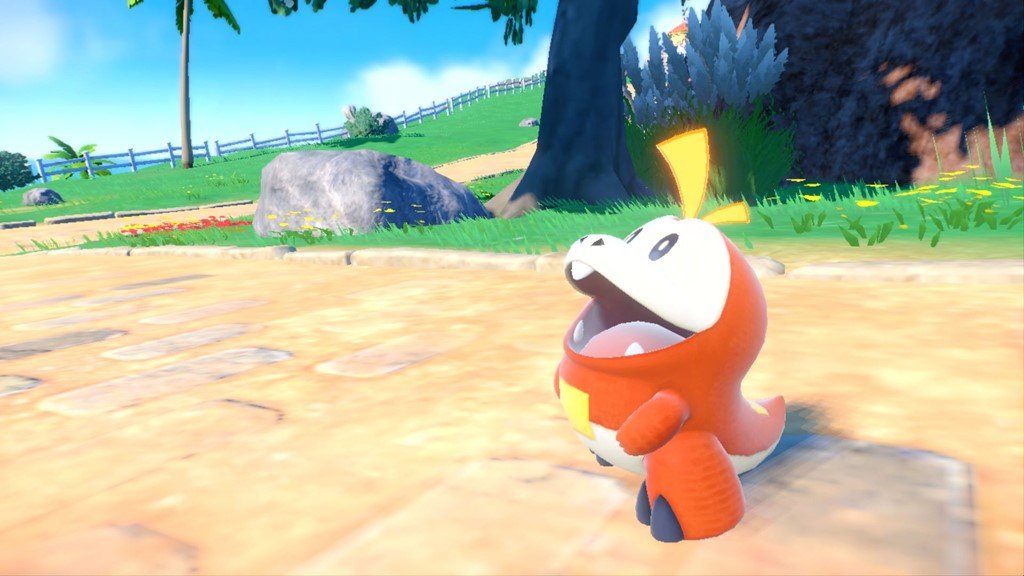 Fuecoco is the fiery starter with a ton of personality. This crocodile is really quite adorable, with his mouth all agape. This starter has quickly become a fan favorite among Fire-type users. With an adorable design and disposition, this crocodile appears to be on its way to becoming one of the most beloved Pokemon starters of all time. So it is almost certain that many players will choose this lovable crocodile as their starter. I mean, look at him. How could you not love that smiling face?

This crocodile also has a laidback personality type that will resonate with fans. A cool additional tidbit bout this Pokemon is its ability to absorb heat through its scales. Many of the players playing Pokemon were probably drawn to this choice because of how appealing its design is. It should also be noted that the more excited this fiery Pokemon gets, the more heat they exert, which is rather cool. Fuecoco is an amazing starter Pokemon for a new generation of fans and has a fantastic design. 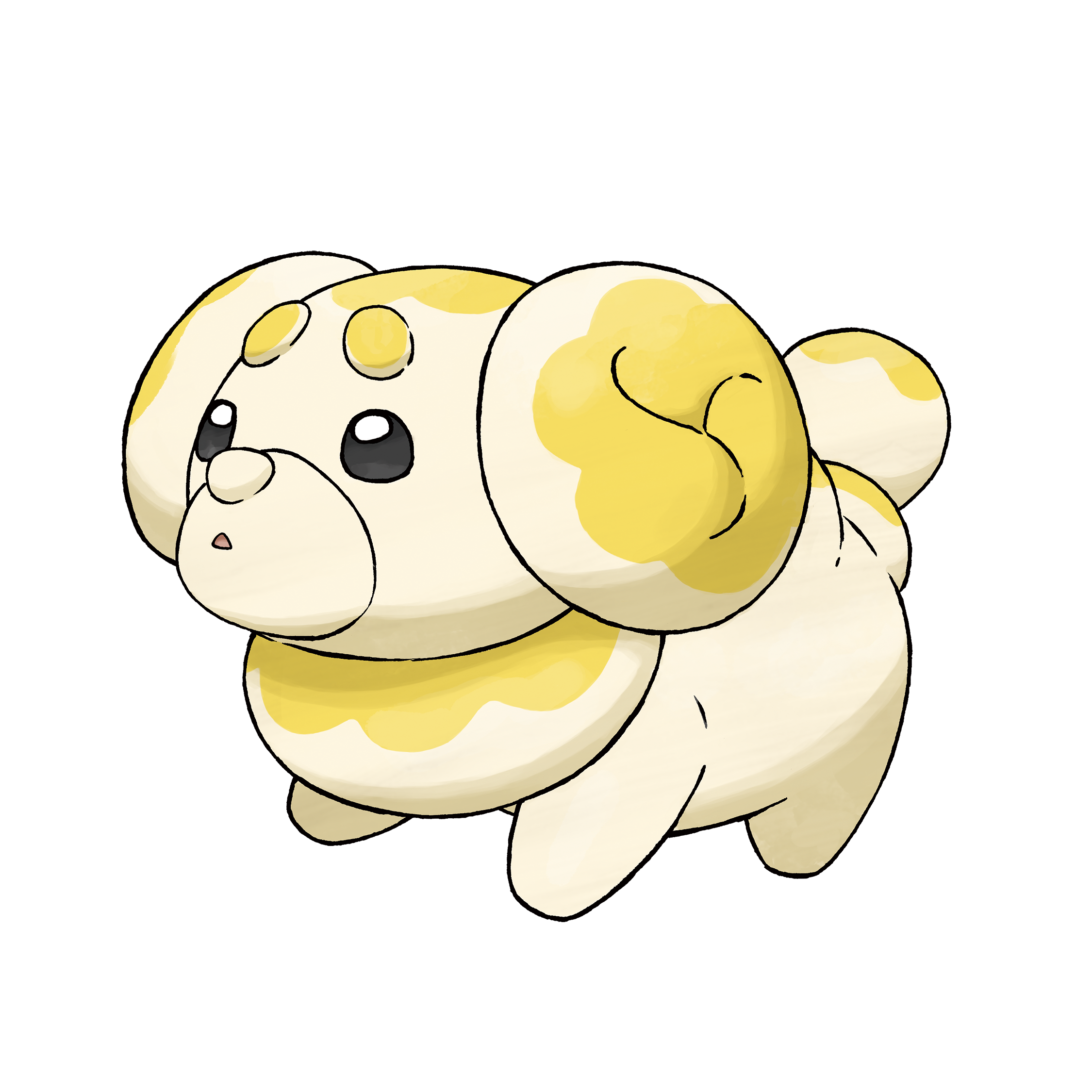 Fidough is an absolutely adorable Pokemon. This lovable little scamp is a dog made out of dough or, more specifically, yeast. This Pokemon has a lot of charm just based on its initial appearance. This dog has a ton of things going for it design-wise. The Pokemon appears to be just the right amount of squishy and bouncy due to the nature of its fur.

The Pokemon‘s page describes it as smooth to the touch, which can be rather comforting for players. This creature also has quite a few quirks to it as well. Such as, when faced with opponents, the Fidough will want to scare them away, in which case it puffs out its body to appear larger as a scare tactic. This puppy is a Fairy type which is also rather interesting to see. In closing, Fidough is a Pokemon you’d love to take home. You make it one of the most satisfying and lovable designs in Pokemon Scarlet & Violet. This means this puppy will probably be in high demand with players soon. 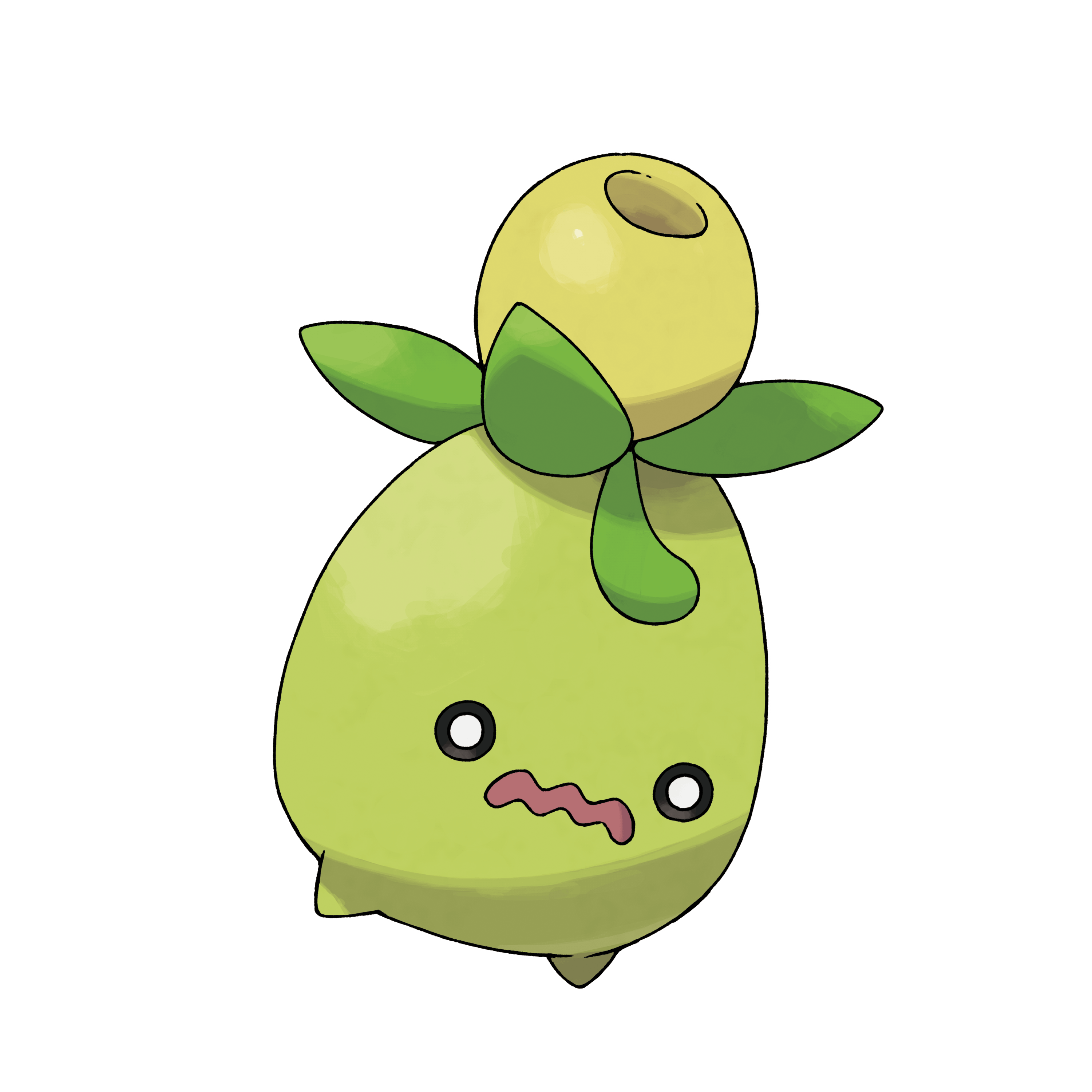 Smoliv is a small olive Pokemon that has an incredibly cute design. This Pokemon is used by one of the player’s companions within the game Nemona. This tiny little online Pokemon has a really scared look on its face, making it adorably anxious. An interesting fact about this olive is that the oils are stored in the fruit on its head. Like many other plants, this creature gains its nutrients through the power of photosynthesis. However, this Pokemon can do an outstanding job at surviving without sustenance, as it can last up to a week without food or water.

It tends to prefer sunny climates, which makes areas where the sun is out more ideal for this adorable olive. While it may appear useful at first, the oil that is stored inside Smoliv is incredibly bitter and not fit for consumption. Often, this is used as a defense mechanism to deter enemies. While this Pokemon may not have the flashiest design, it is absolutely memorable and appears to be a great entry into the Pokemon ranks. Altogether, Smoliv is a Pokemon that may not be everyone’s first pick, but they have quite the adorable anxious nature going for them, which makes them appealing. 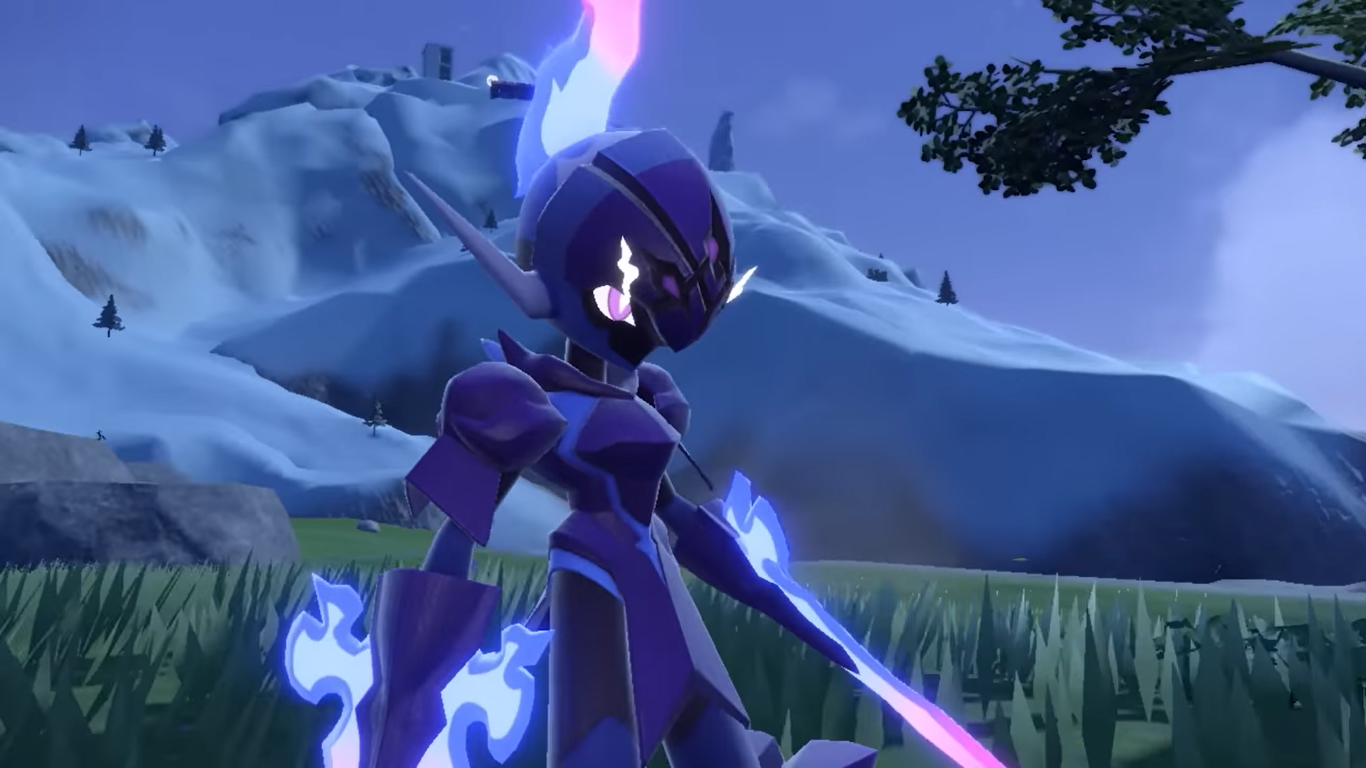 Ceruledge is a Pokemon that is exclusive to Pokemon Violet. This knight Pokemon appears to be very aesthetically cool looking, with many different flairs to its design that make it appealing. For starters, the addition of fire around this Pokemon automatically makes it really cool to start off with. This Pokemon also packs great swords, which are very cool looking and appear very powerful. These weapons appear to be made out of spectral energy and fire, which automatically makes them more remarkable.

If a player or Pokemon is unlucky enough to get sliced by one of these blades, they will begin to drain their life energy. This is a terrifying aspect of Ceruledge, seeing that its battle methods are brutally efficient. Unfortunately, this Pokemon also appears to care little about the rules of war, as if given the advantage, this Pokemon will use any methods necessary to accomplish its goal. For example, it isn’t above sneaking an enemy while they are unaware and attacking. As if all this was not cool enough, this Pokemon  also stores the bitter regrets of its enemies into its blade and uses them in an ability called Bitter Blade. In closing, this Pokemon has one of the best designs we have seen in a Pokemon game for quite some time.

So, what’s your take on our picks for the 5 Best Pokemon Designs in Scarlet and Violet? Let us know over on our socials here or down in the comments below.