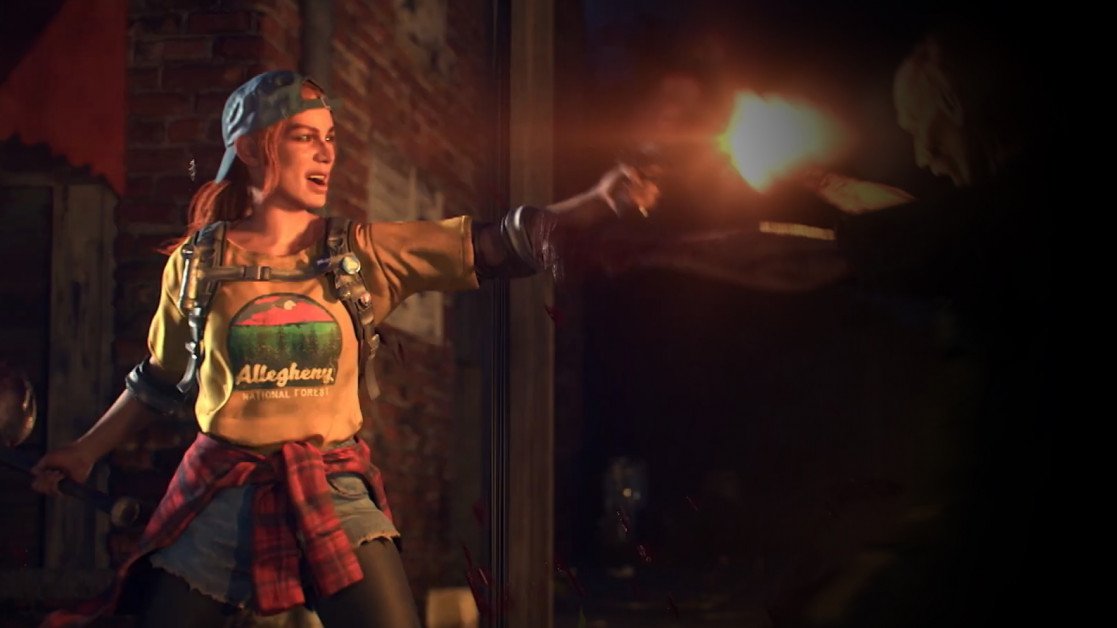 We’ll just go ahead and call Back 4 Blood for what it is. It’s Left 4 Dead 3, only with far superior visuals and a major character overhaul. It’s a glossy repackage of Turtle Rock Studios’ finest two-piece banquet, but with a few added sprinkles to help conquer the hunger for flesh and 4x4s. Do we feel ripped off because of this? Of course not. If anything, we embrace it. Who cares if it isn’t marketed as the long-awaited third installment? The fact is, we know exactly what it aims to be, and we’re, you know, fine with that.

Now that a few months have passed since its launch, it means the majority of us have had the chance to sink teeth into its four gory acts of bloodshed and brutality. And so, it feels right that we start stacking the chapters up by popularity. So, here are, in our opinion, the five best (and possibly toughest) missions in Back 4 Blood, ranked. 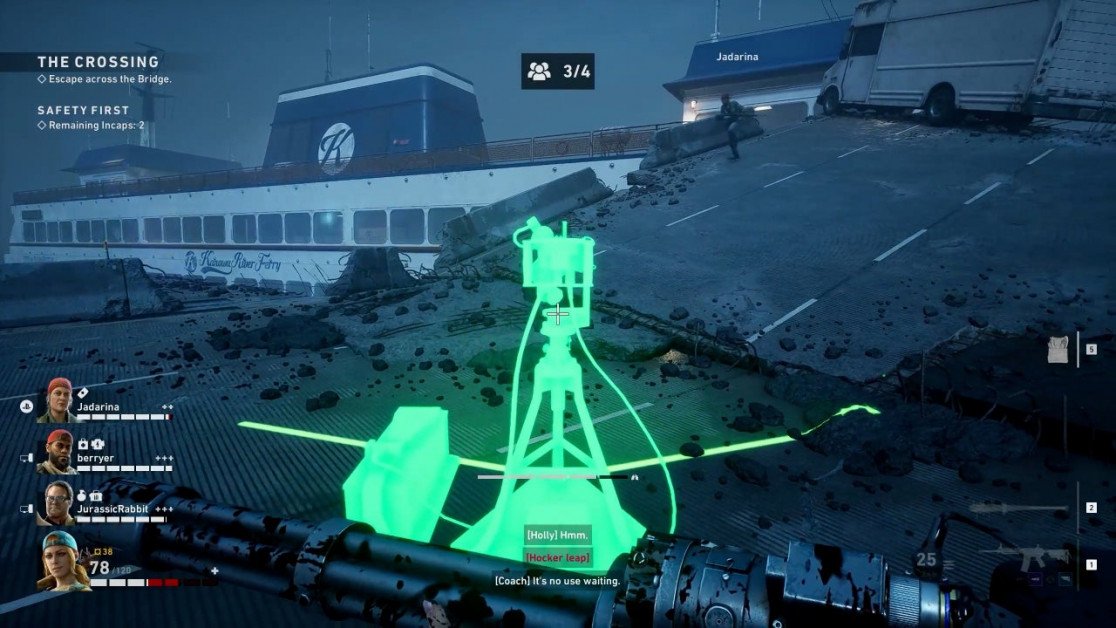 As much as I’d like to say I felt a hand course me through The Crossing to help ease me into the second Act, I’d actually be lying. The truth is, I must have died a good four times trying to rig that boat up to blow while being torn piece by piece by every enemy type known to the series. Did I have much help along the way? No, I was stupid enough to play it offline, meaning I was the brunt of the joke while my teammates sat contently behind reinforced barriers shouting unjust comments from the safety of cover fire.

True to the Left 4 Dead formula, The Crossing pits you and your crew against endless waves of zombies as you’re lumbered with doing some ludicrous task that will more than likely end in someone, or most of you, dying a very painful death. Rig a boat full of explosives, and get out before it blows. Oh, but you have to get it done with a good thousand zombies gnawing at your ankles, of course. Fair? Of course not, it’s Back 4 Blood. 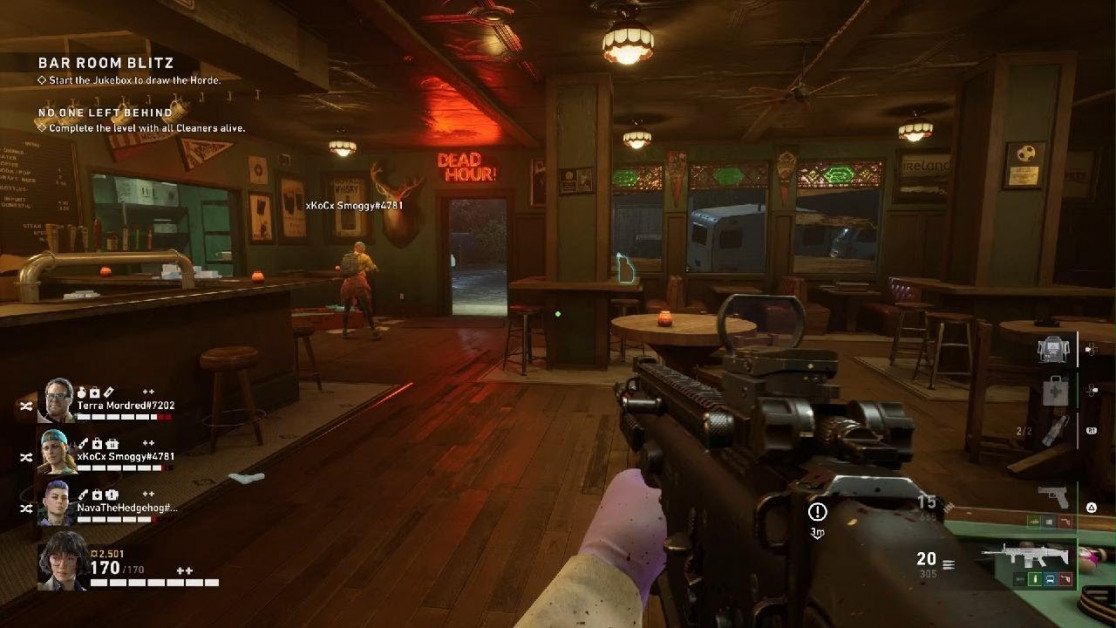 Somewhere during the development phase, Turtle Rock Studios made this crazy decision to mesh the British comedy Shaun of the Dead with a shred of Resident Evil Outbreak gameplay. By putting you and your crew in a bar with a mountain of flesh-deprived corpses bursting through the seams, you can probably understand where the references stemmed from. Guilty? Yes. Acquited of all charges? You bet.

Bar Room Blitz was an absolute blast to play, as well as a well needed breath of fresh air. Sure, it was compact and tough in some places, but it was also incredibly well designed and one of the most memorable segments in the entire campaign. Playing alone might not have been the best way to experience happy hour, but with friends — it could’ve been made into an all-night bender, afterparty and all. 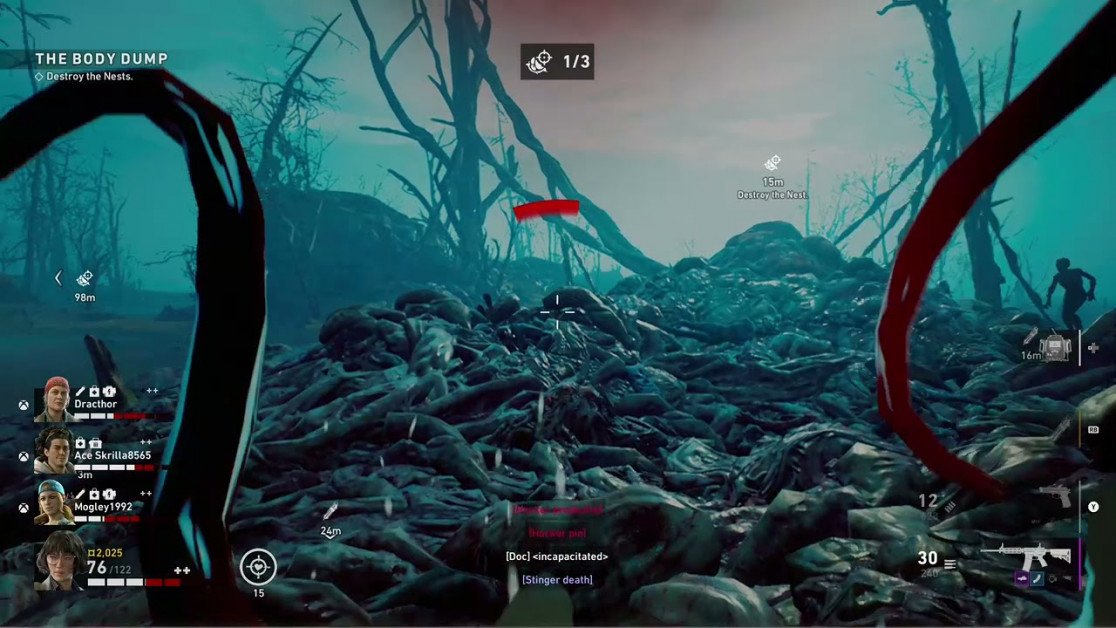 There’s nothing worse than stumbling upon a graveyard full of mangled corpses, is there? Good thing it’s not a zombie game, otherwise you’d be in real trouble. Oh, but wait — it is a zombie game, and those corpses, yeah, they’re pretty set on making a comeback after their long and gruelling slumber. But it could be worse. You could have to fend the lot of them off in a last-ditch effort for survival. Oh, wait, that’s also a thing.

No matter the difficulty setting you select for The Body Dump, you’re probably going to run into a few tough spots, which can be made even harder if just one of your teammates is a poor shot and lacks any sense of direction. No pressure or anything. It’s just that, without a solid team, you’ll probably end up joining the waves of dead that populate the wasteland before dawn even arrives. Again, no pressure. 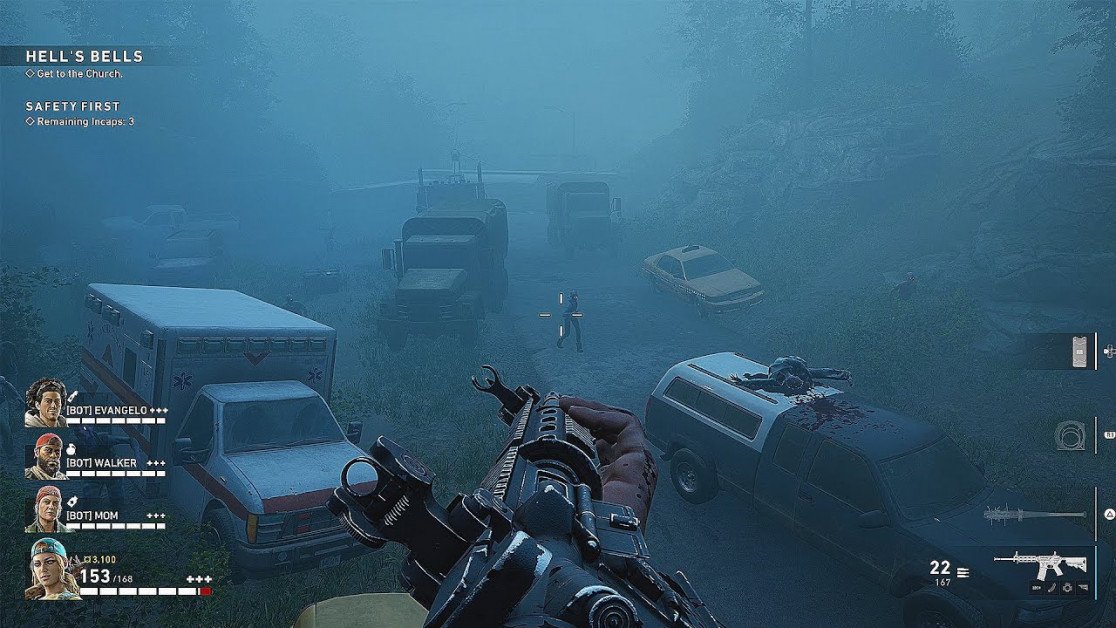 For the life of me, I can’t recall the number of times I said “it’s like Silent Hill around here” during my first slump through Hell’s Bells. But that deep connection with the Silent Hill universe was partly the reason why I enjoyed tiptoeing through Back 4 Blood‘s watered-down version so much. It was reminiscent of all the times I skipped around Pyramid Head in some run-down graveyard on the back end of town somewhere. What more could I want?

Hell’s Bells contained all the raw materials to craft a well-rounded horror game. It was a far cry from the likes of Bar Room Blitz, but it was proud to be exactly that. Sifting through its eerie passages and wading through layers of fog on a bullet-riddled free-for-all was one heck of a ride. The only downside was, well — it could have been longer. Like, a full 83 minutes longer. 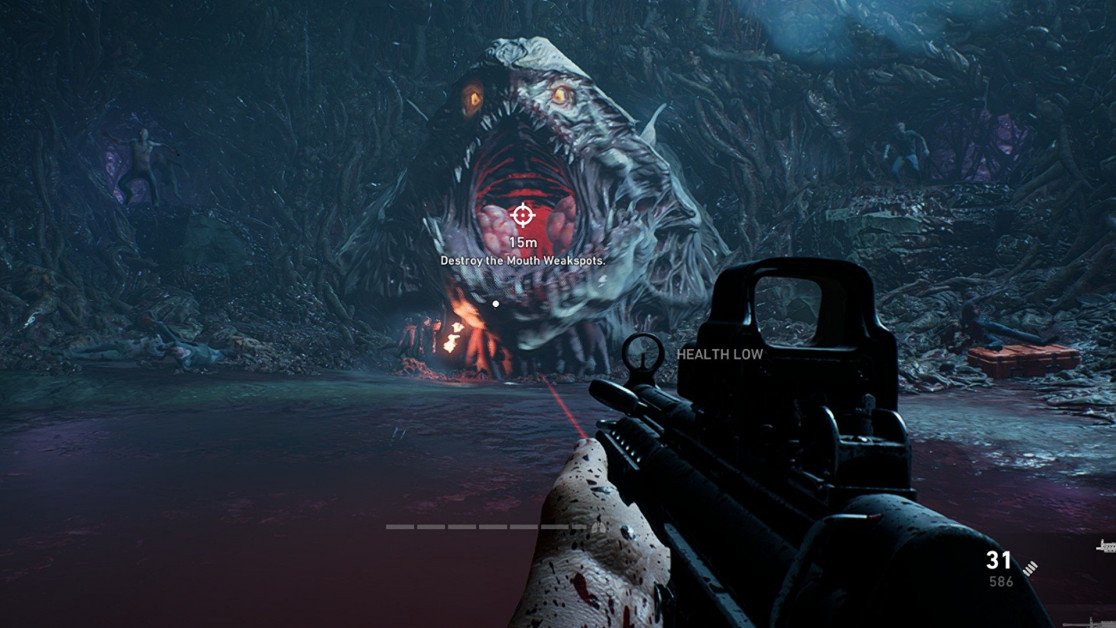 It all has to end somewhere, right? What video game would be complete without a stupidly tough boss battle blocking the road to recovering the bits of shrapnel that is humanity? That obstacle, unfortunately, comes in the form of The Abomination, a cluster of tentacles that possess the power to annihilate anyone that dares to come within twenty yards of their pincers.

Unfortunately, being the final phase of the campaign, it does mean you’re going to need a close-knit group of people that know there way around an arsenal. Lose a member, and you’ll struggle to revive them and course them to victory. So, knuckle up and recruit your finest allies. The Abomination, unfortunately, lives up to its name, and then some.

So, what’s your take? Do you agree with our top five Back 4 Blood missions? Let us know over on our socials here or down in the comments below.