5 Games You Should Play Before Redfall - Gaming.net 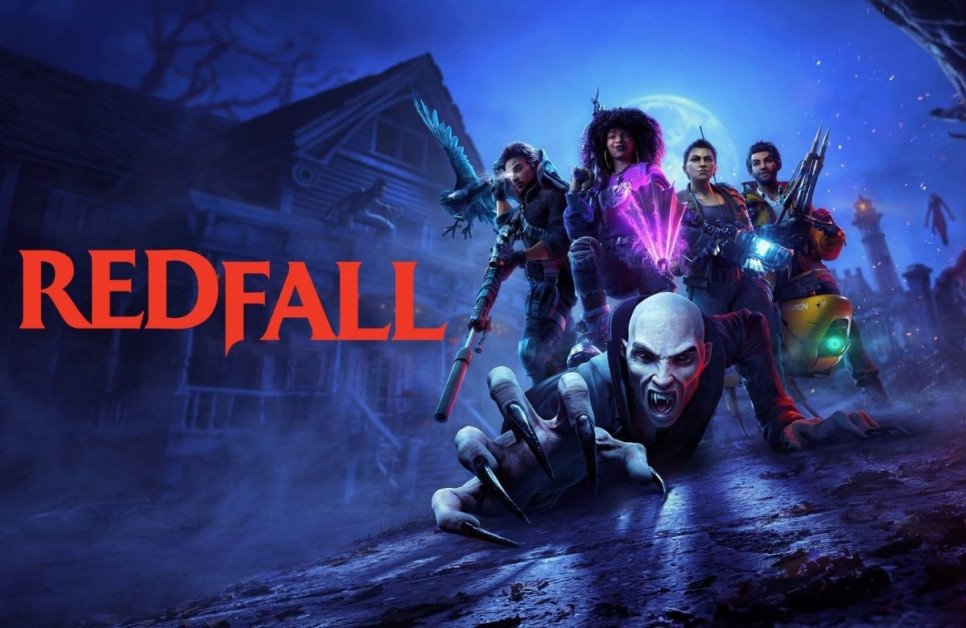 If you’re like most gamers, you’re eagerly awaiting Redfall.  Since the first announcement of the mysterious vampire-slaying co-op game, fans can’t wait to sink their teeth into the co-op action Xbox exclusive (sorry PS5 fans!). And while summer gets closer and closer each day, we thought it nice to have similar games that can help pass the time.

Of course, we’re considering the uniqueness Redfall brings to the table, including the genre and co-op FPS gameplay that seems to get more popular with the release of newer games. But in the meantime, here are five games you should play before Redfall comes out. So put away your controller and get ready for some serious gaming!

Fans of Redfall and general first-person shooter co-op gameplay will enjoy playing Left 4 Dead. Developed by Valve Corporation, the survival horror game takes players in a zombie apocalypse setting where you can play solo or jump in with friends, family, or gamers online. Filled with excitement over navigating a cinematic zombie world, you and up to three survivors fight it out through the undead horde and, well, try not to die. But even if you dislike zombies, you’ll likely find the game satisfying to play as it doesn’t shy away from delivering a pretty cool gameplay experience.

Additionally, Valve innovatively pioneered the co-op action-packed open-world game more than a decade ago to much success. To date, players take on the game fighting against advanced AI, or rather, other players who offer interactive gameplay experiences. You’ll also find support from a broad community which is highly welcome when team effort pays up more than fighting off hordes alone. You can jump into the fun on PC or Xbox platforms and get to explore the Deep South world sprawling with not-so-friendly zombies.

Alternatively, Deathloop is another excellent go-to first-person shooter game to get your hands on. The game shares the same developer as Redfall (Arkane Studios) and thus some similarities to prepare you for the upcoming vampire-slaying title. Players seeking amazing fast-paced adventures with unique time loops will have loads of fun playing Deathloop. Before Redfall, Deathloop was arguably the best game from Arkane. It still could be the best one once we’ve given Redfall worthwhile playtime in the summer.

Among its perks is incorporating increasingly challenging puzzle games. You’ll play as Colt, who wakes up in a time loop. He then strives to break the loop and escape, but first, he must fight it out with eight murderous villains before the end of the day when the time loop resets. You could always explore other districts where you’ll move forward to the next day; however, gameplay in one district will have a time loop where time stands still. There’s no rush, though, as the settings are fascinatingly complex, as is expected with Arkane, so you could always take all the time you need. If you’d like to play the villain, you could take on Julianna’s role; a vicious young woman determined to ruin Colt’s plans. Quite remarkably, switching from the two characters makes the game such a joy to switch things up.

In case you’re looking for a modern co-op FPS game with the same thrill as Left 4 Dead, you may find Back 4 Blood a significant boost. Created by Left 4 Dead’s developers, Turtle Rock Studios, on the Unreal Engine 4, this multiplayer FPS game is a similarly bloody, light-hearted game to usher in Redfall.

The game’s gunplay is top-notch, scratching the itch for an exquisitely designed run-and-gun co-op game. It’s set in endless looter-shooter themes, with difficulty levels you can progress in with time. It also incorporates seas of the undead, and your role is to survive through the post-apocalyptic world.

On the downside, the storyline is not the most genius one out there. Mostly, you’ll find yourself shooting off zombies solo or in a team of up to four players for no good reason except to survive. But it’s all the justification you’ll need – to simply kill or be killed. This take on storylines makes the game oddly fun and lighthearted, where despite the impending doom, the game finds room to crack jokes and uphold a silly, upbeat vibe.

Fans of The Witcher know the series to be one of the best fast-paced third-person action RPG monster-slaying games out there. It uses a mature, non-linear mode to bring out the captivating vast open-world adventures of The Witcher, a monster slayer for hire. There are three games in the series so far, with each new game featuring constant advancements to modern RPG standards.

The Witcher 3: Wild Hunt – Blood and Wine, in particular, is an expansion pack to the third title available on Switch, Xbox, PS4, PC, and PS5 platforms. It’s critically acclaimed as a brilliant ending to the Witcher series mainly for its captivating, well-told storyline. With increasing build-ups in a series of local short story modes, the final Wild Hunt quest lands a greater impact on the escalated threat at hand.

You could always pick up from earlier releases; however, the series’ gameplay is nothing new, only innovated to suit modern gameplay. So if you’d like to switch things up to an open-world third-person genre, this game is for you.

The Last of Us - Story Trailer

Now, lets look at our top pick of the games you should play before Redfall.

Great action-adventure games have a way of reeling you in. With captivating stories and gameplay mechanics to match, you’ll have a worthwhile experience to fill in the waiting time for Redfall. So if you’re into the action-adventure genre, top spot games you should play like Redfall goes to Sony’s The Last of Us series.

The series revolves around Joel, a smuggler who must protect a teenage girl traveling across a post-apocalyptic world. This game has plenty to applaud as it tactfully intertwines captivating, cinematic storylines, satisfying choice-based gameplay, and compelling visuals. The tension and heart-pacing moments keep you on your toes, and the mature scripting delivers a purposeful game to play.

Overall, if not for past-times sake, The Last of Us is a series that uniquely explores being alive in an unusually starkly way, enough to justify the hours of playtime.

So what’s your take? Do you agree with these five games you should play before Redfall? Do let us know in our socials here or the comments below.

Looking for more content? You could always check out these other posts.

5 Best Games Based on DC Comics

Games on Steam: A Descent Into Madness

5 Best Games Based on DC Comics