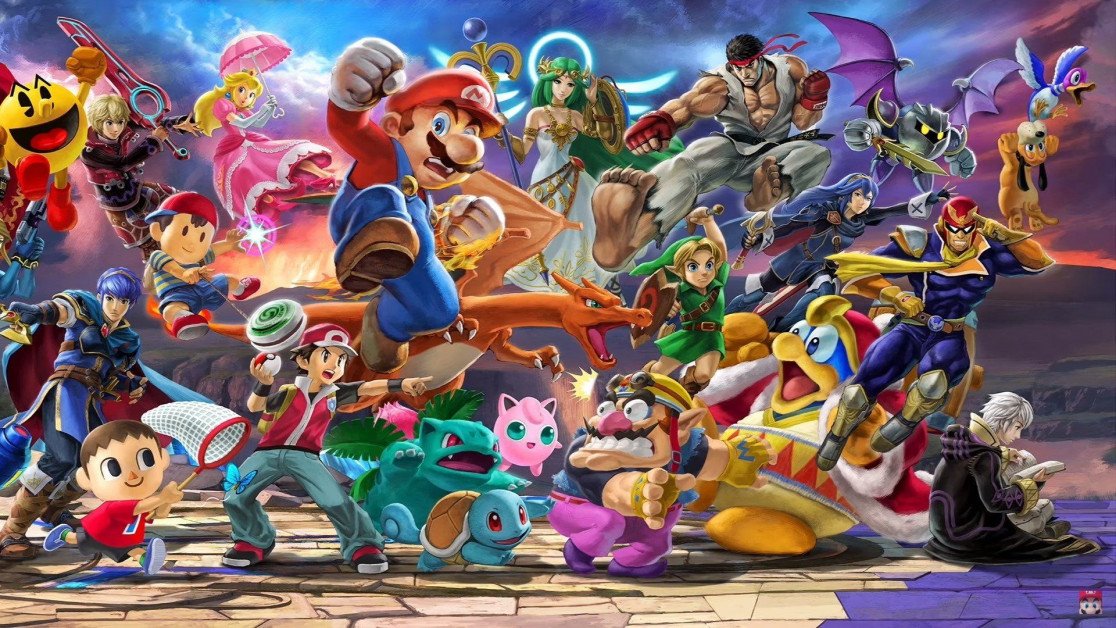 A party just isn’t a party without Super Smash Bros., especially if said party is formed for the sake of playing multilayer games. Because let’s face it, there ain’t no greater all-rounder than the Nintendo smash hit. This has pretty much been the case ever since the late ’90s, a time when friendship groups would gather to battle it out for the throne over a series of beat ’em up bouts and battle royale bonanzas.

Of course, Super Smash has evolved quite a few times since its 1991 inception, and Nintendo hasn’t exactly held off on pouring content into it, either. As a result, the finely tuned franchise has become one of the most popular in the multiplayer world, and it’s highly unlikely its creators will be weaning off the platform anytime soon, either. But that’s just one faction in a pool of a thousand or more. And as for the greatest series that match Super Smash Bros.—only few have come close. A few, perhaps, like these five well-known titles.

Taking a heavy pinch of inspiration from the Super Smash Bros. kingdom, Nickelodeon All-Stars Brawl springs to life as a watered-down version of the universally acclaimed fighting series. The only major difference you’ll find here is, well—SpongeBob heads the Nick roster. But other than that, All-Stars Brawl is your bread and butter beat ’em up, complete with a healthy selection of modes, combos, and characters.

Of course, the go-to mode for any fighting fan is Battle, a championship season that allows up to four players to enrol in a selection of battles and sports. With a nexus of instantly recognizable stages and cross-platform heroes and villains, the 2021 chapter bolts to the top of the food chain as one of the most accessible and addictive titles from the last two years.

Gang Beasts probably won’t be winning any BAFTAs for Best Game anytime soon, but it’ll definitely keep ahold of its loyal player base so long as its devs keep funneling a significant amount of updates into it. But don’t let that put you off, because the matter of fact is, Gang Beasts is a pretty awesome game—and an even better one when you’re with a group of friends.

The idea is relatively simple: slam the bumpers and activate your jellylike arms. Then it’s basically your run-of-the-mill free-for-all, where the only victor comes from beating the other opponents into oblivion. Hurl them from a construction site roof for all it matters—so long as you wind up being the last one standing on a pool of rubbery ashes.

If you’ve ever wanted to see Kratos and PaRappa the Rapper thrash it out for a good old fashioned virtual crown, then you’re in luck. PlayStation All-Stars Battle Royale can bring that very fantasy to life, though it does come at a minor cost. A cost, as in, you’ll have to dig out a PlayStation 3 to play it. Or, failing that, then a PlayStation Vita.

The formula doesn’t really deviate all that much from the Super Smash Bros. one here, other than the fact the former opts for PlayStation heroes as opposed to Nintendo ones. Besides that, there are orbs, brawls, and a whole lot of friendly (and not-so friendly) shenanigans between competitors. Just what the doctor ordered.

Bomberman has been a popular choice for multiplayer fans for a good three decades, with entries punching way back to 1983 on MSX. Since then, the explosive saga has only continued to broaden its horizons, using new tools and techniques to alter its signature arena style.

While it’s not strictly fighting as such, it is a hot point for multiplayer lovers. And for those who enjoy spraying bombs left, right and center for the sake of blowing up your closest friends, then it’s a real go-getter. Gameplay-wise, it isn’t overly complex. But then, neither is Super Smash Bros.. And so, when put together, it’s like two peas in a pod.

There’s nothing quite like a free fighting game to quench the thirst. The fact it punches on a similar level as Super Smash Bros. is merely the frosting on the cake. And hey, cross-platform is always an added bonus—especially when the player base is as large as it is loyal. Brawhalla, in this case, ticks all of the above boxes.

As of 2022, Brawhalla has a total 55 characters in its roster, each coming with a unique set of skills, cosmetic skins, and loadout. Combined with its familiar combat system that sees players hurling one another off of platforms, the free-to-play title bursts to life as a 2D clone that possesses all the charming qualities that make its biggest influence a top contender.

5 Funniest Video Games Ever Made