Developers Carbon Studios, the team behind Wizards and Alice VR, have announced that they will be making a new made-for-VR game based on the Warhammer franchise. The game will be called  Warhammer Age of Sigmar: Tempestfall and has been slated to be released sometime in 2021 for PC VR and Oculus Quest.

In Tempestfall, players will take on the role of Lord Arcanum, a magic-wielding warrior leading a task force known as the Stormcast Eternals. Together they shall fight off the forces of the ghostly Nighthaunt as they aim to recover the lost souls of their brethren in the realms of Shyish. The studio has stated the game will include a full story campaign set in the realm of Shyish after the Necroquake.

Similar to Carbon Studios’ previous titles, players will be using motion-based abilities and magic as well as melee combat to deal with the Nighthaunt. “Casting spells with specific hand movements felt natural, and we’re happy to say it will return in Tempestfall, albeit in a slightly different form,” Carbon’s Piotr Gala told in a statement to UploadVR. “This time we’re going to wield some very powerful weapons, blessed by Sigmar himself.” 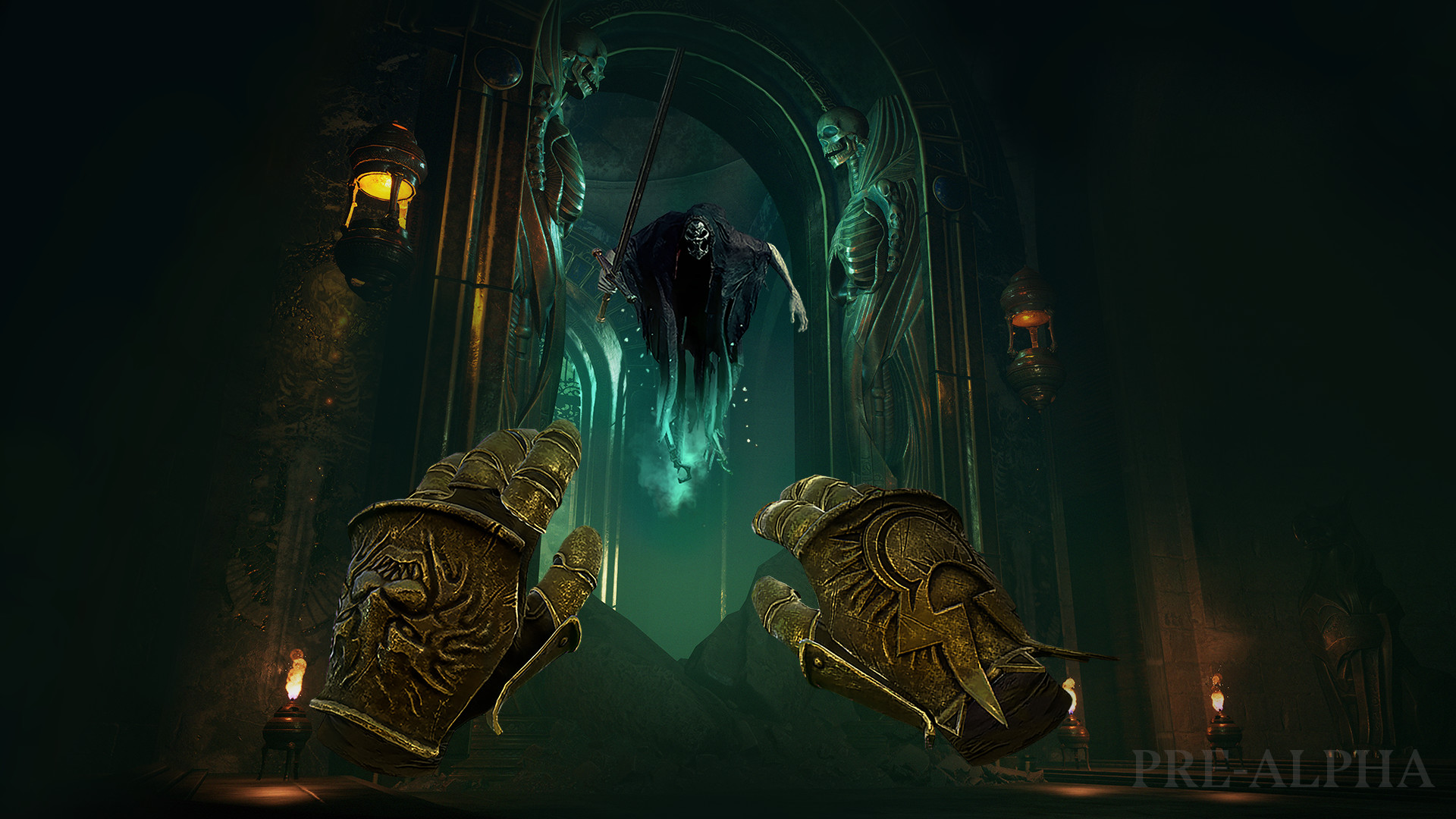 While there will be more information on Tempestfall, this is not the only game in the Warhammer universe to be released for VR. During the Facebook Connect, studio Pixel Toys, who had previously worked on Warhammer titles like Warhammer 40,000: Freeblade and Warhammer Age of Sigmar: Realm War, announced they were releasing Warhammer 40k: Battle Sister as an Oculus Quest and Quest 2 exclusive.

“I think it’s fantastic that both Warhammer Age of Sigmar and Warhammer 40,000 are finally coming to VR,” Gala said speaking of the two games. “These universes are incredibly rich in lore, diverse factions, awesome characters, and the tiniest of details making it all more believable. It’s peak power fantasy, and we get to bring it to VR, which is very exciting!”

Battle Sister is a first-person shooter in the Warhammer Universe where the players take the role of one of the Adepta Sororita, an all-female division of the Ecclesiarchy (the Imperium of Man’s state church).  Warhammer 40k: Battle Sister is set to be released on 12 November 2020 for the Oculus Quest and Quest 2.

Check In To A Wake Inn, A New Immersive VR Horror Game