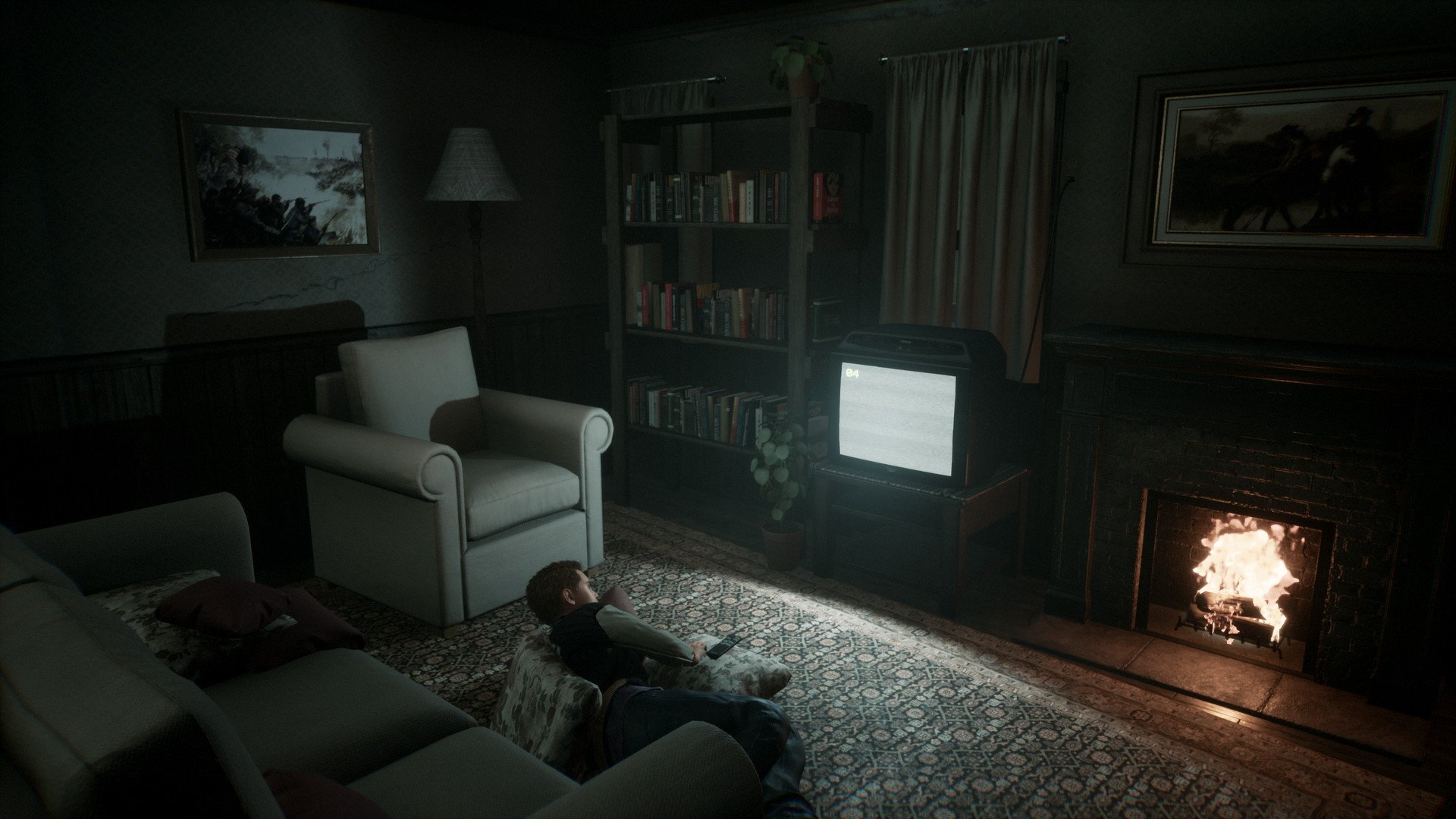 Only on rare occasions do you come across a good alien horror game. That’s the main reason we can’t wait for the upcoming sci-fi horror, Greyhill Incident. The game is a Refugium Games production and outlines classic alien references such as flying UFO saucers. It is also set in 1992, a not-so-technologically evolved era. Therefore, all current technologies are off the table for the residents of Greyhill facing the alien threat.

They must take matters into their own hands since the authorities will not believe their bizarre abduction stories. You play as one of the residents and have to use all the available tools to defend against the attacks. The game is accessible on PC via Steam; however, those who are interested in playing on a console may have to wait until 2023. In the meantime, you can play similar games as you wait for its release. Check out these five best sci-fi horror games like Greyhill Incident.

Let’s begin with an insane survival horror game known as The Persistence. A dark sci-fi adventure that you can also access through VR for the complete horrid experience. Here, you will need all the tools you’ve got to survive the doomed starship colony you board. You play a clone of a guard named Zimri, and as the last survivor on the ship, you need to find a way to get it back to Earth.

Now overrun by hostile monsters, the ship is no longer safe to roam freely. You must fight your way through these creatures to get to your target areas. For this, you need to upgrade your skills as well as your armory with the best weapons. If you die, Zimri’s consciousness uploads to the next available clone, who will attempt to surpass where you previously failed. The Persistence is one of the most thrilling additions on the list of best sci-fi horror games like Greyhill Incident.

They Are Here is another horror sci-fi based in a small town. You play a journalist who, after witnessing an alien abduction at Grayswood farm, sets out to seek answers. Explore the areas where suspected alien activities may be taking place and get to the bottom of the story. To prove your findings, you will need evidence; that’s why you must take photos of strange observations. Interact with the Grayswood Farm owners, the Shermans, who also have witnessed peculiar alien activities. This has happened for five nights already and it always seems to have an effect on the farm animals.

Most are doubtful of the Sherman accounts; therefore, you must obtain a clear story to formulate a report for the local newspaper. Is there a real invasion, or is it an attention-seeking attempt by the Shermans? Find out by solving the puzzles laid before you. Some of the evidence you need may be hidden within the Sherman family records. They Are Here is an intriguing horror with an even more fascinating story to decipher.

Despite being a sci-fi puzzle game, The Subject is still a pretty thrilling adventure. Making it one of the best games like Greyhill Incident on the list. The game’s design features the 80s sci-fi visual elements as well as various blight aspects. In The Subject, you play the prisoner patient of a test a mysterious company is trying to conduct. Hence, you find yourself in a puzzling facility after being black-bagged and taken there without notice. Since your life depends on the successful accomplishment of these tests, you need to move in haste.

Make sure to go through each level to collect the necessary equipment for the tests. The whole place is more like a maze lurking with mysterious creatures. As the sole target for the vicious beings residing in this dilemma, you must try your best to hide or outrun them. All this while working to complete your objectives. Those who like solving logic puzzles amid life-threatening situations may enjoy playing The Subject.

Moving on to a sci-fi thriller that accommodates both sandbox and horror game fans, we have Red Frontier 2. From human-sized centipedes to vicious giant snakes, this game will have you constantly striving to survive. Your aim is to escape planet Gliese, which you fell into after a mission went wrong. Now you are stuck in this treacherous place where only monsters roam the surface. It’s up to you to find out what happened to the previous occupants of the planet, this way, you can understand how to prevail on this land.

Once you begin the main mission, you will have objectives to accomplish, all of which you can complete in any order. The open world is free to explore as long as you steer clear of alien threats. The gameplay involves stealth and strategic movement. You can also use the interactive environment to your advantage as you try to evade attacks. As you move, you may need to sort through your resources to decide what to carry with you and what to leave behind; a crucial choice that has significant effects throughout the game.

Another sci-fi thriller on the list with stealth elements set for a fast action experience is Prey. However, it is the only game that allows you to customize your playable character. Prey lets you slip into the shoes of Morgan Yu, the main protagonist, on a space station. The station carries various vicious alien life forms known as the Typhon. Morgan was meant to be a subject of a human experiment that would propel humanity’s survival forever. However, something went wrong along the way. Now you are stuck in this space station with aliens hunting you down after a breach.

The game is somewhat story-driven to the extent that some decisions you make affect some elements in the story. Stealth is a key element in outwitting your hostile pursuers. You still need the best weapons and resources to survive inside this station. You can use available blueprints to craft tools and gadgets that are useful for defense. Also, you can gain alien abilities that will enhance your chances of defeating these creatures that have now turned you and other survivors into their prey.

Which of the video games from the list the best sci-fi horror games like Greyhill Incident do you think is the best? Share your pick with us in the comments below or over on our socials here!

5 Clichés & Tropes Only Gamers Will Understand

5 Games You Should Play Before Atomic Heart