League of Legends (LoL) is one of the most popular games in the world. It has a wide range of possibilities between strategies and plans that can be put into practice. In fact, Riot Games‘ MOBA has more than 140 champions, with runes dependent on each specific scenario and extremely variable items. In addition, the game requires good general knowledge about routes, towers, skills and mechanics. With objectives involving Herald of the Valley, Dragon and Baron, as well as efficient control of gold and troops. So, check out tips and understand the operation behind LoL.

In general, League of Legends is a strategy game and its main mode is in Summoner’s Rift. In it, two teams with five champions each face each other to destroy each other’s base. The central objective involves getting to the Nexus, located at the beginning of the base of the blue and red sides. To advance, you need to gain space on the four existing routes: top, jungle, middle and bottom. As the names say, all have a route to be made, except for the jungle, which encompasses the area located between the other three routes and has no towers and inhibitors to be destroyed.

There are champions suitable for five types of role: top, hunter, middle, sniper and support. They all have a skill set that matches more with each given role. However, it is not a rule and can be used as you prefer, even if it is somewhat complicated. See below the most suitable champions for each route, as indicated by Riot Games.

Is on the top route of the map, considered the most isolated position in relation to the others. Therefore, the ideal is to use stout champions, which absorb and cause damage. In addition to being able to generate some group controls, such as slow, stun, snare, knock up and knock back.

Topo is the most isolated route in League of Legends. (Image: Riot Games)

It is part of the area composed of the other three routes. The person responsible for the region has the objective of slaughtering monsters included in the interior of the respective territory, in addition to achieving objectives such as Herald of the Valley, Dragon and Baron, and to perform ganks on the other routes in order to help teammates. 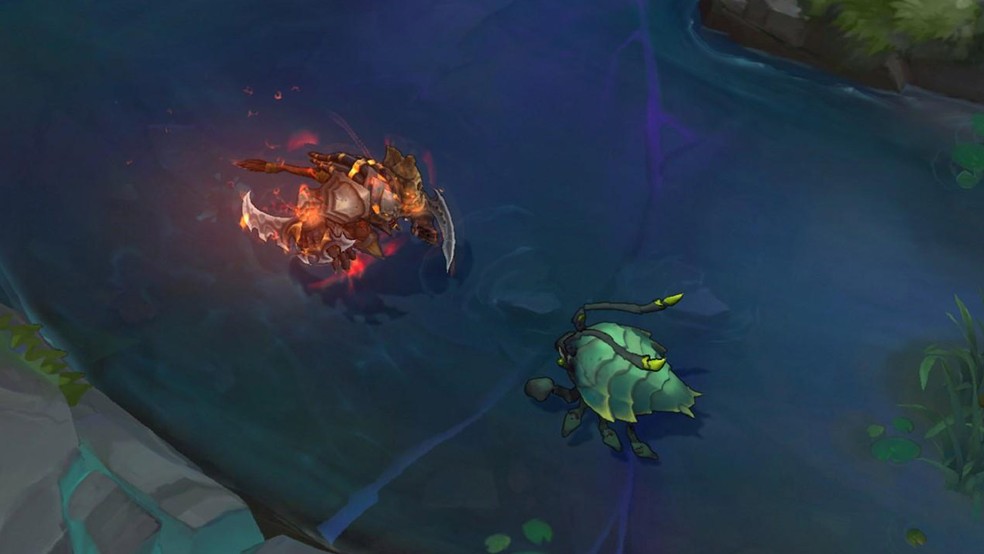 It involves the main area of the map, essential for rotating and making space in matches. Mostly, the champions destined for this route are focused on Ability Power or Attack Damage. With the ability to clear waves of troops through skills, which is their main source of damage. 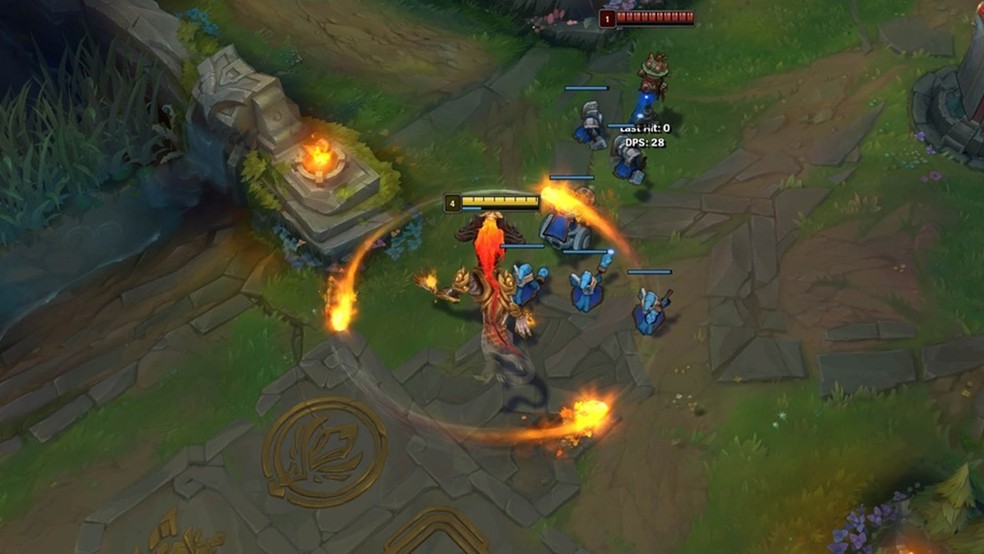 Middle is the main route of League of Legends. (Image: Riot Games)

Among the four routes, it is the only one that, on most occasions, contains two champions with well-defined characteristics. A sniper and a support. The first is in charge of killing as many troops as possible and causing continuous damage in the fights. The second has the function of protecting the first and his team itself. With their own skills for that. In addition, the support is responsible for controlling the view of the map. 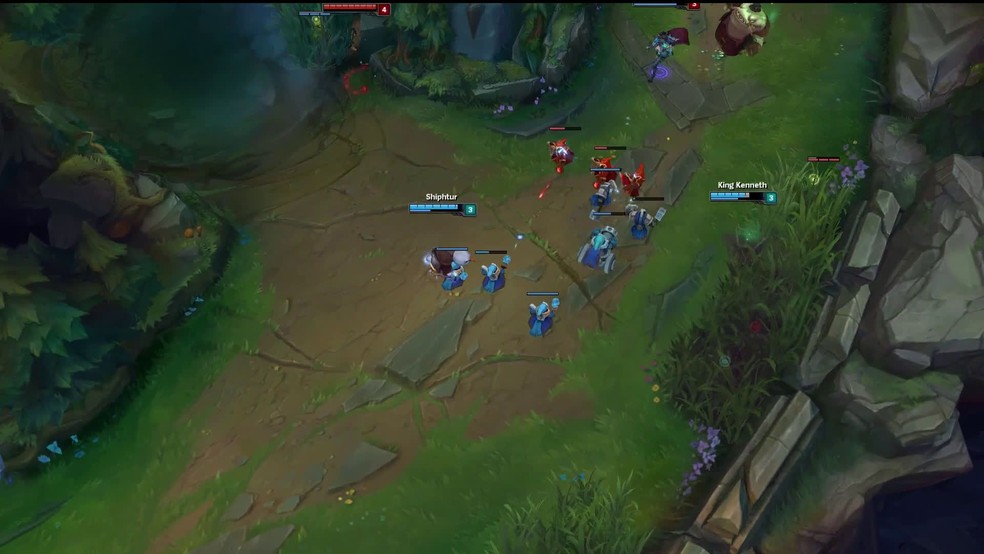 Bottom is usually occupied by a sniper and a support. (Image: Riot Games)

At first, however obvious and somewhat boring, playing against bots is essential. In order to understand the most fundamental concepts of general functioning. For this reason, the game itself offers the option of battling the “computer”. Although not mandatory, the method allows more time, in relation to matches with other players, to meet champions, items offered, locations and resources on the map. 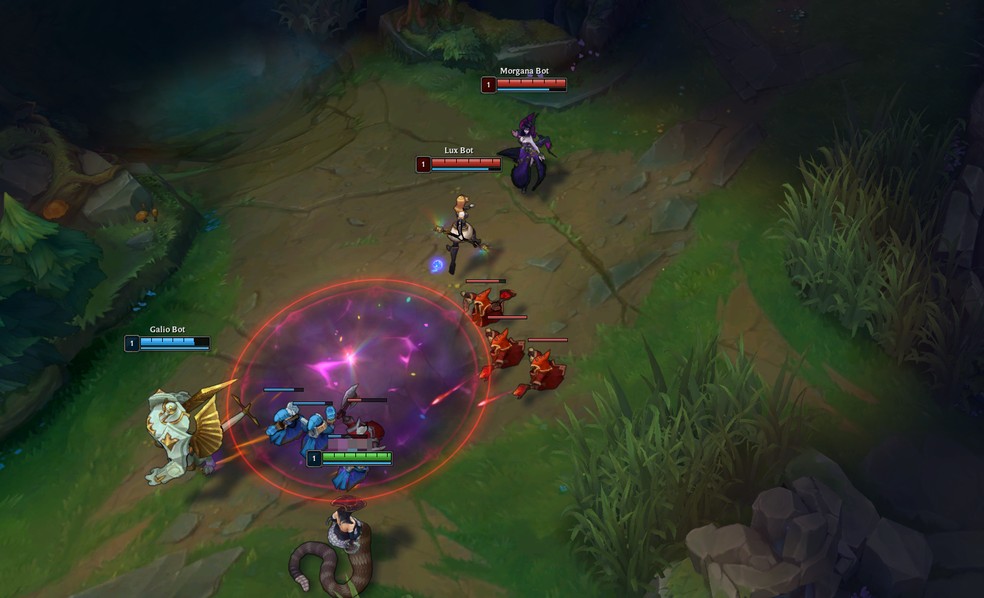 Playing against bots makes it possible to think and understand the mechanics of the game better. (Image: Riot Games)

Getting the most out of the champions

Having prior knowledge of a particular champion, both skills and passive and the damage itself, makes a total difference in League of Legends. So, initially, try to read and understand the skills and passives of only the characters you play. As there are more than 140 champions in the game, the general understanding will only happen over time.

So try to play as much as possible with the widest possible range of champions. Since you will be able to, in addition to improving mechanically, also gain insights that will certainly impact any situation.

Knowing how to formulate runes for each champion and items for each given situation is one of the most fundamental understandings of the game. It will be confusing at first, but try to read the description, meaning, bonuses and features calmly. It is also worth watching professional championships and accessing sites made available by the community to get a good sense of what to do and not to do. 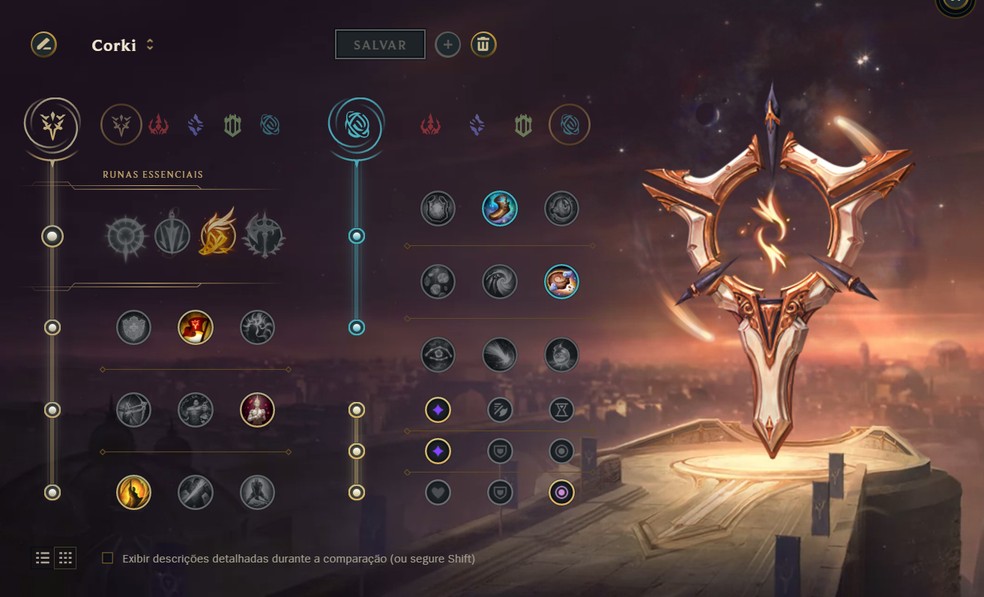 So, provide information and try to understand what the best players use for the champions. Despite being extremely situational and depending on specific scenarios. Like the variation for facing certain types of champions.

More valid for the top, middle and sniper functions. Farmar means slaughtering troops that are generated from the enemy base and make obtaining gold faster. To “farm” well, you need to carry out the last attack or skill that defeats a given troop.

The main tip is to stop attacking it as soon as its life is below half. At that point, stay tuned and attack only when you are sure the blow will kill you. Which will certainly make it easier to secure all possible troops. 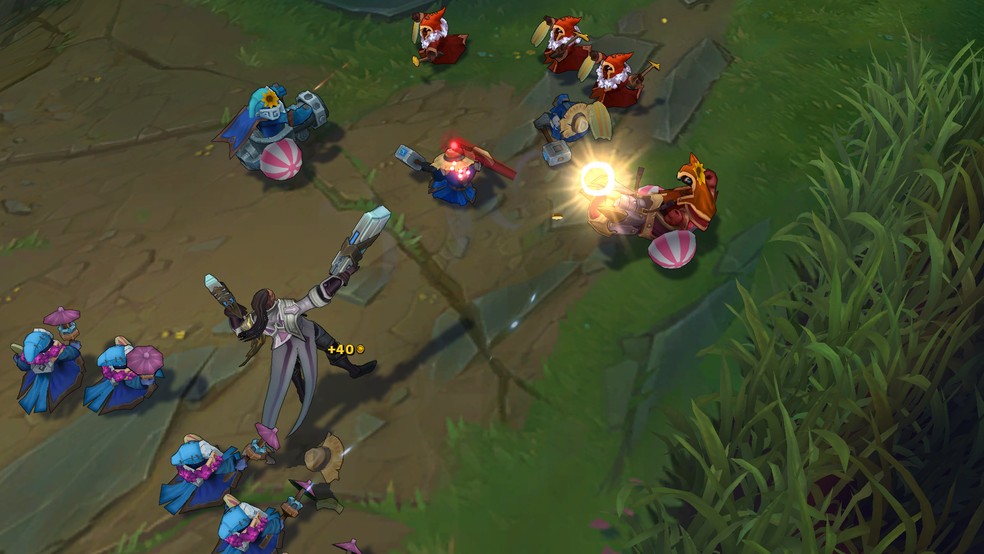 Knowing how to farm is essential for League of Legends. (Image: Riot Games)

How the Teams Were Approaching the Final of LoL World Championship