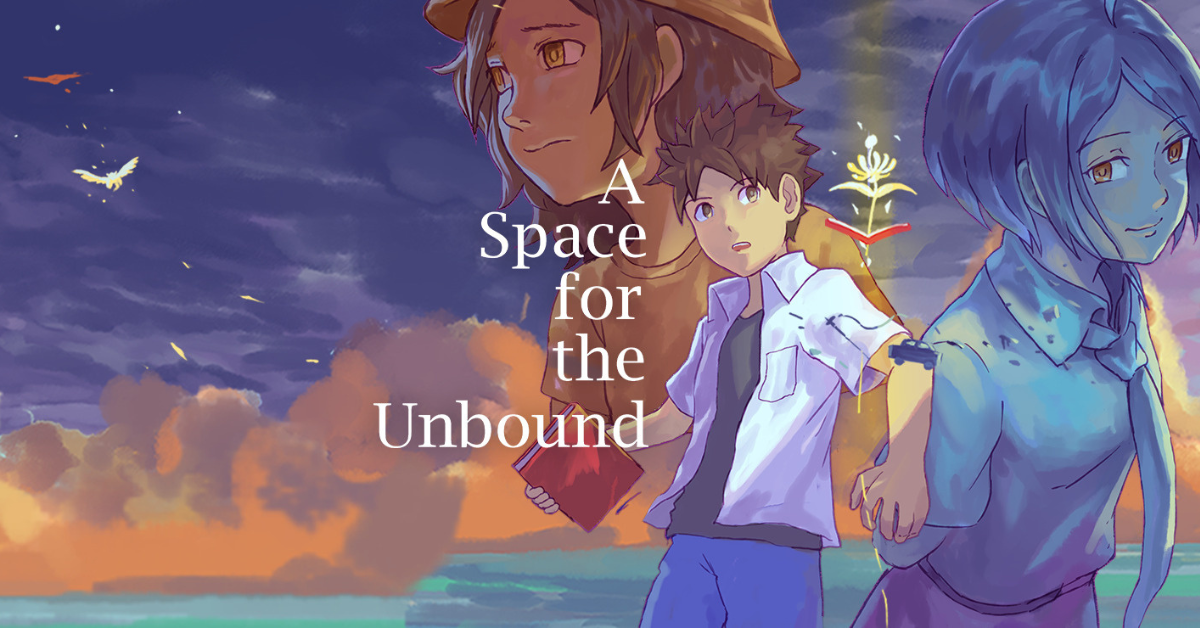 Don’t you just love video game names that live up to their tag name? A Space for the Unbound is truly a space set aside for the adventurers at heart. It’s a story about an Indonesian schoolboy called Atma and his girlfriend, Raya. Raya can bend reality to her will. Um, cool. The game’s atmosphere also stands out from the crowd. It’s the late ‘90s in Indonesia, specifically in a small rural town where Atma starts to embark on a journey filled with mystery and discovery.

The game as a whole is a fresh escape into a culture we rarely see in gaming. Even the developer of the game, Mojiken Studio, is Indonesian too. With the most stunning sprite art, we’ve seen in a while and the amount of work clearly put into character development, gorgeous backdrops, and serene sound design, there’s no debate about whether A Space for the Unbound achieves making its mark in history.

But if you’re still unconvinced, don’t worry. We’re taking a further deep dive into what there is to like, love, or hate in this A Space for the Unbound review so you know exactly where you stand before you buy or commit to a playthrough.

The Story is Where the Heart is

A Space For The Unbound - Announce Trailer | PS4

To kick things off, Mojiken decided to be unconventional and take us straight to the innocent never-hurt-anybody high school romance we all remember. You know. Back when you planned to skip town with your high school boyfriend, touring all states you’d never been to. Or even crazier, start backpacking abroad. Sounds so cool, right? Or at least it must have been back then before the reality of college and having a regular job kicked in.

But games are a form of escape, so why not take us back to that time when we didn’t have a care in the world? Atma and Raya are high schoolers in a small town in Indonesia. They reach that point where they realize they’re about to graduate when they truly haven’t had any real fun yet. So they come up with a bucket list. Genius. And skip class to check off all the items. Of course, it’s never that easy, and an adventure they’ll never forget lies eagerly in wait. 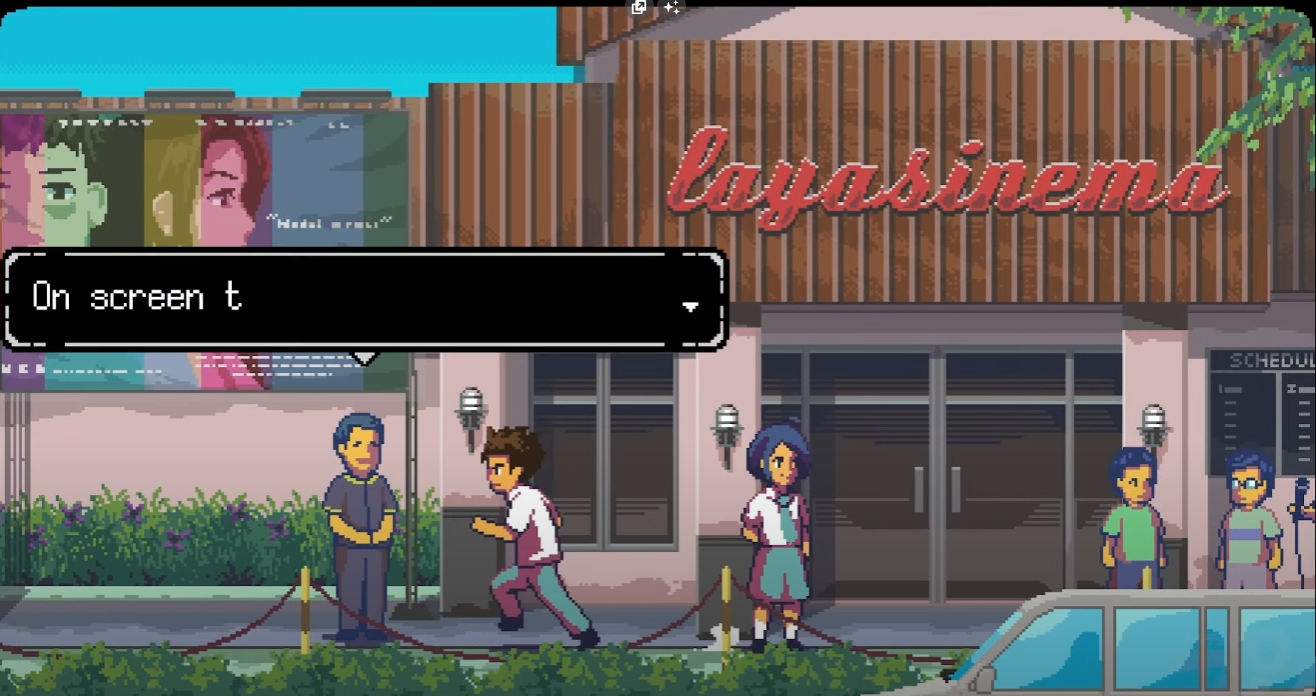 Video games allow us to come up with the wildest realities. Like, say, bestowing upon Raya the ability to bend reality. She can literally conjure up things from nothing. Even though the items on their bucket list are less ambitious romantic gestures, of course.

Like seeing a movie together. But the means to make that happen is what’s mind-blowing. Atma doesn’t have the money to buy two movie tickets. So Raya conjures up the reality of a buy-one-get-one-free offer at the movies. 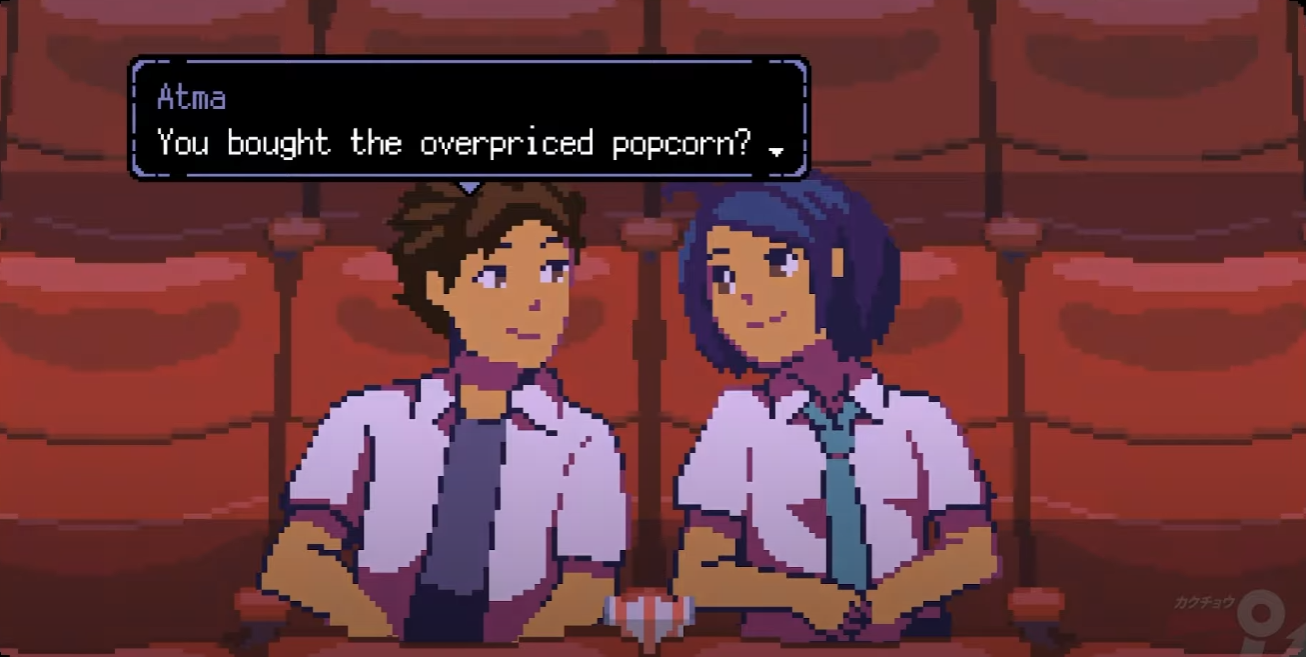 We don’t want Atma, the main protagonist, sitting silently like a duck. So, he too is bestowed with the power to read people’s minds. To do that, he uses a mystical red book that he uses to piggyback into the minds of others. What’s more? He has the power to use other people’s inner thoughts to manipulate their actions.

With Atma and Raya’s powers on lock, they go on their journey, innocently bending people and reality to their will. But even with their good intentions, such great power is prone to getting a little tricky to control.

A Little too Much Fun 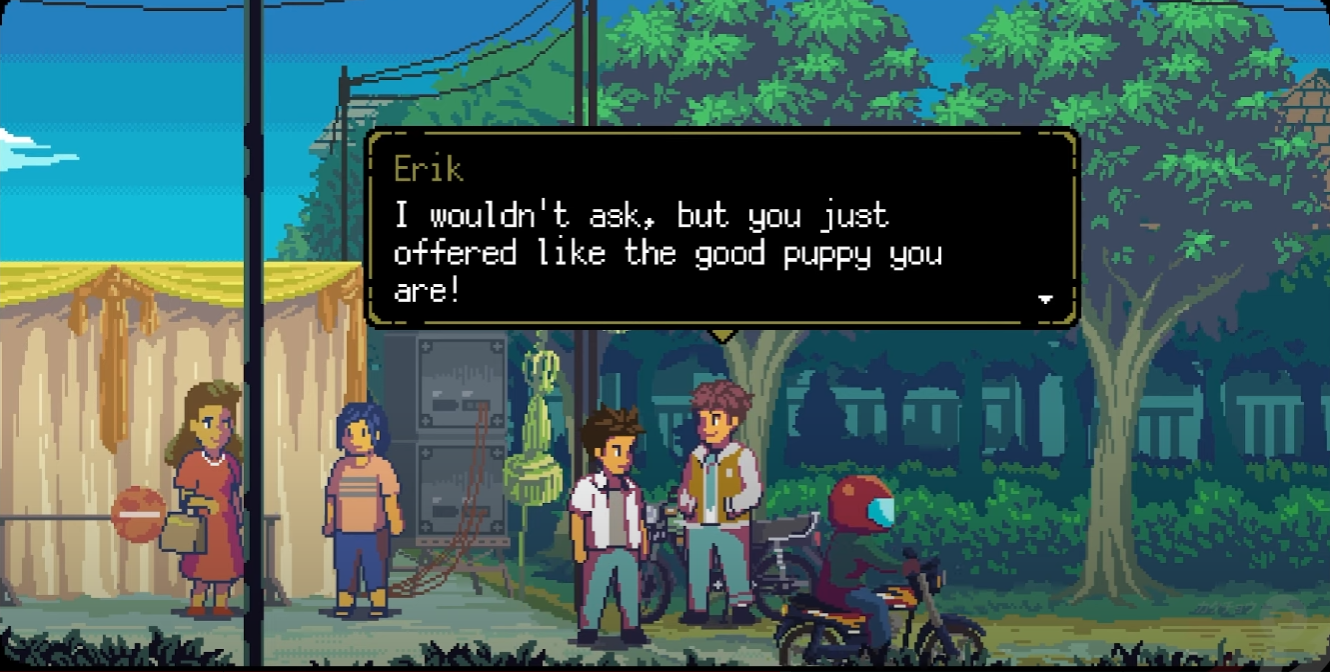 Atma and Raya’s adventure starts small, but soon, their psychic and reality-bending powers start to affect the outside world. While reading people’s inner thoughts and feelings, Atma finds people struggling with present-day issues like abuse, bullying, loss, and more.

He starts to spend much of his time helping alleviate their pain by finding key items around town or planning an event for them. Meanwhile, a crack in the sky appears that seems to grow bigger and bigger as the game goes on. With time, it becomes apparent that Atma and Raya’s little getaway and direct influence on reality will soon have gone too far.

The Outside Looking in 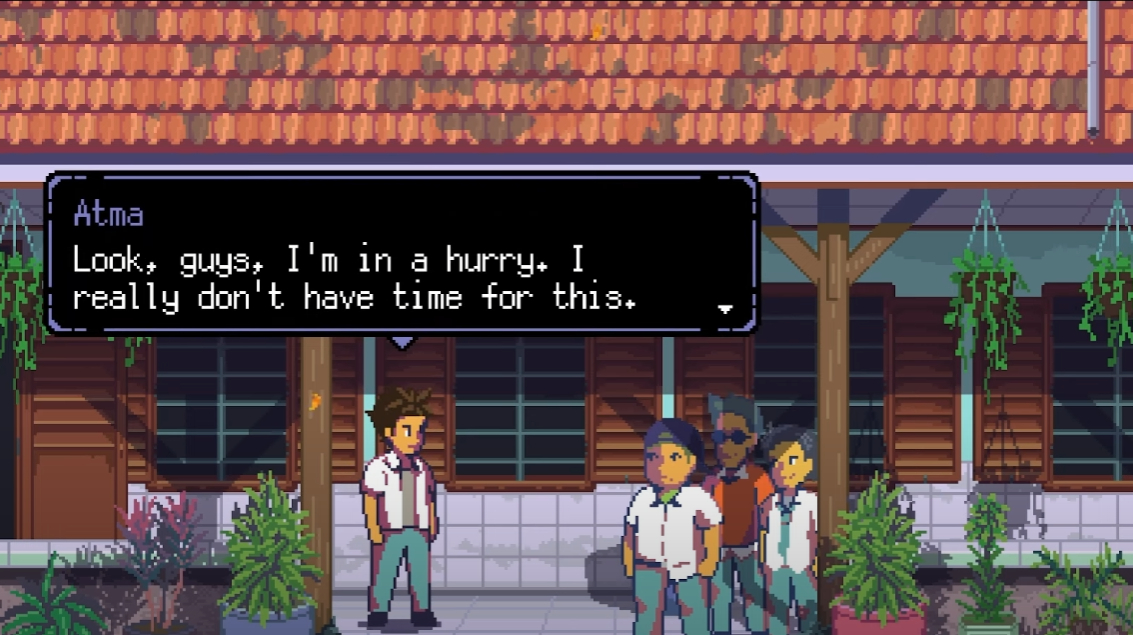 Besides the gripping high school romance story between Atma and Raya and the plot twist slowly unfolding before us, Mojiken throws in another perk that focuses on the outsider looking in. They do this by introducing supporting characters from Raya’s past life who shed more light on the kind of person she is.

It’s quite a clever move because the mistake video game developers often make is to show lots of love and care to the protagonist(s) of a story and neglect the supporting cast. But A Space for the Unbound dedicates evident effort to developing the supporting cast’s dialogue and roles just as much. In the end, it helps cultivate more interest in finding out more about what happens next. 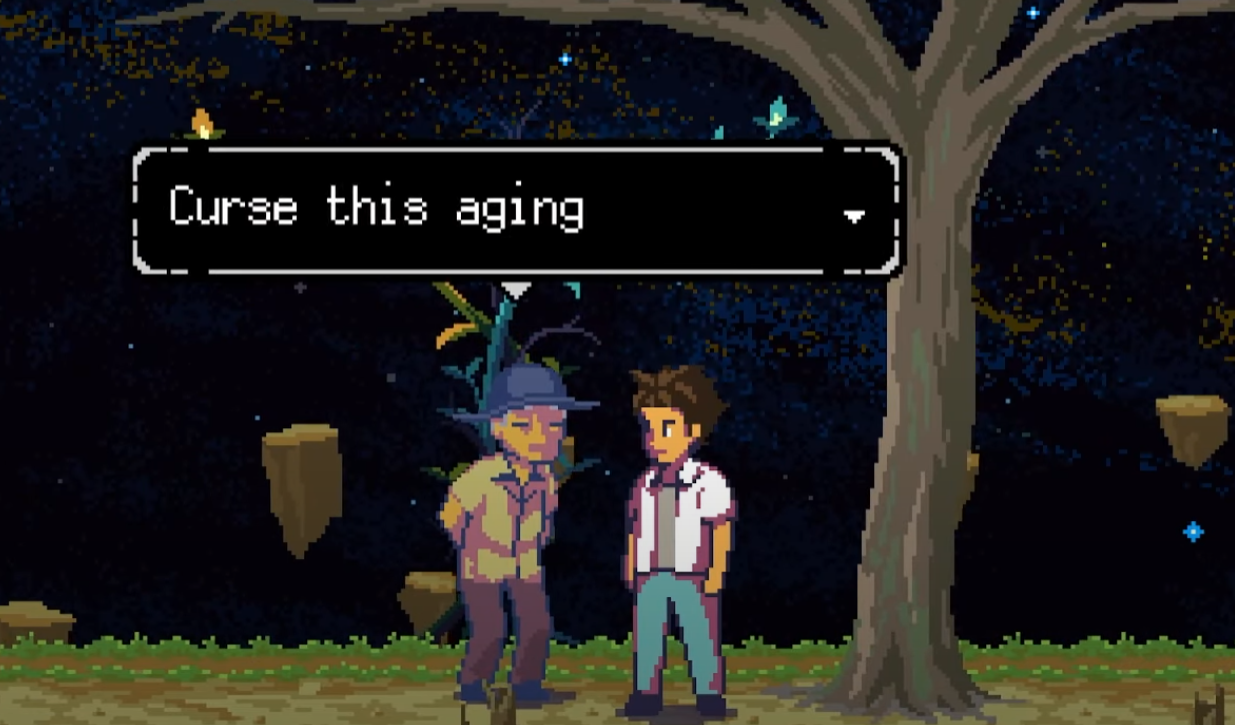 At this point, the story tightly knits together. Atma starts to decipher the mysteries between the people in his town and the otherworldly changes that pop up. He pieces together his girlfriend’s connection to his findings as well as mentoring a little girl. Tensions rise as all the magical and adventure aspects of “A Space for the Unbound” merge at the center.

Part of the reason A Space for the Unbound is so successful is the finely rich detail of the environments around Atma. The locales feel fresh and authentic. The writing infuses humor with more serious moments. And to consistently tease the brain, the game gives the player puzzles to solve either via logic or by collecting a key item. It’s just all neatly packaged. 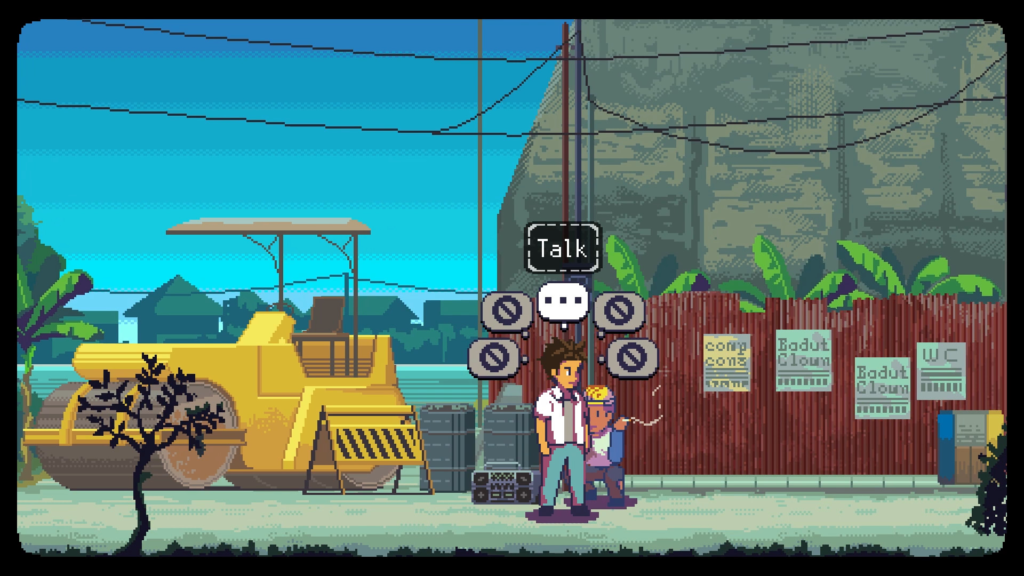 With collector games, there’s the risk of having players feel like they’re the errand boy. In the case of A Space for the Unbound, the game navigates it a tad bit too delicately.

There are definitely parts where it starts to drag, like when you pull a bulldozer over and over. Why not use magical powers for that? But for the times when the developer loses you, he more than makes up for it with the game’s stunning sense of wonder. 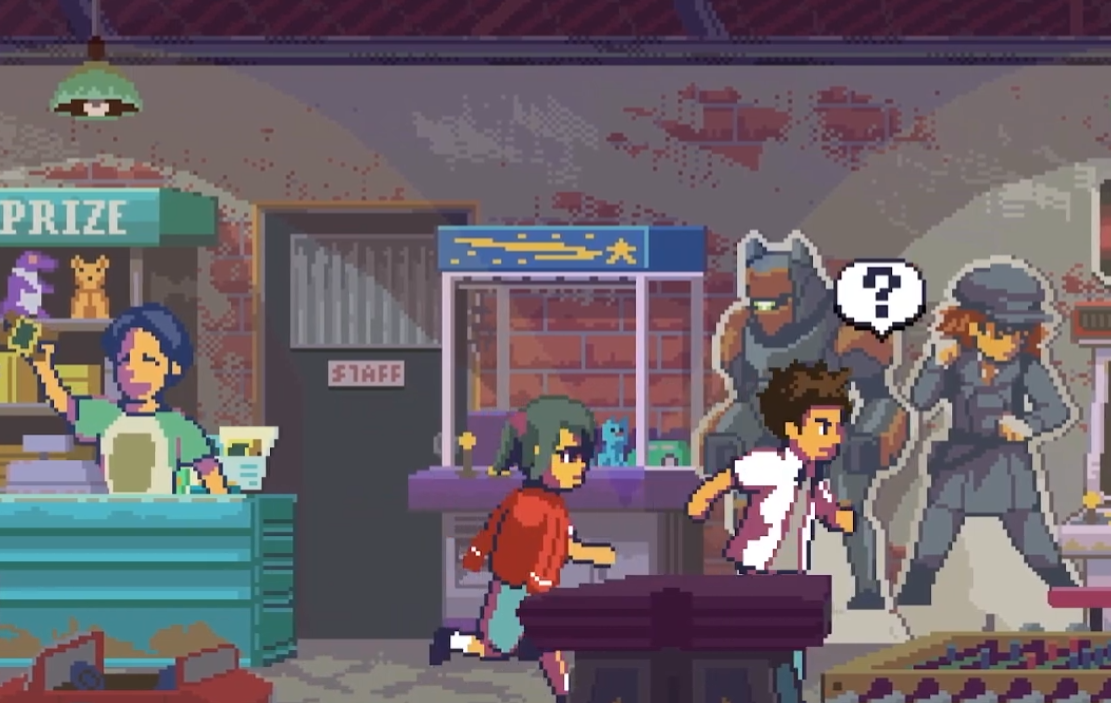 At this point, you may as well scream it from the top of the mountains. A Space for the Unbound just has a way too gorgeous pixel art game. That’s the only bit left to wrap up a game package and mail it to your intended.

Throughout the game, the backdrops reel you in. Unlike some games like Pokemon that use similar character sprites, A Space for the Unbound actually takes a step further to give its models real human proportions and varying facial expressions.

Granted, you may start to feel uneasy over the same shocked face you’ll likely see for what feels like the thousandth time. However, the effort the developer did put in more than shows, which is honestly all that we ask for. 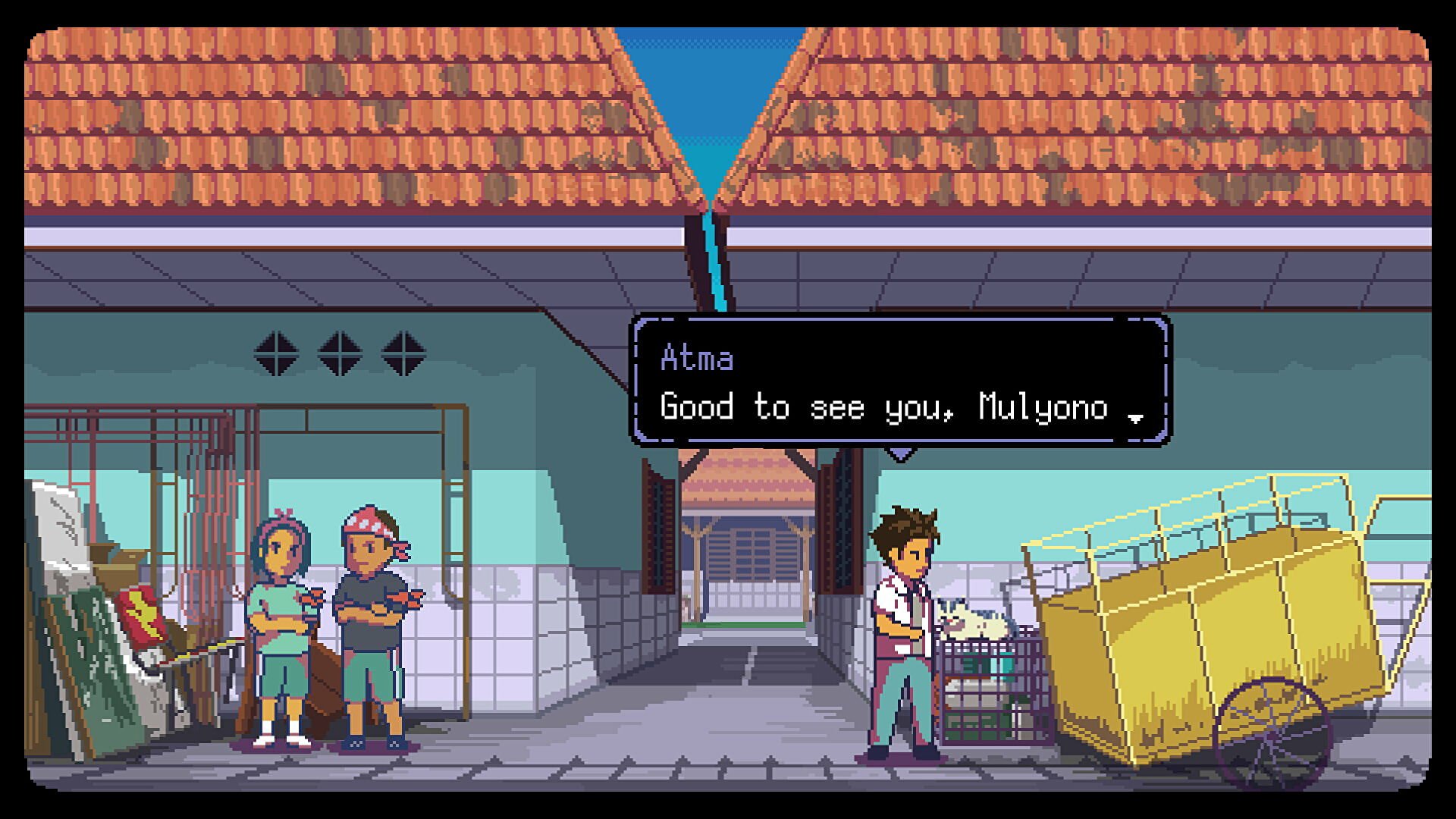 A Space for the Unbound stands out for its gripping, narrative-driven adventure. It incorporates all important aspects of storytelling. Overarching mystery? Check. Plot-twists? Check. Powerful resolve? Check. The balance between the magical and the real worlds how the game builds the story from an adorable high school romance into what could potentially be the end of the world.

Somehow, the game finds a way to tackle major issues like anxiety, bullying, depression, and more. It’s all so beautifully done. There’s not a dull moment to spare, and we’re kept stuck to the edge of our seats from start to finish. This is a story that promises to grab you by the heartstrings and not let go.

Now, the gameplay falls short a bit. It’s not the most genius mechanic you’ll find. Sure. “Space diving” into people’s minds is pretty cool. For the most part, it’ll be to find a key item you need or help people heal from past trauma. It’s all pretty straightforward, which is something that may become an issue for some.

However, A Space for the Unbound doesn’t try to compete with action-adventure games and the like. Instead, the game carved its own path in a small Indonesian town filled with mystery and wonder. And the puzzles have just the right amount of challenge to feel interesting yet not too complex.

All in all, if you’re looking for a compelling story different from all other puzzle adventures in the market right now, A Space for the Unbound is a great choice that will definitely leave a mark way after the credits roll.

A Powerful Puzzle Adventure for the Books

A Space for the Unbound is a supernatural high school romance adventure gone wrong. It’s more than surface-level, tackling present-day issues like depression, bullying, abuse, and more. From start to finish, you feel like you’re completely immersed in ‘90s-era small-town Indonesia. Its beautiful pixel art and gorgeous backdrops go well with the setting. Even the sound design is serene, adapting smoothly to the heartfelt, tense, and humorous moments as they come. It’s not perfect. However, in the few clumsy moments you find, the overall adorable, sincere, and authentic gameplay more than makes up for it. So, be sure to grab your copy now on Switch, PS4, PS5, Xbox One, Xbox Series X/S, macOS, and PC today.