Everything Added in Genshin Impact 3.2 - Gaming.net

Genshin Impact is celebrating the release of update 3.2. This update contains a lot of content that players have been waiting on for quite some time. The patch includes two new playable characters, Nahida and Layla. Nahida is the five-star Dendro Archon and is responsible for watching over the people of Sumeru. The other character on the banner, Layla, is a four-star sword user and a Rtawahist student studying the stars. So without further ado, Here is Everything Added in Genshin Impact 3.2. 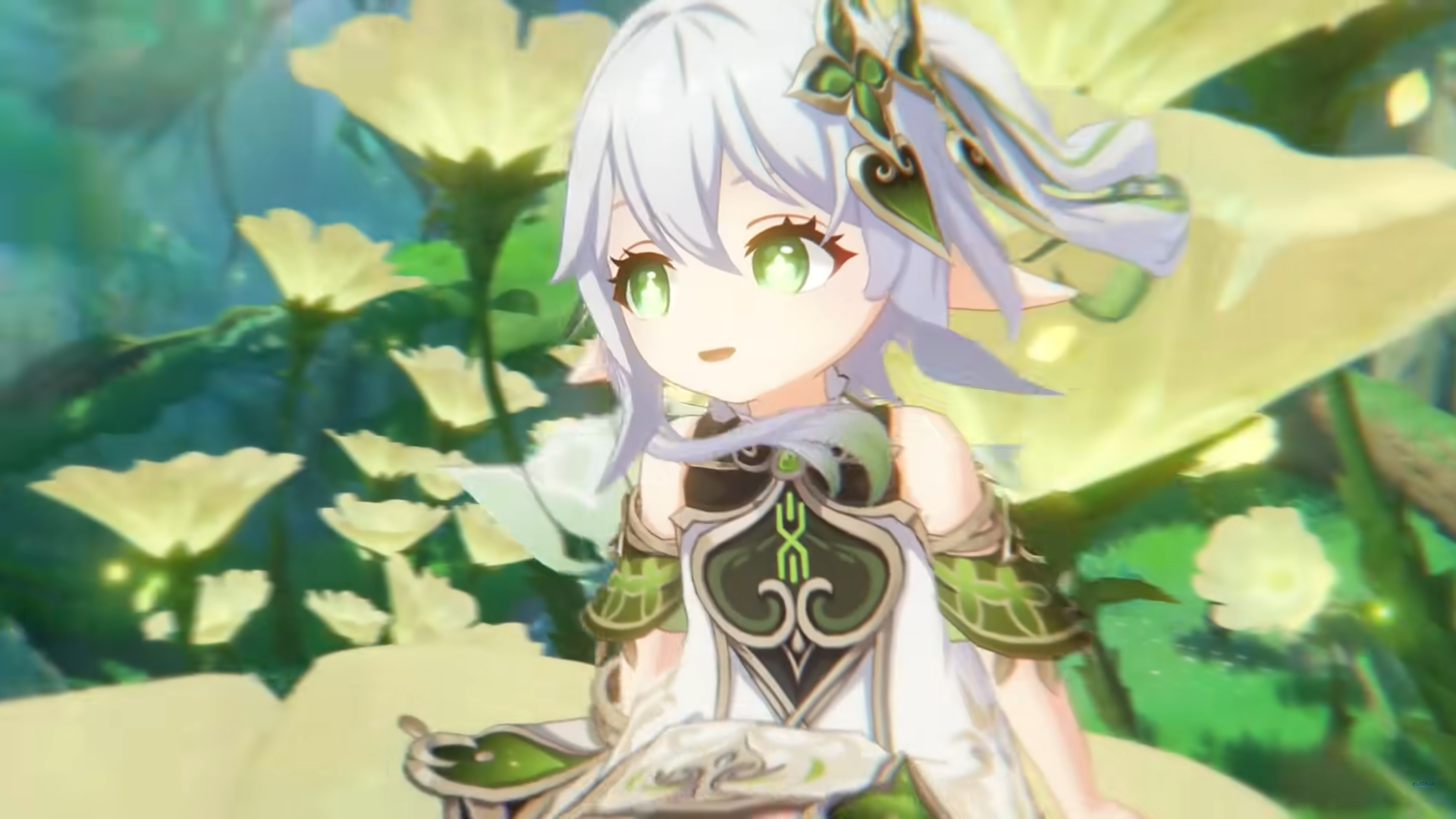 Nahida is one of the two characters on the banner for update 3.2. She is featured alongside Yoimiya. Nahida plays a vital role within the Genshin Impact story, especially in Sumeru. It is true that Nahida, the Dendro Archon, will add a higher damage potential to a player’s team composition if she is paired with Hydro and Electro characters. However, Genshin Impact 3.2 is an update that features a ton of content the community wants to see.

Nahida plays well with characters such as Raiden Shogun, Kazuha, and Zhongli. She is a Dendro Catalyst user with many skills and abilities. Her Elemental Skill is called All Schemes to Know and allows her to bring forth karmic bonds that attach themselves to enemies. These bonds deal a substantial amount of AoE Dendro damage. If players were to hold the Elemental Skill down, however, they would be able to enter Aiming Mode for the ability. This allows players to mark more enemies with the Seed of Skanda, allowing the player to deal damage to multiple targets. All in all, Nahida is a fine addition to the roster of characters in Genshin Impact, and players should pull for her if they have the chance. 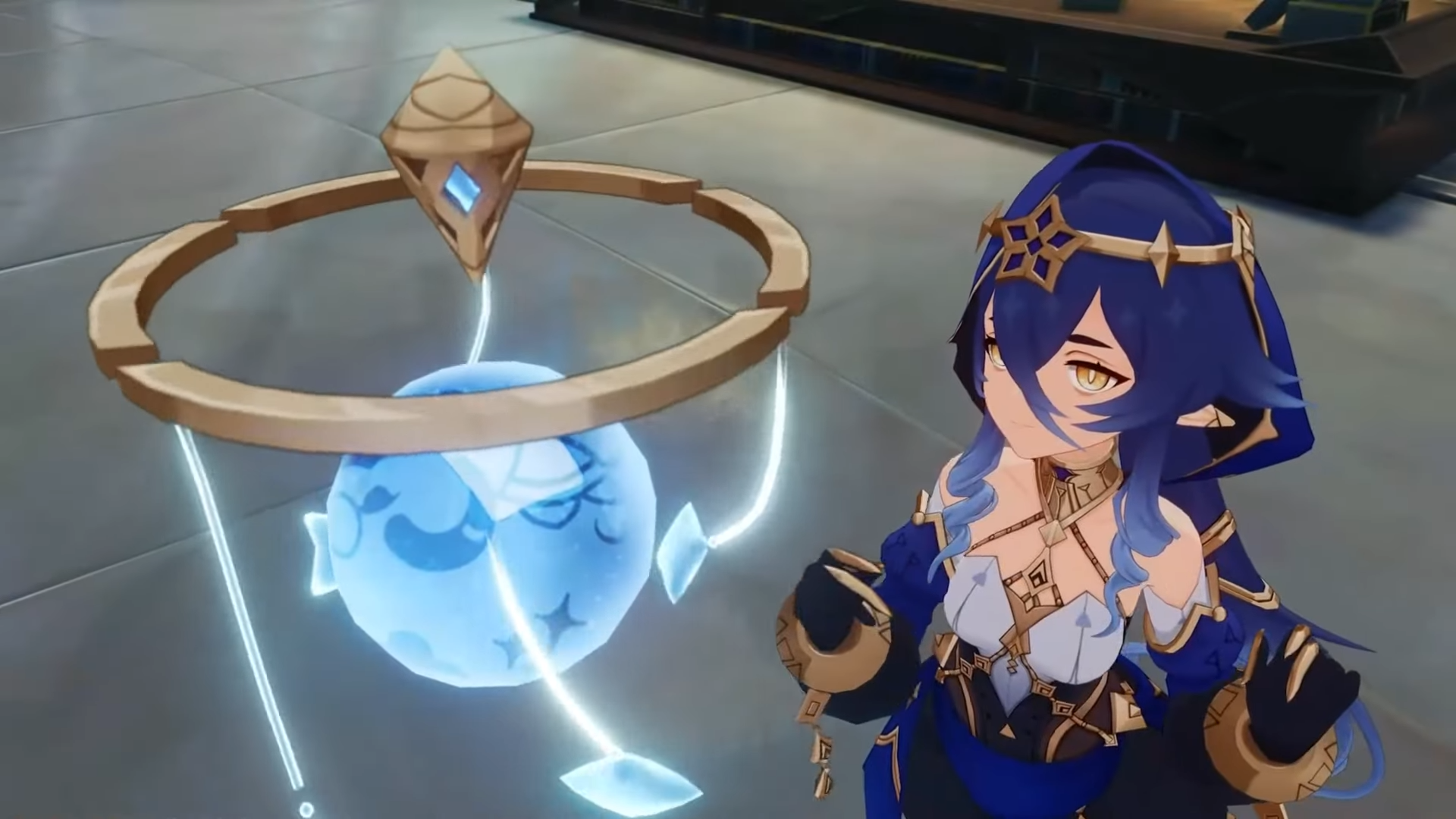 Layla is a  Cryo four-star sword user that will be introduced later in the patch. She is an astrologer by trade who specializes in Theoretical Astrology. She also deals with restlessness as she cannot find comfortable sleep. Her Elemental Skill is called Nights of Formal Focus, allowing her to bring forth her shield. This shield is called the Curtain of Slumber and will enable her to deal Cryo damage to enemies within an AoE. This absorption rate is tied to Layla’s Max HP and allows her to absorb Cryo damage at an alarming rate of 250%.

As she is shielding allies, she also accumulates Night Stars. These can be gathered up to four times, becoming homing attacks and striking enemies with Cryo damage. So for every instance of a character shielded with this ability using an Elemental Skill, Layla will gather two Night Stars. This ability makes her shielding capabilities quite powerful, which the player should use to their advantage. Layla’s Elemental Burst is also interesting, called the Dream of the Star-Stream Shaker. This ability deals Cryo damage within an AoE and allows Layla to accumulate Night Stars easier. In conclusion, Layla is a fantastic character; players should pull for her if they have the Primogems. 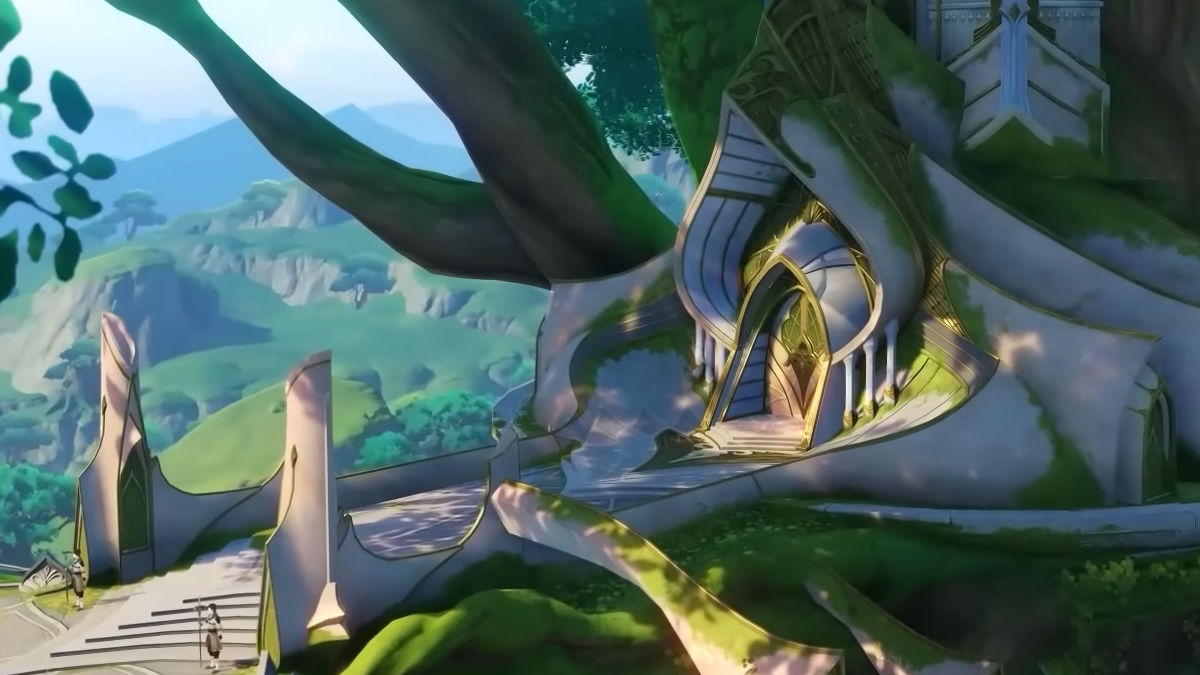 Replication is a new system that is being introduced into the game. This will allow players to copy specific furnishings and layouts from other players’ Serenitea Pots. However, this feature must be initiated by the player sharing the furniture, and there is also a prerequisite to using this system. Players naturally have to have unlocked the Serenitea Pot and finished the quest A Tea Pot to Call Home to use this system. Players must also use the same mansion layout to copy over indoor furnishings from friends.

The Replication system will allow players more control over their Serenitea Pot and allow them to customize the area to their liking. It should also be noted that players can enable or disable the sharing function at any time. This allows players to have control over who can copy their Realm Layout. Players must also have the required furnishings needed to replicate their friends. In conclusion, the Replication system hopes to streamline the Serenitea Pot experience and allow players to copy each other’s Realm Layouts if they choose. 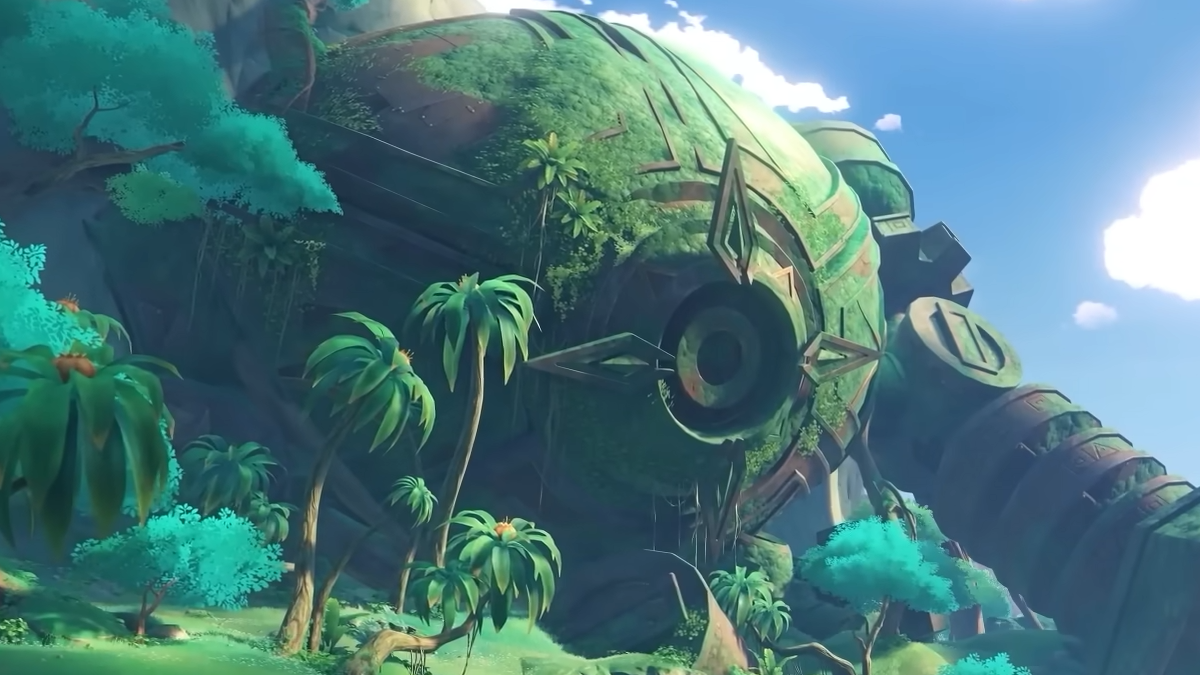 If the characters that receive this buff are of the same Elemental Type, they will receive a bonus of up to 32  toward their Elemental Mastery. However, if their Elemental Type differs from the equipped character, this will increase the equipping character’s damage bonus. This means the character will become much more potent while equipped with this Catalyst. This ability also stacks up to three times, allowing the player to buff the Elemental Mastery stat of all characters around the equipped character. Altogether, this new Catalyst will substantially help players’ teams moving forward. 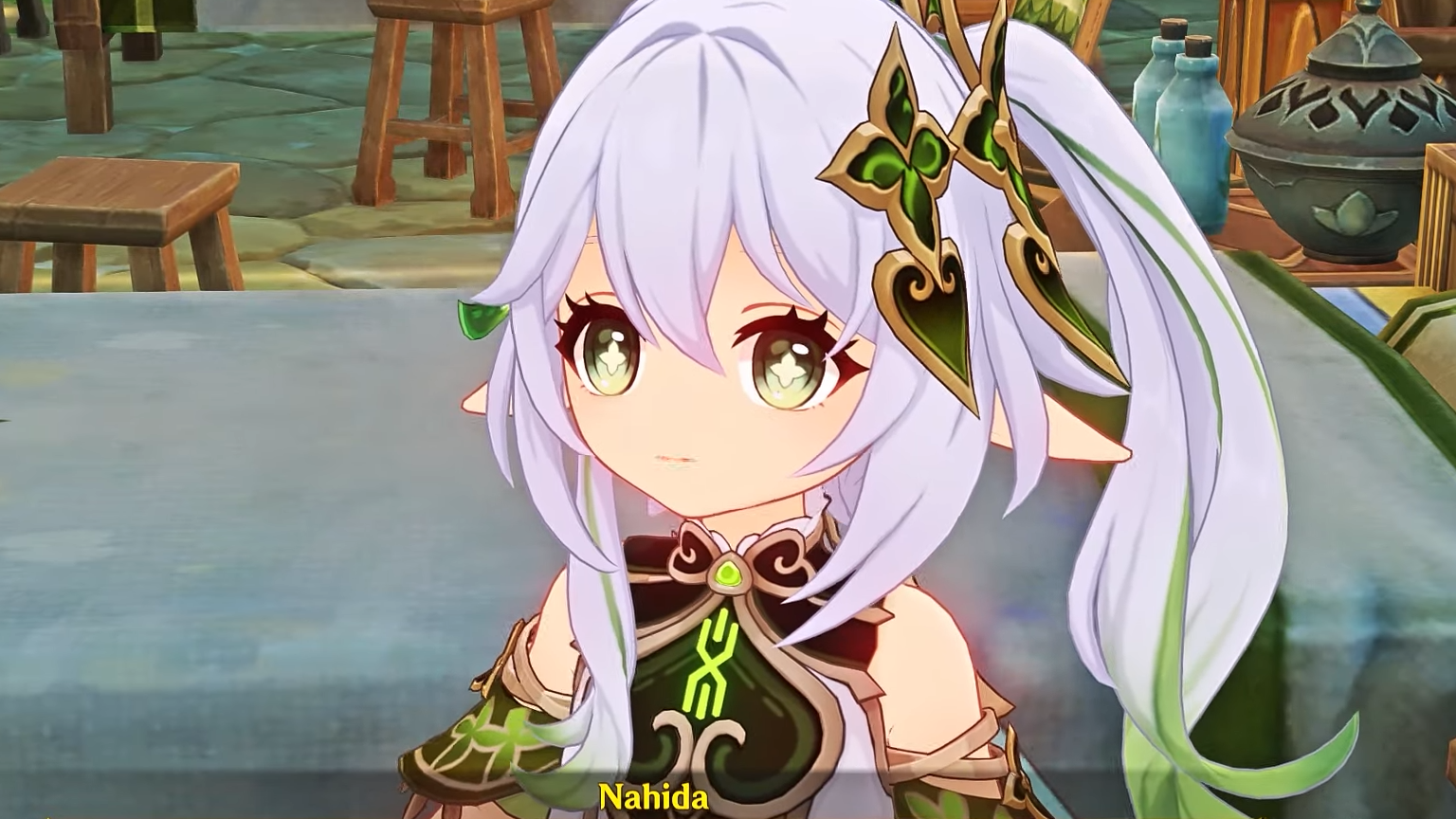 As with any significant update, one of the most important aspects is the quests added to the game. Update 3.2 certainly delivers in this regard. The update features a new Archon Quest, Chapter III: Act V, Akasha Pulses, the Kalpa Flame Rises. It should be noted, however, that there are prerequisites to unlocking this quest. Players must have an Adventure Rank of thirty-five or above and complete Chapter III: Act IV, King Deshret, and the Three Magi.

Alongside the Archon quest, a Story quest was also released. This story quest revolves around Nahida, the Dendro Archon. It should be noted that players must be at least Adventure Rank 40 and finish the prerequisite Archon quest Chapter III: Act V, Akasha Pulses, the Kalpa Flame Rises. This will allow you to undertake Nahida’s quest. These quests show how committed to the level of quality the Genshin Impact team is and should be enjoyed by players.

So, what’s your take on everything you need to know about Genshin Impact update 3.2? Let us know over on our socials here or down in the comments below.

Every New Pokémon Announced For Pokémon Scarlet and Violet