Popularly known for its abbreviation, Defense of the Ancients, has its greatest popularity in Asia, Europe and North America. In addition, it has a robust competitive scenario in financial terms. Undoubtedly, the Valve game has some of the biggest awards in e-sports. However, Dota 2 is on the rise along with the entire e-sports scene worldwide.

For those who don’t know the game, the name Dota 2 may seem like a second edition of the game. In a way it is, but not in the conventional way. In fact, this “2” has a meaning that helps to understand the story of Defense of the Ancients, which is not very common. The concept of Dota was created from another game, StarCraft. Launched in 1998, the game brought as an unprecedented feature the “StarEdit”, which allowed the customization of elements of the game by the players themselves. Thus, the first MOBA molds appeared.

Although the modder is not constantly active, the code of the map was open to anyone who wanted to implement new ideas in the mod. Thus, new versions of Dota began to appear, with Dota Allstars being one of the most popular. From that, names like the developer Guinsoo helped to improve and develop this version.

The years passed and the number of fans of the game grew a lot. With a considerable community, the first teams and championships started to be organized. The scenario had a great initial development in China. Then, in addition to Asian territory, Europe and North America started their professional competitions. Despite the huge success of the map, the official launch of Dota 2 took place in 2013, with the development of Valve. Thus, the game was no longer just a map, but a game. The change, however, won more and more fans, with a stronger competitive scenario and high prizes.

How do games work?

In the competitive landscape, Dota 2’s professional matches follow a similar mode to other competing games. As an example the League of Legends. Each team consists of five players. The team aims to invade the opponent’s base, located on the other side of the map, and destroy the enemy Ancestor.

In the professional games model, the captain mode is followed. Each player has a specific position and one of the team members is designated as captain. Most of the time, the captain defines the strategies and guidelines for the team.

Before the match, the captains of each team select the five heroes, from the more than 100 available in the game, who will form their team. There is also the possibility to ban certain heroes for the use of the opposing team. This phase is known as the draft. 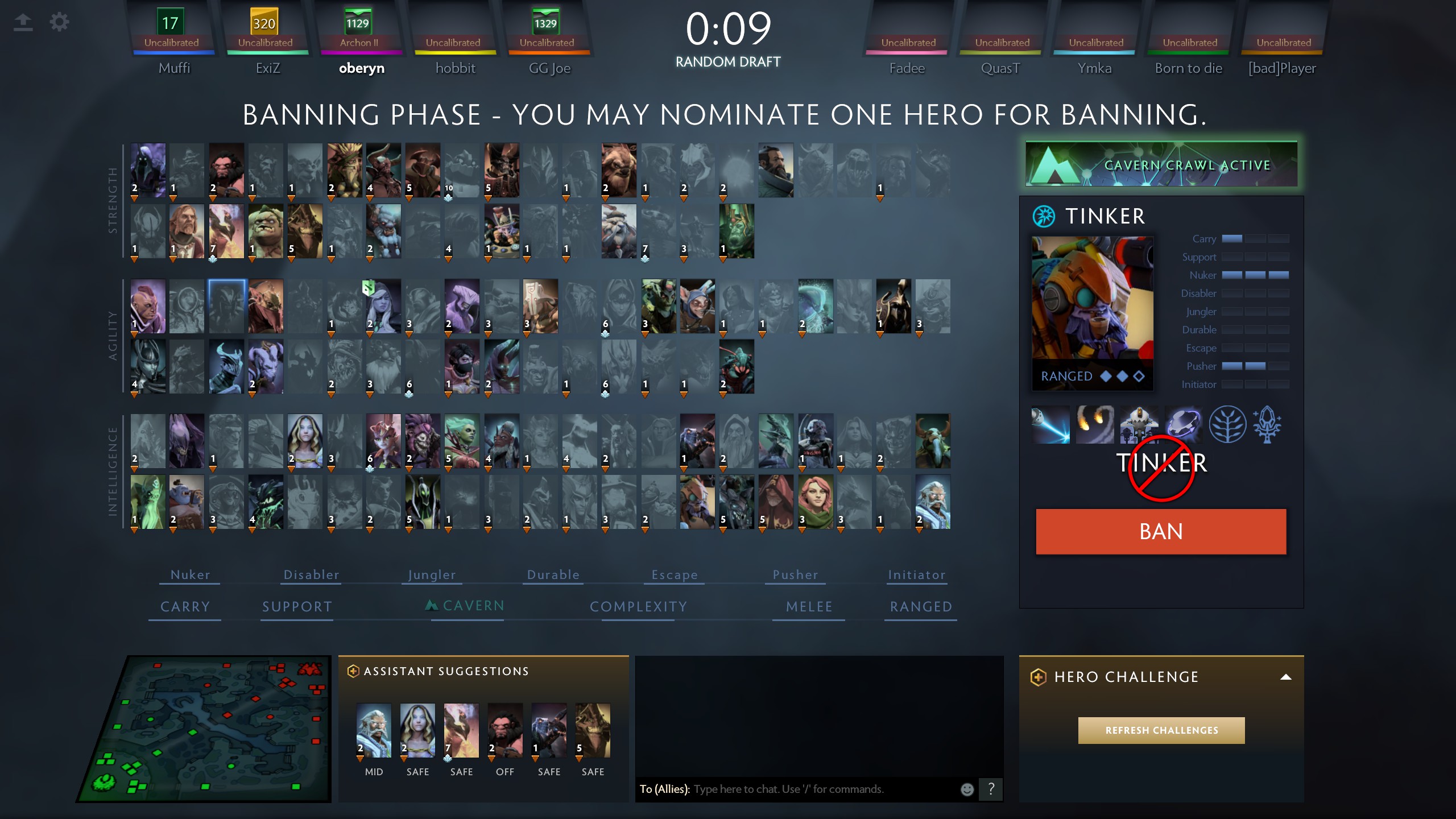 There is also the possibility to ban certain heroes for the use of the opposing team. (Image: Dota 2)

After the draft, the players of each team choose the heroes they will use from the options previously chosen by the captain. It is worth mentioning that each hero has its own characteristics. With different skills and weaknesses that can be strengthened during the match. So it is important to know how to choose well and have a good strategy for the match.

In addition to worrying about the opposing team, players also have to pay attention to vision control and other creatures on the map.

There is a more basic way of describing the positions each of the five heroes plays. The best way is to number them from 1 to 5. What this denotes is the farm priority, or which hero will get the most resources on the team. Positions 1 to 3 are called “colors”, or “positions that farm”.

A carry is a hero who needs a lot of farm and levels to be strong. This is because of the ways that his abilities synergize with his items. Usually increasing them or allowing you to earn levels and gold faster than other heroes.

Once the carries reach farm and levels, they can alone kill 2-3 enemy heroes. But at the beginning of the game, they are often weaker than supports in fights. They are certainly weaker than a typical support hero if he has farmed a little. To get farm and levels, he usually needs to be protected by all the other heroes on your team for the first 10 minutes. They usually need to create distractions on the map and gank enemy heroes so that the carry can farm with maximum efficiency until it is strong enough to participate. 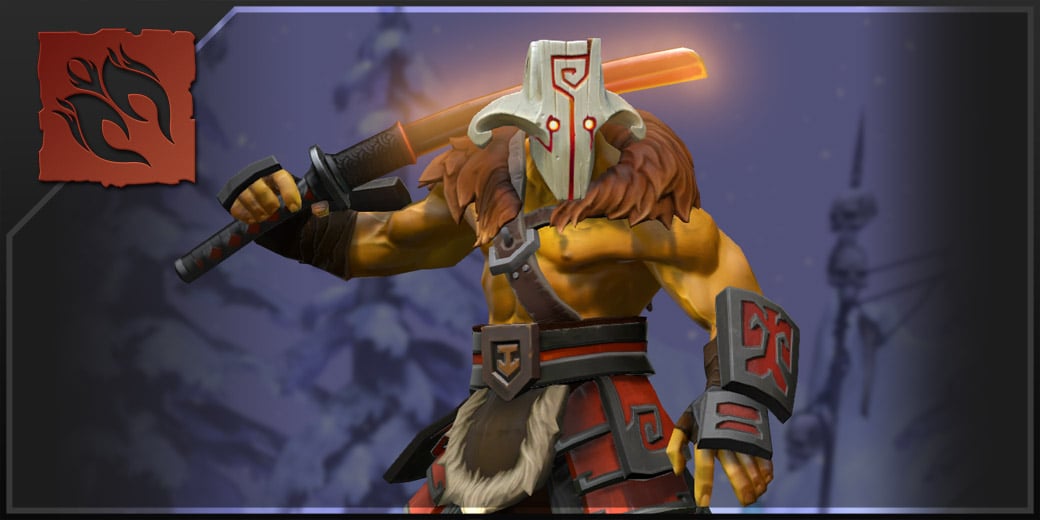 Juggernaut is one of the heroes available in Dota 2 to use in the Carry position. (Image: DotaFire)

In low-level games, you can sometimes see several carries on the same track. THIS IS A MISTAKE. You should generally have a maximum of 2 carries per team in a game. As I mentioned before, at lower levels you will see a 2-1-2 setting on the tracks. In these configurations, there is no problem in placing a carry on each of the double tracks (Dual Lane), with a support to protect them.

Heroes for the mid lane can be very different. When you are alone on a trail, you receive much more experience than on shared trails because you are the only hero to receive the entire experience for submissions and kills. Any double or triple lane divides part of the experience between the heroes present. Making the big advantage of being alone in the middle route is to reach level 6 quickly. This means that heroes who are good at team fights or ganks are often chosen.

To stay on track for longer, many mid heroes buy a Bottle, which is a consumable and refillable regeneration item. The Bottle comes with 3 charges, each recharges 90 health and 60 mana per use over the duration of its effect. Once empty, it is possible to recharge the Bottle by returning to the source or, to save time, you can go to a rune point and store it. Being able to activate it later and refilling your bottle with 3 more charges. 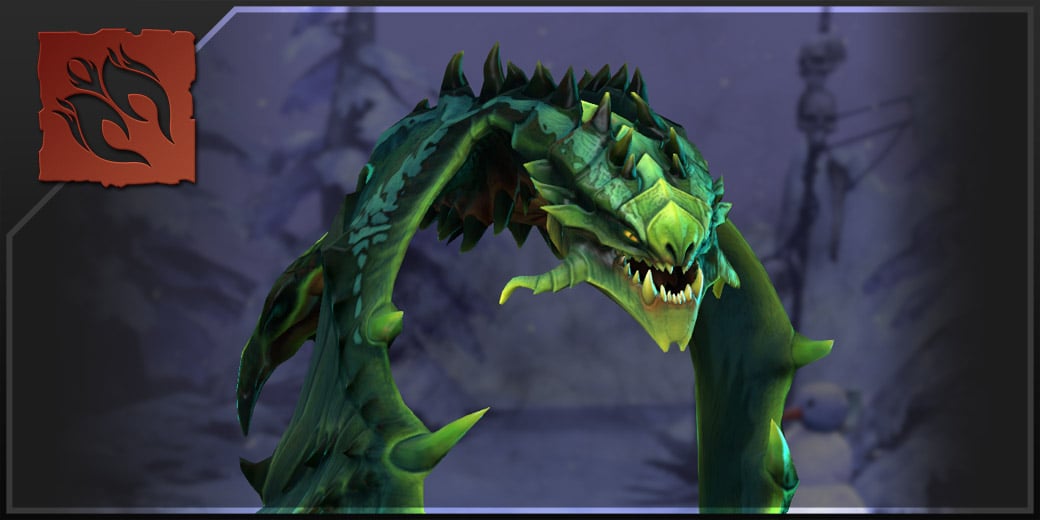 Viper is used a lot in the Mid. (Image: DotaFire)

Runes grant bonuses for as long as they are active. Born at minute 2, and then every 2 minutes, at specific points along the river, close to halfway between the middle route and the other routes.

Having a solo offlaner will be quite rare with a group of new players. But if you find yourself soloing the offlane against a dual or trilane, your strategy should be to get the most experience. Gold is great for looking good, but it forces you to stay in dangerous positions. You often gain the advantage of getting to level 6 fast and then using it to gank or fight.

If the enemy support is playing correctly, it will approach and attack you to keep you out of reach of the experience, but you have a few tricks you can employ. 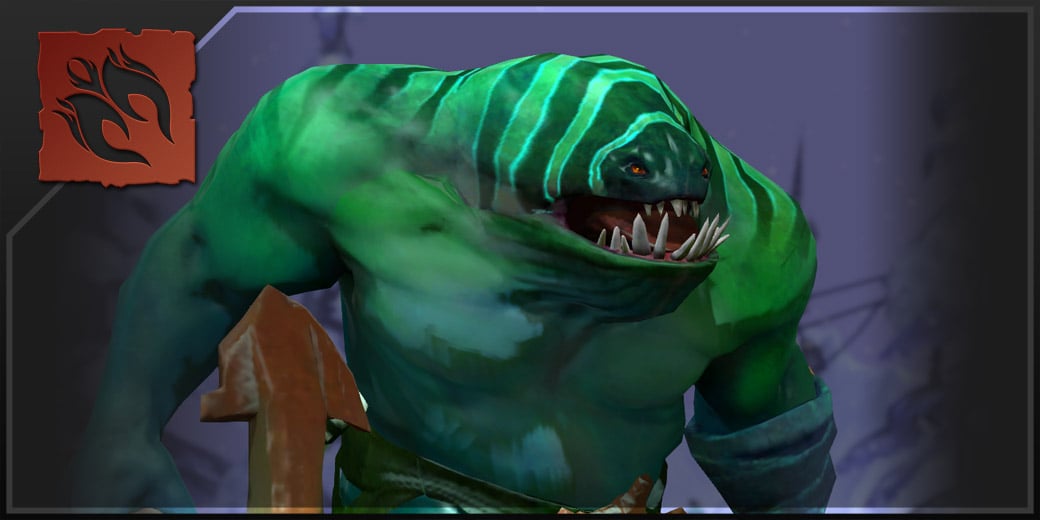 Tidehunter is one of the heroes available in Dota 2 to use in the Offlane position. (Image: DotaFire)

Although an Offlaner does not focus so much on gold compared to other positions, striking an effective balance between your winnings and limiting your opponents can have major impacts on the game through ganks and fights.

In the mid-late game, most offlane heroes will continue to farm and build items as needed. But it is ideal that you farm in a location with heroes nearby or supportive allies who can get involved.

Roaming is a version of the support in which you play by running around the map pressing the routes and trying to ganks. In many cases, unable to enter the forest (jungle). It takes a higher level of skill to understand the maximization of your value. However, when done well, roaming can drastically affect various routes and combinations.

Many Roamers, especially melee, will buy the Orb of venom which causes 12% slowness and a little damage to the enemies hit, giving the attacker an advantage.

You can spend a minute on the middle route playing your skills and attacking with Orb of Venom and effectively zoning the enemy for submissions. You can enter the enemy forest and try to kill the carrier between the first tower (t1) and the second tower (t2). If you kill the enemy delivery man, he will give 150 gold to each of your team and prevent your enemies from carrying items for 2 minutes. 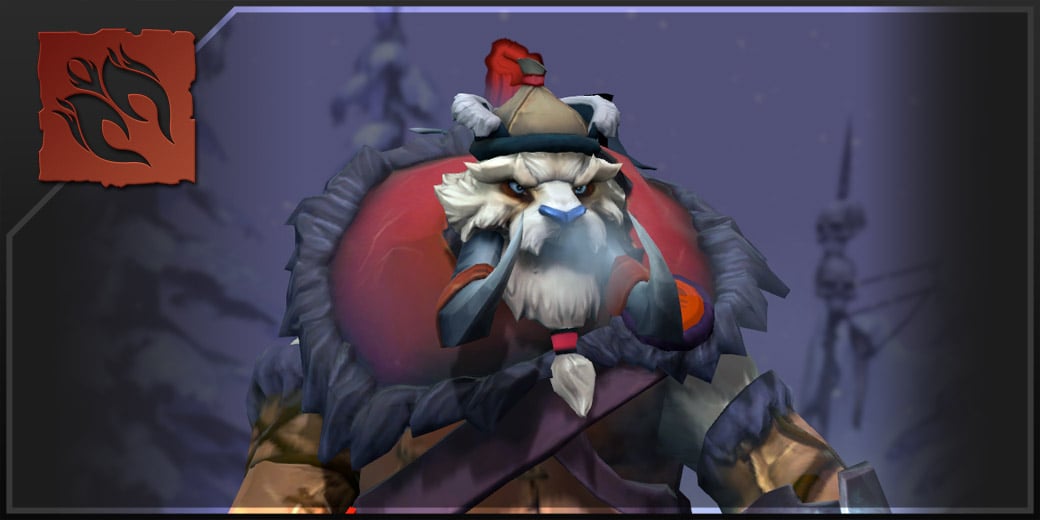 Tusk is used a lot in the Jungle/Support. (Image: DotaFire)

You could try to find an enemy hero farming in the jungle and steal the submissions and share the whole experience while they do the hard work. Or maybe you will find them at 200 health. They probably wouldn’t die for the last two creatures, but with their level 1 skill and 4 orb of venom attacks slowing down, you get an easy kill and come back.

Supportive play is one of the most complicated positions in Dota. It requires a lot of self-sacrifice, good decision-making, forecasting and time management. Supporters are the players who control most of the initial phase of the game. They move around the map to arm ganks. Protect shippers from the heroes of the offlane. They delay and advance the trails and help the middle player to catch the runes. All this without gaining much in experience and gold. However, they spend a lot of their money on items that help protect their teammates, and help them perform better.

The first sacrifice you make is that every team needs a surrender at the start of the game for 100 gold. All teams should buy their first two watchers, which when placed become invisible, and provide vision for your team in a large area. It is the job of the media to buy these items early in the game. At the very least, buy the delivery man! 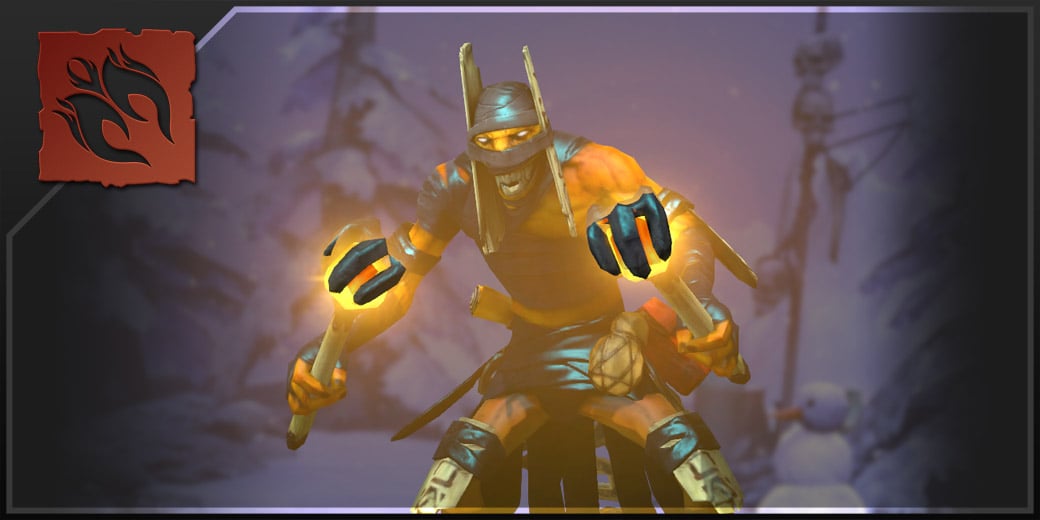 Shadow Shaman is one of the heroes available in Dota 2 to use in the Support position. (Image: DotaFire)

In the early stages of the game, support divides its time between zoning offlane heroes out of experience. Arming ganks around the map, controlling the runes to help your mid to bottle them, and most importantly, pulling.

Related Topics:Dota 2Valve
Up Next