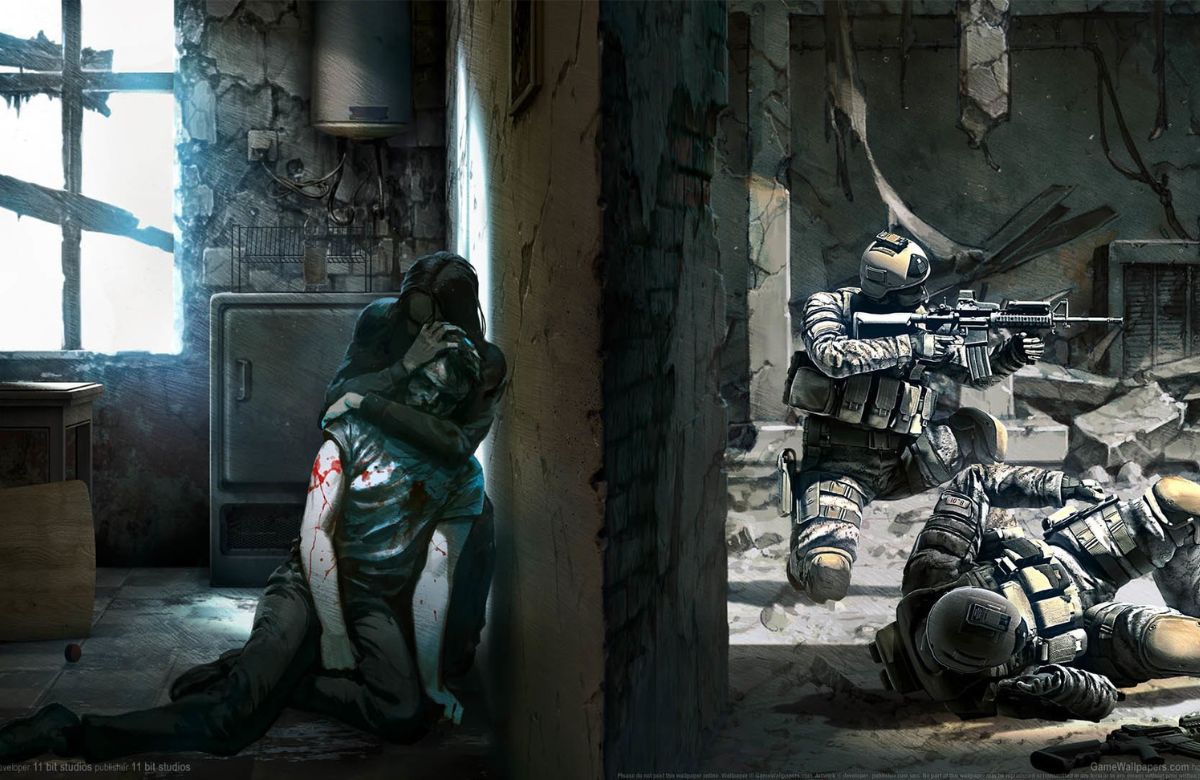 A game’s storyline is the core of its production. Most game developers spend considerable time crafting the perfect plot that will have gamers asking for more. A sure way of thickening the plot is to base it on a true story. Real-life events deliver a more captivating and relatable entertainment experience that most gamers have a thirst for. If you want to delve into a true-story simulating experience, here are five games that are based on true stories.

Generally, the Assassin’s Creed series is based on several actual historical events. However, with the third installment, Ubisoft dived deep into the turbulent times of the American Revolution. Assassin’s Creed III lets players explore the historical events surrounding 18th Century Colonial America. Moreover, the game pays keen attention to the native tribes that surrounded the U.S, including Native Americans.

Players are free to explore the open environment in this action-adventure game. The game’s plot is centered on Connor, an assassin from Colonial America who is involved in several events during the Revolutionary War and the American Revolution. The stealth game allows players to control Connor’s father, Haytham Kenway, and Desmond Miles, the series’ protagonist.

Connor takes part in significant historical events throughout the game, such as the signing of the Declaration of Independence, the Boston Tea Party, Paul Revere’s Ride, and the Boston Massacre. From exemplary narration to a real-life feel of the colonial era, Assassin’s Creed III is a masterful recreation of the Revolutionary War.

Put on your detective hats and explore Los Angeles as it was in the 1940s. Although L.A. Noire is a fictional game, the plot, characters, and environment are recreated based on 1940s Los Angeles. The game takes place in 1947, when a decorated World War III veteran, Cole Phelps, returns home and takes on the investigation of crimes that make headlines.

You can interact with NPCs during interrogations of witnesses and suspects. Players can also traverse the open world in search of clues. What’s more, the game features a mode where you can play the game in black and white for an authentic historical feel similar to film noir.

Explore the real-life World War II events in this Pandemic Studios action-adventure game. The game is set during the German occupation of France, where players take control of Sean Devlin, a former race car mechanic who helps in Paris’ liberation from the French.

Sean moved from France to escape the war and his criminal past, but he soon returned during the Saarbrücken Grand Prix. Dierker, an infamous German racer, causes Sean to lose the race by shooting out his tires. Later, Dieker soon reveals himself to be a Nazi commander after Sean is captured by Dieker when attempting to take revenge on his car. The capture results in the death of Sean’s closest allies, which leads Sean to a vengeance path.

The game features accurate historical details of the French Resistance as Sean and his team take on bringing down the Nazi leadership. Using the third-person perspective, players explore the Nazi-occupied French land in black and white. A Pandemic uses color in a few aspects of the game, including the character’s eyes, blood, street lights, and symbols indicating the extent of the French Resistance.

A new turn in the sphere of realistic video games, “That Dragon Cancer,” is an autobiographical game made by Ryan and Amy Green that follows their child’s battle with cancer. The true-story-centered game was created as a moving tribute to their son, Joel, and the wave of emotions surrounding the care of their child. Joel, given four months to live by his doctors, lived up to four years after his diagnosis.

Players take the roles of Joel’s parents, Ryan and Amy, after receiving the news that their son has cancer at the age of 12 months. Players join in this real-life experience by engaging in conversations and making decisions as the family navigates through the unfathomable situation.

The game’s fictional perspective supports the plot’s narration by featuring four minigames for an explorative and fun feel. For example, players can steer Joel as he flies through space while evading cancerous cells or race through the hospital corridors in a cart while collecting medical drugs.

This War of Mine - Reveal Trailer

In most war-driven games, players step into combat as soldiers attempting to liberate the land from aggressors. However, in This War of Mine,  the tables turn, and players get a first-hand experience of the effects of war. In this survival game developed by 11 Bit Studios, players control civilians during the Siege of Sarajevo in Bosnia.

The game’s objective is to survive the war and gather as many materials and tools as possible. The game characters have no military or survival skills; therefore, the player has to craft a well-structured gambit to survive the conflict. The game allows you to seek shelter when the aggressors invade the land during the day. You can use this time to craft weapons that you can use as you traverse the war-torn land during the night. Furthermore, players can also interact with other survivors, where they can decide to either assist, kill, or rob the NPCs.

This War of Mine provides an immersive experience of the tragedies surrounding survivors of war. The decisions you make in the game will impact the fate of the survivors you start off with. You must maintain your health, hunger, and mood levels until a ceasefire is declared in the game.

So, there you have it. What’s your take on our top five games based on true stories? Are there any other games we should know about? Let us know on our socials here or in the comments below.

Related Topics:True Stories
Up Next

5 RPGs You Should Play If You Loved Ni No Kuni