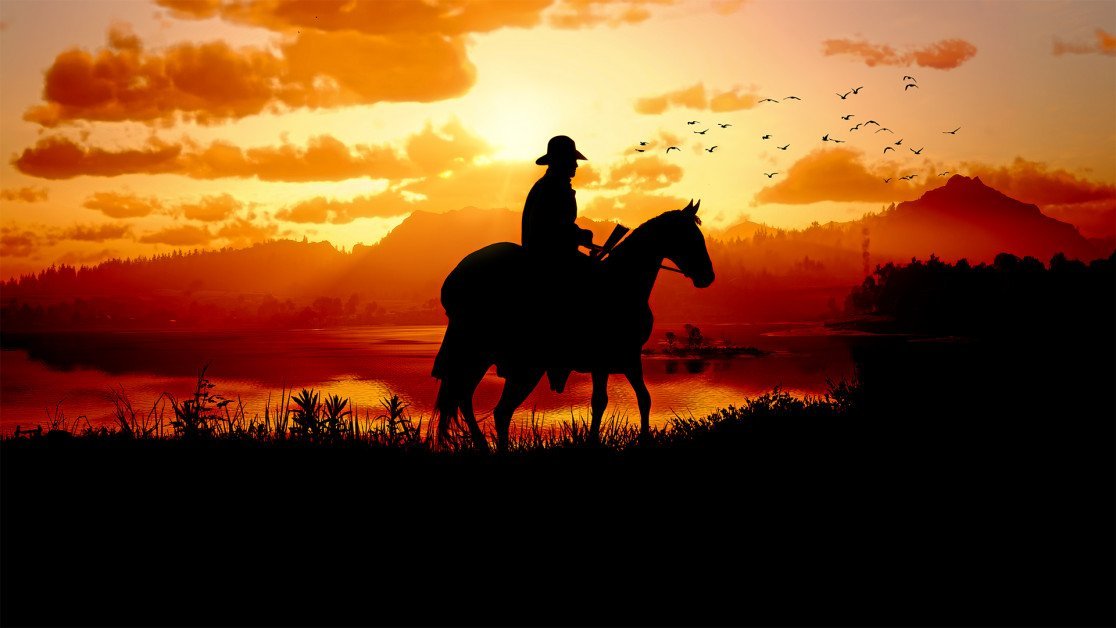 If you’re looking for draw-dropping visuals, atmospheric environments, and games that simply look and feel look like a movie, then you’re in luck. Every game on this list has wowed its fans with its stunning visuals and incomparable graphics. When it comes to visuals, these games are at the head of the pack, but it’s at a costly price. You’ll most likely need a pretty impressive PC to experience these games’ movie-like moments on full display.

So if you want to push the limits of your graphics card, then these games should put up a worthy fight. And if you’re one of the lucky gamers who get to play these games to their full potential, I can only envy you. It’s time to soak up the scenery because here are our five best graphically composed PC games. 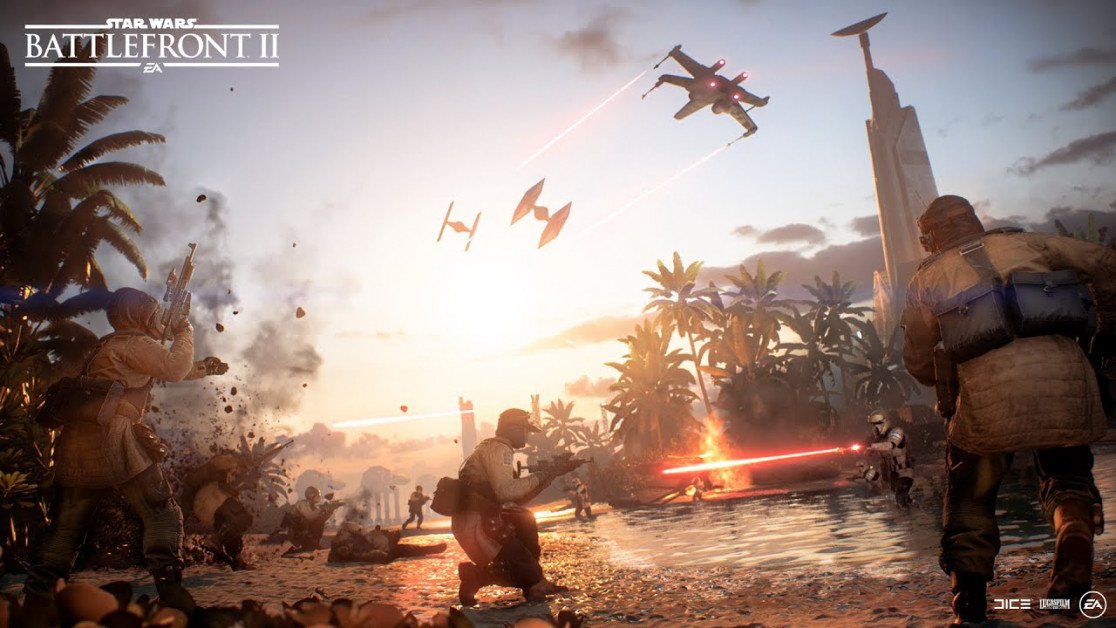 Being initially released back in 2017, Star Wars Battlefront II can easily compete with the standard of graphics games strive for today. Visually, the game was way ahead of its competition and a reason why it still has a strong community today.  The majority of the fanbase has stuck around just to experience the many cinematic moments the game provides on a regular basis. Hailing it was one of the greatest graphically composed games of all time.

Right as you step into the game the character models put this on full display. The lightsaber glare is so wonderfully done on all of the character models that you can’t help but feel and see how intense they are simply by looking at them. With that, the combat just comes to life when you see beams of red and blue light firing back and forth at each other on a massive battlefield.

With that, you have cinematic moments like an X-Wing crashing into the side of a hill, and then you see Darth Vader rise from the ashes. These cinematic moments happen far more frequently than you may imagine, and they’re made all the more dramatic by the way the visuals compliment them. 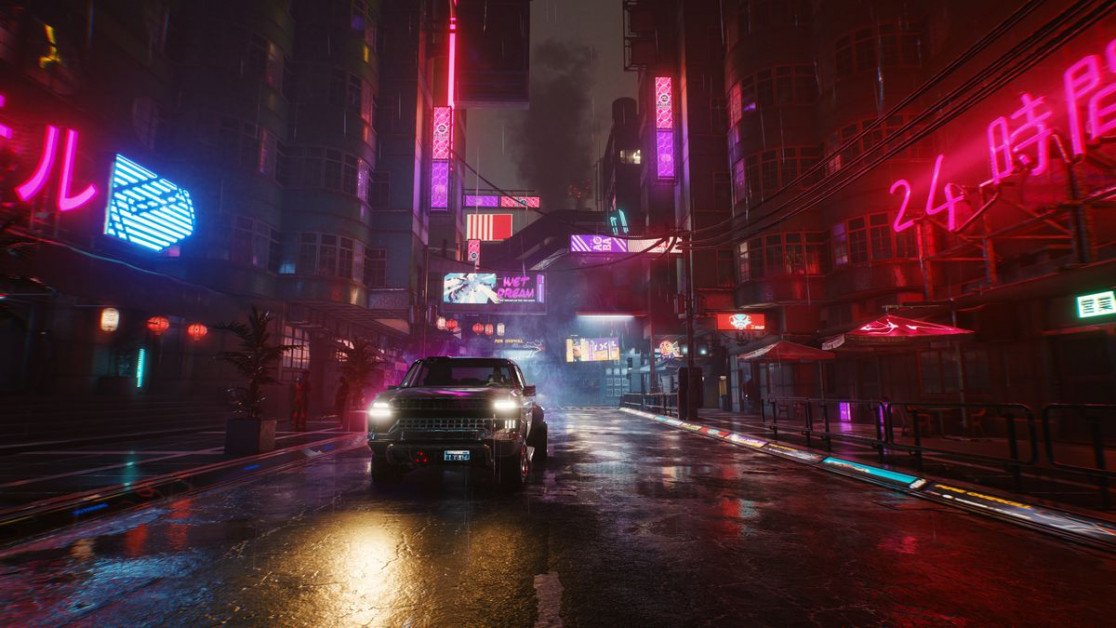 It would be criminal not to have beautiful graphics in a game that is focused around a nightlife metropolis city, called Night city. Cyberpunk 2077 is just popping with bright Day-Glo colors, the most beautiful you’ll see in any game. I will warn you, CD Projekt Red ran into a Battlefield V problem, as the game isn’t optimized the best for lower-end PCs. Unless you’re running a 20 or 30 series GeForce RTX card, the game will lack at times, but nonetheless, it still has its moments. This is mainly due to the heavy emphasis Cyberpunk has on lighting graphics, and Ray Tracing really enhances that experience.

If I’m being honest myself, I spent most of my time in this game just soaking in the scenery. Or a good portion just finding myself having a “take it all in” moment. Out of all of the games on this list, Cyberpunk 2077 easily takes the cake for the best graphically enhanced lighting. I know it sounds weird but you’ll want it to rain in this game because of the shimmer and reflection graphics that just bring the city to life. Just take a look at the title image, it’s an actual in-game screenshot. 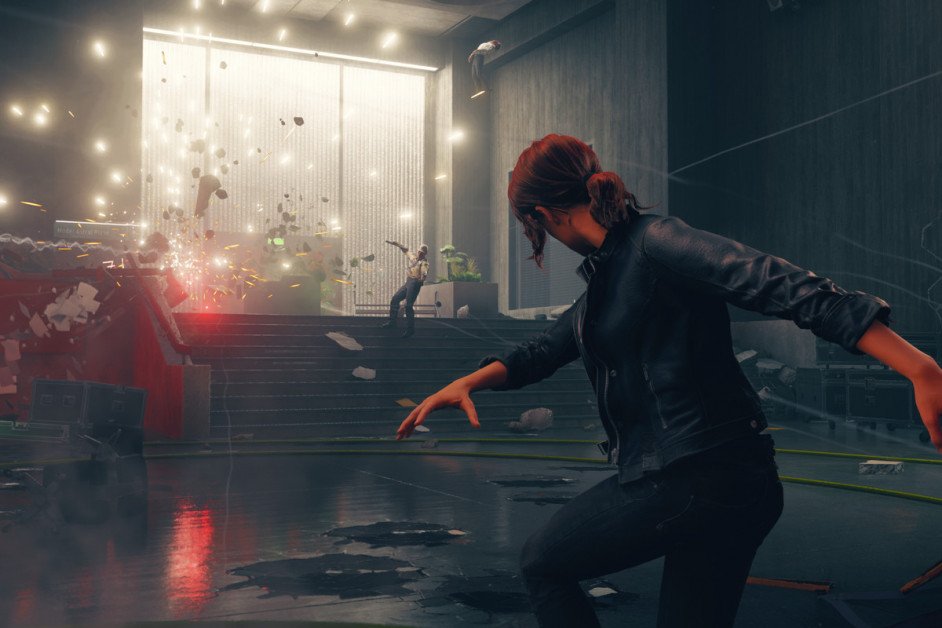 A title that’s not discussed enough and hugely underrated for its graphics, is Control. The game came out on PC back in 2019 and it blew gamers away for how visually captivating it is. The game just shows no compromise on movement graphics, keeping a crisp and refined image during its combat. A huge reason for why this is so good is due to Controls effect graphics.

Explosions won’t just make an explosion and leave a black spot on the ground. They literally smash through all the items in their path, sending them flying across you’re screen. The fighting really showcases the game’s crisp graphics, but so do so many other moments in the game. At some points throughout the tale, Control gets pretty creative with lighting and colors, and it simply makes for a great heroic visual moment. Then boom, get into combat and the graphics are even more impressive. 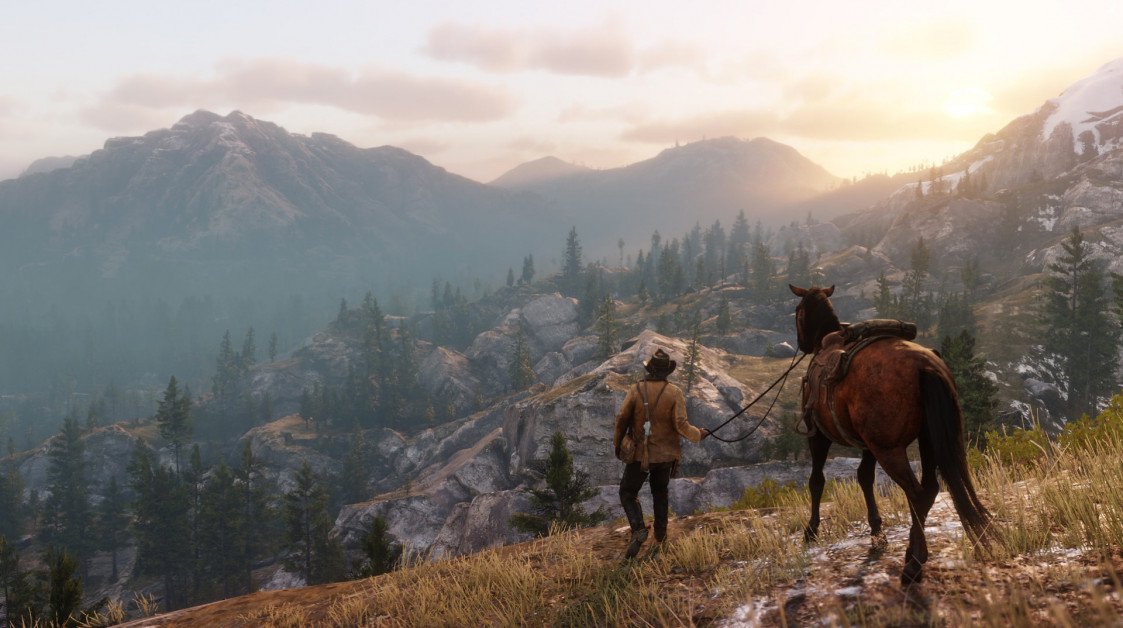 When it comes to graphics, Red Dead Redemption 2 just might be the king of scenic and cinematic moments. Set in the wild, wild, west of Louisiana, there is no shortage of moments that will take your breath away. Even just riding horseback across the open world you can peacefully soak in landscapes and glorious hilltops on your journey. It really gave you a reason not to fast travel, and simply explore the game just to find more beautiful backdrops.

From the trees, towns, animals and everything in between Red Dead Redemption 2’s graphics bring the wild west to life. It really feels like the game is just a constant delivery of beautiful landscape art. I will warn you though, that Red Dead Redemption 2 is so big that the game’s graphics are pretty demanding and maxed out, but wow is it worth it.

Another title that is often slept on due to its niche genre is Metro Exodus. However, the open-world horror survival game stood out and made a name for itself for its unworldly graphics, which make for one of the most atmospheric games of all time. The game will make you wonder how it managed to make a post-apocalyptic landscape appear so lovely. Well, graphically that is, but not a lovely place to be.

Once you get underground, hence the “Metro“, you feel like you are diving into a brand new world. It is dark, grungy, and flat-out bone-chilling in its environment. In a matter of seconds, your heart will be pumping with adrenaline due to how unsettling the environment is. The graphics are the star though, as despite how well each level is designed, the graphics bring every nook and cranny of this game to life.

So do you agree with our list? Are there other titles you feel should be on this list? Let us know in the comments below or over on our socials here!

Microsoft is Giving Away a Free PC Game Pass Trial to Non-members who have Played Halo, Forza or AoE4