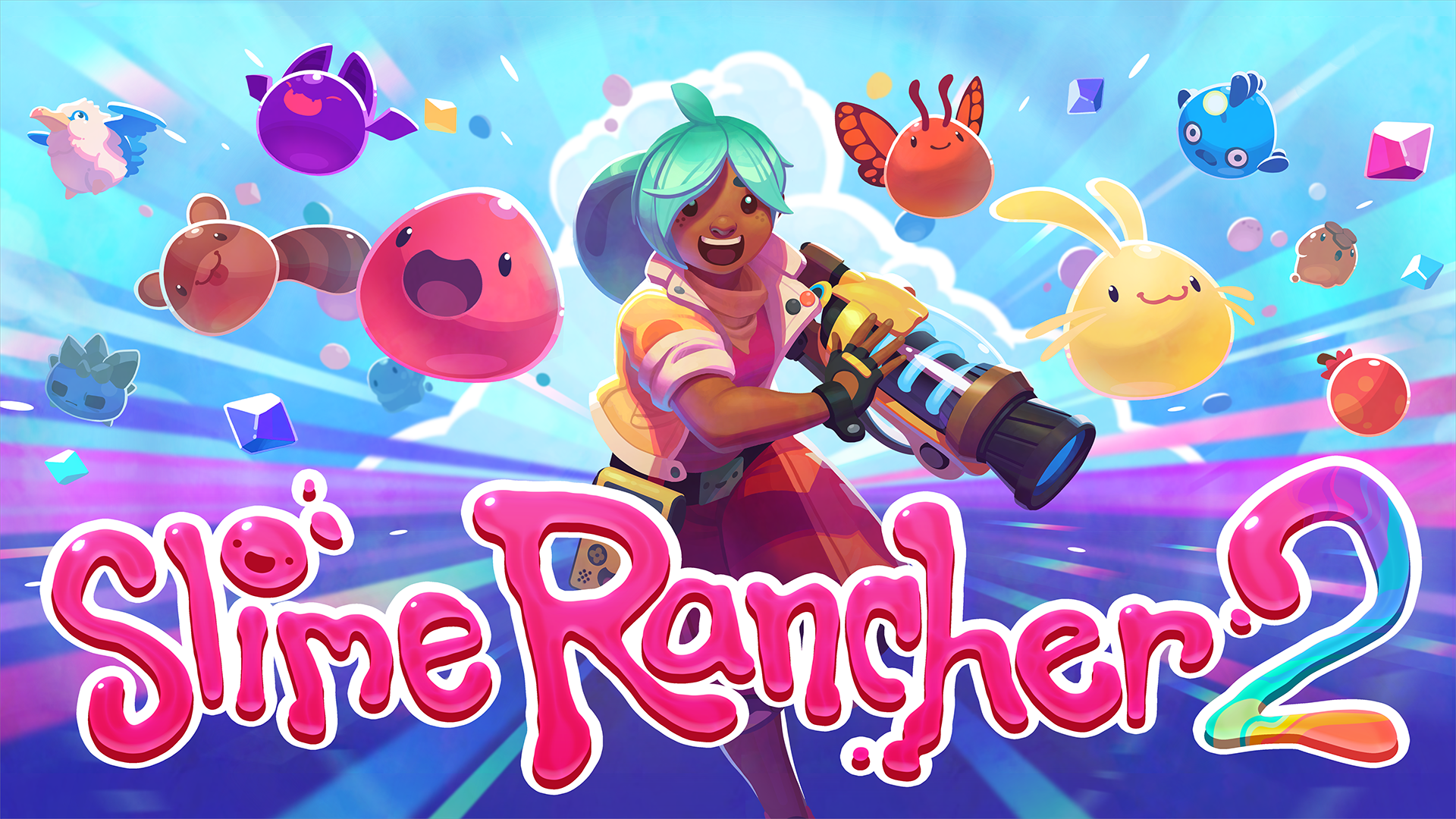 Indie Games are a space that allows for boundless creativity. With that being said, some games share more similarities than others. Whether it is through a game mechanic or aesthetic, a lot of games tend to borrow from each other. Slime Rancher 2 is one such game that has had the world of indie development seek to make games like it.  Whether or not they are directly tied to the Slime Rancher series or not they are still fun and should be experienced in their own right. With that being said, below are 5 Indie Games Like Slime Rancher 2. 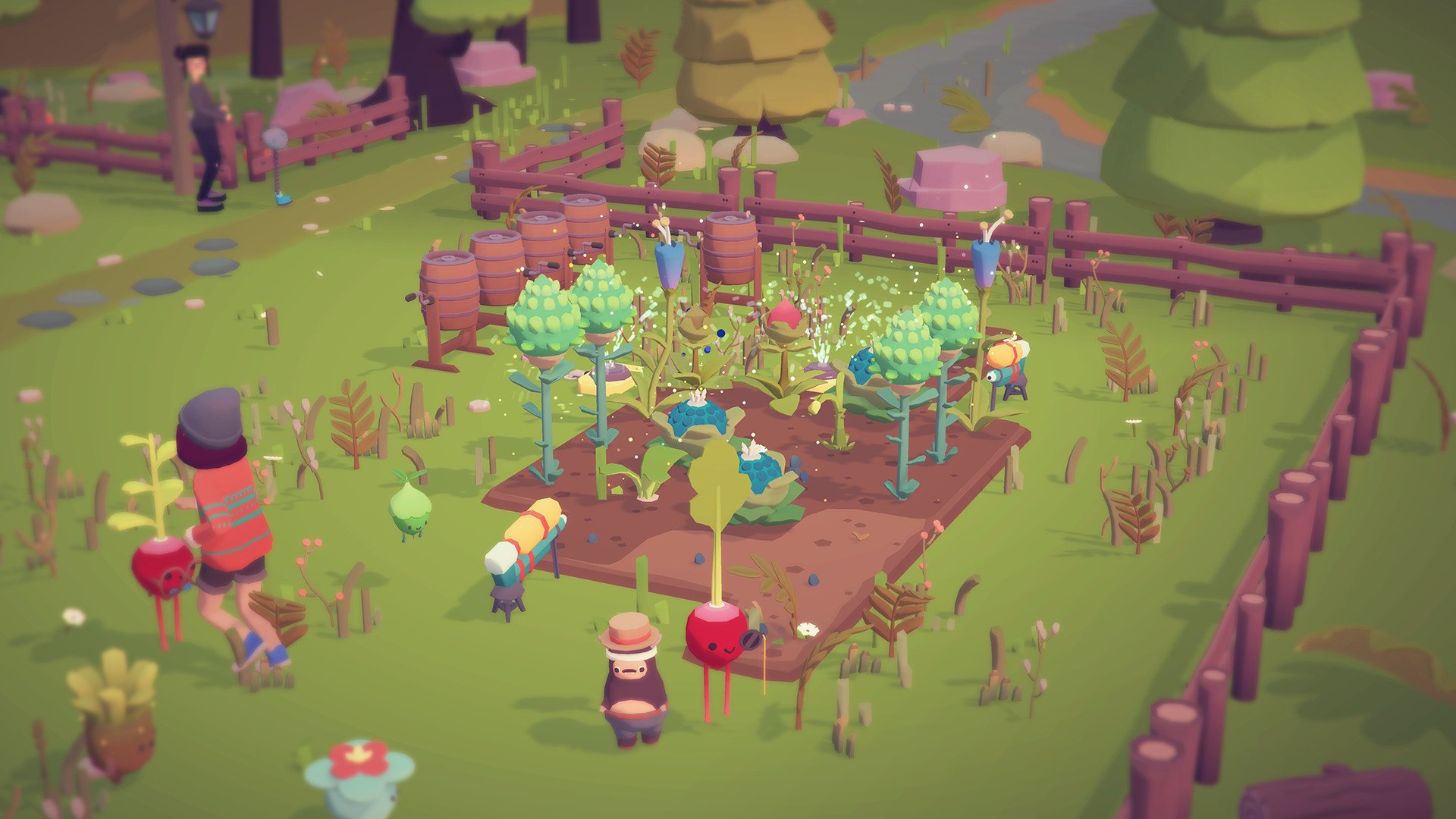 Ooblets is an outstanding yet odd adventure. Hailing from the land of Oob the creatures come in a variety of sizes and shapes. Not only are there different types of Ooblets but Ooblets also have rarities. While at the start players may only have up to 12 Ooblets more can be unlocked as they progress through the game. There are three different types of rarities attached to the Ooblets as well. From Common to Uncommon and Gleamy being the rarest of all.

While the Common Ooblets may be rather mundane the Uncommon and certainly the Gleamy types are very much sought after.  Gleamy rarities for example have very different color schemes that can range in how elaborate they are. Uncommon types however are usually typically just color swaps of their common brethren. The Ooblets each have their own unique design and sensibilities, however, making it worthwhile to obtain as many as possible. Altogether Ooblets has a bit of the creature capture soul that Slime Rancher 2 has in it for players interested in that type of gameplay. 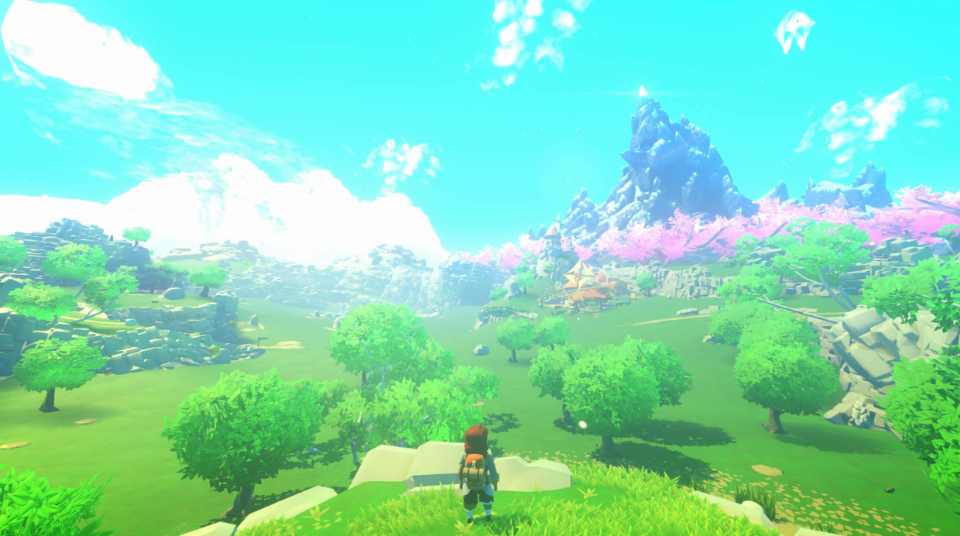 Yonder is a charming game that initially was slept on. A title that garnered more attention later, Yonder: The Cloud Catcher Chronicles was released rather quietly on the 18th of July 2017. Featuring a sprawling open world that can be explored through its third-person gameplay. This title certainly has a charm to it. Like Slime Rancher 2 the goal of Yonder is to capture creatures. Rather than slimes, however, in Yonder, you capture magical creatures. This is not done out of malice though as it is to protect them from an entity called the Murk.

Yonder allows the player to engage in various activities as well outside of its main storyline. Players can fish and craft to their heart’s content in the game. Along with fishing and crafting, there is also a farming element to the game that can be done while exploring the island. Yonder is a great game that may have not garnered the attention it should’ve upon release. With that being said if players like the gameplay of Slime Rancher 2 then Yonder will certainly be a fitting home. 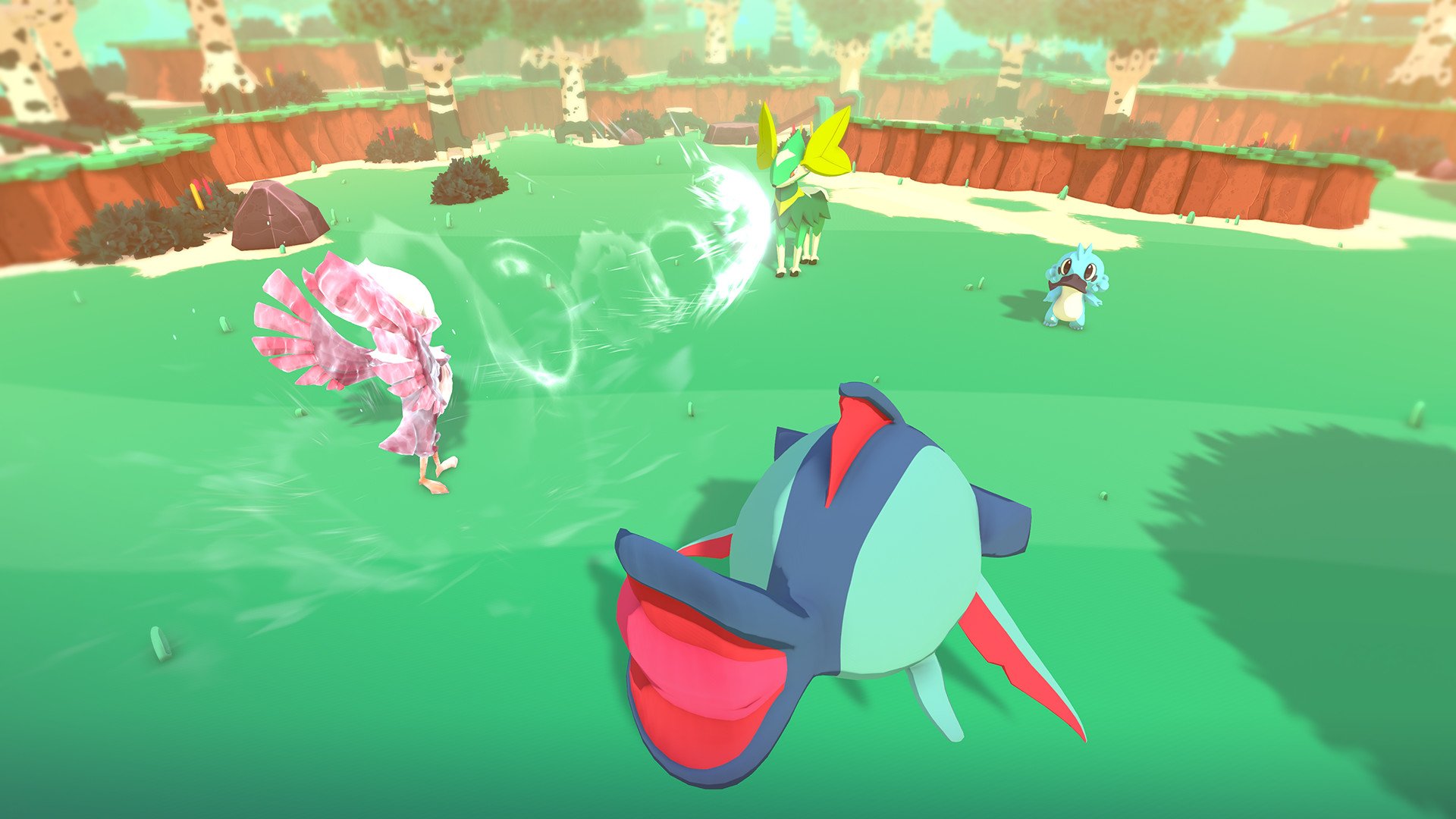 Temtem is an adorable creature capture game. With many similarities and comparisons initially to the Pokemon series, Temtem sought to set itself apart. This was accomplished through many gameplay innovations as well as a more adult storyline and narrative that could appeal to a wider audience. Tasking the player with capturing and learning more about their Temtem companions the game certainly has a charm to it. Each Temtem has its own unique abilities as well and the Temtems approach t combat is in stark contrast to how Pokemon’s combat has progressed. This makes for a more challenging and satisfying experience for some who feel they have outgrown Pokemon.

The storylines of Temtem also deal with deeper and darker themes than the Pokemon series which typically is appealing to a younger audience. It is safe to recommend Temtem to players who either enjoyed the Pokemon games or found the creature capture of the slimes in Slime Rancher appealing. Temtem manages to have its own unique identity, however, and in some ways surpasses its influences. All this makes Temtem a very appealing game to players who seek an experience similar to the games mentioned above. 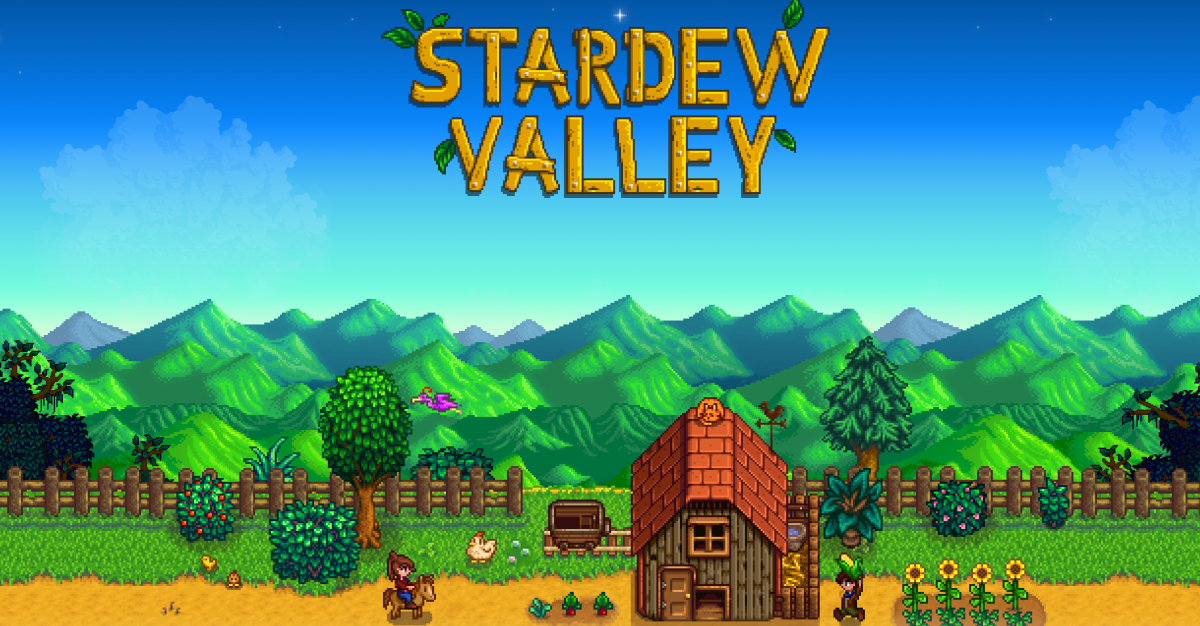 Stardew Valley is a game with boundless charm and adventure. The game sees the player playing as a cog in the corporate machine that has to move to a more rural lifestyle. This is following the death of the player’s grandfather who asked them to seek out what was important in life. And seek it out they did, arriving on their own farm in Stardew Valley. Collecting slimes is among things to do in the game other than farming. Farming in the game is the main draw, however, and players will be spending most of their time tending to their farm.

With an assortment of animals to raise as well as crops to grow and sell, there is never a shortage of things to do in Stardew. If you are someone who fancies yourself enjoying the combat. Go to the mines and collect slimes or defeat floors of them for gear. Players can also romance different people in the town which will open up more story possibilities. All in all Stardew Valley is an amazing game that should be experienced by players. 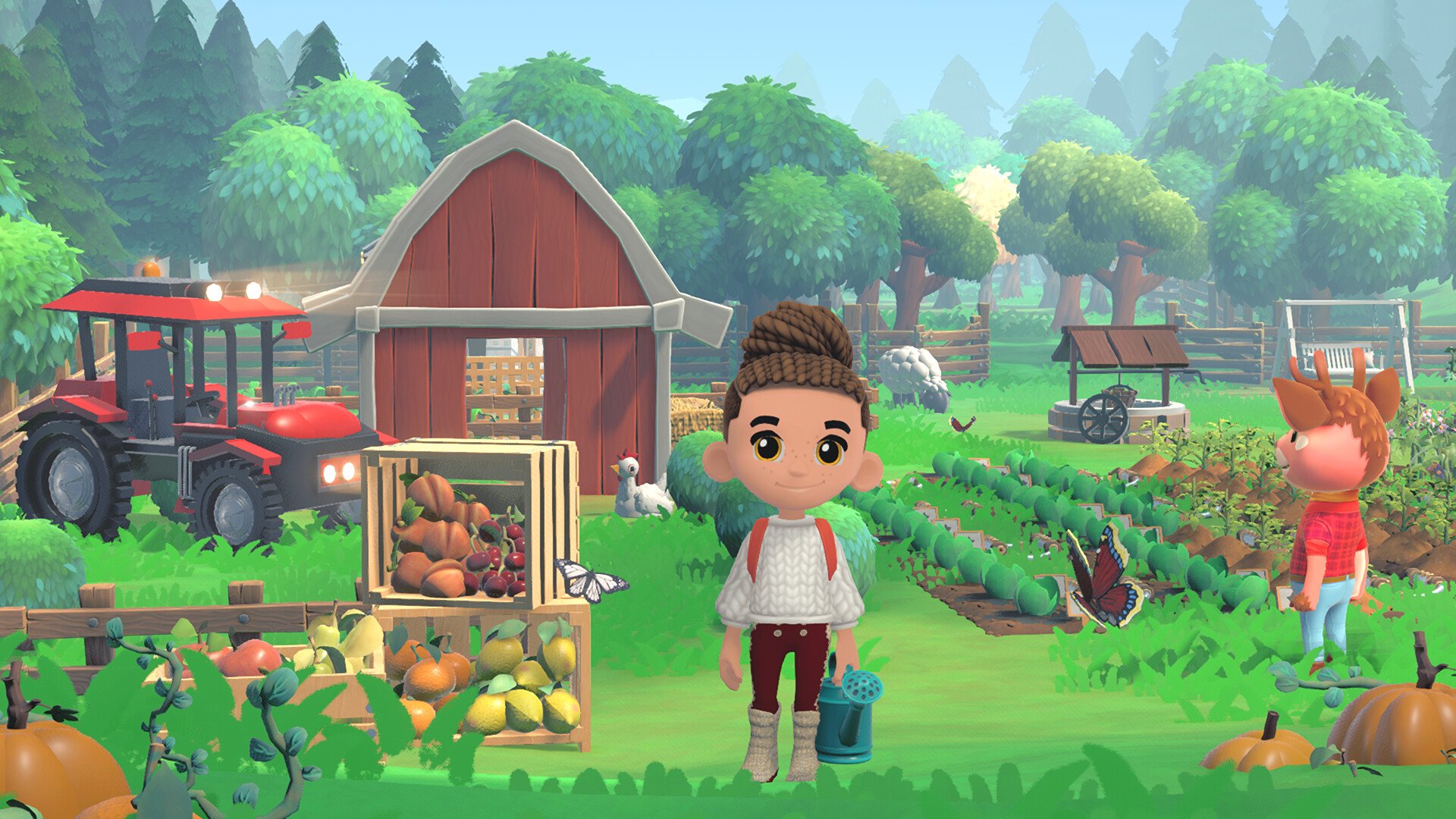 Hokko Life is a game that appeals to players who want to be in a community. Similar to Stardew Valley Hokko Life invites players to shirk the responsibilities of the world in favor of the relaxing experience within it. Players have the ability to customize a number of things in the game. The items that are able to be customized range from furniture to clothing and many many more.

Players who wish to can tend to their garden. Players who fancy themselves hunters can also hunt bugs within the game. While the game may have recently launched it has a lot of content to offer players still. Players can accomplish their goals by using the workshop that allows for the crafting of items. There also exists a seasonal system within the game that affects the player’s crops. Similar to Animal Crossing the players can also have their favorite villagers to play with in their town. In conclusion, Hokko Life is an amazing game that is reminiscent of the Slime Rancher series and should be enjoyed by all.

So, what do you think of these 5  Indie Games That Are Like Slime Rancher 2? Do you agree with our top five picks? Are there any games we should know about? Let us know over on our socials here or down in the comments below.

Slime Rancher 2: The 5 Best Slimes and How to Capture Them