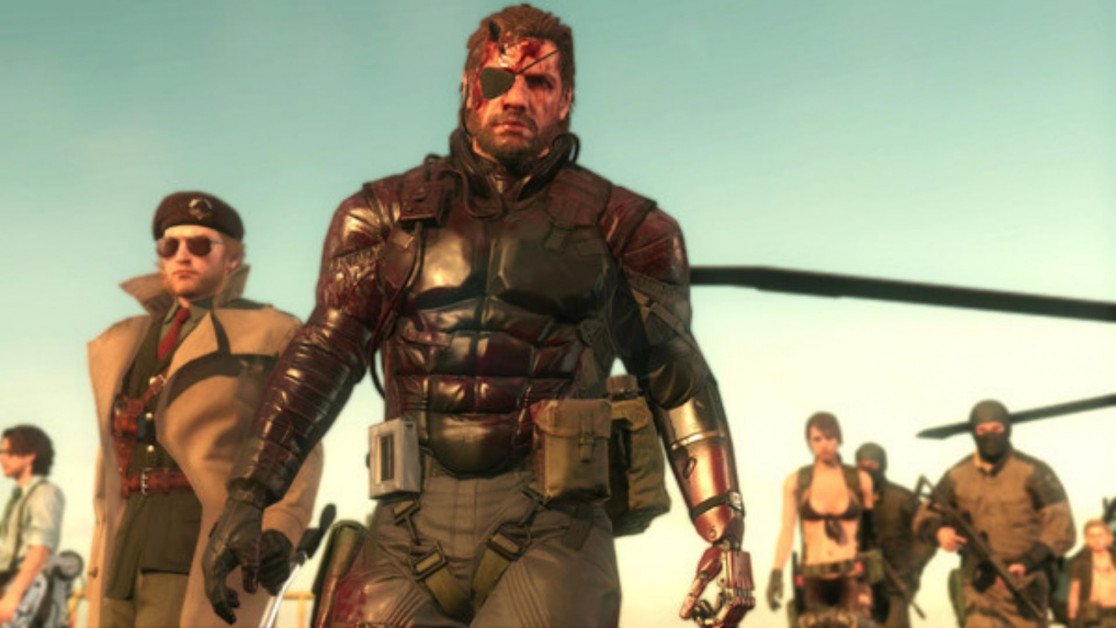 Metal Gear games have been in existence for over three decades now, with its first edition, the Metal Gear game, released in 1987. Created by Hideo Kojima, these stealth games have evolved through several sequels, spin-offs and remakes. The result is an iconic, longest-running series, capturing unforgettable stories and major action blockbuster films.

It sounds ambitious ranking Metal Gear games, given that most were near perfect. However, there are a few whose experiences were unmatched. This article will rank the five best Metal Games of all time from worst to best based on critical acclaim and overall experience.

The Phantom Pain is considered one of the most high-quality editions of the franchise. This is because it encompassed the innovation and technicalities of a genuinely unique stealth-action game. Its release attracted high praise for implementing a highly detailed open-world concept. It maintains beautiful landscapes and impressive mechanics extenuated by a nonlinear immersive storyline. In essence, every quest in this game allowed multiple execution points of view and slight suggestions to the storyline. Furthermore, it incorporates a wide range of weapons and companions to team up with. An interesting concept is incorporating new story elements that you only experience when you revisit your vase to greet your soldiers or discover secrets.

Unfortunately, the impressive detailing of the game created room for unresolved storylines. Later, the issues with the storylines were revealed to stem from the conflict between Kojima and Konami. It is rumored that a big chunk of the game had to be scraped off from the final product, thus the unfinished feeling to the storylines. Nevertheless, this edition proved worthy of stealth high-quality games acclamation with a semi-flawed recipe for greatness.

Characterized by fan service, Guns of the Patriots sought to wrap up its Solid Snake prequel storylines. It was to be Kojima’s final Metal Gear game. The only fault was the lengthy cutscenes totalling eight hours in total. Otherwise, this game provided newer systems and open-ended fields, allowing players to immerse seamlessly in it. A key feature is a literal fistfight with a Metal Gear from inside a thrilling mech robot.

The storylines can be pretty hard to follow, especially for newcomers. Longer cutscenes certainly don’t ease you into the tactics in the game. However, with patience, you will find it quite enticing to play. Other experts argue the linearity in the game’s design and a few underutilized mechanics leave fans reminiscent of the memories in its previous games. With its quality graphics still impressive today, we commend its attempt to offer personable storylines. Overall, fans appreciate its standard and excellent touches that introduced many people to the franchise.

As the first Metal Gear Solid game, Kojima outdid himself in refining the classic Metal Gear games without dismissing its ideas completely. Among the most praised features of this game include high-quality stealth action, mechanics, and memorable storylines. To date, this game is arguably a legendary foundation for modern stealth games.

Although, The graphics and play mechanics may be muddled and outdated, it set the stage for how far video gaming could go. This is when the concept of 3D first expressed the glimpses of greatness seen in today’s games. Its storyline was compelling for its time, giving forth one of the favorite villains in gaming: Liquid Snake. By merging cinematic prowess and gaming systems, Kojima successfully championed this modern spy game to history’s then-unparalleled stealth games of all time.

After Metal Gear Solid’s release, fans could not wait for the next sequel to the series, and Kojima delivered. While the experience was not exemplary, its gameplay was more ambitious with a more menacing tone. At the time, fans were displeased that Solid Snake was not a primary protagonist. However, Raiden did not disappoint with the game’s first introduction to censorship and fake news themes.

With new territories to explore and some of the most memorable battles in the franchise, its story is most interesting to accomplish challenging objectives. An added perk is working with Solid Snake instead of playing as the character most fans had come to love. For a moment, it may insinuate a competitive nature to live up to the legend. The improvements made in this game offered incredible scenes and an excellent sequel to its predecessor.

Marking the beginning of the series chronology, Metal Gear Solid 3: Snake Eater was the best Metal Gear game to date. It introduces the acclaimed villain ‘Big Boss’ as Naked Snake set during the Cold War. Previous games had two main faults. Firstly, they focused mainly on linear storylines, which didn’t give much freedom to explore the fun. Second, interior settings often had cramped hallways and rooms that impacted the game’s overall aesthetic.

This edition, however, threw players into the Soviet jungle from the start. You would then need to rely on your surroundings to accomplish quests. Therefore, this game was the pioneer to modern open-world approaches that offer freedom explorations without a set of choices to pick from. Fans of the game’s predecessors thought of it as their favorite edition, and we could not agree more. Some of the other perks of the game include survival mechanics such as hunger, thirst, and treatment of wounds rather than taking medication. Furthermore, you could experiment with tactical scenarios like destroying food stores or armories to fight enemies.

With some of the most captivating stories that set the tone for the origin and motivation of future characters, this game makes it essential to go back to or simply relive rewarding moments in the series.

And there you go. Do let us know in our socials here or comments below which Metal Gear games stood out for you.

5 Best PlayStation Plus Months of All Time