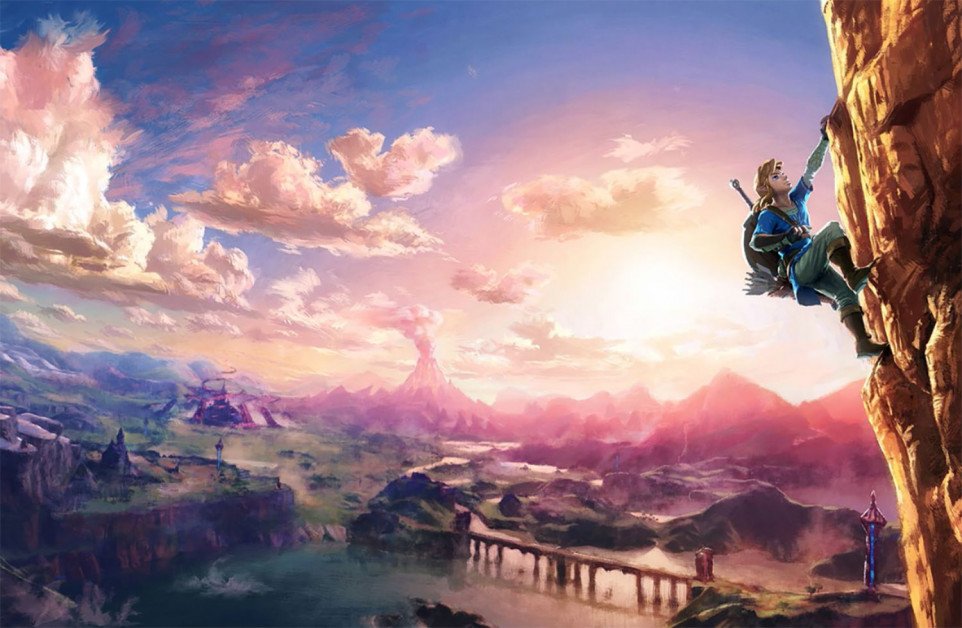 Breath of the Wild has to be one of the most influential open-world games on the Switch to date, courtesy of Nintendo’s impeccable ability to not only capture the enchanting kingdom of Hyrule, but to fill it with a plethora of instantly recognizable material. Since its 2017 launch, plenty have stepped up to capture that same Hyrulian essence that made the Switch exclusive a celebrated staple, though only few have managed to break the mold and create something worth talking about.

With the sequel on the horizon and a set amount of time left before it seizes control of our devices, we’re able to divvy up some room in our diaries to let others hoist their colors. And so, if you, like us, are biding your time by playing games directly inspired by Breath of the Wild, then allow us to give you a nudge in the right direction.

Given the fact that Genshin Impact was mistaken for a Breath of the Wild game on launch, it does give us more the reason to treat it as such. Though, in spite of the waves of criticism it received following its global debut for that reason alone, players did find a great deal of originality nestled deep within its core.

Where you’d usually find Breath of the Wild somewhat lonely and isolated, Genshin Impact asks that you form a team to traverse the world with. It becomes less of a lone wolf sort of situation, and much more of a combined effort, where every member contributes towards the overall power of the collective. Of course, it does border Breath of the Wild’s visuals, but it does have its neatly pressed pocket of content, one that has more than enough to keep you shoveling through.

If you’re wanting to scratch that Breath of the Wild itch, then think of Immortals Fenyx Rising as a sort of cheese grater. On one hand, it’ll dig deep enough to remove the annoyance, but on the other, it’ll most definitely remind you of your time in Hyrule—and how you’re no longer there, throwing down with Ganon and gliding your way from one landmark to the next.

Look past the blatant nod to Breath of the Wild, of course, and you’re in for a ridiculously good time. As an experience that boasts a huge open-world playground as well as all the standard Ubisoft features, players can dive into a well-rounded experience that rallies all the greatest components for one epic journey. The only caveat is, well—it’s a lot harder to survive in The Golden Isle than it is in Hyrule. Take that as a challenge to overcome, or a reason to steer clear. Your call.

3. Oceanhorn 2: Knights of the Lost Realm

It’s incredibly easy to mistake Oceanhorn 2: Knights of the Lost Realm for Breath of the Wild simply because, well—look at it. The defining features that both Link and Hero share are, if anything, a little too similar. Although not a direct clone, it’s easy to see where Cornfox & Bros. nabbed their inspiration from, and it didn’t exactly help that Outcast Island wound up being a watered-down version of Hyrule, either.

That all being said, Knights of the Lost Realm was still a fantastic game, and definitely one Apple Arcade should be proud to display in this day an age. Complete with a healthy and vigorous world, a whole bunch of monster-infested dungeons, and a frosting of forts to conquer, the game strikes a sweet balance that’ll keep any player engaged for the long haul. And if that doesn’t keep you ticking over, then Breath of the Wild certainly will, seeing as it’s basically the same game—only more of it.

Tunic is far less of a Breath of the Wild clone, and more of an Adventures of Link type of getup, minus the fact that you play as a fox, as opposed to a forest child in green tights. And while it’s no secret that developer Andrew Shouldice borrowed a few notes from Nintendo’s book, it was a surprise to see how much of Tunic actually played out like Zelda’s earlier dungeon crawler works.

Set the similarities aside, of course, and you’re still left with two outstanding video games. Tunic, being a game developed by a team of one, brought a whole isometric world to life, making room for a treasure trove of puzzles, dungeons, and obtainable loot. Not quite the Breath of the Wild rip-off you were expecting, but a fleshed out world with enough references to keep you smiling from ear to ear, no less.

Pokémon Legends: Arceus is a hybrid of Monster Hunter Rise, and of course, Breath of the Wild. It’s difficult to picture it as anything else, to be fair, and it plays into the hands of Zelda fans surprisingly well. Though, influences aside, Arceus was definitely Nintendo’s most ambitious Pokémon game to date, and an extraordinarily well stitched open world exclusive that Switch fans could brag about.

On one hand, Arceus employed all the usual components that made previous Pokémon games flushed in renown. Gym leaders, badges, mythical Pokémon strapped with otherworldly abilities—you know the deal. The only major difference here was that Arceus had that Breath of the Wild touch to it, and it came through when out exploring its stunning open world. And then some.

5 Best Moving Out Games of All Time, Ranked