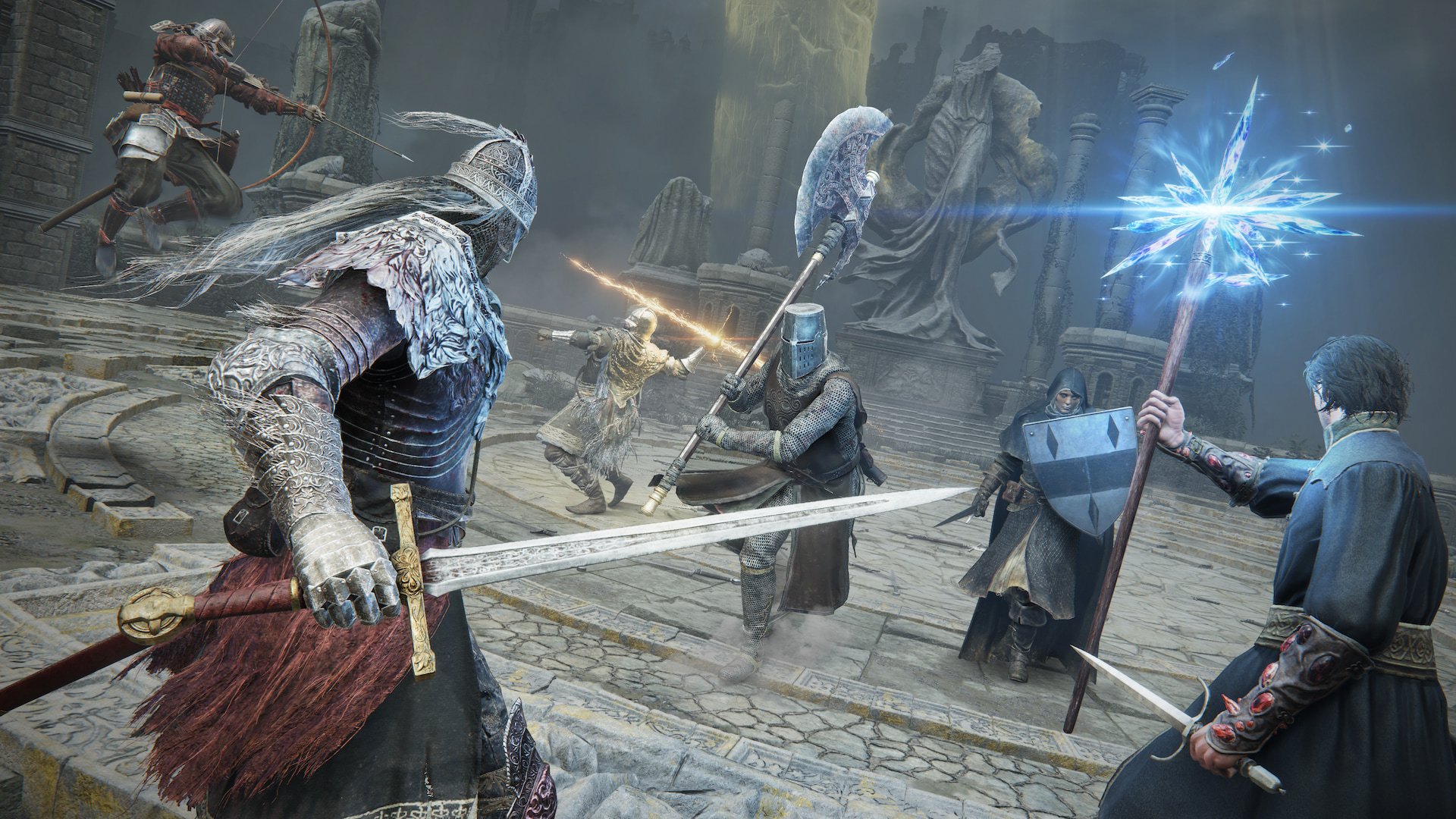 With the release of Elden Ring Colosseum, every maidenless wandering The Lands Between is preparing to put their builds and fighting prowess to the test in the game’s new online PvP mode. That being said, the combat in Elden Ring Colosseum is just as difficult, if not more so, than most of the mobs and bosses encountered in the single-player story. That’s because players have perfected their builds in terms of effectiveness and execution. Nonetheless, it is not your weapon and armor that will always propel you to success. The majority of the time, it’s just the simple tricks of the trade that have players coming out on top. That’s why we’ve got you covered with these five essential tips for beginners, that the bests Tarnished utilize in Elden Ring Colosseum. So read on to find out what they are! 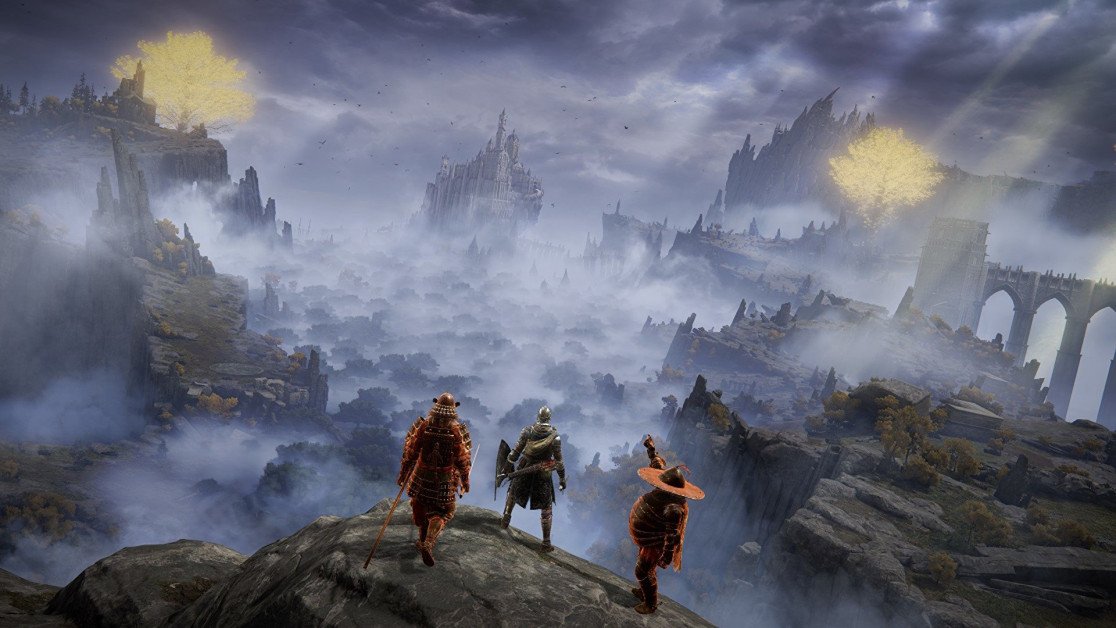 The first tip for beginners is to familiarize yourself with the various game modes available in Elden Ring Colosseum and how to access them. To get into Elden Rings PvP mode, you’ll have to enter through one of the games Colosseums. The Limgrave Colosseum offers United Combat (Teams) and Combat Ordeal (Free-for-all). Leyndell Colosseum is exclusively for 1v1 Duels Only.

The last one is Caelid Colosseum. This arena features all of the game modes mentioned above. The reason being is that it’s the only colosseum that enables the use of Spirited Ashes in PvP. This is a new addition to the meta of FromSoftwares PvP in Elden Ring that is a lot of fun to use. So, if you want to try it out, you’ll have to go to Caelid Colosseum. The others simply provide regular PvP without the aid of these spirited assistants.

4. The Basics of Fighting 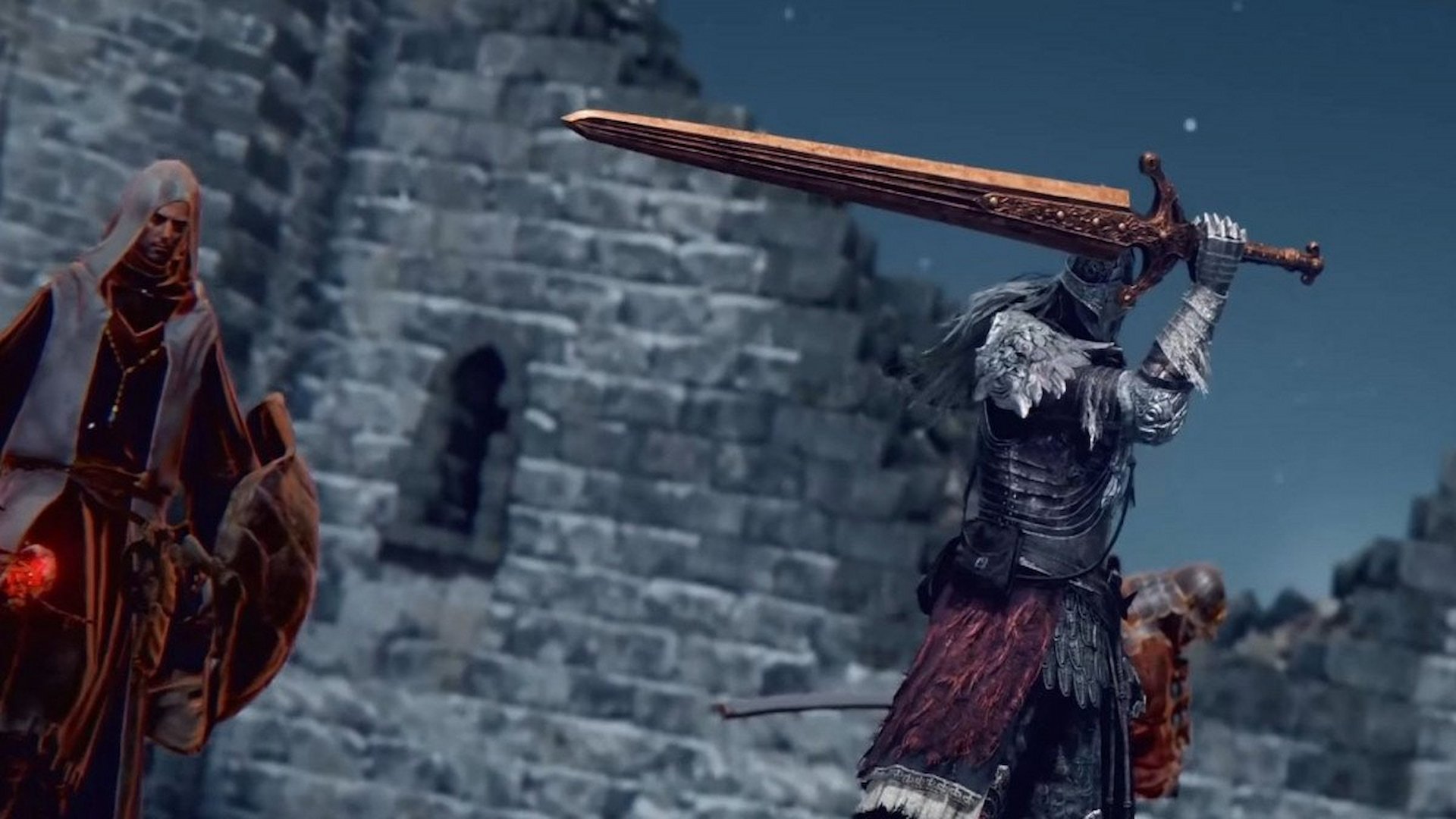 Whether you’re participating in team battles, free-for-alls, or one-on-one duels the fundamentals of the game’s combat still apply. That is, dodge, parry, and heal. It’s no different than fighting mobs in single-player; you always want to dodge/parry someone else’s attack before dishing out your own. If you try to beat them to the punch, you’re risking the chance of getting slashed down with a quick combo. Of course, if you’re good at parrying attacks, this is the best way to counter opponents’ moves. Because, many Elden Ring Colosseum players, believe it or not, still don’t know how to parry attacks.

Of course, to parry, you’ll need to equip a shield. Then to land a successful parry, you want to hit the block button right before your opponent’s attack lands. This will counter their attack, knock them off balance, and leave them open to being hit. If you don’t want to use a shield, then you’ll mainly rely on the dodge/roll mechanic to counter opponents’ attacks. These are the essential tips for beginners that apply to the game’s combat, and they should be your first and foremost thought throughout every fight. 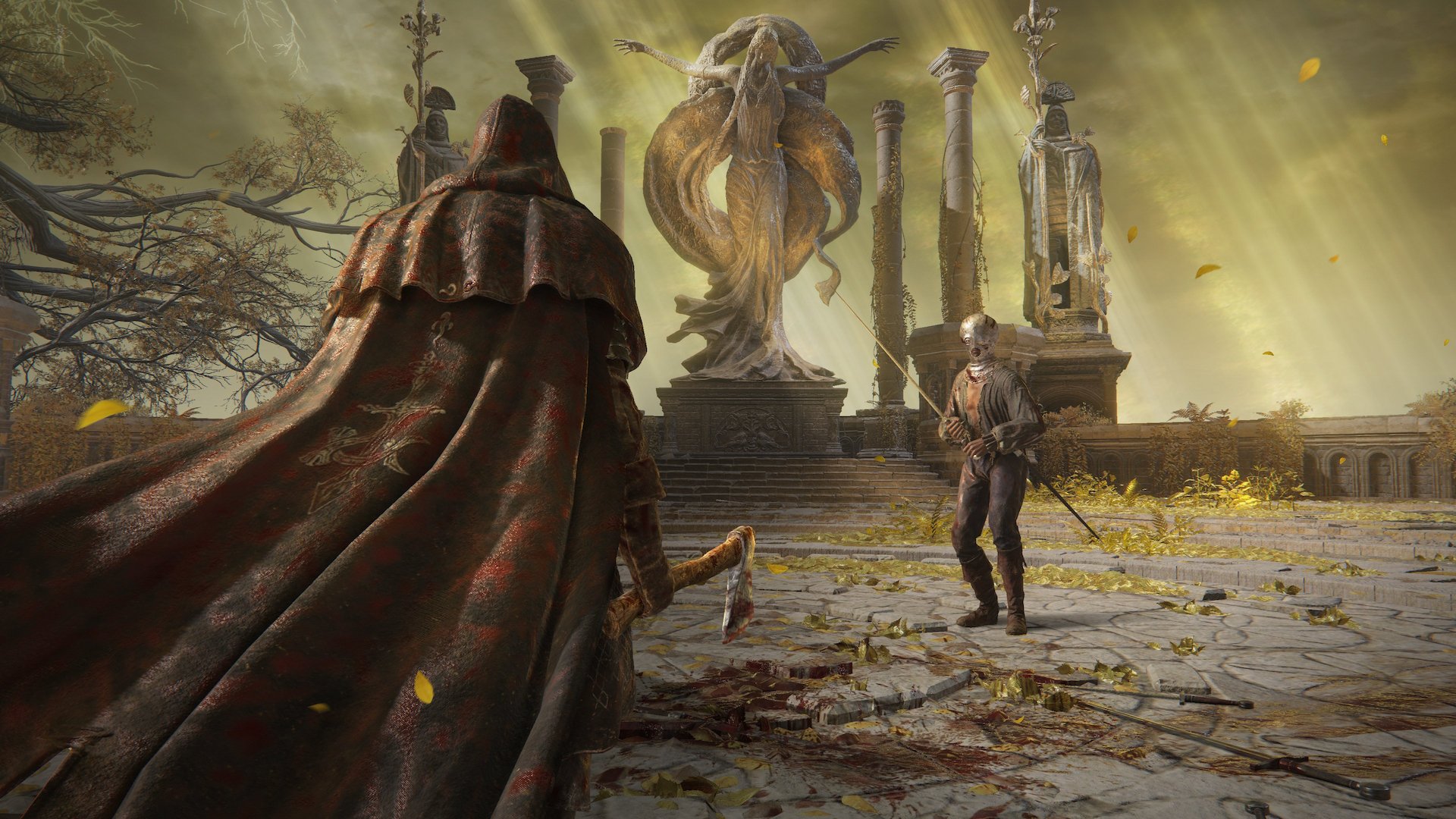 We’ve all been there: you’ve grinded your way through a fight and are just a few hits away from killing your opponent. However, you are also in poor health. Still, we foolishly throw caution to the wind and dive in for those last few hits, only to get one shot and have to start the fight all over. It’s a rage-inducing, controller-smashing part of the game. That is why one of the most important tips for beginners of Elden Ring Colosseum, which also applies as one of the game’s fundamentals, is to not get greedy.

Unless you have more than two-thirds of your health, you always want to disengage and get a Flask of Crimson Tears off. Even if it means your opponent will as well. Because, at the end of the day, your opponent will know you are eager to take advantage of them while they are vulnerable and will most likely predict your basic attack fairly easily, and vice versa. With all of that said, make sure you time your Flask of Crimson Tears correctly. If there isn’t a window of opportunity to get one off, then play on the defensive side and persevere through the fight. 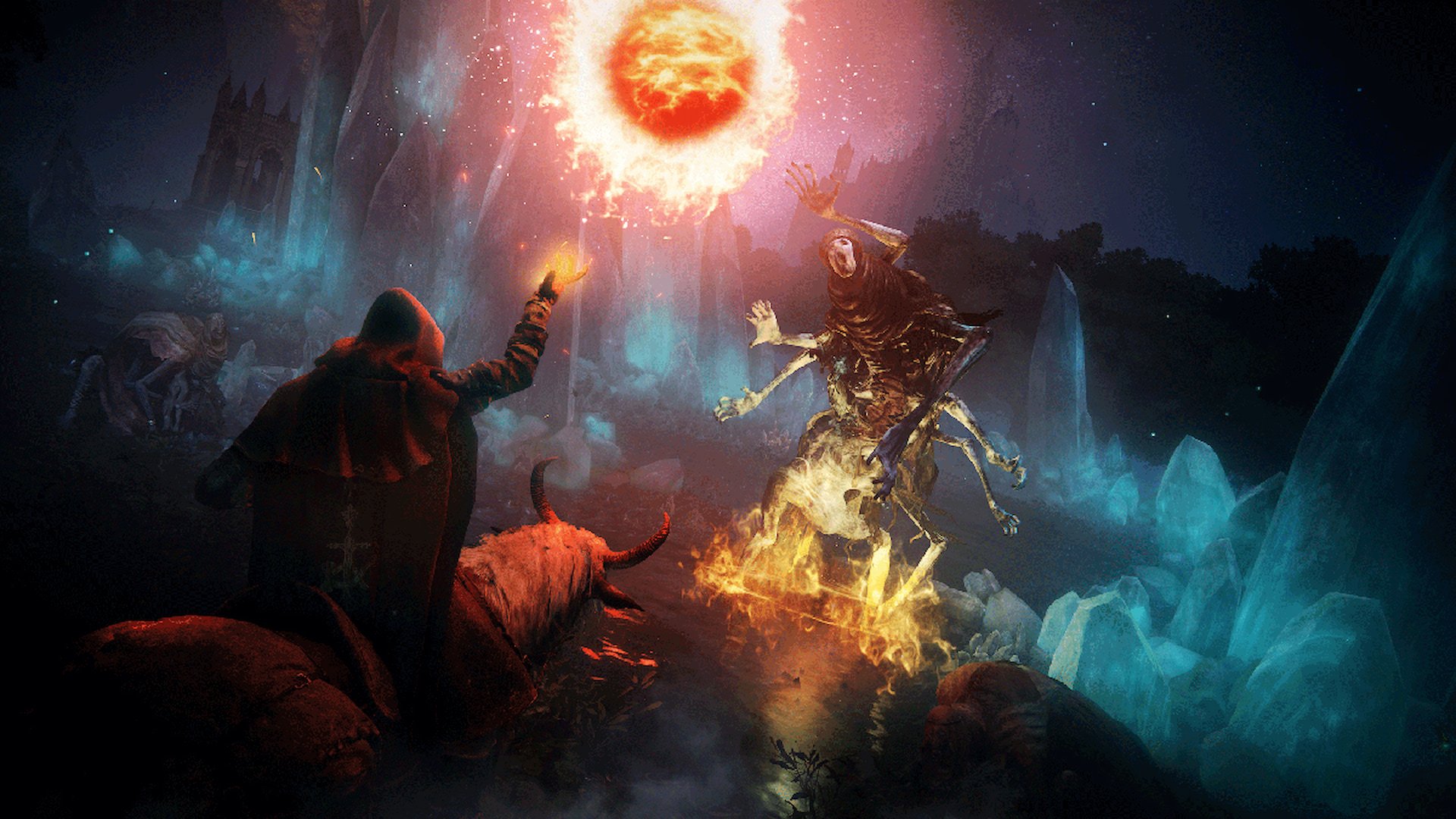 One thing you’ll notice in Elden Ring Colosseum is that there are a lot of mage players who focus solely on the range of magic abilities. That’s because Spells and Incantations are extremely powerful. As a result, one of the best tips for beginners is to include at least one of these ranged attacks in your arsenal. Rather than concentrating solely on your melee weapon attacks. One of the most important reasons for this is that it can provide you with a window of opportunity to get your Flask of Crimson Tears off.

On the other hand, you can also use it to prevent other players from getting their flasks off. Now, you don’t necessarily have to use the game’s magic. Other viable options are equipping throwing knives or a bow/crossbow. 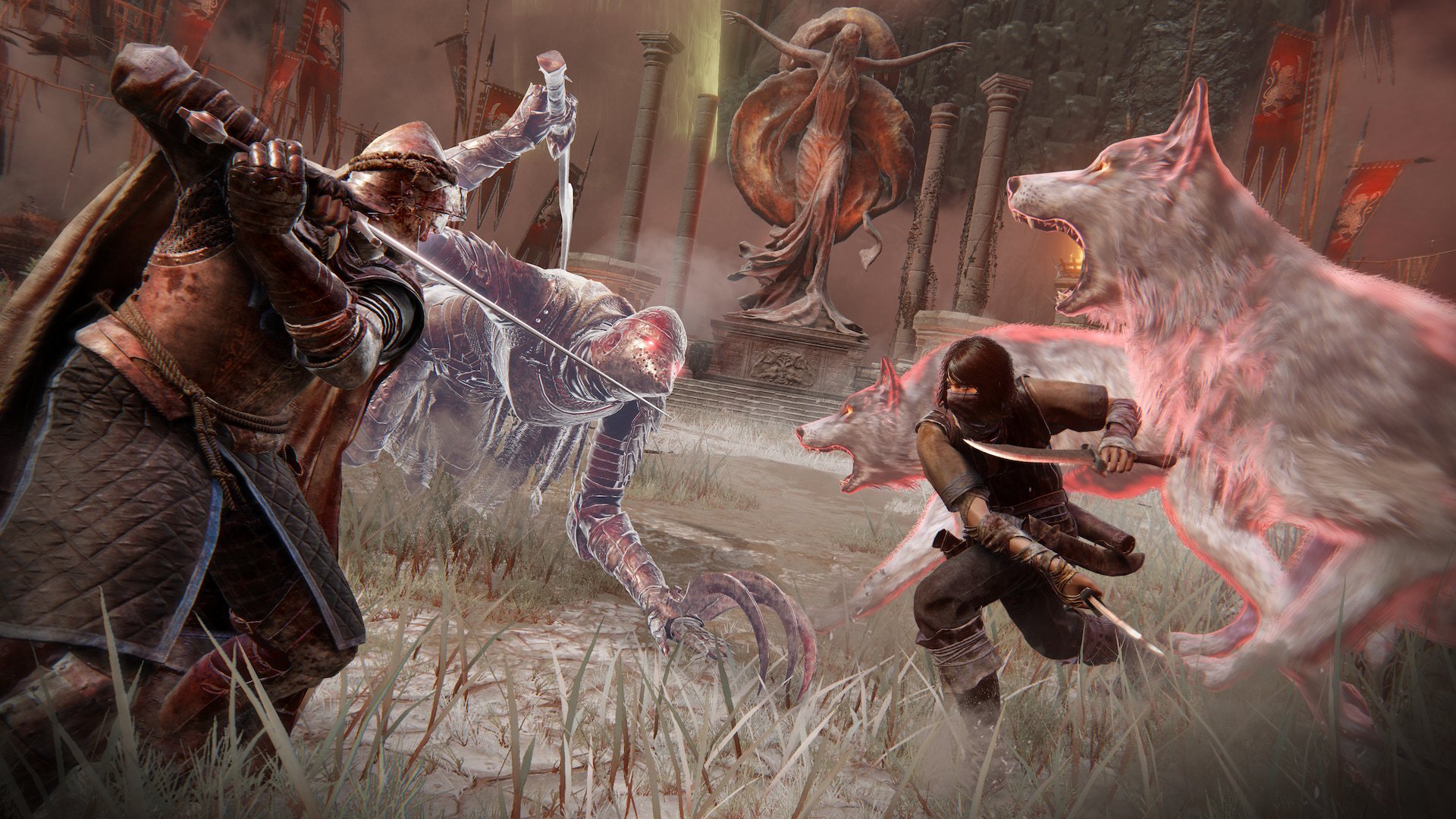 One of the biggest changes to the PvP meta in Elden Ring Colosseum is Spirited Ashes. That is, you can cast spirited ashes in all of the PvP game modes (exclusive to Caelid Colosseum), which can be huge game-changers. As a result, one of the best tips for beginners we can give is to make sure you have some Spirited Ashes on hand. You’ve probably used Spirited Ashes in one of the game’s many boss fights, which can greatly assist in distracting your opponent and allowing you to land some early hits without taking any damage. The case is no different in Elden Ring Colosseum.

Some of the best Spirited Ashes we recommend are – Bloodhound Knight Floh, Oracle Envoy, Radahn Soldiers, Greatshield Soldiers, Wolves, Black Knife Tiche, and of course, the Mimic Tear. Utilizing these is essential to winning fights. Plus, it makes the team fights a chaotically fun experience.

So, what’s your take? Do you agree with our five tips? Are there other tips for beginners of Elden Ring Colosseum that we should know about? Let us know in the comments below or over on our socials here!

Time Flies: Everything We Know