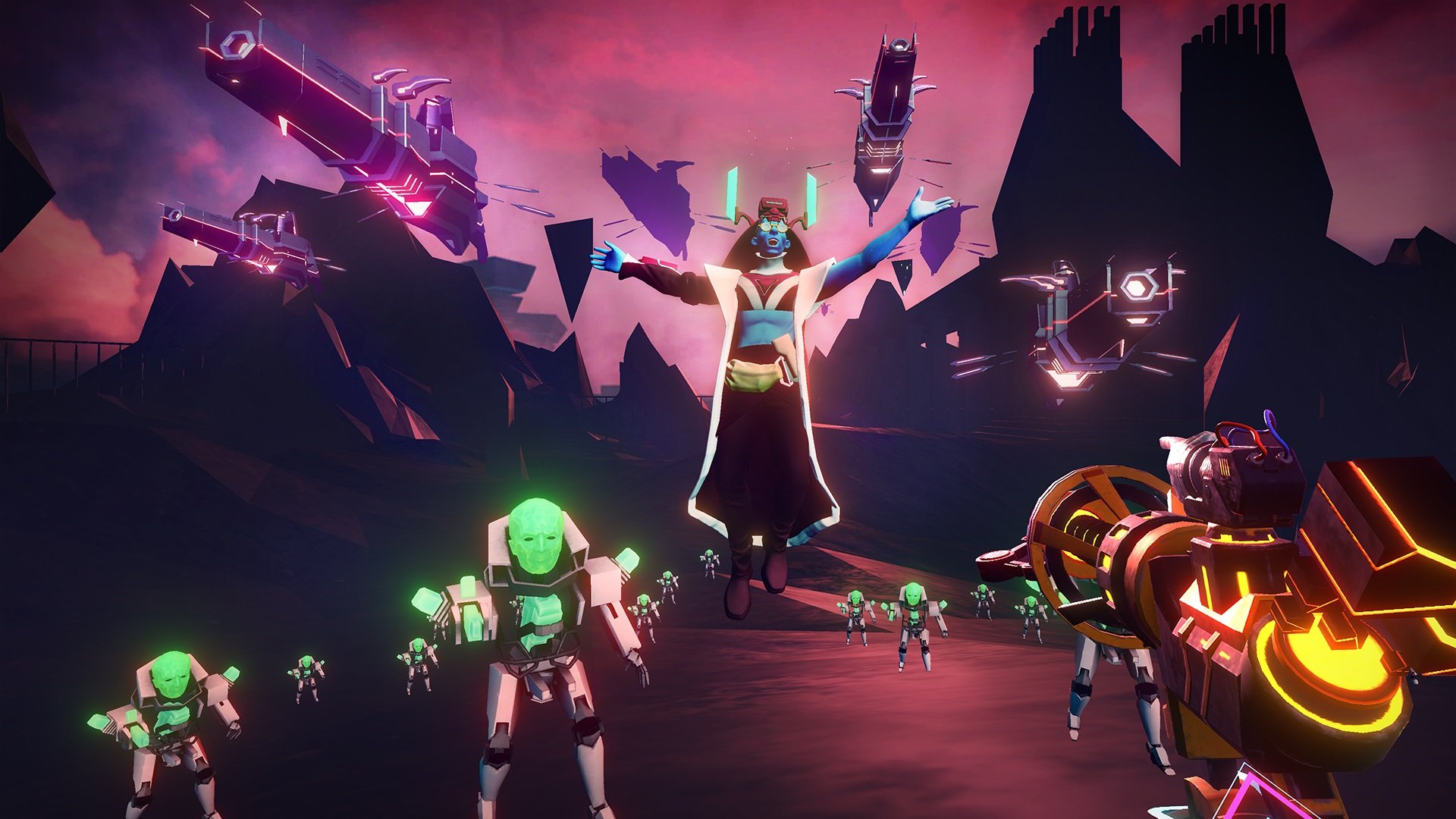 Virtual Reality games continue to grow more and more popular by the day with more games hitting the stores compatible with the growing list of VR controllers available today. Of course, some games are already fan favorites, optimized to become VR counterparts that you can re-experience in a new light. Superhot from the Superhot developing team, for instance, is not a new player in the game, with its already critically acclaimed and commercially successful FPS shooter sitting well with the gaming community.

Superhot’s feedback was so good, it was a no-brainer to redesign the game from the ground up for VR. And dare we say this decision is the best one yet seeing as Superhot VR latched on to the mind and souls of many with such ease. But even the best games out there grow on you. Soon, you’ll want to explore a world different from Superhot. Still, elegantly brutal, but new, fresh. If you’re looking to experience something similar to Superhot VR, these five best VR games like Superhot VR are a great place to start.

If you’ve ever wondered what it’s like commanding a submarine, IronWolf VR is the way to go. Designed to emulate a real-world submarine as closely as possible, IronWolf VR is the closest you’ll get to commanding your own submarine, immersing you in a room-scale single-player or online co-op with motion controls, and giving you full access to all the controls from Rihanna’s Battleship.

As commanding officer, you’ll be forced to make tough decisions, unleashing torpedoes on enemy ships, dropping dead fighters and bombers with anti-aircraft guns, and finding ways to survive the retaliation from deadly destroyers around you. It’s a great way to reexperience VR in a different way, certainly feeling the weight of the action and with the freedom to switch up roles on the sub as you’d like. But if the sub-life isn’t anything you’d dreamed of, you could opt for space life on a hostile alien planet.

Farpoint brings your space fantasy to life. A group of astronauts has been launched into space to find a spacecraft that mysteriously disappeared near Jupiter but a strange portal opened up, whisking them off to a hostile alien planet. And you’ve been tasked with seeking them out and leading them to safety.

Now, admittedly, Farpoint’s story and combat are a little underwhelming as a sole FPS shooter game, but the VR experience definitely takes it a notch higher with the precise motion trackers that make it especially intense when reimagining the game’s gory sci-fi and delivering the experience straight to your living room.

Using PlayStations VR Aim Controller, you can interact directly within virtual reality. So as you shoot up hostile aliens, each moment will feel surreal even as you experience space adventures on faraway planets. And as you save your team and find your way home, your skills will become sharpened just in time for another round of playing Superhot VR.

3. Until Dawn: Rush of Blood

Perhaps a harrowing, nightmarish horror game is more up your lane? Until Dawn: Rush of Blood comes closest to bringing an authentic jump scare to life finely knit together in a compact pitch-perfect shooter experience through a haunted house crawling with all manner of sinister beings. Brace yourself for a packed seven-level adventure filled with secrets hidden in the dark. The levels have difficulty options, and you even get to compete with other spooky lovers for the top spot on online leaderboards.

While Superhot VR doesn’t give you jump scares or spooky adventures through haunted houses, it does immerse you in a surreal shoot-out, one that you might want to reexperience in a new light. So, if you’re looking for chills, the kind that you can feel running down your spine, and want to explore the rush of an unexpected face-off against zombies, monsters, and other sinister beings, do check out Until Dawn: Rush of Blood. Shooting up all manner of rather spooky enemies while hitching a rollercoaster ride from hell certainly draws an on-rails kind of fun into any shooter fan.

Beat Saber is a classic in the VR space that’s all about music and rhythm. The game’s concept is simple. Using light and blue lightsabers, the player slashes blocks that take after musical beats in time to the music, all while immersed in a surreal neon environment. Beat Saber’s overly simplistic gameplay has drawn in an impressive player base, with several acclaims for the obvious work put into developing the game. Plus, it makes for a really good workout, with the option to switch up difficulty levels and play them over and over again without them feeling redundant.

The music is great, seeing as it’s a major part of the rhythmic aspect of the game, with adrenaline-infused beats to keep you moving, and marrying well with the beat blocks flying toward you. The neon is an ingenious choice, bringing a futuristic feel, and immersing you into a world that makes you dance. Even though the concept feels simplistic, you can’t help but vibe to the rhythm, effortlessly coming back for more. It’s a work of art.

1. Blasters of the Universe

Blasters of the Universe Trailer

The game stays true to its name, delivering an absolute blast to play with preciseness and responsiveness neatly sculpted to perfection through its motion controls and headset tracking. It can get hectic, constantly needing to dodge away from the action, but isn’t that exactly what you’re here for? Armed with a gun and shield, you’ll certainly have more fun than foul, ultimately feeling like a superhero across a super thrilling experience.

So, what’s your take? Is there a game you can’t wait to play? Are there more games like Superhot VR you’d like us to know about? Let us know in the comments or over on our socials here.