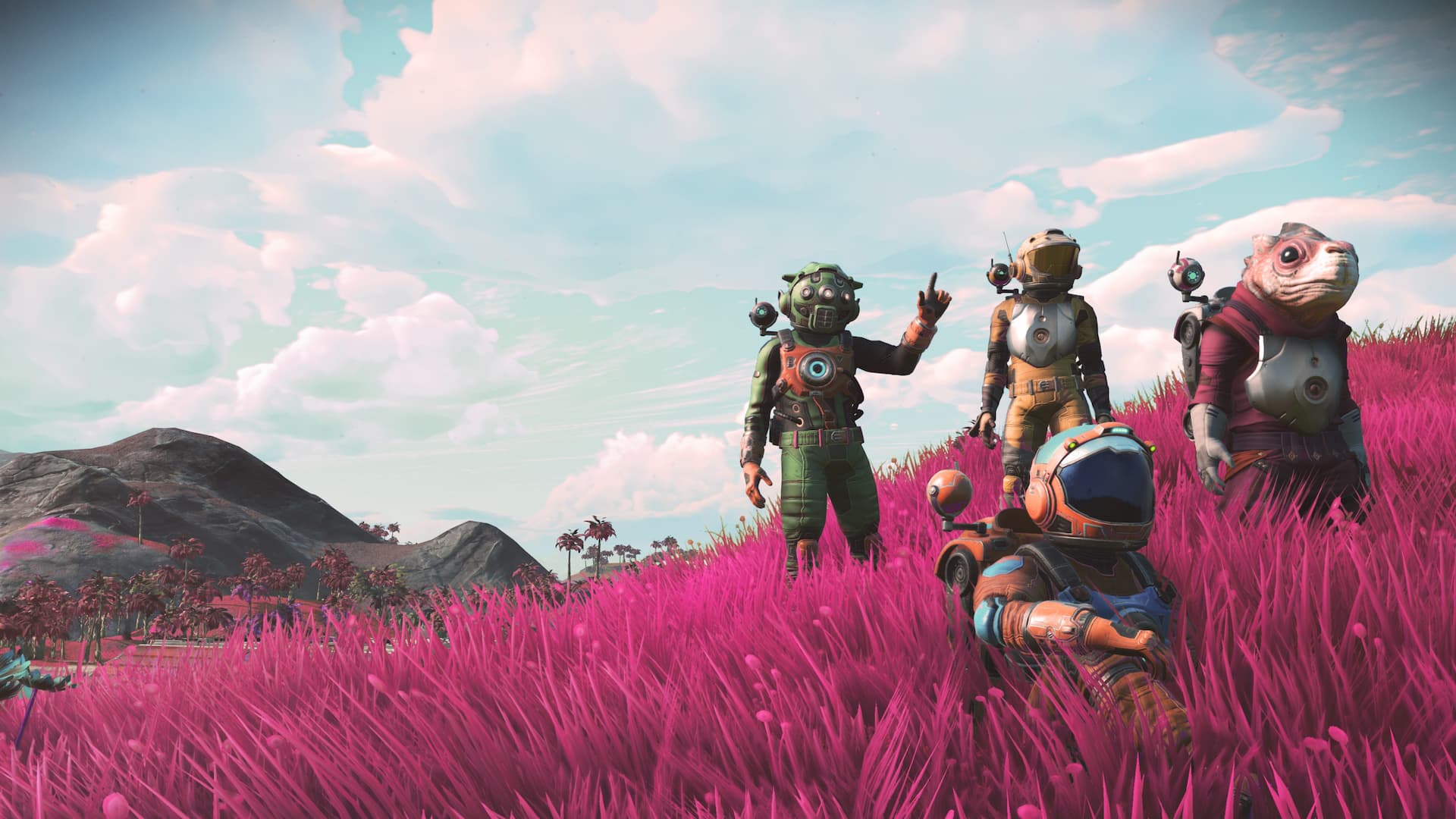 Sandbox games are the definition of complete and utter gaming freedom. That’s because, like open-world games, sandbox allows you to explore to your heart’s content. However, what sets sandboxes apart from open-world, is the fact that you don’t have a set story to follow, leaving you to do whatever you please. It truly is gaming freedom when there are no restrictions or limits on how you want to play. That’s why we want to find the five best sandbox games that next-gen consoles currently have to offer.

There is a long list of fantastic sandboxes, but if they don’t work on both the PlayStation 5 and the Xbox Series X/S, they won’t be here. This list is geared toward next-gen console players looking for their next sandbox adventure. Which you will certainly find here and may even become glued to the game for a while. Because the best thing about sandbox games is that there is always something new to do and explore, making them a constantly refreshing experience. So, you can rely on any game on this list of the best next-gen sandbox games to deliver that for you.

Set in a post-apocalyptic wasteland, Rust is a survival sandbox game, that can be compared to titles like Ark: Survival Evolved and DayZ.  In that, the main overarching goal is to survive by any means possible. However, how you choose to survive and carry out your life is completely up to you. You can be a lone ranger living off the land or make some friends and team up for protection. You can even be a music boy, running into battle and playing an instrument for immersion. Which you may find players doing far too often, but that’s the greatness of Rust – there are no rules.

Build a town with your friends, trade with other players, or spy on them and raid their resources. You can ride horses, command vehicles, or be the eyes from the sky in a helicopter. You can even find hidden in-game settlements, and monuments, and fight the factions that reside in them. It’s more appealing than it sounds, but Rust is your post-apocalyptic oyster. So, if you enjoy sandbox survival games with a vibrant community, Rust is unquestionably one of the best.

Before its release, No Man’s Sky was being built up to be the best space sandbox exploration game to ever come. Well, it was released in full in 2016, and it’s safe to say the game flopped as fans were outraged that the game didn’t deliver on many of the in-game elements they were promised, as well as the numerous bugs that came with it. Since 2016, and the game’s release on the PlayStation 5 and Xbox Series X/S in 2020, a lot has changed, now making No Man’s Sky a viable and beautiful sandbox game.

It’s a shame many players gave up on the game, but the good news is that the devs didn’t. Since 2016, the game has seen 17 major updates that have brought the game to realize its full potential.

The game now has an infinite number of planets and galaxies to explore, alien settlements to take over, complete freighter ships to build, and an extensive base-building system. With it, you can be whoever you want to be, from a space pirate fighting outlaw, an expert merchant, or even a scientist researching the cultures and species that exist in the abyss. So, forget everything you’ve heard about No Man’s Sky, as the game is now without a doubt, the best space-themed sandbox game you can experience on next-gen.

The Red Dead Redemption 2’s campaign is open-world, but it isn’t exactly a sandbox because there is a set path you must follow to progress in the game. If you want complete freedom to roam the wild west as you please, try Red Dead Online. There is some PvP online, but it is usually stimulated by player interactions, resulting in a good amount of western-themed immersion. Aside from that, whatever you want to do is entirely up to you, as there are numerous options.

You can go hunting, fishing, or even gamble at the local casino if you wish. Among that, you can come across stranger missions, hideouts, and ambushes, and freely roam the western land looking to uncover its secrets and rid it of outlaws. Or, get in a feud with another pair of cowboys, and meet at the town square for a duel. What sets Red Dead Online sandbox apart is that the community playing it is usually die-hard fans of the game, looking to bring the immersion to its sandbox counterpart, Red Dead Online.

Hands down, GTA Online is one of the wildest and most adventurous MMO sandboxes out there. The open city of Los Santos is literally crawling with money-fueled criminals like yourself. And what goes with living the high life are the crazy adventures that come with it. We can barely tap into the world of possibilities GTA Online offers, but here’s a taste.

You can go on a heist with a group of friends, enter a drag race, fly a jet around the city causing havoc, or simply enjoy a round of golf or a game of tennis. There are also tons of custom game modes, like online supercar races, death runs, manhunt, demolition derby, cops and robbers, really whatever you can think of within the confines of the game. The sandbox possibilities in GTA Online stem far and wide. That’s also why GTA Online has been running successfully for nine years, with gamers never tiring of it, because it truly is a sandbox with limitless possibilities.

Arguably the greatest sandbox game of the last two decades is Minecraft. And its 238 million copies sold worldwide is good evidence to support that. Also, PlayStation 5 users don’t stress, Mincecraft is available on PS5, although it doesn’t list it on the PlayStation store. It’s simply that it will run as it would on PS4, not utilizing the PS5 to its full potential, which really isn’t too concerning for Minecraft since it’s not a demanding game.

Basically, Minecraft is an open-world sandbox, where you can craft, build, and create anything you can possibly conceive. Just look at the best Minecraft builds of 2022 for a taste of what you can do. But that’s simply with the building. That’s not including the many mysteries and secrets to uncover in the land. The animals and vegetation you can farm, or the weapons and armor you can build for battle.

Then when it comes to Minecraft online, basically there’s a server for every type of game mode from battle royale, and role-playing, to open-world PvP survival and so much more. Minecraft is at the top of our list, because it is undoubtedly the best sandbox game on next-gen, really with no confines and unlimited possibilities.

So, what’s your take? Do you agree with our top five? Are there other games sandbox games on next-gen that we should know about? Let us know in the comments below or over on our socials here!